Designed by Ken Fischer and built in Louisiana, the Komet 60 is a modern classic valve amp par excellence. 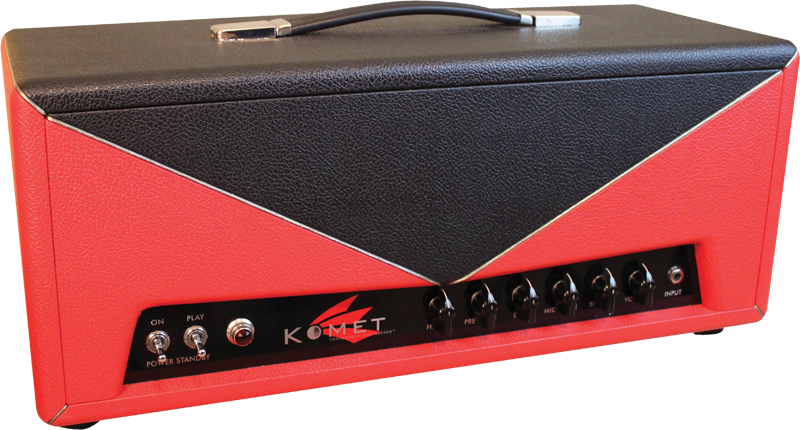 I first heard talk of this fabled breed of amplifier while sitting at my desk at the old Guitar Magazine offices in Croydon around 1999 or 2000, many years prior to this esteemed publication’s renaming and its move west. There was talk of a serious creation designed by the legendary Ken Fischer of Trainwreck Circuits, which was being built by a small operation that called itself Komet down in Baton Rouge, Louisiana.

The amp itself was known simply as the Komet 60. It was the first – and for a time, the only – amp Komet offered, and it was here to do business. In time, Komet developed and marketed other models. The scorched-earth Concorde followed on from another Fischer design, the Limited (a limited edition), as did the Voxy Songwriter 30 model, while Komet designed the Constellation and, a little later, its first club-sized amp – the 19 – and the four-EL84-powered Aero 33.

The 60, however, remains the Komet flagship; and for all the great amps that have come (and sometimes gone) in the 16-plus years since its arrival, for all the boom in the boutique world et al, it remains one of the most formidable professional tone tools available.

It’s a serious amp for serious players, and although there might be one out there somewhere, I have yet to encounter a guitarist who has plugged into a 60 and found the experience to be anything less than breathtaking.

Previous instalments of Letters have featured new gear, but this time out – while the gist is still the same – we’re looking at an amp that was made in early 2002. Since the circuit and build quality haven’t changed in the least, it makes no difference; aside from that, this one is in like-new condition, and it comes to us with an interesting back story. Komet is the amp-manufacturing arm of Riverfront Music, a vintage guitar and amp repair shop run by Holger Notzel and Michael Kennedy, that opened its doors in Baton Rouge in 1998.

Having cultivated a long-distance friendship with Fischer, German ex-pat Notzel convinced the tube-amp guru to design the fledgling company’s first model (and has himself been the designer of other non-Fischer Komet designs since), while Kennedy is the operation’s chief builder.

Every so often, Notzel and Kennedy would simply give an amp to Fischer, who lived several states northward in New Jersey. By the time this amp was released, Fischer was unable to build any more of his legendary Trainwreck amps, and virtually unable to play the guitar, due to the ravages of the chronic fatigue immune dysfunction syndrome from which he suffered, and which took his life at the age of 61 on 23 December, 2006. 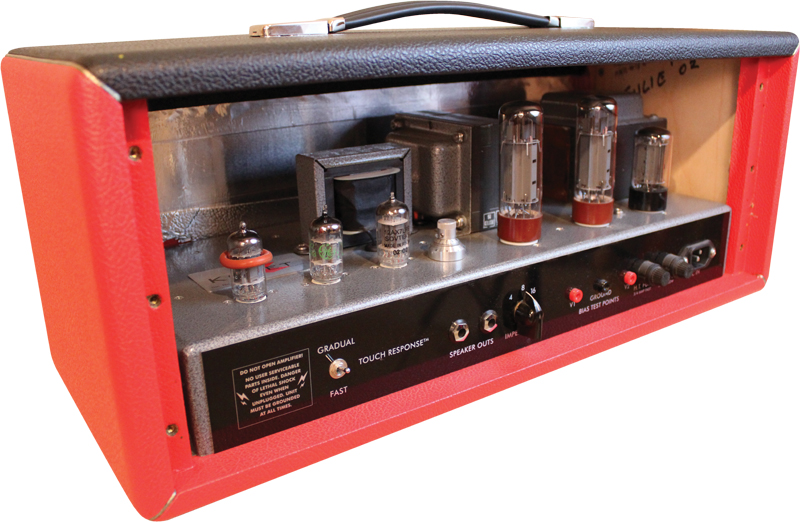 The amp I’m checking out this issue is just such a ‘gift’ amp: it was signed and dated by Fischer himself on one side of the inside of the cabinet, named ‘Julie’ on the other, and shortly after gifted to an industry contact whom he wanted to thank for his support – as was often his wont.

The Komet 60 stays true to Fischer’s ethos (and, by proxy, Komet’s own ethos) of simplicity married to quality components and workmanship. The signal path is kept as direct as possible – no effects loop, no master volume, no built-in effects or extraneous features whatsoever – and it’s all put together immaculately. Which isn’t to say the 60 is devoid of flexibility.

The control panel has the typical Plexi complement of volume, treble, midrange, bass and presence, plus an added hi-cut to tame highs at the output stage. Around the back, though, lurks the 60’s most powerful voicing tool: the touch response switch. Labelled ‘fast’ one side and ‘gradual’ the other, this mini toggle governs Fischer’s reconfiguration of an old feature of some valve hi-fi amps, tapping into a split-load circuit in the preamp.

Fast gives the first preamp tube hotter biasing for a more hot-rodded sound with extremely dynamic control of breakup according to your pick attack, while gradual divides the bias to a second resistor to cool down the first gain stage somewhat, yielding a more typical classic-rock sound and feel.

Otherwise, the 60’s circuit is perhaps most similar to Fischer’s legendary Trainwreck Express, although it’s far from a copy of that highly collectible amp and has very much of its own thing going on.

For one of many differences, the Komet 60 can swap to 6L6s, KT66s, KT77s, 5881s and several other octal output valves from its standard EL34s, with an extremely easy re-bias achieved thanks to the rear bias-check points and a large, confidence-inspiring bias-level potentiometer that has two tiers of numbers for easy re-tuning of any tubes you have previously checked and marked, with a latch on the side to lock your setting firmly in place.

Tested through a range of speaker cabs, using a Komet Airbrake power attenuator to rein in higher-volume settings, playing a Gibson Custom Shop 1959 Les Paul Reissue, a 1957 Fender Telecaster and a Gretsch-style Thorn Artisan Limited with TV Jones Classic pickups, the Komet 60’s playing experience more than lived up to the expectations established by its build quality and componentry. In short, this is an amp for the ages; in long, phew… you just don’t want to stop playing a tone generator like this one. You’ll hear this from other guitarists familiar with the 60: the amp’s glory is as much a feel thing as a sound thing.

It sounds fantastic, make no mistake, but the element that really shifts your playing perspective is the way its dynamic responsiveness – and in either mode, fast or gradual – allows you such intimate control of the circuit’s response. With the volume set to 2 o’clock and touch response at gradual to begin with, gentle picking elicits shimmering, harmonically resplendent tones that are utterly three dimensional, and which somehow magically still pass for ‘clean’, but which segue seamlessly into juicy, pliant valve grind when you simply hit the guitar harder.

Further degrees of response are available at your guitar’s volume control, and we haven’t even explored the vastly flexible EQ yet (which, suffice to say, reveals a greater and more usable range from each knob than the classic treble-middle-bass arrangement). Even during gentle playing, the amp is ready to soar into willing harmonic feedback, yet it’s all controllable, and all an utter delight to manipulate. All great so far – then switch to fast mode for a hair-trigger, seat-of-the-trousers ride that captures an entirely new realm of thrilling. A modern classic, then? Oh, by a long chalk.