In his latest look at the best gear across the pond, we run the rule over a beautiful little hand-crafted combo. 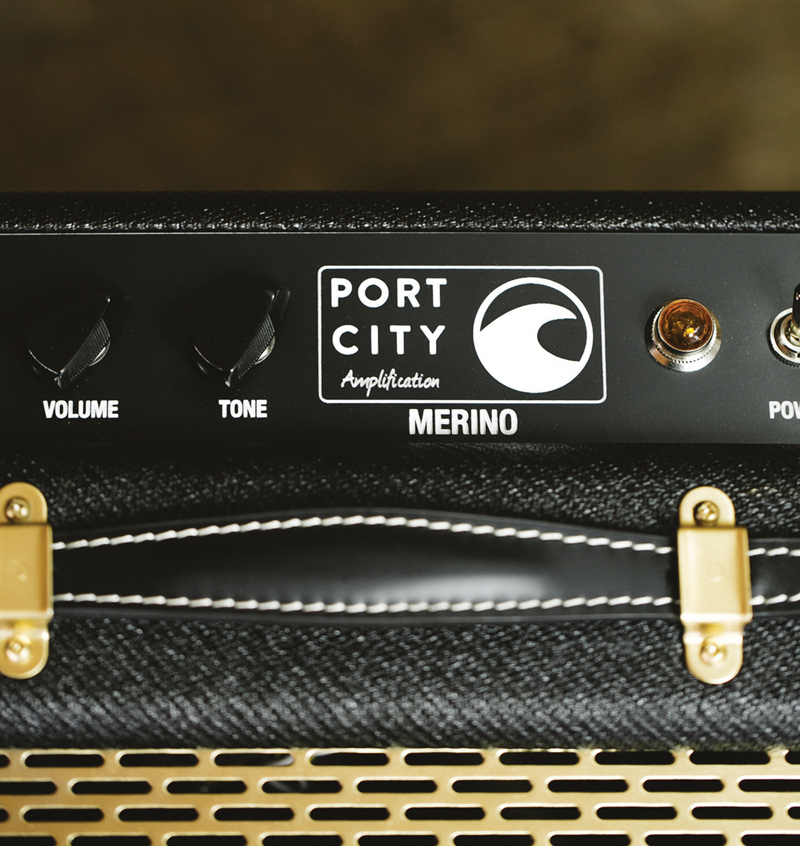 Since they’re based in Asheville, North Carolina, on the edge of the Smoky Mountains, 250 miles from the coast, the origins of the Port City Amplification name might be somewhat puzzling. In fact, the company was founded by Daniel Klein in the ocean-side town of Wilmington, NC, in 2005, but I’d like to think there’s a more thematic tie to the moniker: before the amps themselves took off, Klein got significant traction in the market with his ported Wave 1×12 speaker cabinets, for which he received a patent, along with the 2×12 designs that followed. 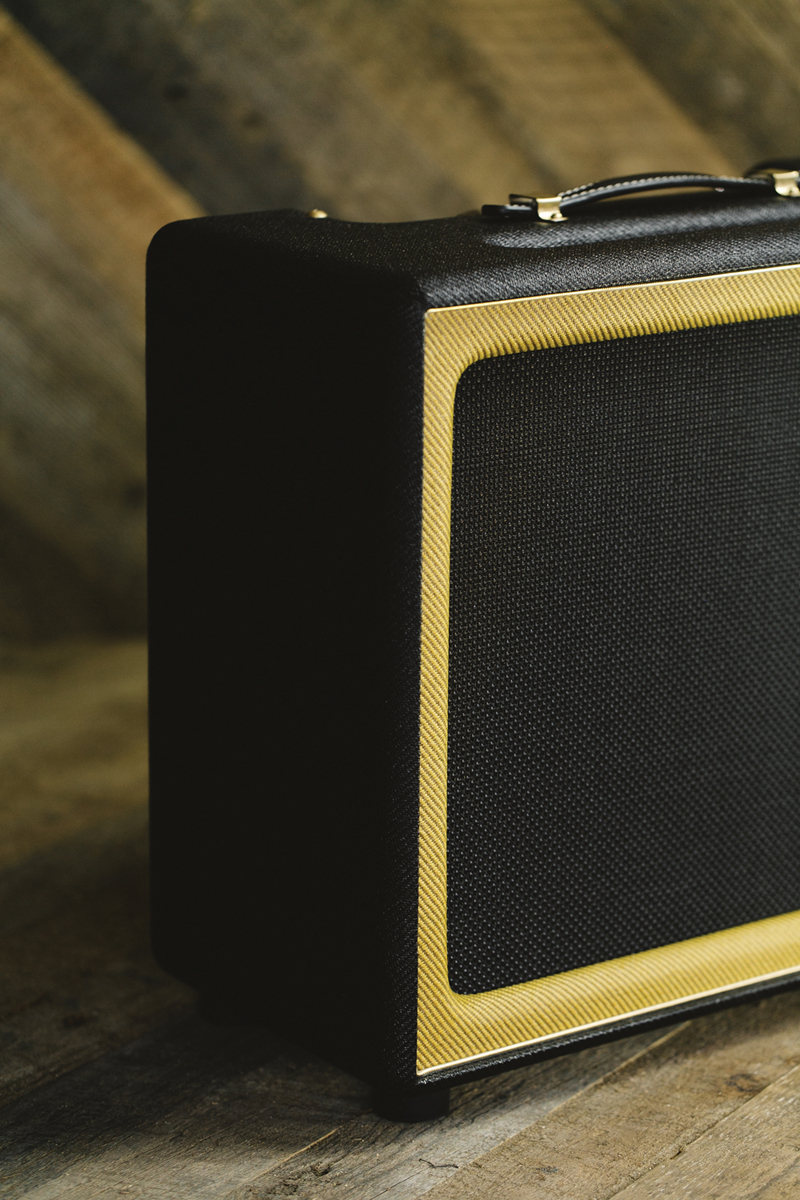 Although ported cabs are traditionally more popular for bass than guitar, I have played both sizes of the Port City creations and, despite being relatively compact, they throw out a boatload of tone, beautifully blending the fullness and punch of closed-back cabs with the balanced frequency spectrum of open-backed designs, and proving themselves adept at virtually any genre of music.

But I digress. While helping to make both their own and other amps sound sweeter through clever cab design, Port City has also been turning out relatively straightforward yet beautifully hand-crafted valve amps aimed at fulfilling a perceived gap in the market without relying on excessive gimmickry.

The company’s long-running flagship, the Pearl, is a broadly blackface Fender-inspired 50- or 100-watt head with just volume, treble, middle and bass controls, plus an eloquent tube-buffered effects loop – all intended as a stout ‘pedal platform’ for guitarists who embrace their stompbox-generated overdrive needs.

Similarly, the Orleans is a 100-watt tube head for bassists seeking contemporary performance from rich golden-age tone. Landing not a million miles from this ethos, then, we have the latest offering from Port City Amplification: the Merino.

Dog simple in operation and blessedly compact, this 1×12 combo with a nominal rating of 10 watts (deceptively, I’d say) aims to perform similar tricks for the club player looking for a firm sonic foundation. 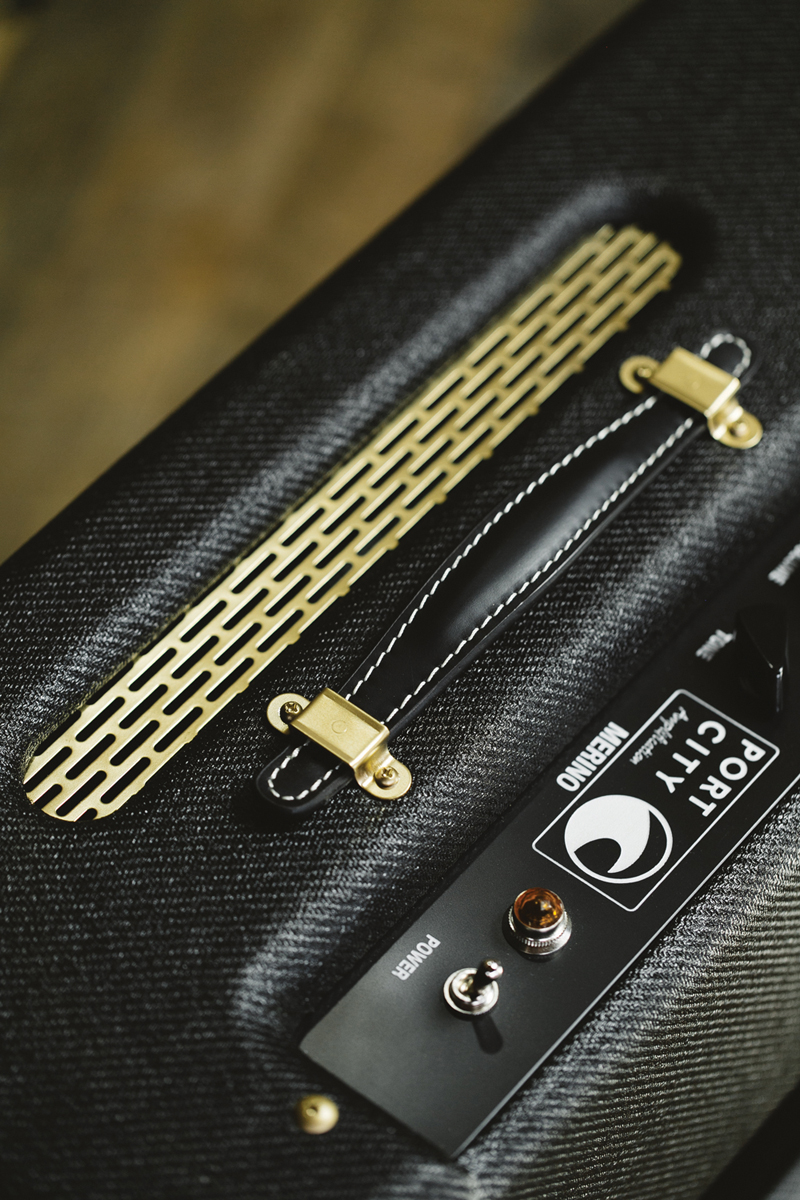 It’s a package that inspires a bountiful playing-to-tweaking ratio, all at a reasonable price for a hand-wired valve amp using quality components such as SoZo’s reproduction “Blue Molded” signal capacitors and US-made Heyboer transformers.

Outwardly, the size and format scream tweed Deluxe. Port City’s sleek, contemporary styling brings its own look to the table, but the cab is approximately the same dimensions as a narrow-panel tweed Deluxe; it has the same valve complement of two 12AX7s (if you allow swapping the 5E3 V1’s 12AY7 for the hotter 12AX7), two 6V6s and a 5Y3 rectifier; and it has the same simple control section, minus the second channel’s volume knob.

Sure, there are plenty of 5E3 clones out there, but to find out what the Merino does differently you need to dig a little deeper. And plug it in, of course. 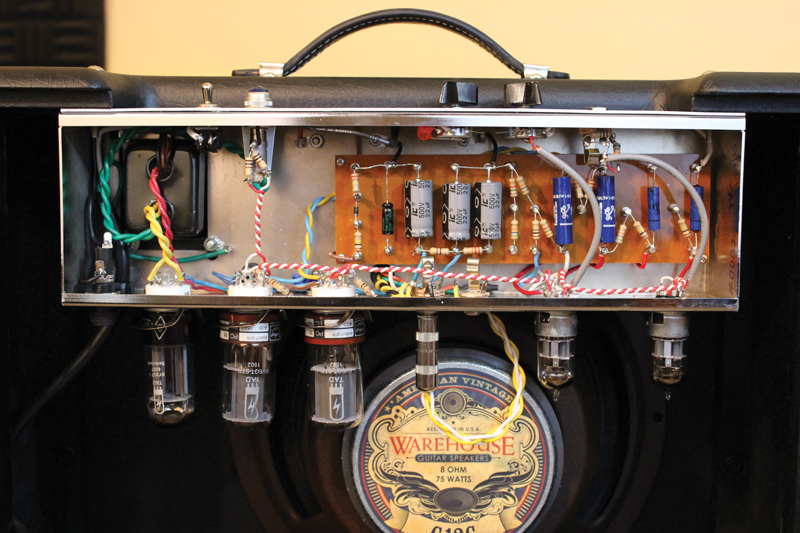 A look inside the chassis confirms that about 90 per cent of the Merino’s DNA is tweed Deluxe, but what happens with that remaining 10 per cent makes a significant difference. Fans of the hallowed 5E3 would find no major surprises from the input through the preamp, but a few tweaks along the way begin to make a difference. Replacing the 5E3’s spec .1uF signal cap in the first stage with a .022uF cap should help to keep the boominess down, even with the higher-gain tube in V1.

At the output stage, the use of a non-adjustable fixed-bias network on the 6V6s, rather than the tweed Deluxe’s cathode biasing, marks an even greater departure, and another large step – as with Fender’s evolution in the medium-sized combos in the early 60s – toward a firmer, punchier tone. 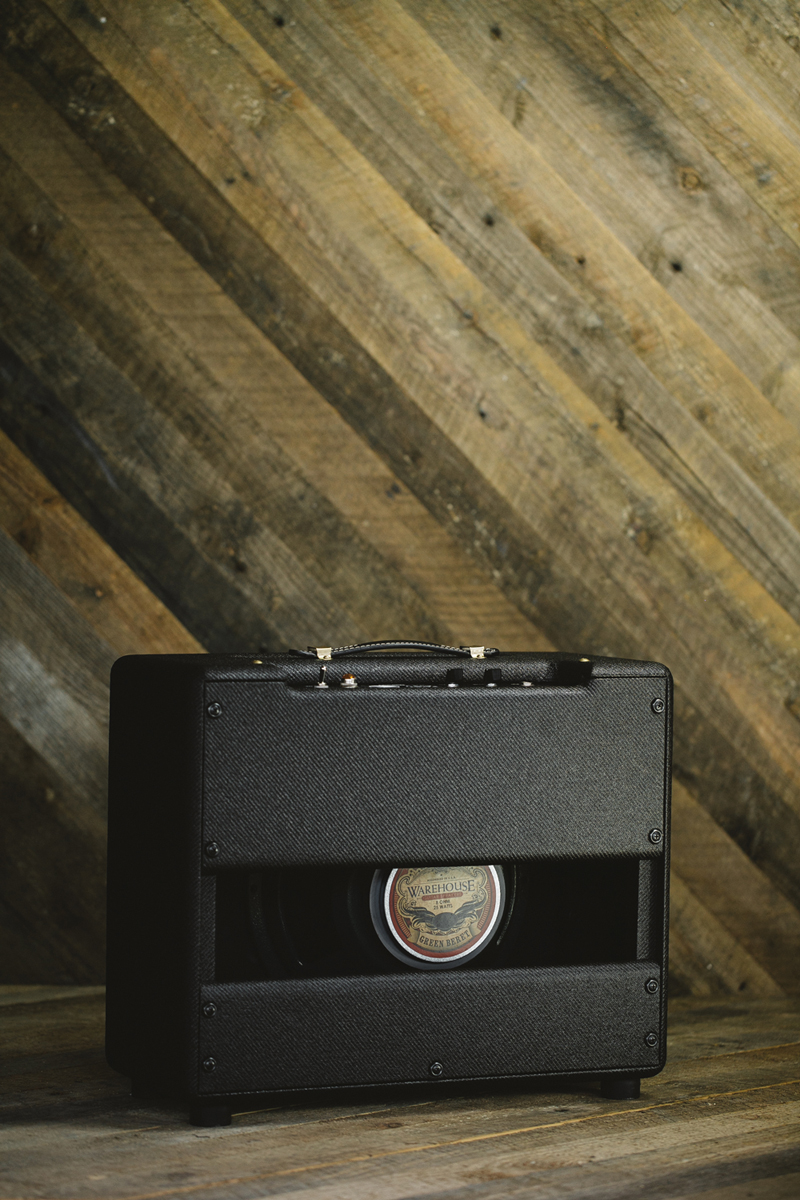 Slightly larger values in the power-filtering stage (three 22uF electrolytic capacitors rather than three 16uF caps) also work toward that end. It’s probably more accurate to think of the Merino as akin to the brownface Princeton of the early 60s, with which it shares the cathodyne (split-phase) phase inverter, although Port City’s rendition carries a 12-inch speaker – an American-voiced G12-C from Warehouse Guitar Speakers.

Tested with a Telecaster, a Les Paul and a Gretschy-leaning Thorn Artisan 3 with TV Jones Classics, the Merino revealed a bold voice with snappy-edged cutting power, and a performance that works successfully toward Daniel Klein’s intentions. With the Telecaster, it remained clean up to around two o’clock – with impressive apparent volume when it got there – something you won’t hear from most authentic tweed Deluxes. 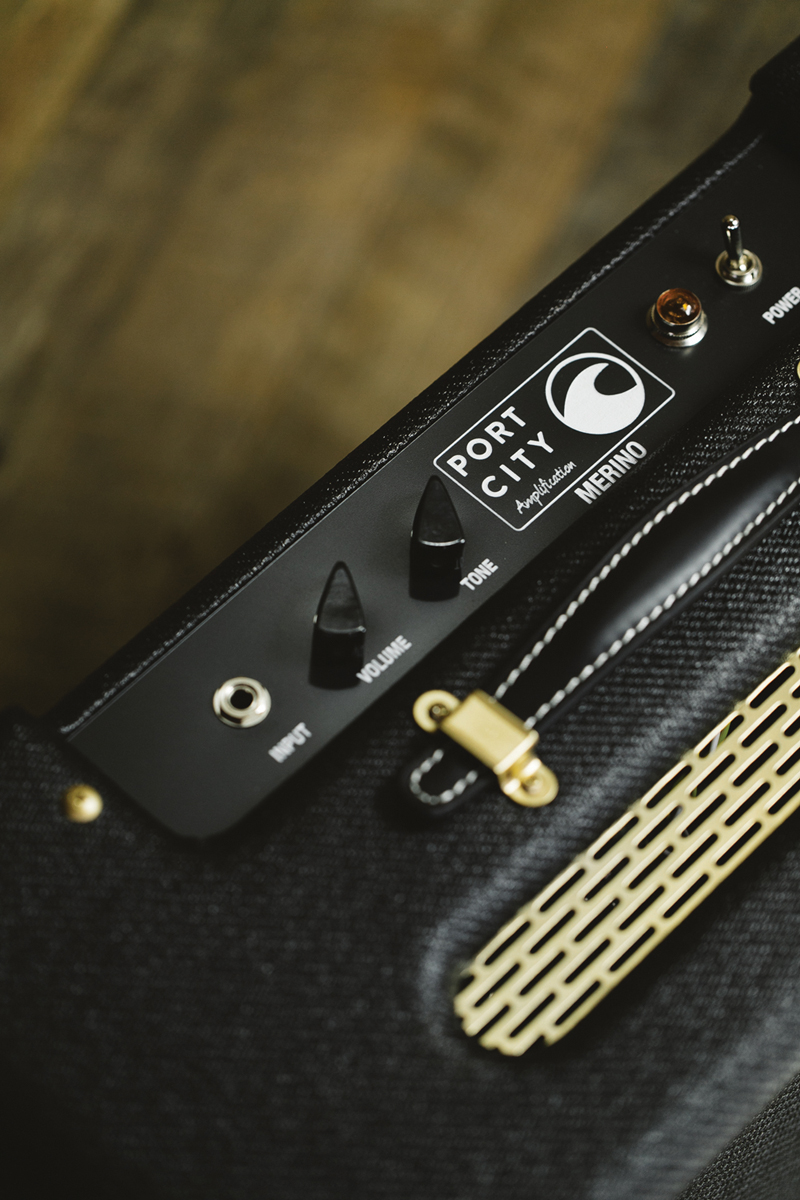 I’d say we can put any thoughts of “Deluxe redux” behind us and approach the Merino as a different beastie. It breaks up with bark and authority and a meaty, textured grind when you push it further with the Tele, or around the noon mark with the Les Paul, but the available headroom before that point makes it a more confident clean machine or pedal platform than many amps this size.

Gas FX Drive Thru and Analogman Prince of Tone overdrive pedals sounded as sweet and dynamic as you’d hope through the Merino at 11 o’clock, allowing a punchy clean tone with either pedal disengaged. The combo stood up well to a Blackout Effectors Musket Fuzz, too, issuing muscular psychedelic rock riffs where many sub-15-watters fold up and fart out. 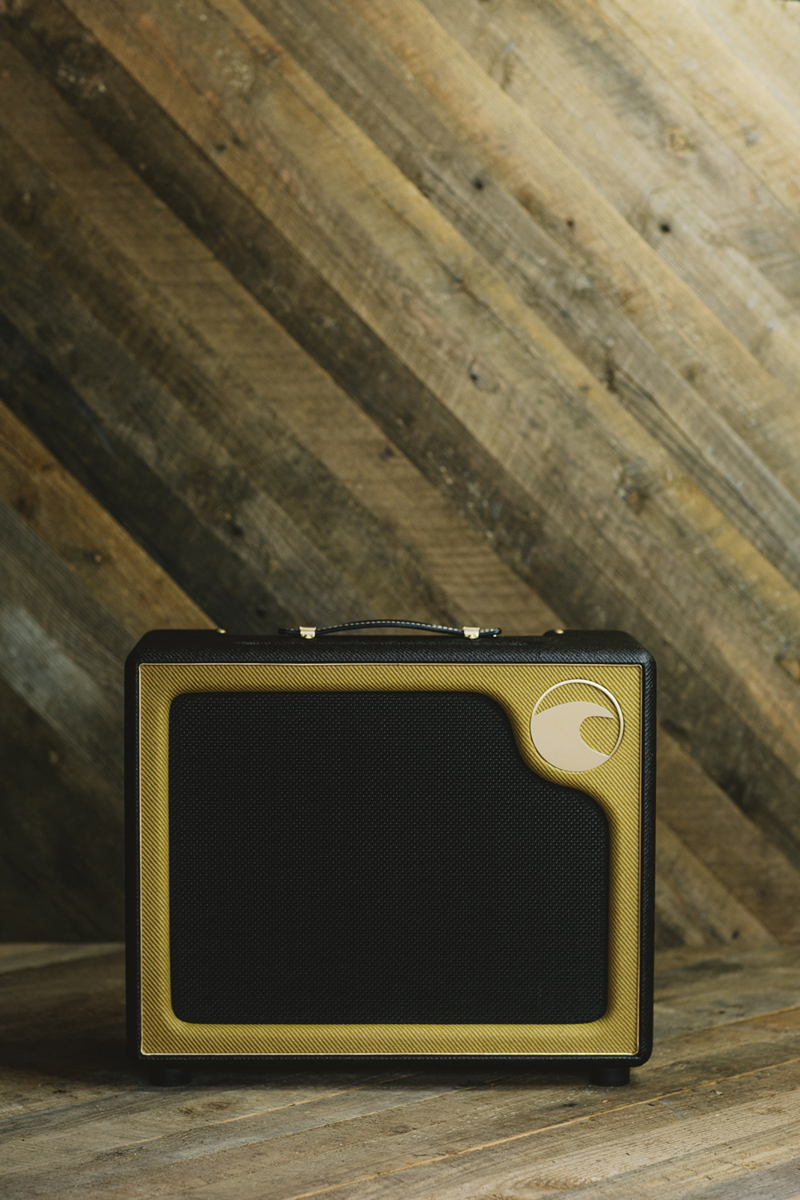 Fans of small- to medium-sized cathode-biased amps may miss the harmonically-saturated, output-tube distortion, but the Merino nails big-amp performance in a portable package for a wide range of smaller clubs and studios.