We check out boutique exotica from Thorn, the Artisan Limited - Series 3… 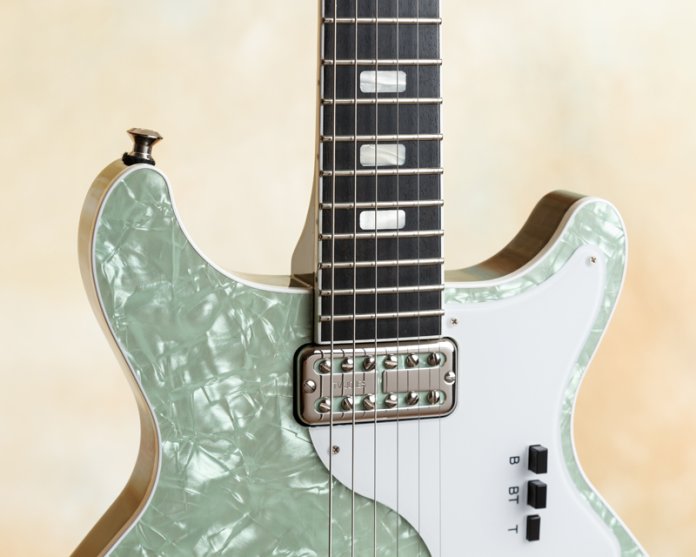 I have sometimes experienced a sort of inverse relationship between the amount of precision a guitar maker brings to their work and the character evident in the results. Occasionally, a guitar rendered with a high degree of technical achievement can come off a little ‘cold’. Not so the creations of Ron Thorn.

I’ve had four of this California-based small-shop maker’s guitars in my hands over the past two years, and in each case I can say I’ve never held a more faultlessly executed instrument. And each was different: one a set-neck, flame-topped LP-meets-Tele rocker; another a bolt-neck Californian hotrod; yet another an original take on the 335 theme; and now this guitar from Thorn’s Artisan Limited Series 3, a Gretschified pearl-topped twang machine with retro cool to burn.

As immaculately put together as each of these guitars has been, each has exuded a muse-like charm that inspires you to just keep playing, with a flawless playability that makes it easy to do so. How do Ron and his small team achieve all this, and at far-from-ridiculous prices, too?

In large part, I believe, it just comes from knowing their craft, and having pride in getting things right. Put differently, think of marrying the high-end watchmaker’s level of precision, the custom cabinet maker’s attention to detail, and the visual artist’s uncompromising sense of aesthetics and applying the formula to producing electric guitars, and you’re beginning to grasp what Thorn achieves. 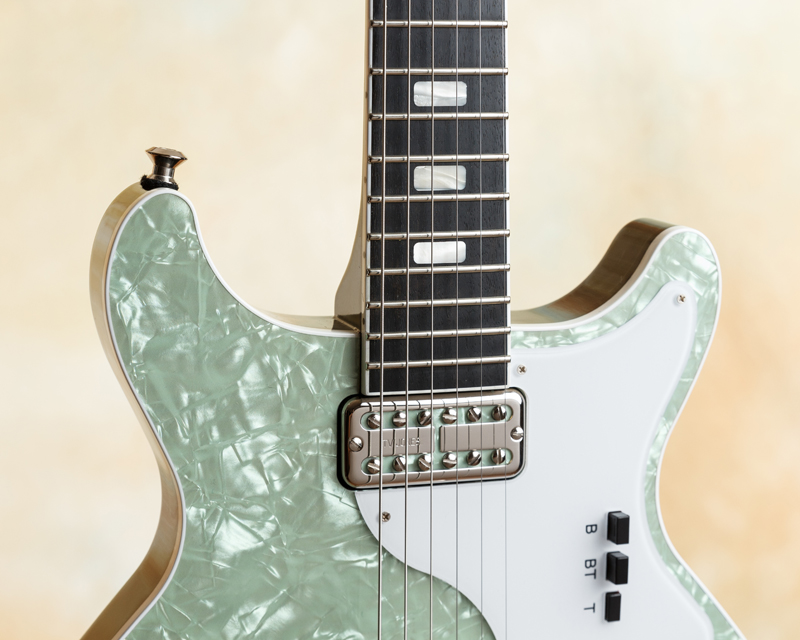 Ron Thorn was born into a family of carpenters and car fanatics in Southern California, and began learning guitar making in his early teens. Prior to producing instruments under his own brand, he specialised in inlay, and formed Thorn Custom Inlay with his father in 1993.

Thorn became the sole inlay artist for the Fender Custom Shop by the mid-1990s, and remains so today. Eventually, the company segued into guitar production for itself, alongside Fender work, initially producing elaborate custom guitars, then introducing short-run lines of production models, of which this Artisan Limited is one.

Hence the Series 3 tag: one of seven guitars produced in this run, this Artisan Limited is tied to its brethren by the use of a pearl top in Surf Green, finished – as are its Raven Black back, sides and neck – in thin nitrocellulose lacquer (others in Series 3 have Silver Pearl, Silver Blue Pearl and Black Pearl tops).

Outwardly, the double-cut early-60s Gretsch Duo Jet inspiration is clear, but there are so many original touches in the Artisan Limited as to render it a very different guitar, while still capturing plenty of Gretschy character for those looking to swing that way. When quizzed about whether the pearloid veneer would impede the guitar’s natural resonance at all, Thorn told me that the sheet was about the thickness of a couple of coats of lacquer, so the resultant overall finish is still thinner than those applied by many builders. The sonic results ring true to his claims, too, but more of that later. 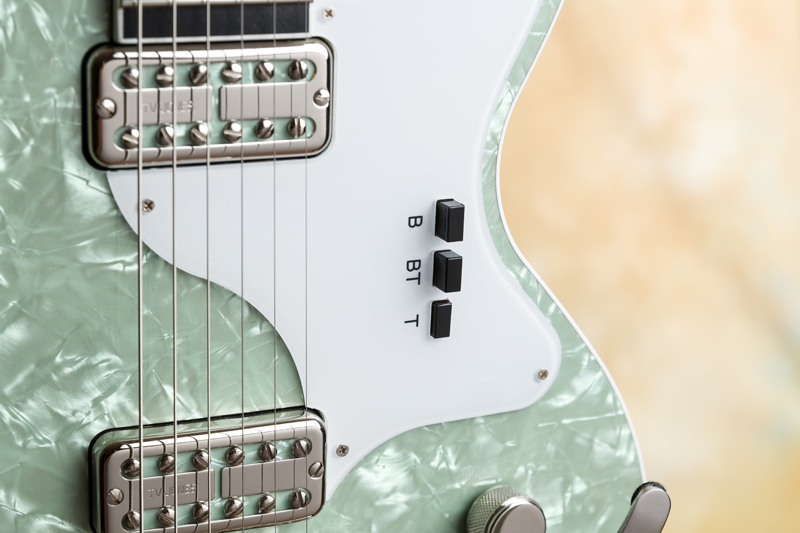 The body is made from chambered Honduran mahogany with a thin mahogany ‘soft top’ – that is, a gentle 50-inch radius arch across from the bass side to the treble. The result enhances playing comfort, creating a natural forearm contour on one side, while helping the push-button switches to fall away from the line of the pick stroke on the other, so they aren’t in the way of your playing, as you might first imagine.

And as for those switches: the first thing you’re likely to notice after your eyes adjust to the three-dimensional swirl of the top, they are actually NOS push-button Switchcraft car radio switches (several Thorn models carry deft automotive-inspired touches), one for each of the three traditional selector positions. Push one to make a new selection and the other pops up; in use, they’re a lot easier to get the hang of than you might first imagine – in addition to looking superb.

The pickups are a TV Jones Classic in the neck position and a slightly hotter Classic Plus in the bridge, both with top-matching pearloid inserts, routed to an Electrosocket jack via master volume and tone controls.

The glued-in Honduran mahogany neck has a rounded C profile that measures .860-inch at the first fret and .950-inch at the 12th; the bound ebony fingerboard has a 12-inch radius and “Chicklet” inlays in 50s celluloid. Its 22 Jescar 6150 (tall-medium) frets are installed into slots that stop short of the binding, so there’s no chance of a sharp tang while playing.

In a final touch of synchronicity, the 10-degree back-angled headstock has a matching pearloid truss-rod cover, along with an elegant mother-of-pearl ‘T’ logo and locking Sperzel tuners with pearloid buttons. The Bigsby tailpiece has been modified by Thorn for string loading through holes in the back bar, eliminating the need to pre-bend your strings and fit their ball-ends to the fiddly posts that normally reside there. All in, this Artisan Limited weighs around 7lbs. 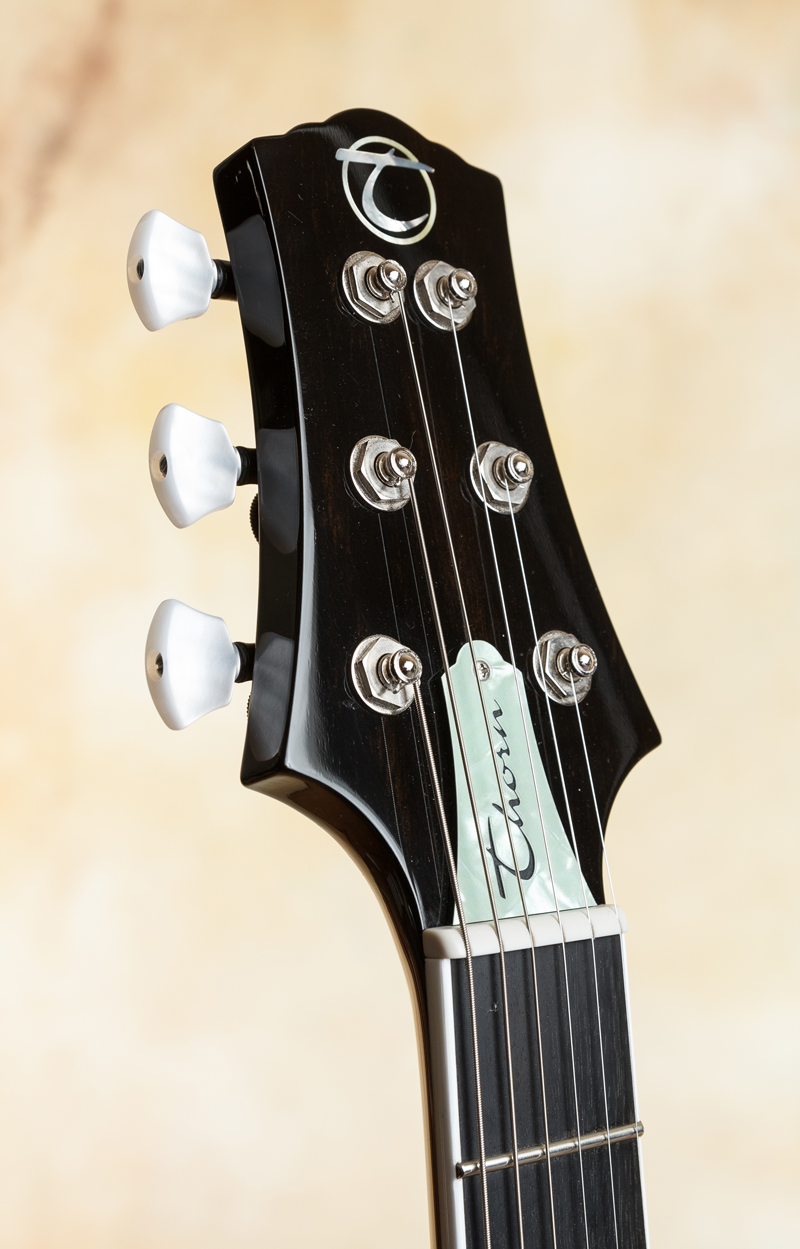 Unplugged, the guitar has a lively, loud ring, with plenty of bright jangle and a meaty, round sonic core. I played the Artisan Limited extensively through two custom-made tube amps – a Voxy dual-EL84 combo with a 12-inch Celestion Cream and a JTM45-inspired head with a 2×12 Port City cab – and was extremely impressed.

It does much of what you’d expect from a Filter’Tron-equipped Duo Jet, sure, but with more girth at its centre, significantly better sustain, and a more consistent performance.

The TV Jones Classic in the neck position is a vintage-spec’d low-wind affair, and delivers a clear, crisp, yet moderately juicy voice for a humbucker, and doesn’t drive either amp into much breakup until the gain hits about noon. It’s great for anything from the jazzier side of rockabilly to moodier pop ballads, but also adept at blues or classic rock with a good overdrive pedal or enough amp overdrive.

The Classic Plus in the bridge position is a slightly hotter wind that still has that zingy, slightly granular Filter’Tron bite, but a bit more rock-leaning grind, too. It excels at a nastier breed of twang for alt-country or psychobilly, but also makes a good indie or alt-rock lead pickup. There’s plenty to love – and even more to adore – in a guitar that plays so effortlessly.

I took this Artisan Limited to a rehearsal with an indie band and – once they’d all stopped commenting on how great the guitar looked – we found it delivered a trenchant, distinctive tone that cut brilliantly through the four-piece mix, and applied itself equally well to clean-toned atmospheric ballads as to raunchier gained-up punk-pop.

This is another great example of what Thorn can do, and an extremely cool guitar from all angles. 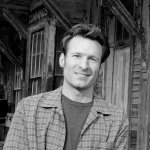 Dave Hunter is a writer and musician who has worked in the US and the UK. A former editor of this title, he is the author of numerous books including The Guitar Amp  Handbook, Guitar Effects Pedals, Amped and The Fender Telecaster.