Manson has chosen to mark a quarter-century of high-class luthiery with one of the sparkliest guitars we’ve ever seen. 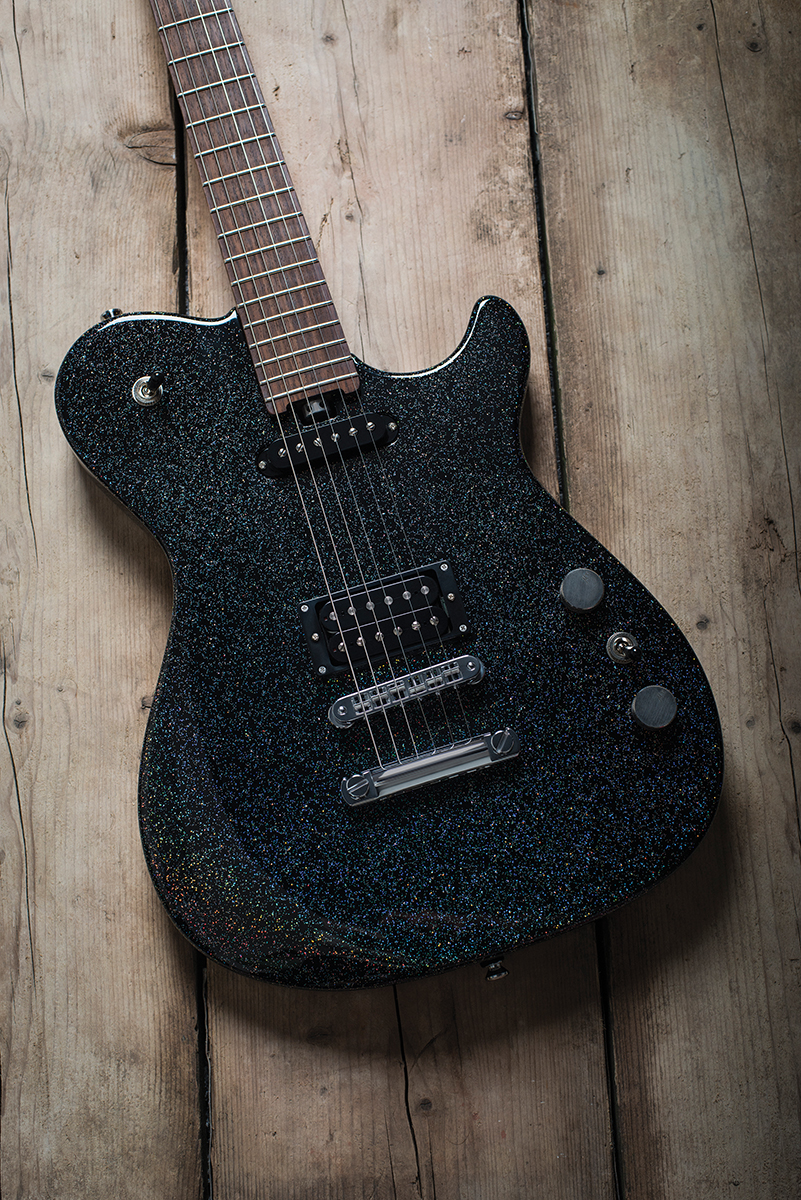 The Mansons have been making guitars since the 1960s, so what exactly is this 25th anniversary model celebrating? Well, 1992 saw the opening of Manson’s Guitar Shop in Exeter, and that’s where the modern era of Manson Guitar Works really began. Soon would follow the ‘DeLorean’ model made for local hero Matt Bellamy, and soon after that would follow international fame for this distinctive British brand.

And if you want to talk distinctive, let’s discuss the finish on this guitar – a far cry from the rough metallic look of the Muse frontman’s first signature Manson. It’s called ‘Night Sky Holosparkle’, a name that manages to be both absurd and accurate at the same time: the twinkling highlights are assuredly star-like, and the way their colours shift across the spectrum as you turn the guitar around in the light is quite magical… if possibly not for everyone!

Beyond that, the basics of the MA-25 are much the same as a standard M-Series. The starting point is clearly the Telecaster – it’s an alder-bodied single-cut design with bolt-on maple neck and 25.5-inch scale length, after all – but the Schaller bridge and tailpiece add a Gibson reference point, and from there on things get a bit more individualistic. 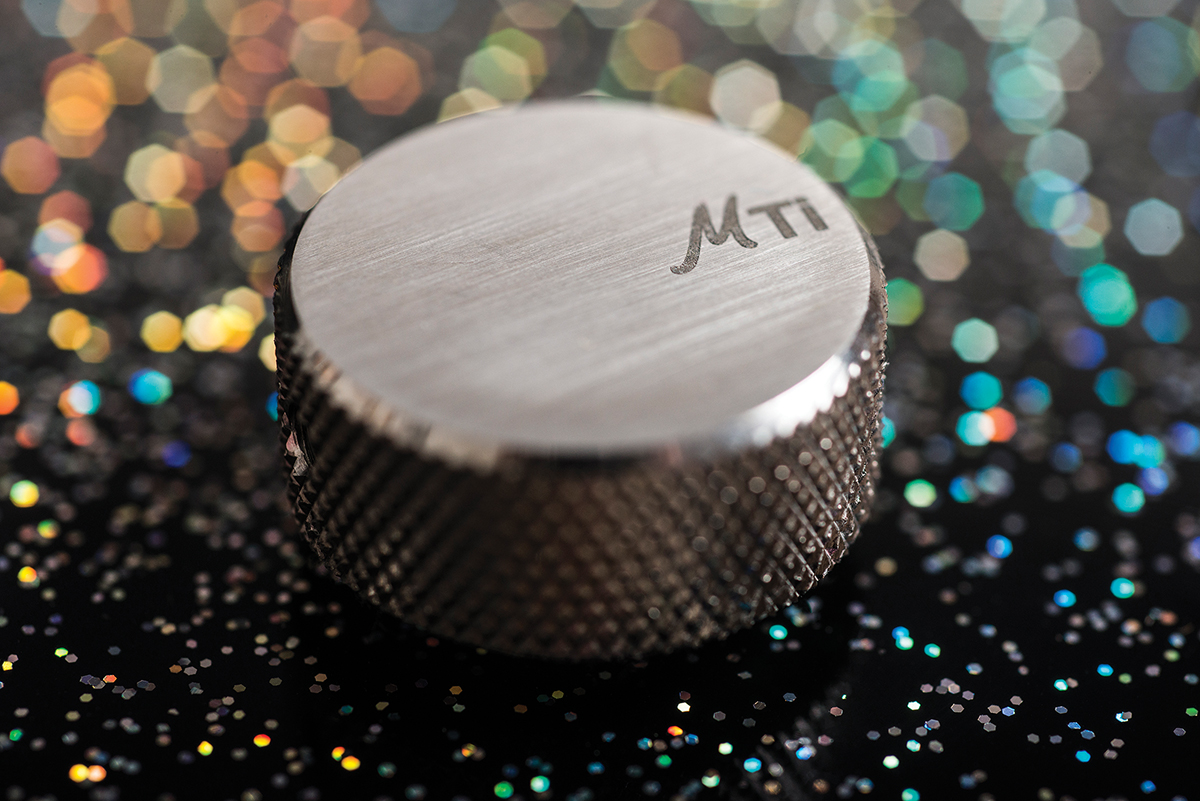 Is that a Les Paul pickup selector in the middle of the oversized upper bout? Nope, it’s a killswitch – the pickup selector switch is down between the single volume and tone controls, which on our review guitar are fancy titanium ones (a £70 optional upgrade on the standard chrome knobs). And are those staggered tuners at the other end? Well, as staggered as you want them to be: they’re Gotoh HAP (height-adjustable post) types, and have been factory-set with just enough space for three or four turns on every string.

The neck profile is described by Manson as a ‘soft V’, and you can easily see why when you hold it up to the light: there’s a distinct ridge along the back, with plenty of maple planed away on both sides to avoid 50s-style clubbiness and keep things widdle-friendly.

The modern fretboard radius also helps with that – but you’d better be confident in finding your way around the upper frets because, while there are discreet dot markers along the top of the neck, no such clues have been left on the rosewood board itself. No, not even a glittery number 25 at the 12th fret.

Now, even if you’re not a fan of bombastic alt-rock anthems, you’ve probably got some idea of what kind of tones a guitar originally designed for Matt Bellamy is going to be gunning for. And even if you’re not a fan of puns, you probably know what to expect from the hand-wound in England, Psychopaf pickups. Yes, these are hot puppies: a Psychopaf PF1 humbucker at the bridge, and a Psychopaf Dismissal – described as a single-coil-sized P-90 – at the neck.

There are some more optional extras to consider – including, for an extra £369, a Z.Vex Fuzz Factory built into the body of the guitar. Sadly the Korg Kaoss MIDI controller for crazy synth noises, as installed in several of Bellamy’s own guitars, is not available as an option on this model. 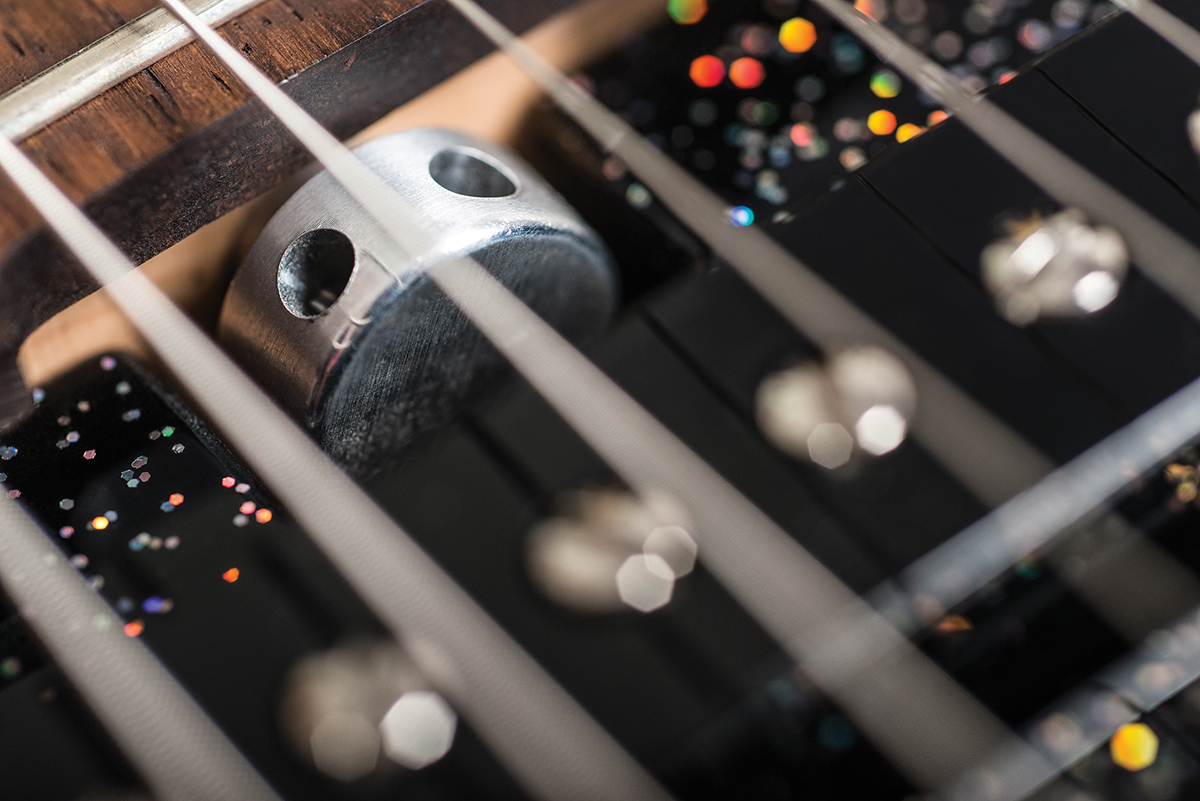 Factory setup is maybe not exactly how we’d like it – the action’s on the high side, and the tailpiece has been set so low that three of the strings touch the edge of the bridge on their way down – but a five-minute tweak will fix that, and anyway the overall playing feel is comfortable and the acoustic tone is smooth and airy.

Once we plug in (baby) to a clean amp, the sound in all three positions is fundamentally smooth and fat, with a nice sense of elasticity when you dig into single notes and just enough treble content to avoid accusations of dullness. Lower notes on the neck pickup have a good thump to them and, in true P-90 fashion, get pleasingly jazzy as you stray up the neck.

The middle position offers a hint of cluck but nothing to rival a Tele or even a Les Paul – as we hinted earlier on, this is not a Nashville pickin’ guitar – while the bridge humbucker takes all the goodness of the neck unit and adds a generous fistful of upper-mid bite. 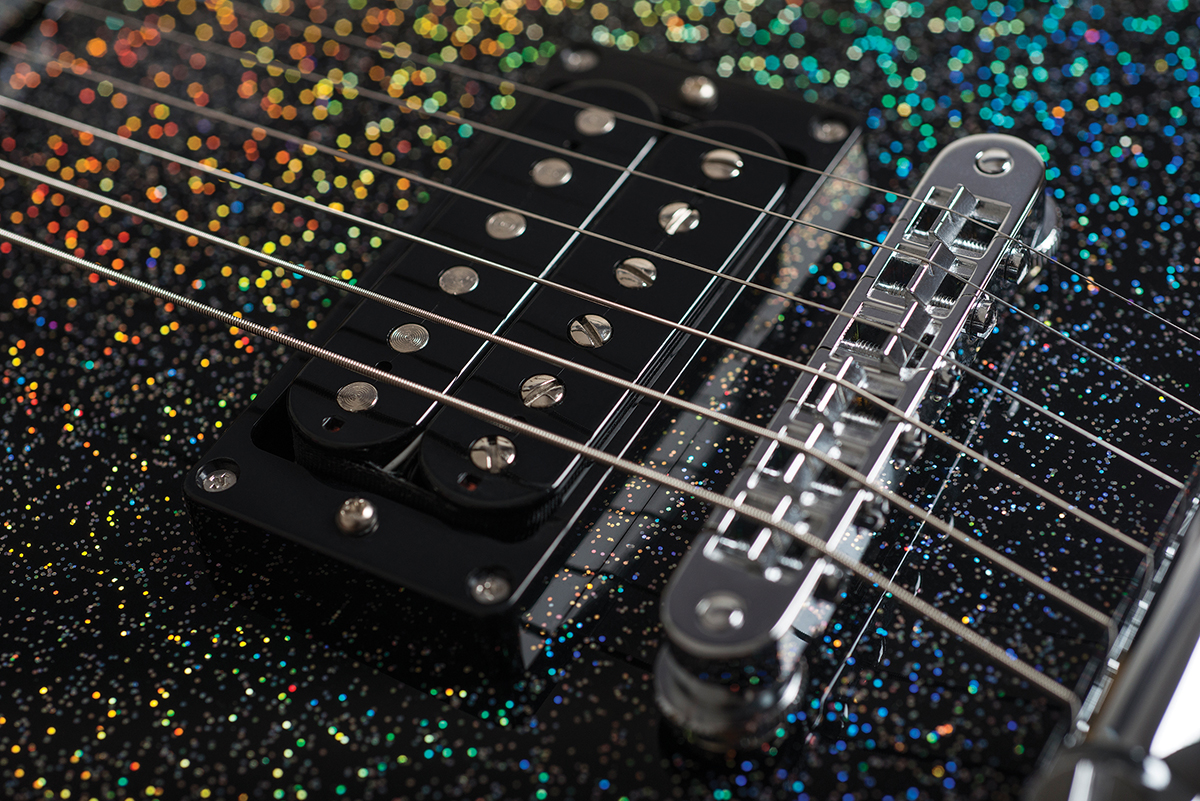 The tone control doesn’t do much for the first third or so of its travel, perhaps because it’s taking out frequencies that aren’t really represented on this guitar, but both knobs are smooth and usable in their own way – as is the killswitch (a three-way type for easy rapid judders) once you’ve whacked up the gain.

And that brings us to the place where this Manson really feels at home: filling the supermassive black hole in your heart with big, heavy distortion. Stomp on the nearest filth generator and you’re rewarded with immense, velvety chords that ring out with near-infinite sustain, and single notes that cut through with clarity and precision. The tone stays crisp and solid on every fret, with no loss of midrange punch on the unwound strings even at the excitable end of the board.

The difference between pickups isn’t huge here, but we highly recommend starting your show-stealing solo on the neck unit then slamming over to the bridge for a step up in excitement once you’ve really got going. You may never want to stop. 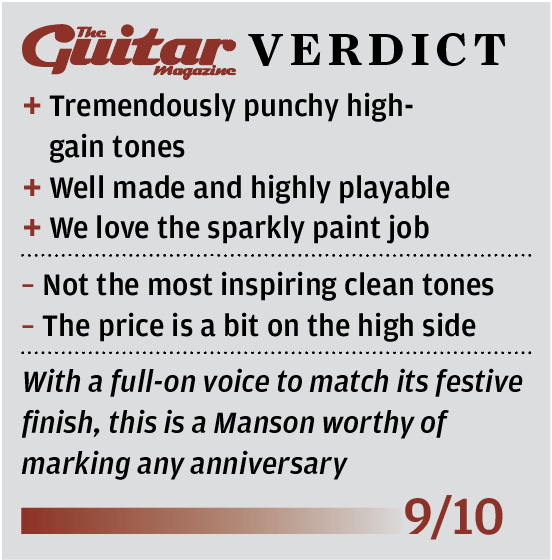