Martin aims for the perfect blend of vintage and modern by packing a traditional 000 with the very latest electronics. 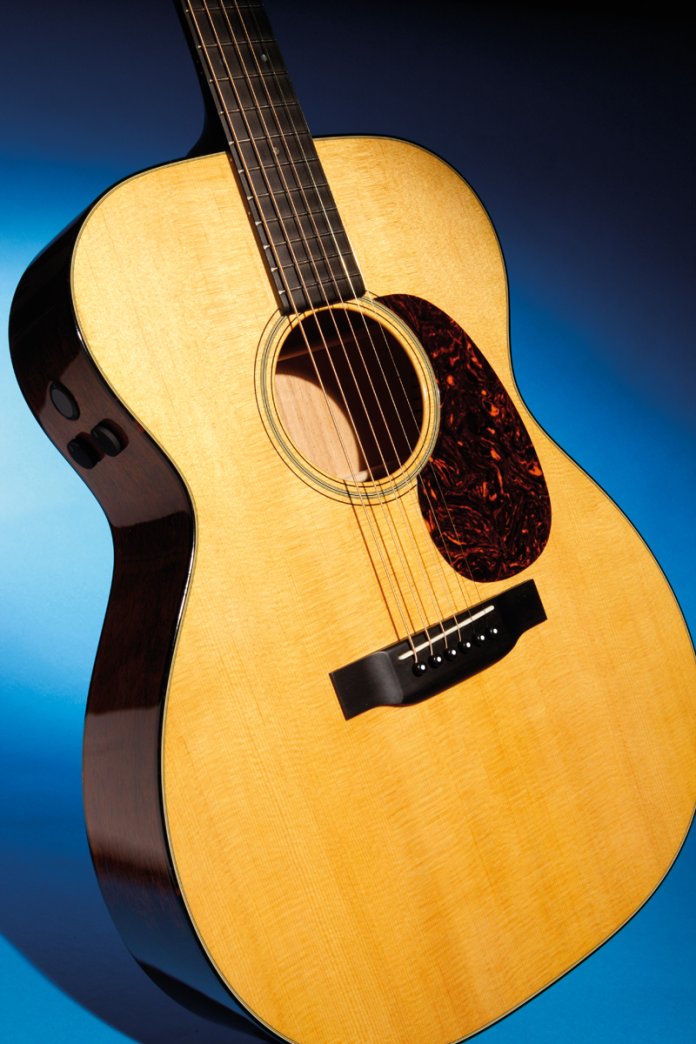 What are the key ingredients of a classic 000-18? The ‘000’ donates the body shape and size, while ‘18’ corresponds with a spruce top and mahogany back and sides: all solid, of course. Purists will expect faux ‘tortoise shell’ for the binding and pickguard with simple dot markers gracing the fingerboard, a glued dovetail neck joint, and open gear butterbean tuners. 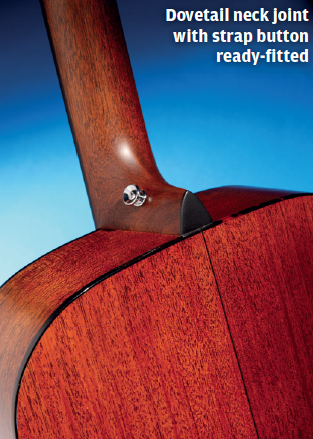 This guitar has ‘Retro’ in its model designation and as such it ticks each and every box. The top may be sitka rather than Adirondack spruce but the bracing is scalloped, and traditional bone is used for the nut – even if the saddle, slightly perplexingly, is Tusq. The colour of the top is impressive: not too light and not too orange.

Interestingly, Martin has used ebony rather than rosewood for the fingerboard and bridge, just like the very earliest 14-fret 000-18. The medium depth neck has a satin finish and a 24.9″ scale length, and it’s supremely playable. The fact that the tuners are Grovers rather than Waverleys may be a bit of a compromise but hey, we’re not complaining. 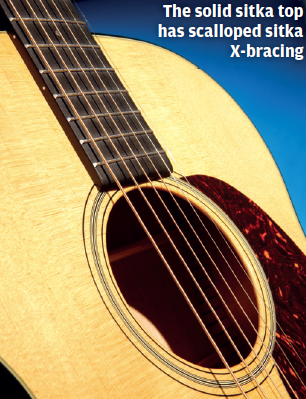 Tucked away on the side of this fine vintage reissue is a very discrete pair of controls with a small display window. Despite appearances, the 000-18E is not short on features – in fact it contains a virtual toolbox for amplifying the guitar. The controls are multi-function and provide access to almost every conceivable parameter, but the manual is essential reading.
Onboard is a Fishman F1 Aura Plus system that combines an undersaddle piezo with nine Images (Fishman-speak for digital models). Rather than a plethora of random guitars and various other stringed instruments, the Images are all based on recordings of a 1940s 000-18 from the Martin museum that were created using various high-end studio microphones.

The controls allow you to select the image you want, alter the balance between the pickup and image signals, then adjust the bass, middle and treble for both sources. There’s an onboard tuner, editable compressor, phase switching, and an automatic anti-feedback filter.

Technophobes may be relieved to learn that the 000-18E can be booted up in an intuitive ‘Easy Mode’ as well as full ‘Performance Mode’. The jack socket and battery reside in a moulded plastic compartment mounted in a recess routed into the tail block. It does feel a bit flimsy, but only time can tell how robust it really is. 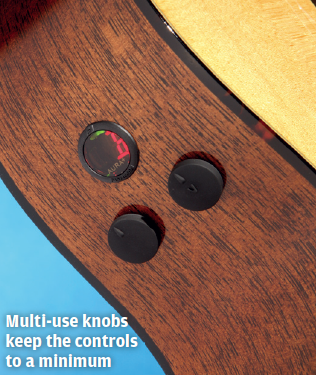 Sound
Acoustically, at least, the fundamental consideration has to be whether this is a good 000-18. It most certainly is, with a tone that is absolutely what you’d expect from this model.
Although not especially loud or powerful, the upper frequencies are ethereal but sweet, the midrange response seamlessly connects the bass to the treble, and string-to-string balance makes for easy playing. This 00018 ‘warmed up’ after being played for a while, and once it did it was hard to stop playing the thing. Although many Martin fans espouse rosewood as the ultimate tonewood, there’s something about the earthy midrange focus of mahogany that makes it a joy. 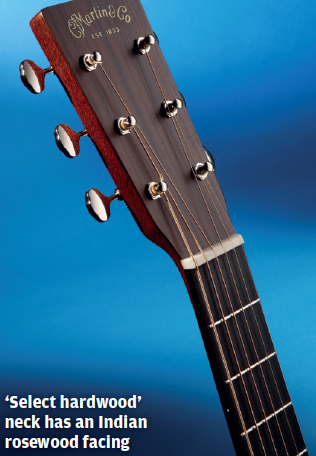 It’s less about projecting a wide frequency range of tones into a room and more about creating an intimate and involving musical experience for the player… and mahogany guitars are often easier to record. Given the pedigree it’s hardly surprising that there are no worries on the acoustic side, so let’s shift to the pickup system.

Factory fresh, the 000-18E boots up in Easy Mode. The left control turns to adjust mid scoop and can be pressed to select between three images and the dry pickup. The right control turns to adjust volume, or you can press it to flip the phase; pressing and holding activates the tuner. Performance Mode allows fine user control but it’s more complex, but the manual makes everything clear, and the review guitar shipped with an instructional DVD. 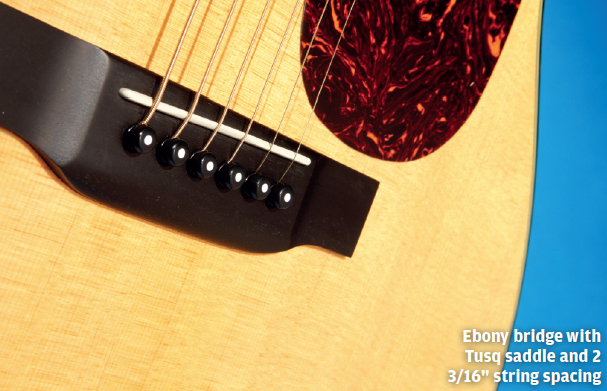 The straight pickup tone is a good starting point, but the Images make everything so much better. At low volume we experienced one of those ‘is it on?’ moments, and through a studio monitor system it’s obvious that the F1 Aura Plus system is configured to create an amplified tone that’s as close as possible to the archetypal acoustic sound of a Martin 000-18.

The tone and dynamic shaping are about refinement rather than radical changes, and the feedback-sensing system allowed us to get far louder than we expected with an all-solid acoustic. Many players regard pickup systems as a necessary evil for high volume gigging, but they wouldn’t dream of plugging in at home or in the studio.

We would have no compunctions about recording this 000-18E direct if separation was an issue – or even blending the Aura output with a microphone for extra tonal colour. The Aura Plus system sounds more like an acoustic guitar than an electro-acoustic, and that’s high praise indeed.

Verdict
Essentially, old-school looks, features and acoustic tone combined with a pickup system that sounds outstanding. The 000-18E Retro isn’t cheap, but it’s good enough acoustically to be your main home and studio guitar and good enough plugged in to be your main gigging guitar – so that’s two for the price of one.

It’s hard for heritage manufacturers to adopt modern technology without compromising the nature of their iconic guitars. Misses are more common than hits, but Martin has got it bang on with 000-18E Retro 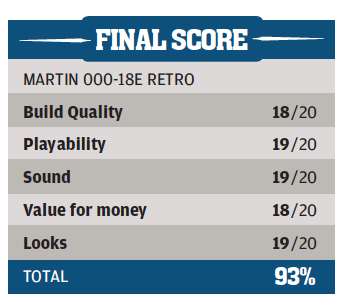