The 40 series guitars are some of Martin’s most legendary designs, but for 2018 the company has reimagined its rosewood and spruce dread’ for the modern player. 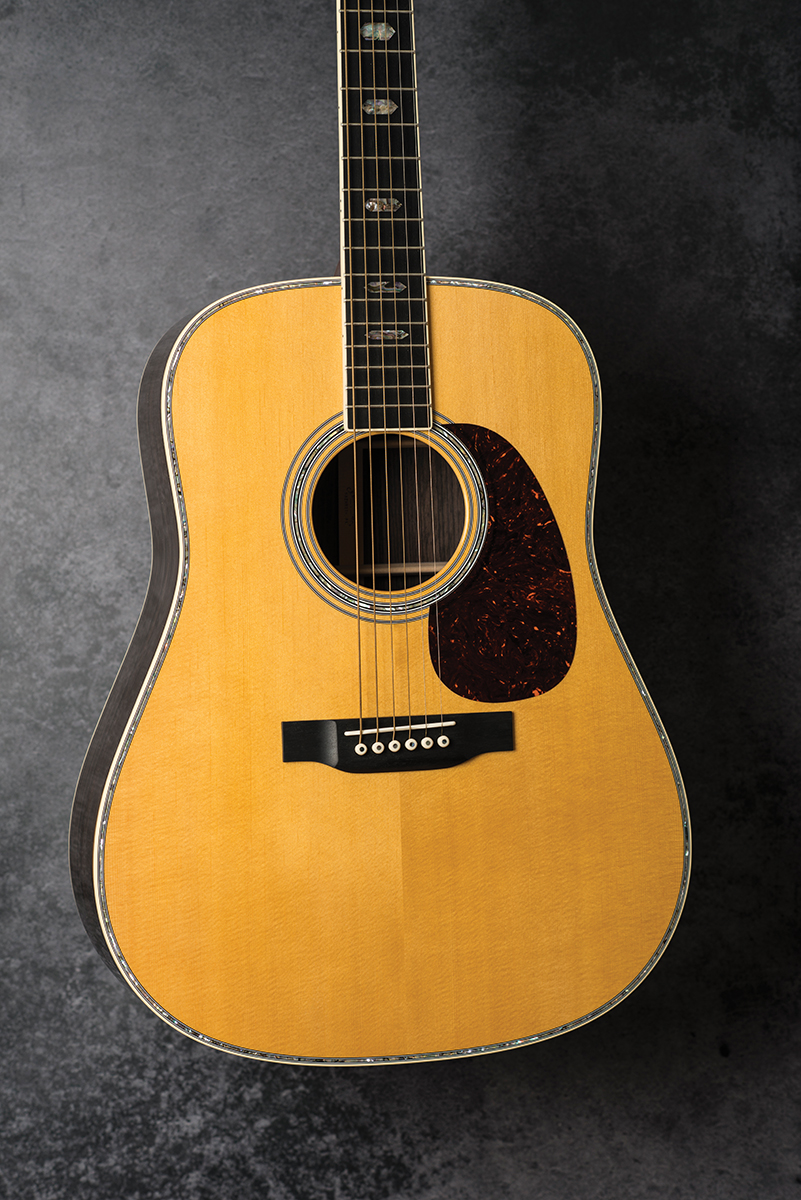 Can there be a more iconic acoustic guitar design than the 14-fret Martin dreadnought? Since its creation in 1934 the dread has been used for historic performances and recordings in the hands of everyone from Elvis Presley and Joni Mitchell to Kurt Cobain and Michael Hedges. While the sound of a dread’ is very often powerful and rich, there are certain factors inherent in the guitar’s design that have lead some players (especially fingerstyle guitarists) to favour an alternative style of instrument.

In addition, in the past decades several upstart companies have sprung up and made some hay by claiming to produce Martin-style instruments “as they should be made”. With this re-imagined D-41 model Martin has delivered a clear statement of intent to tackle many of these issues head on and prove to the guitar-buying public – as much as to the competition – that CF Martin & Company continues to deliver the highest standards of acoustic guitar possible. 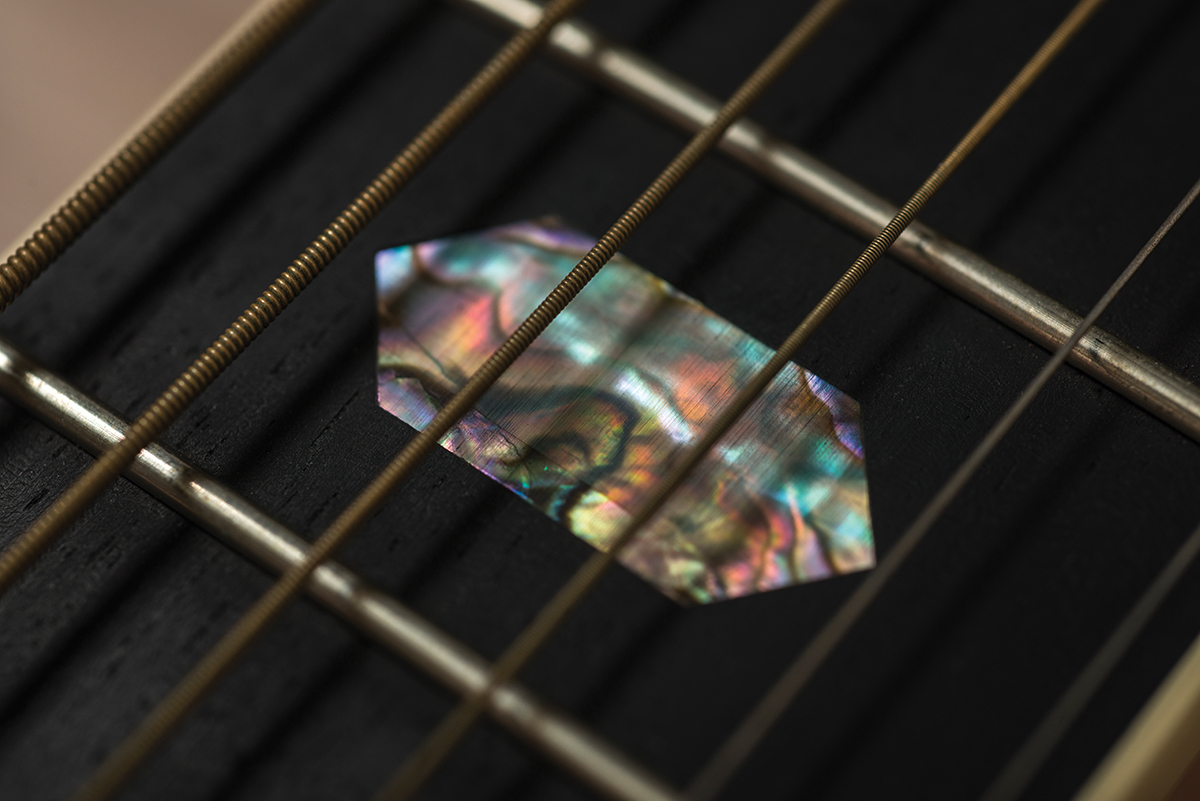 Visually, this reimagined D-41 is everything we would hope to see in a 40 series Martin. The rosewood (in this case East Indian) is straight-grained and perfectly quarter-sawn, and the Sitka spruce top is finished with a glowing vintage-aged toner. The body purflings, soundhole rosette and hexagonal block fretboard inlays are all cut from abalone which in conjunction with the Antique White plastic bindings and heel cap give the instrument a classic look. All the inlay work including the vertical abalone headstock logo, is executed to a high standard and supports, rather than distracts from, the beauty of the natural materials used. There will always be players who shy away from a more ornate instrument but here we feel the aesthetics of the build to be well judged and balanced. 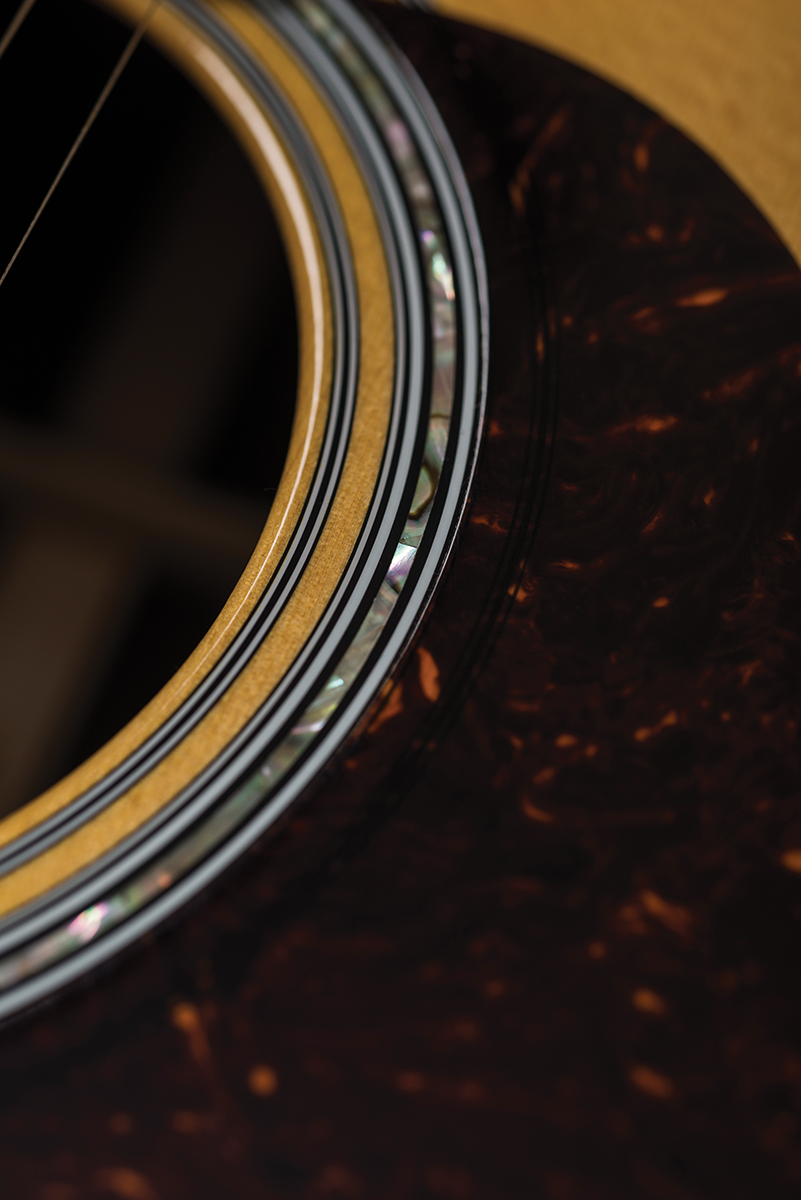 Like all dreadnoughts this new D-41 is a big guitar with its 15.62-inch lower bout. There’s no escaping that. However, how a guitar plays is often much more than a set of measurements and it is a comfortable instrument to play seated or standing, despite its depth. We would argue that modern ergonomic flourishes such as an arm bevel or Manzer Wedge tapered body would rob this design of its vintage character. 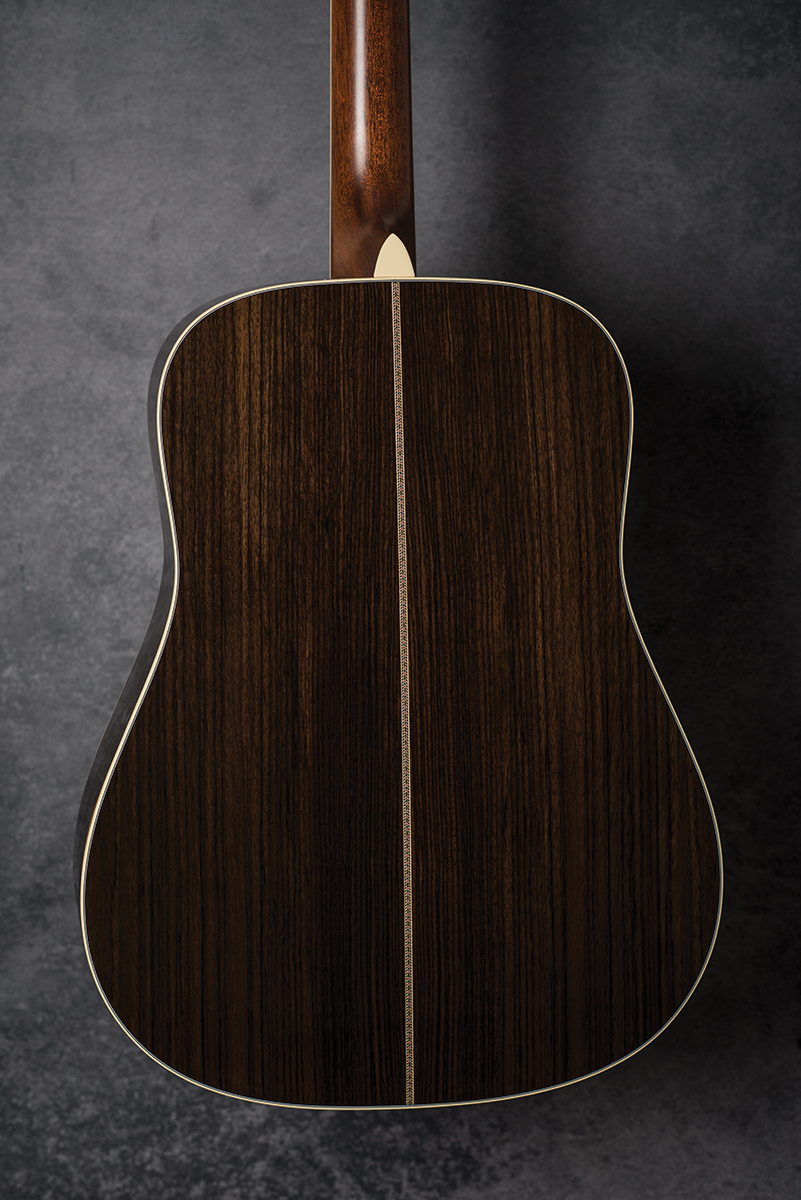 With such high build quality, it would be a real disappointment if the sound of the Reimagined D-41 was anything less than excellent. However, the first strum of an open E chord is frankly sensational. Launching into some investigatory bluegrass G runs and Paul Simon-style fingerpicking we are rewarded with one of the finest dreadnought timbres this reviewer has heard in recent years. There is an immediate growl to the bass that paired with the liquid, sparkling trebles leaves us salivating at the thought of just how good this new guitar will get as it matures.

Accusations of boominess and lack of clarity are often levelled at the dreadnought design. It’s important to bear in mind that the dreadnought was originally intended for the standing player, and as such, when flush against the player’s body the instrument’s back is effectively decoupled and dampened. When seated however, there is less contact between the back and the player and it is at this point that things can get unruly with the guitar inevitably succumbing to its bass desires. 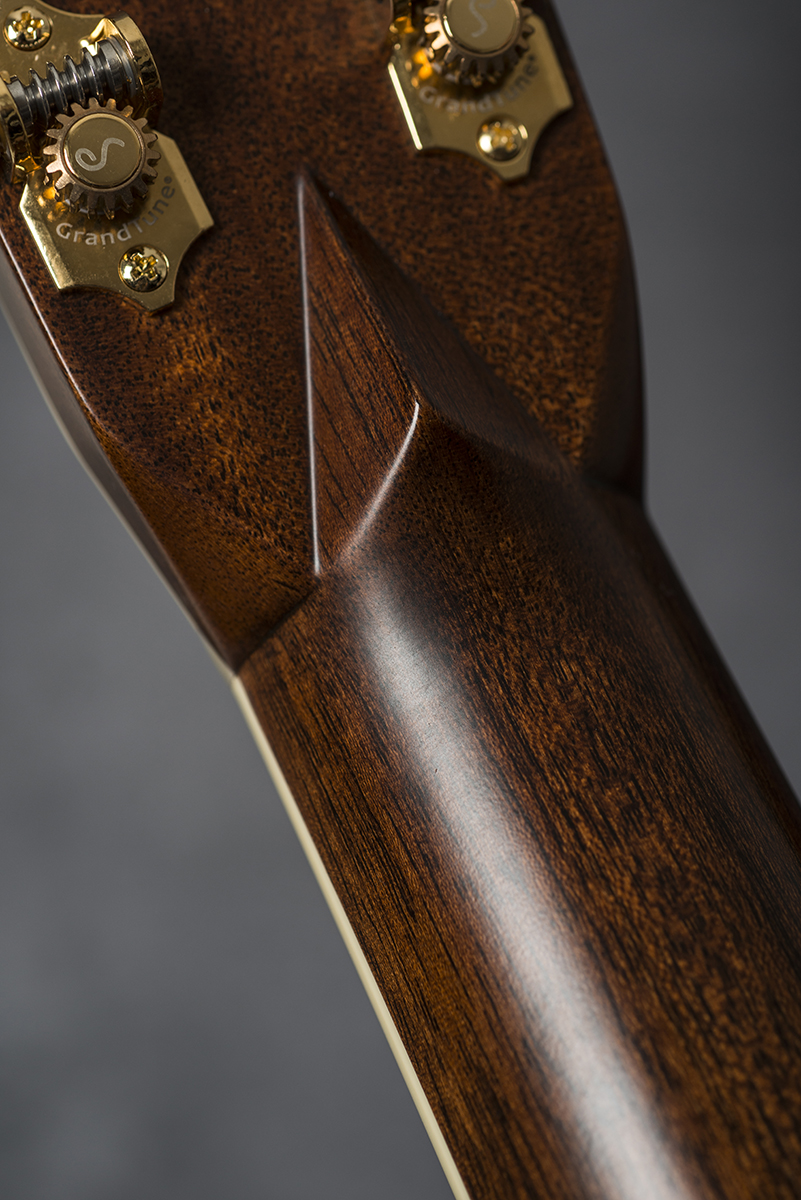 In the case of this D-41 the scalloped, forward shifted braced top maintains excellent clarity and articulation throughout, even when played hard. The bass response is full but not overpowering and under the close scrutiny of a pair of Gefell M300 mics the D-41 performs beautifully in a studio recording session.

Having explored standard tuning we pressed the D-41 into service as a modern fingerstyle instrument with some Michael Hedges-style pieces in drop tunings. When taken to a low C the guitar responds very well, the bass growling and full, and the trebles retaining their sparkle across the whole spectrum. Slapped harmonics and tapping runs retain their detail and presence, and the decay envelope of both chords and single notes is smooth and very musical. 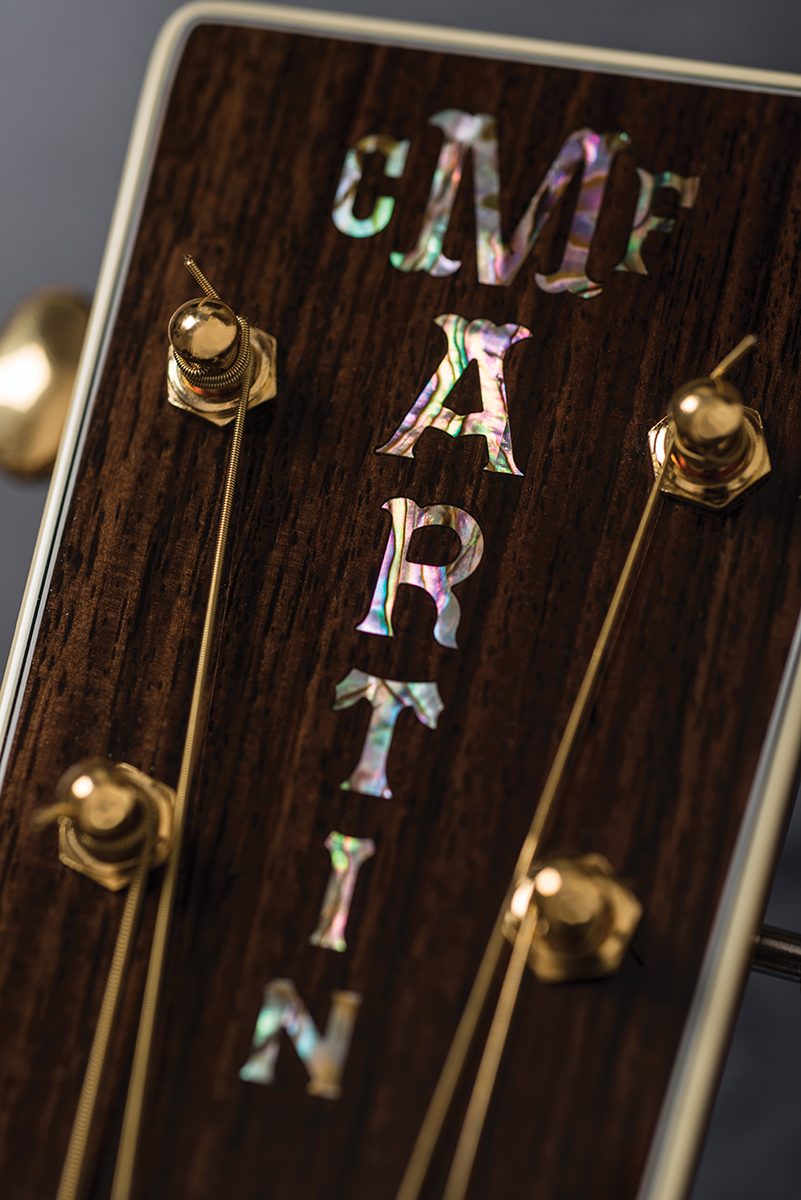 The neck carve feels superbly comfortable even with the fearsome stretches that are part of the joy of playing in DADGAD, and the string spacing at the saddle gives just enough room for Pierre Bensusan-style ‘nail return’ techniques. It’s worth pointing out that the gold open-back Schaller Grand Tune machineheads and the bone nut make changing tunings easy, with rock-solid performance throughout.

In truth, we find it hard to put the D-41 down. What starts as our initial 10-minute note-taking session ends up an hour later as we discover new and musical facets to the instrument. It is a truly inspiring guitar. In short, with this Reimagined D-41, Martin has succeeded in creating an instrument worthy of its 185-year heritage. Not only that, but in this particular dreadnought model it has built a guitar that deserves to take its place with legendary vintage examples of the breed.

While it commands a thought-provoking price tag, it’s worth pointing out that we have not encountered a dreadnought sound of this quality outside of either vintage Martins or specialist Martin-style luthiers such as Lynn Dudenbostel or Wayne Henderson. And when you consider these alternatives would command a five-figure price tag, the D-41 looks far more reasonable. 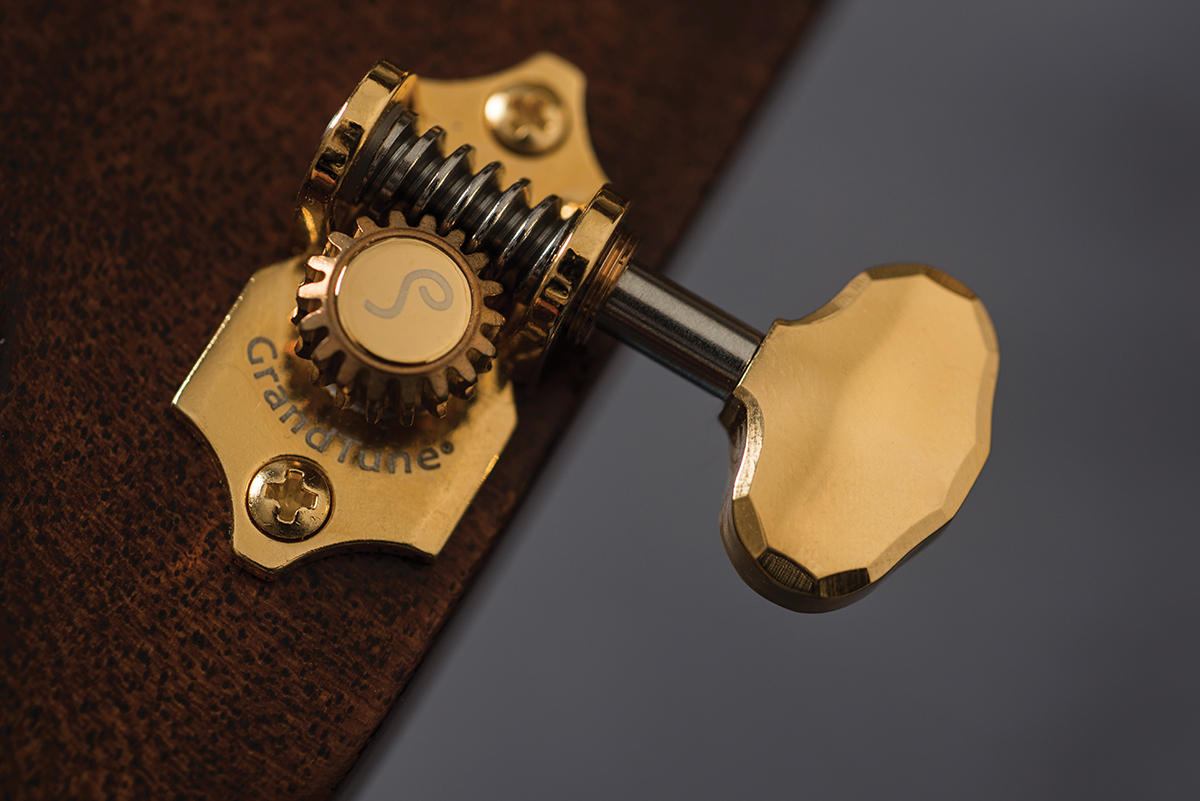 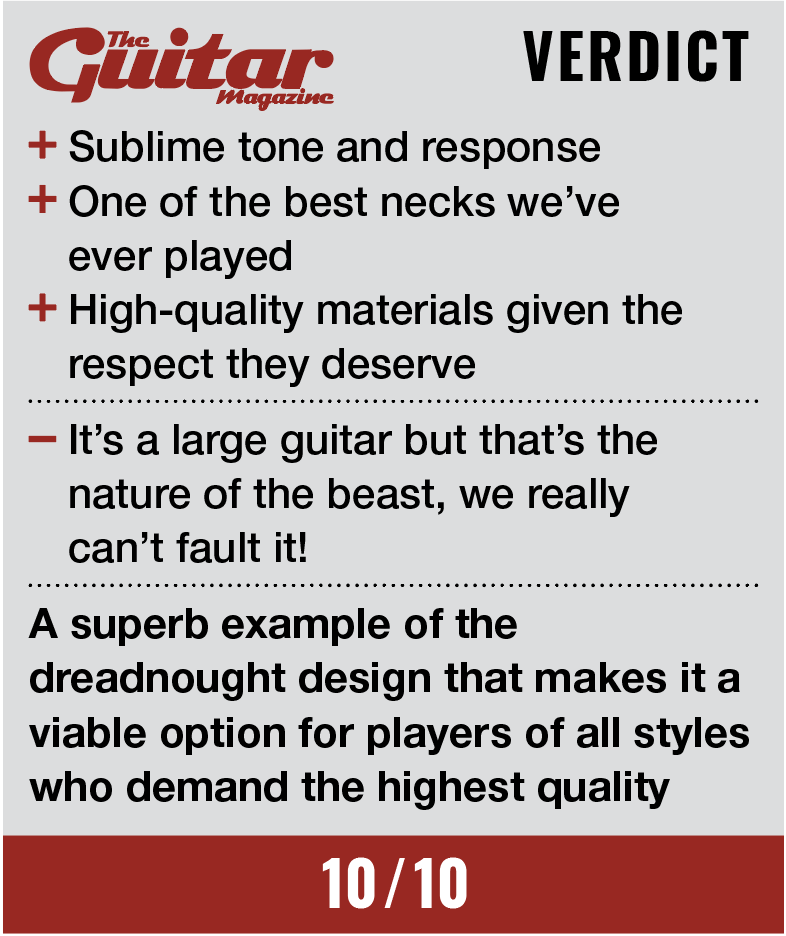