2015 is shaping up as a good year for high-quality low-price semi-acoustics. Marcus Leadley checks out the latest instrument from Michael Kelly 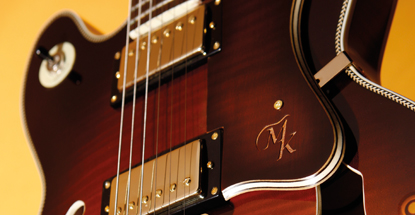 Michael Kelly started out making acoustic basses and mandolins about 10 years ago. However, since becoming part of the same Hanser Music Group as BC Rich, we’ve seen rock instruments join the brand’s roster. The Deuce Classica seems more in step with the earlier acoustic tradition; it’s a fine looking semi-acoustic with a vintage feel, and the tiger eye flame maple finish, imitation wood scratchplate and inlaid headstock design gives the guitar a definite jazz aura. 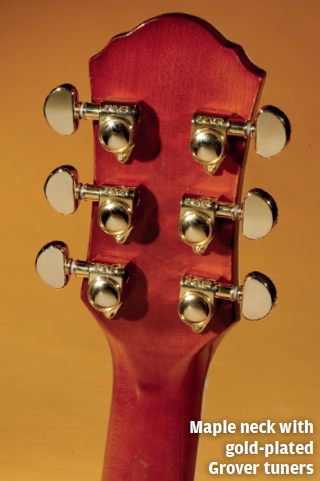 The body is made from maple laminates and features a solid maple centre block, which aligns it with the design of Gibson’s 335; the block is a solution Gibson came up with in the late 1950s as a way of controlling the feedback issues more traditional thinline models were experiencing in the louder, higher-gain rock and pop environments. It effectively divides the body chamber in two, which cuts down resonance. At the same time, the basic semi-acoustic character is maintained.

The Deuce Classica feels like a very classy instrument. It’s got a good, rich acoustic voice and the bound rosewood fingerboard has an easy-playing character, helped by a good fret job and a nicely in-tune set up. The double teardrop inlays are an original touch, without being overly fancy; however, there are some minor issues with routing and alignment, and some filler appears to have been used. None of this effects the instrument’s performance. 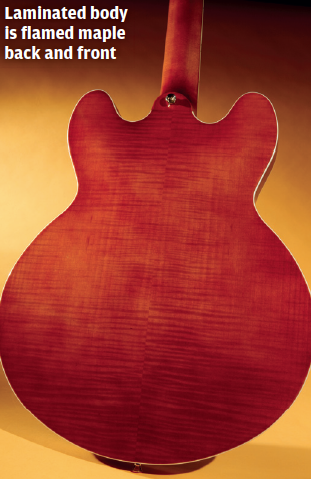 The 24.75″ scale length is immediately familiar to the hand and it’s hard not to feel at home on this territory. The general standard of finishing is very good and the maple set neck offers a rounded full ’60s profile without being overly chunky. The neck is made from maple, not mahogany as one would expect with a Gibson, but this does not seem to have a marked effect on the overall tone of the instrument; maybe it’s a tad brighter.

I’m not a huge fan of Grover tuners as they always feel a little rubbery and vague to me, but these are the real McCoy and there is no question they are quality hardware and they do the job required of them. All the hardware – tunomatic bridge, stop tail piece, screws and pickguard mount – are gold-plated. This suits the look of the instrument, but some may be a little concerned when it comes to the longevity of the plating. However, this is only really an issue if you’re likely to use the guitar regularly for hot and sweaty gigs.
In terms of its electrics the Deuce Classica offers a suitably conservative feature set: a pair of PAF-Plus humbuckers, independent tone and volume controls and a three-way selector, which is mounted on the upper forward bout not with the rest of the controls. Designating a humbucker as a PAF-style unit is a cheeky reference to the Gibson humbucker introduced as an alternative to the single coil P90 in the in 1950s. Used in this context, the name is telling us we should expect mellow vintage tones and classic blues and rock voices rather than high-gain contemporary characteristics. 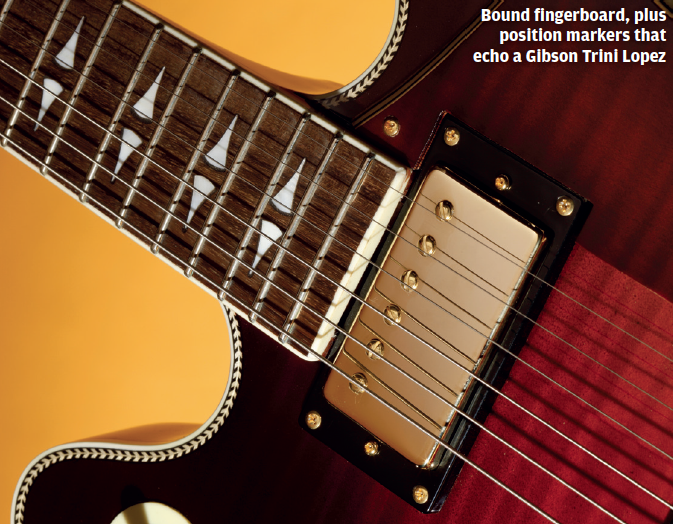 Sounds
One of the things about a thinline semi-acoustic is that you can’t really cut corners that much when it comes to materials and manufacturing. It’s pretty much impossible to build a semi below a certain price point, and falling prices generally reflect the cost savings associated with Chinese manufacturing. Many of the most traditional, expensive instruments are still made from laminates so there is no intrinsic reason why a budget model, if you get all the other factors right, shouldn’t sound really very good. 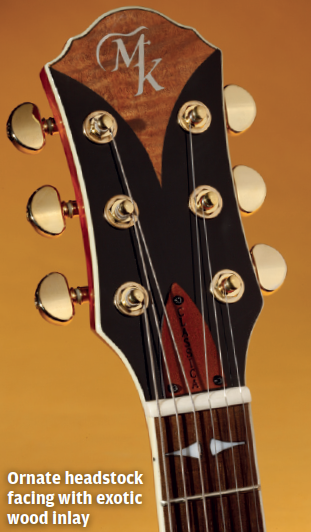 This Classica proves the point. The pickups are really well-voiced; even some name brand units can fail to deliver a good clean chord sound in the bridge position, but these are spanky and bright without any midrange muddle. Indeed, there’s a really pleasing pick-edge click to the tone that’s ideal for funk rhythm work. First position chords sound open and full, and melody playing is a pleasure – all the more so because the bass frequencies are well articulated. This makes fingerpicking for ragtime or blues extremely effective.
Adding a hint of drive delivers a sound that’s idea for vintage John Lee Hooker, or you can ramp things up a bit for classic BB King. Switching to a Marshall and flicking around the pickup selector brings on many classic post –’68 era Cream guitar sounds, and moving between the three pickup settings and tweaking the amp creates a huge array of different voices. Clean, edgy or buttery jazz tones are there in abundance, but push the gain beyond what seems sensible and you’re into Alvin Lee or Dave Grohl territory, and you have to get pretty loud to bring on the feedback. The guitar really starts to come alive at this point. 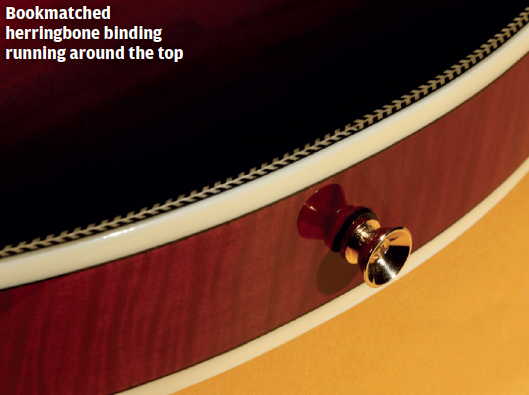 Verdict
This is a well made, flexible and extremely tuneful electric guitar. The pickups are a real winner and there is nothing about this instrument that makes you think it’s a relatively budget model. The hardware is all of a good standard – the use of genuine Grover tuners in particular is an unexpected mark of quality – but the looks are an acquired taste, and some might want to change the scratchplate and truss rod cover for standard black plastic (or genuine wood). 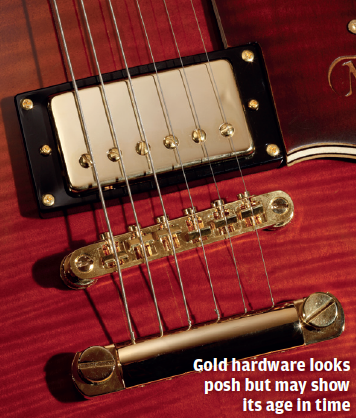 This guitar could work effectively for many different types of players, and both the first-time buyer and the seasoned veteran who fancies trying a semi for a change will be well served. The Classica would also make a very good slide guitar. There are significant discounts out there well below RRP that make this instrument a very appealing proposition. 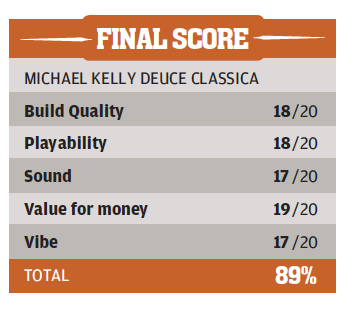