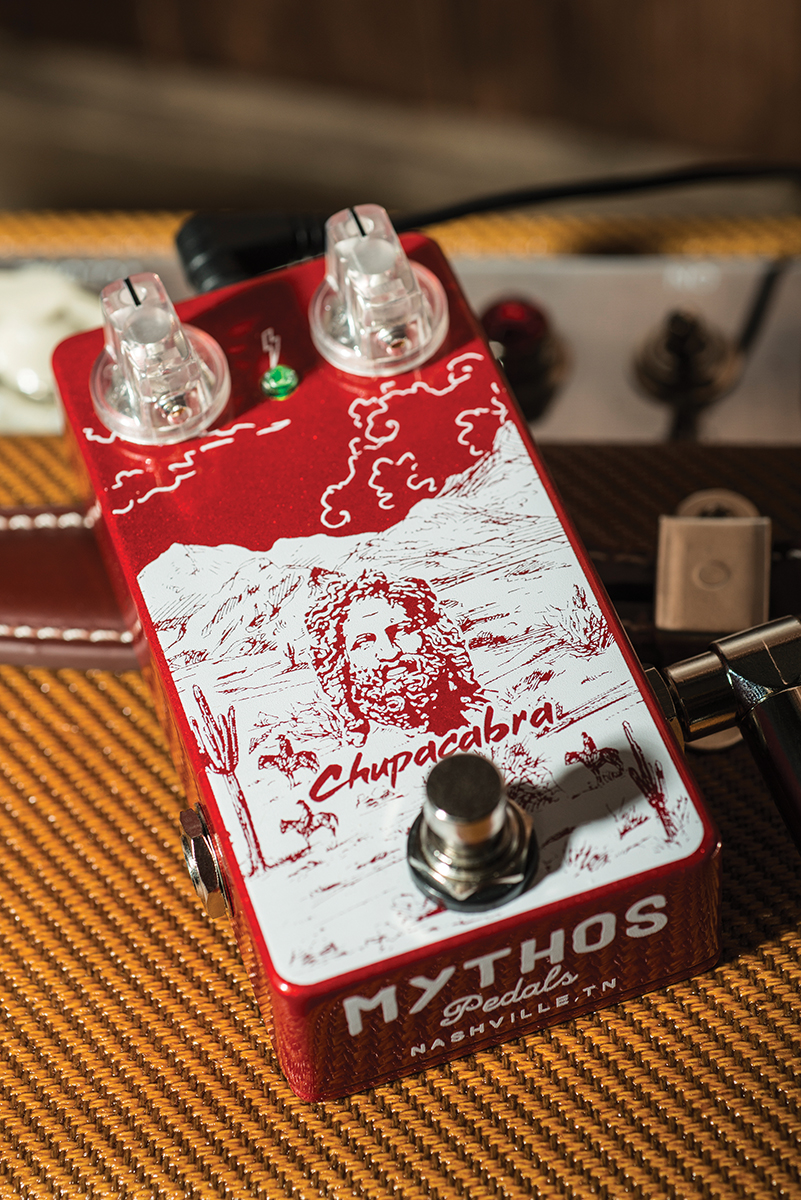 Established in Nashville in 2010, Mythos Pedals offers a range of hand-made boutique units with a variety of classic sounds (Bluesbreaker, Klon etc), all named after figures and creatures of myth and legend.

This new model, the Chupacabra overdrive/fuzz pedal, is directly inspired by the seminal guitar tones committed to tape by early ZZ Top: think the early-to-mid-70s trio Mud Of The Rio Grande, Tres Hombres and Fandango!. Legendary tones indeed – and attempting to capture the raw guitar power of the nascent supergroup in a pedal is no mean feat.

The Chupacabra (named after a bear-sized spiny bloodsucking creature from the folklore of the Americas) is extremely simple to use, with two knobs for volume and gain, and a footswitch. At the heart of the beast is a CD4049UBE chip, which makes for a smooth gain progression from pushed boost to overdrive to fuzz as you turn the gain knob.

Firing the pedal up, we’re greeted by a bright green LED – and with both knobs at 12 o’clock, our clean sound on a Telecaster bridge pickup is noticeably hairier. This is certainly a pushed rather than transparent boost, which stamps its own character on your tone. In some cases, this may be just what you want.

As we add more gain, it becomes readily apparent that the Mythos Chupacabra occupies a sweet spot where overdrive meets fuzz. We’ve heard this sound in the wild with older tweed amps when they are fully cranked up, but it’s relatively rare to find such an authentic reproduction in stompbox form.

With the gain at 100 per cent, the fuzzier character of the pedal shows its hand. There’s no fizziness here; in fact, it’s not a high-gain fuzz at all in that sense, being more reminiscent to these ears of a vintage germanium Fuzz Face. Hybrid picking the riff to La Grange with the tone control of the guitar backed off a touch produces an instantly evocative sound, which provokes grins all round – and is hands-down one of the best blues-rock rhythm tones we’ve heard for some time. Adding a Les Paul to proceedings, we crossed the border into Led Zeppelin II territory, with some searing low-gain-but-high-impact lead sounds.

The Mythos Chupacabra is a niche pedal intended to cover one part of the tonal spectrum, and it does so very well indeed. It may not be the only overdrive or fuzz pedal you’ll ever need, but it’s difficult to think of another unit offering these particular tones so convincingly. Other pedals in the Mythos product range cover a huge amount of ground, however, so it’s highly probable that when it comes to near-mythical drive, fuzz and boost effects, the company has got you covered. 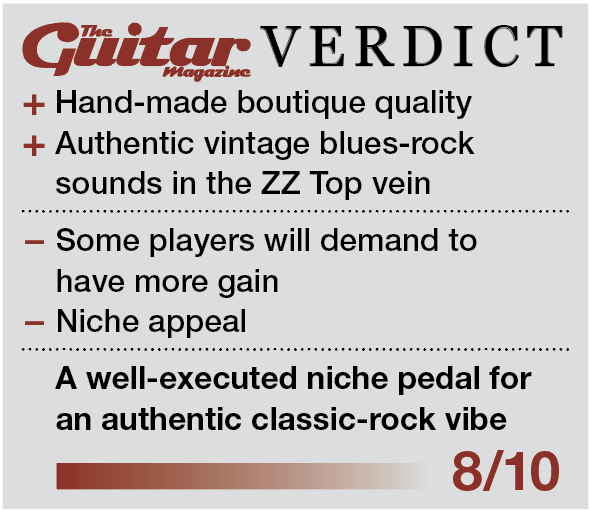