With one foot in the 1940s and the other in the now, this repurposed cine-projector amplifier features vintage valves and transformers alongside brand-new components. 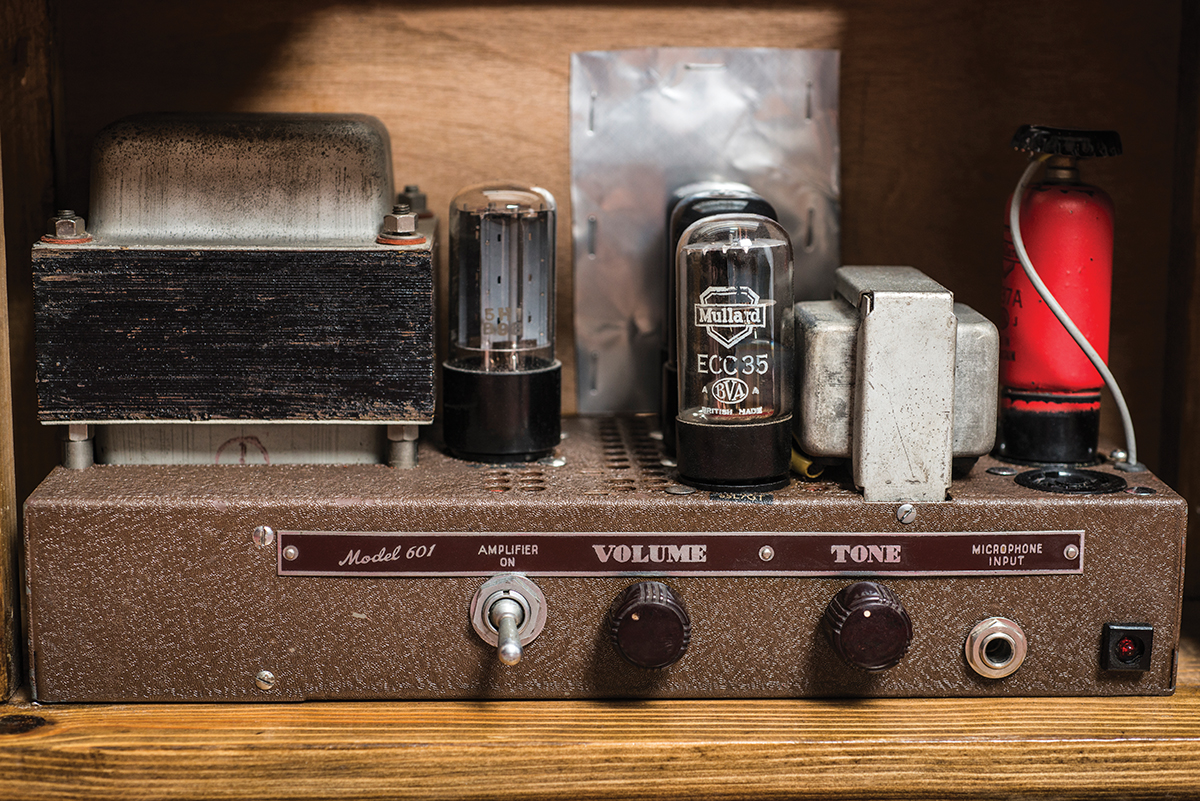 This reviewer’s father has owned a slide projector since the early sixties and its infrequent outings on family occasions are always accompanied by the distinctive smell of very hot vintage electronics. So it’s appropriate that this amplifier, repurposed from the audio amplifier in a 1940s Bell & Howell 16mm film projector, smells exactly the same.

These amps have become popular among DIY amp builders because they can be found fairly cheaply and they come with fine-quality transformers, a cool-looking pre-finished chassis and all the necessary valve sockets. Some merely tweak the Bell & Howell amplifier for guitar use, but others strip them out completely to install custom designs wired point-to-point with modern components.

Oldamps mainman Andy Drinkall does the latter, and his Filmosound is powered by a pair of cathode-biased 6V6 power valves generating 15 or 22 watts, depending on the rectifier valve. It can use a 5Y3GT or a 5Z4GT and, since it was originally constructed in the USA, it requires a 110v step-down transformer. 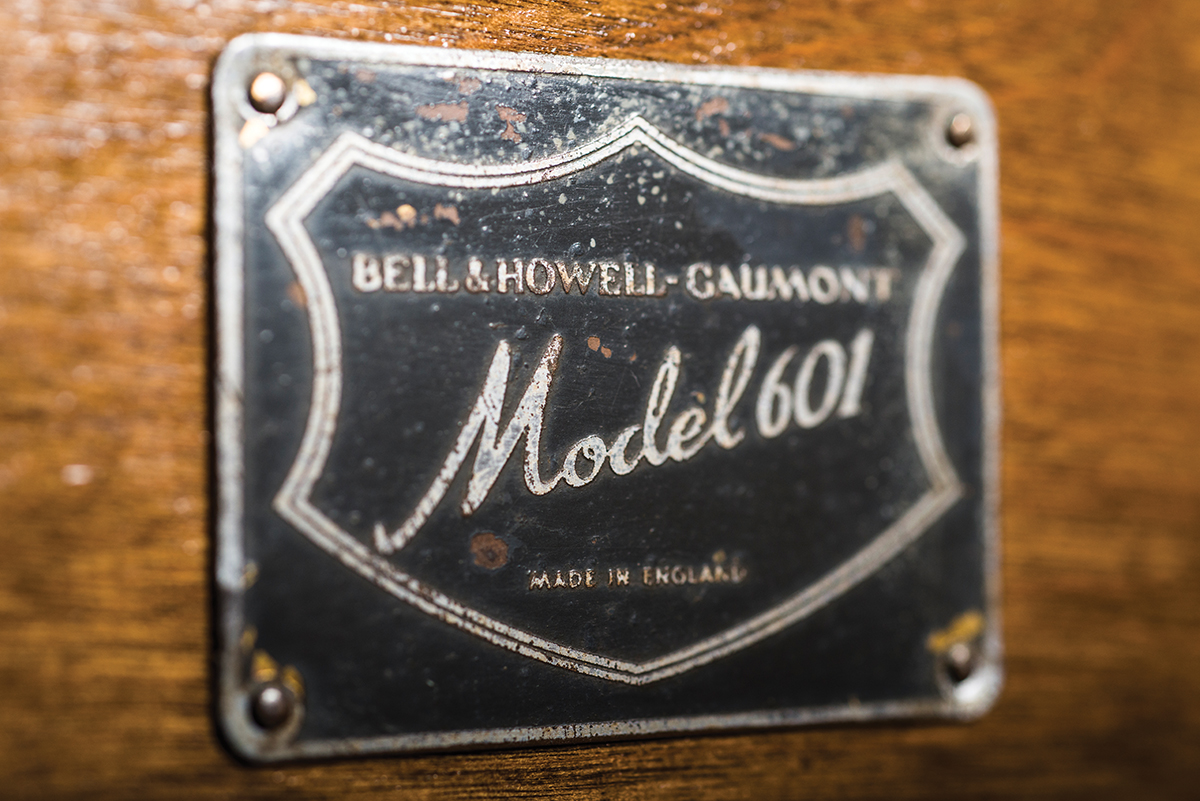 Far from a mere gimmick, the Filmosound is a flexible amp for recording

Drinkall uses the existing preamp valves and the lineup may raise some eyebrows, because an EF37A pentode feeds an ECC35 (aka 6SL7) dual triode. Both are NOS Mullards and the EF37A has a beer bottletop wired as a grid screen.

The front panel has volume and tone, the power switch plus the original knobs, crackle-brown finish and a pop-riveted plate. The rear panel is slightly modified, with two toggle switches to accompany the 8- and 16-ohm speaker outputs.

A three-way switch provides two boost settings by altering the cathode-bypass capacitor value of V2. The centre position is a non-boosted setting with no cathode bypass capacitor, which also disengages the capacitor in the 6V6 bias circuit. The other toggle switch engages two different cathode resistors on the second preamp, in order to adjust the clean headroom. 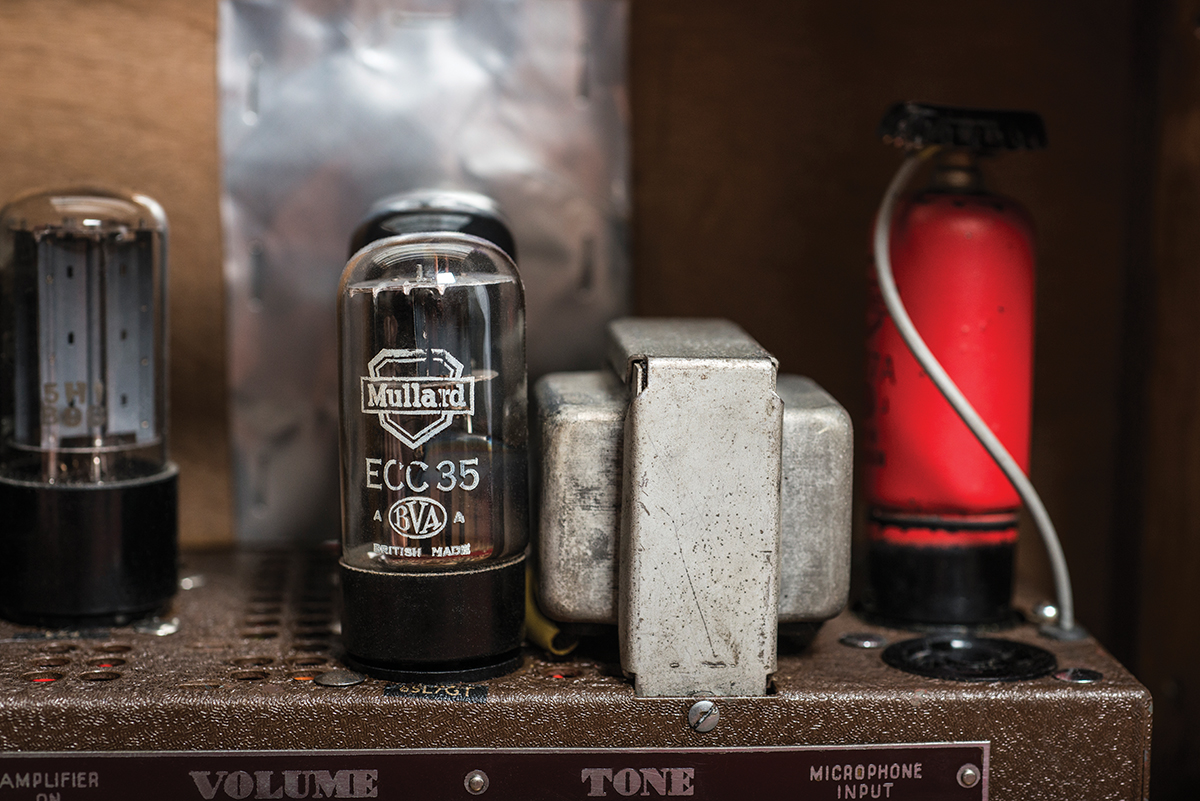 At first glance, the cabinet may look like something that was built in a shed and finished in a back yard, and it actually was – but look closer and you’ll see it’s a properly built box with dovetail joints. Yes, there’s something slightly Heath Robinson about this amp, but it all adds to the considerable charm.

The Filmosound doesn’t come with a manual, but if you can’t figure this amp out on your own, you probably shouldn’t be operating electronic equipment. Fortunately, this is one of those rare amps that sounds pretty fantastic wherever the controls are positioned.

In addition to displaying the power status, the pilot light indicates the Filmosound’s state of readiness. As a result, nothing happens when you switch the amp on and you have to peer through the massive top vent to check for a warm orange heater glow, confirming all is well. The red pilot light joins the party when the Filmosound decides it’s good to go.

With the volume and tone set to halfway, Strat pickups push the Filmosound to the cusp of overdrive. The tone is wonderfully clear without excessive brightness and the midrange has a full and fluid quality that makes even the bridge pickup sound robust. 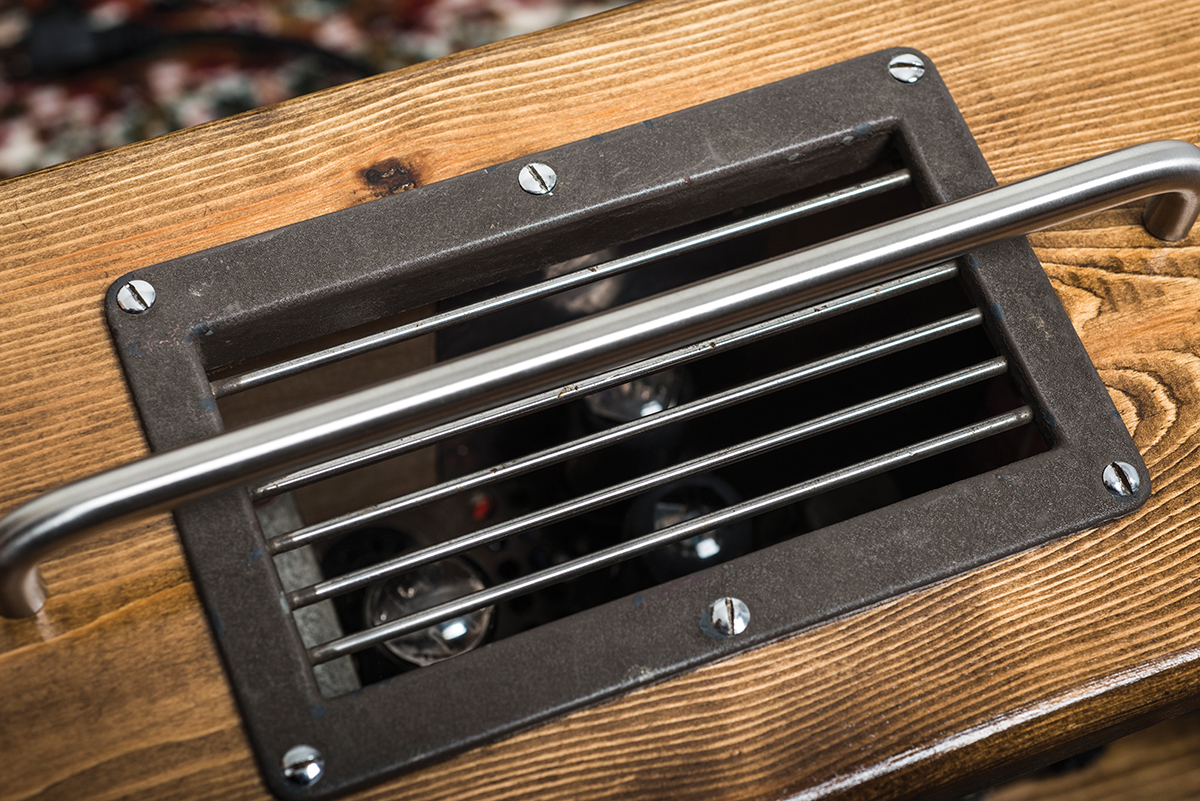 Like some tweeds, the tone control adds gain as it’s turned clockwise, but you can compensate by turning back the volume control if you want extra brightness with dynamically controlled breakup.

With the tone maxed out, the Filmosound produces a chiming treble that never gets shrill or brittle and the volume control hits the sweet spot very quickly, so there’s a surprising amount of headroom. 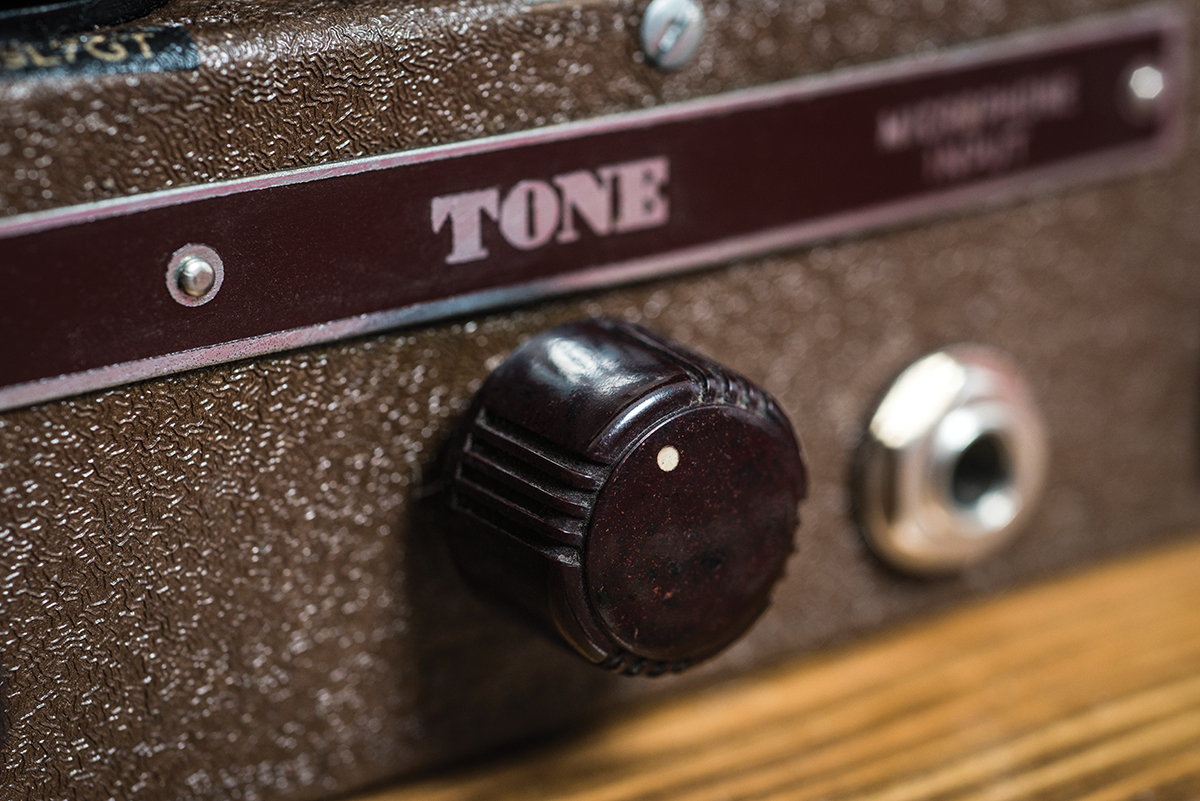 The tone control adds gain as you turn it clockwise

Even without overdrive, the Filmosound sustains very well; note decay is always smooth and it’s easy to dial in old-school jazz tones. The Filmosound responds particularly well with P-90s to produce a horn-like honk.

Go flat-out on both controls and the Filmosound delivers fatness with clarity, amazing sustain and a velvety smooth richness that’s harmonically complex, but well defined. The overdrive’s character is a resonant roar rather than tweedy fierceness and is actually more reminiscent of 50s Gibson amps, or even a Trainwreck, to our ears. 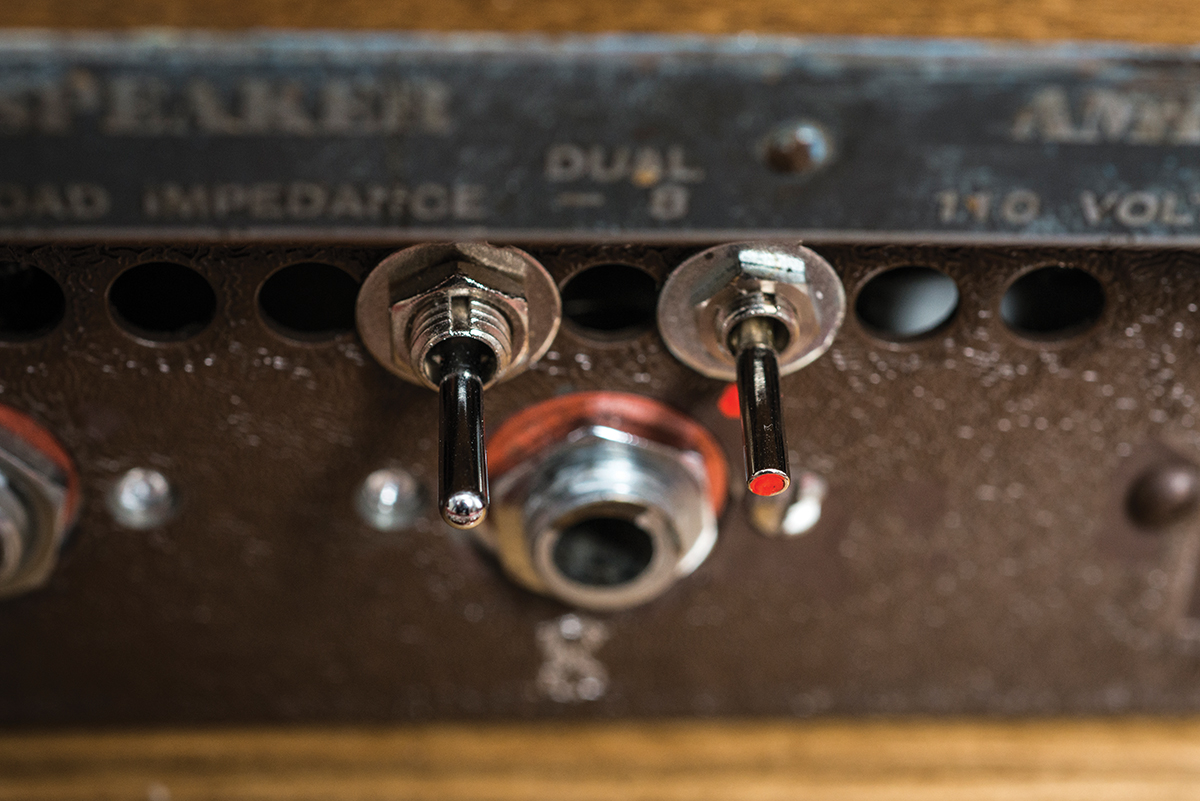 The Filmosound’s non-boost mode covers an awful lot of ground but the boost modes add extra dimensions. The boosts raise gain and reduce headroom, as you might expect, but in the down position you get a full frequency boost, which is perfect if you want some extra drive from single coils. The up position has a slight low-end rolloff that emphasises bite in the upper-mid frequencies. If you need to drive it hard with darker-sounding humbuckers, this boost mode helps to prevent the bass end becoming muddy or loose.

You may also notice a bit of extra treble with the boost modes engaged and, to our ears, some of the Filmosound’s smoothness yields to a tad more edge and crunch. This is no bad thing, because you get a slightly different overdrive without losing the amp’s fundamental voicing.

Moving over to a Les Paul, you can still dial in enough treble to make PAFs jangle without being forced to max out the tone control. You get articulate bite, swirly harmonics and the type of growly grind that would keep a swampy roots rocker entertained for hours. The exercise also demonstrates that the Filmosound is totally unfussy about pickups and may render any drive or boost pedals on your board redundant.

In our experience, surprisingly few modern amps match the treble sweetness and touch dynamics of really well-sorted vintage amps without some undercurrent of edginess. We can’t say for sure whether it’s vintage valves, original transformers – or even the period knobs! – but the Filmosound has those vintage qualities in abundance and with no nasty sonic artefacts.

So if anybody can tell us where to find another handwired amp with genuine vintage transformers and valves that sounds (and smells) as good as this for only £750, we’d love to hear about it… 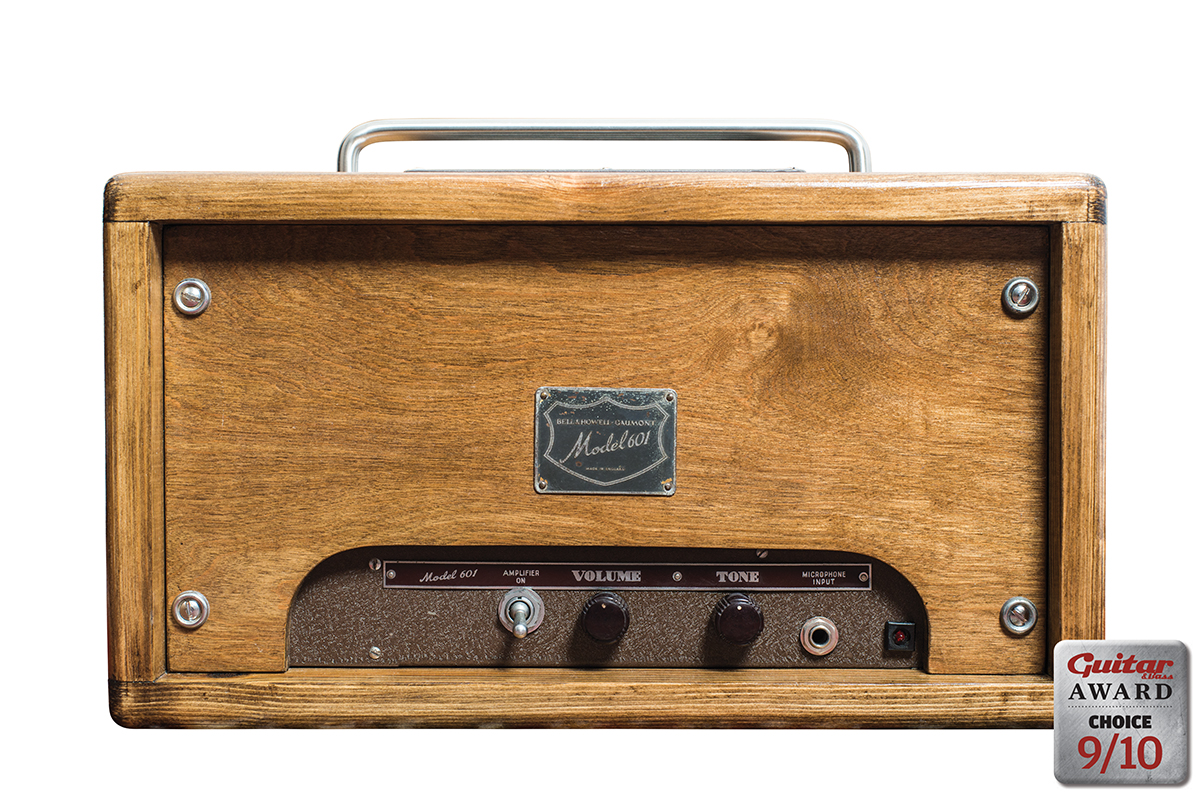 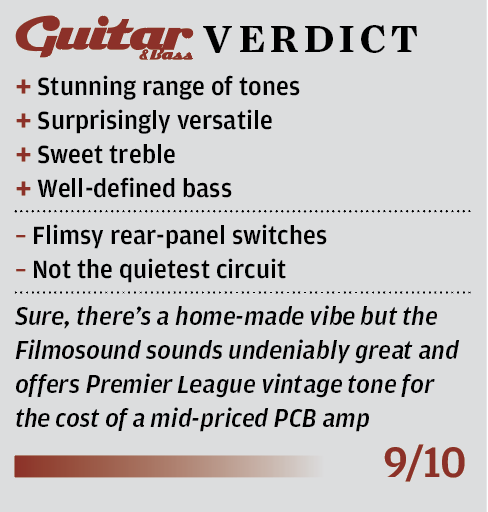