A circuit from Orange’s recent past is reimagined in stereo. Chris Vinnicombe grabs and goes… 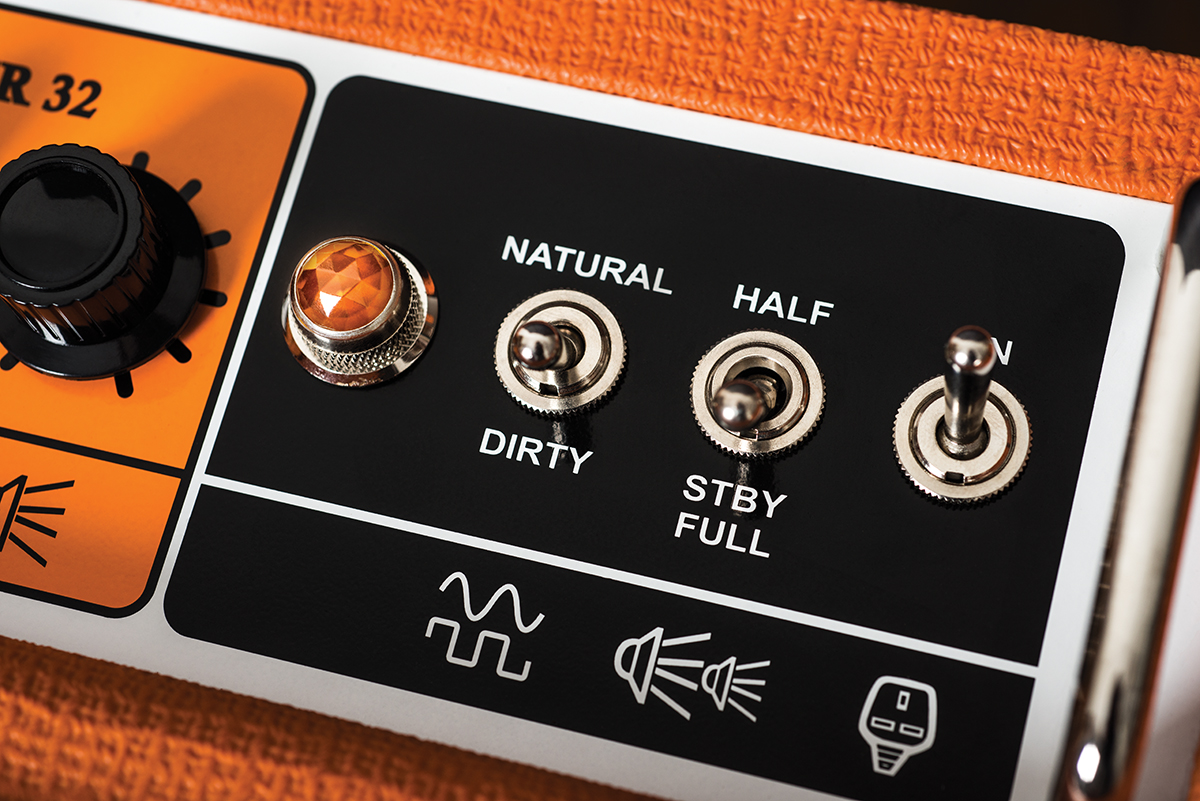 Launched in the mid-noughties, the popular Orange Rocker 30 came in head or combo form and delivered 30 watts from a pair of EL34 power valves running in Class A. Although discontinued and superseded by the TH30 in 2010, Orange still receives enquiries about the original Rocker, so the company’s technical director Adrian Emsley decided to revisit it.

Like their forebear, both amps feature two channels; the first, entitled Natural, is governed by just a single volume control and is designed to be clean and transparent until power-stage overdrive kicks in. The Dirty channel has gain and master volume controls either side of a three-band EQ. 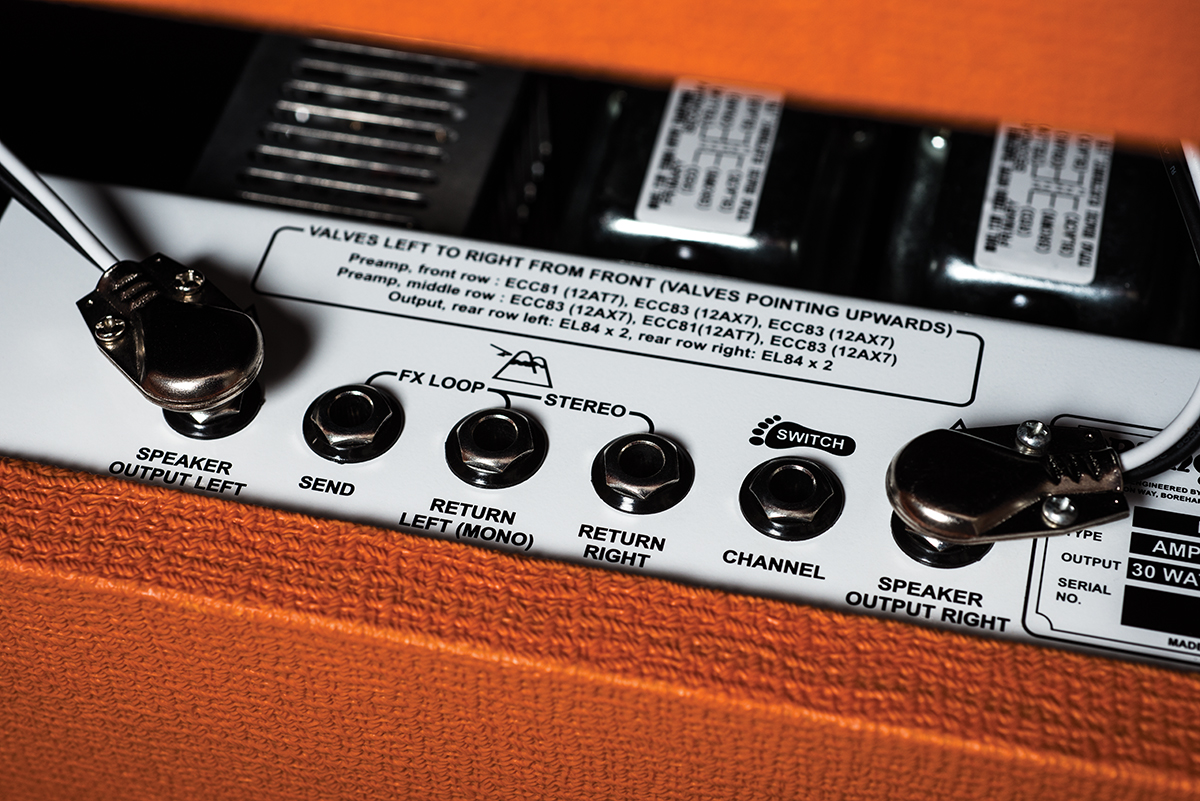 The Rocker 32’s stereo returns will appeal to ambient pedal addicts
As well as requests to resurrect the Rocker, there was also demand for Orange to release a one-watt valve amp for home use, so Adrian decided to incorporate a bedroom/headroom switch into the new Rocker 15. This means that as well as switching between 15- and seven-watt full- and half-power modes on the top panel, another chunky toggle switch around the back takes this down to one or 0.5 watts in ‘bedroom’ mode.

The 32 is the bigger brother and intended primarily for live use, so there’s no bedroom/headroom switch, but it is switchable between 30 and 15 watts and feature-packed nonetheless. Designed around a pair of 15-watt output stages, with one effects send and two returns, when using the left return alone the amp operates in mono.

Using the second return as well causes the signal to split into stereo, so if you are one of the many pedal addicts who use stereo delay, modulation, reverb or all of the above, the Rocker 32 allows you to bring stereo soundscapes to the stage with a very compact footprint.

The Rocker 32 offers 30- and 15-watt power modes
Even if you are using the Rocker 32 in mono, thanks to some clever engineering, the amp still has a more three-dimensional voice than most 2x10s. One side of the Rocker 32 has a cathode follower after the effects return, while the other is anode following. The cathode follower hits its power amp at a lower impedance than the anode follower; what this means in practice is that one side of the 2×10 has a faster and tighter response, while the other is softer and more compressed.

In addition, it’s also possible to patch mono effects into just one side in ‘wet/dry’ mode to create better separation, with the effected signal appearing in one speaker and your dry signal in the other.

Both amps utilise Orange’s 10-inch Voice Of The World speakers which, at over 100dB, offer plenty of punch when playing with a drummer. The exterior of both combos is characterised by compact but stout cabinetry and the company’s classic livery, and while the glyphs Orange employs for its volume, gain and EQ controls might take a little bit of getting used to, they soon become second nature.

Internal construction is neat and rugged, with one main PCB home to the lion’s share of the components and the valve bases, while the speaker output, FX loop and footswitch jack sockets live on a smaller satellite board.

This writer has long been a fan of Adrian’s EL84 amps in combination with PAF-style pickups, and the little Rocker 15 is no exception. With our battle-worn 2003 ES-335 currently sporting a pair of Tyson Tone TTL-1 vintage PAF clones, plugging into the 15’s Natural channel is a joy.

There’s plenty of chime and harmonic complexity and a raw and moreish overdrive as you crank the amp, with willing musical feedback. If Neil Young had been born just inside the M25, his guitar tone would sound something like this. It’s a lot of fun with a Telecaster, too, and sounds nicely Stones-y with the volume just past noon. 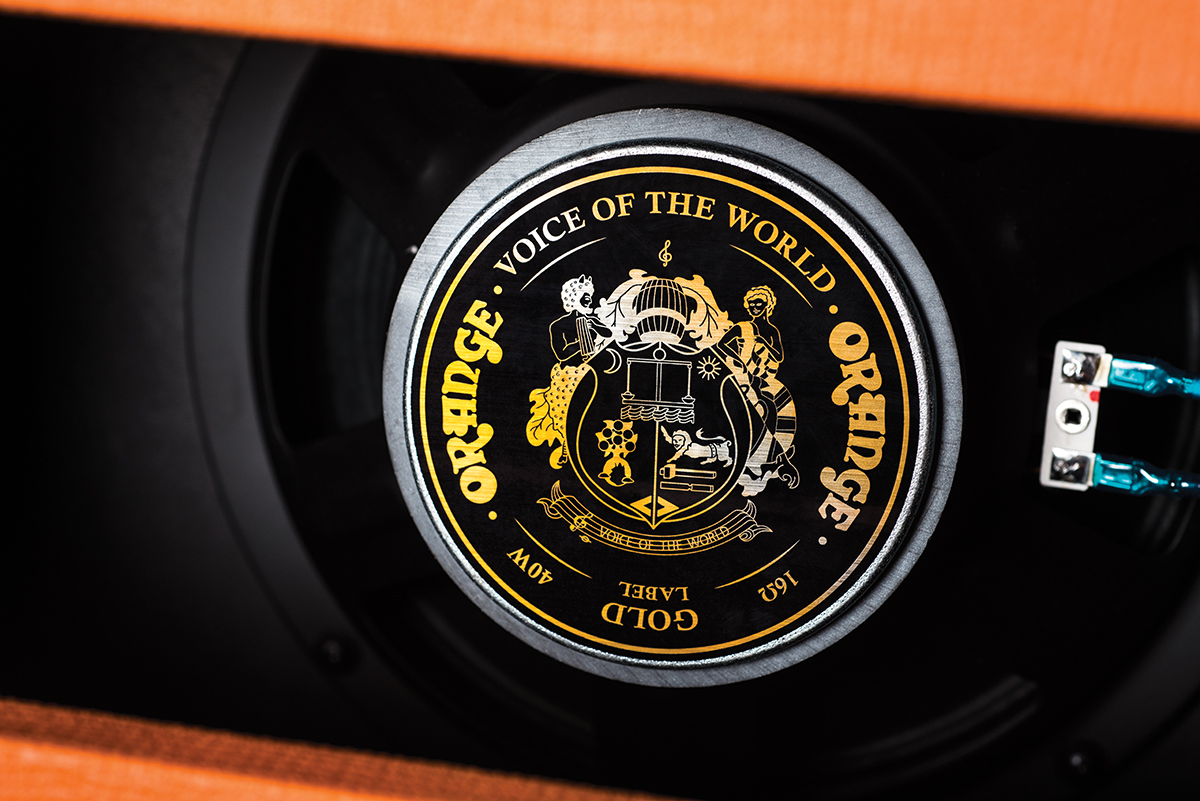 There’s no EQ, of course, so suddenly those oft-neglected controls on your guitar become your most powerful tone-shaping tools. Yet because the various power settings on offer allow you to make your chosen level of break-up work in a variety of spaces, it’s a surprisingly versatile single-knob channel that would make for a very cool little amp in its own right.

It’s also loud for its size, aided by the efficient 10-inch speaker that’s certainly not short on bass in a band situation.

Switch over to the Dirty channel and you get a fierce British rock tone with a slightly fuzzy texture that is distinctly Orange – it’s not going to please Santana fans, but for aggressive rock ’n’ roll it’s a killer voice that carves out a space in the mix with authority.

Lower-power high-gain settings can get a little fizzy if you are not careful, but at gig levels the Rocker 15 is glorious and absolutely loves a Gibson with a pokey bridge pickup. It’s tighter and more controlled than the looser overdrive of the natural channel, too. What a cool little amp! 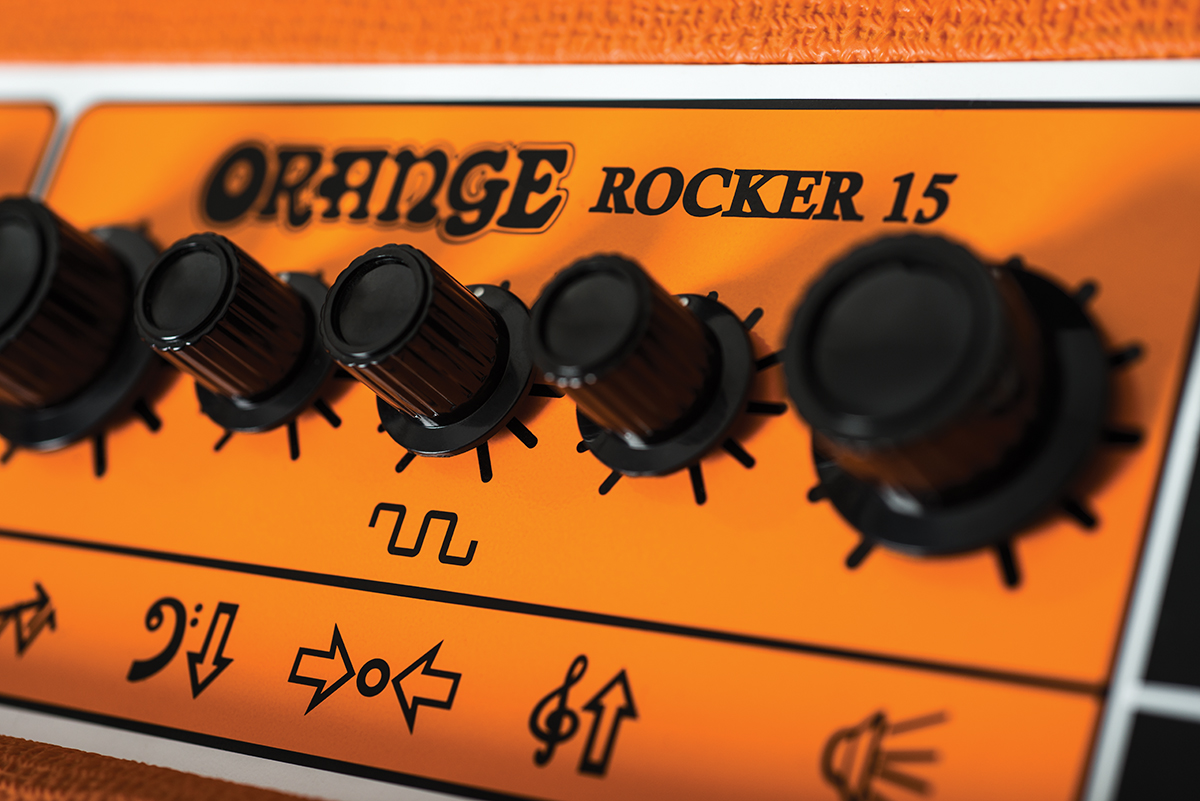 Both amps have vintage-style ‘Pics Only’ panels but this soon becomes second nature
Switching to the Rocker 32, most of what we’ve said about the voicing of the 15 applies, but here it’s delivered with greater depth, volume, spread and punch. It’s a gutsy beast, but crucially there’s the headroom and stereo connectivity to allow pedal addicts more freedom.

At gig volume, it excels with a richness and aggression that’s much more three-dimensional than most amps in its class. And even in half-power mode, it has the necessary extra spread and punch to deliver on stages that might be a little too big for the 15.

Stereo effects really do sound impressively immersive in the loop – if you tend to get your drive kicks from your pedalboard, then setting up the Dirty channel as a second clean ‘base’ tone works really well. There are some beautiful chiming Vox-y clean sounds available on both sides that are reminiscent of the old single-channel Orange AD30.

Flipping between channels doesn’t feel like a step change in the way that channel-switching amps sometimes can – here, it’s a more organic shift than that. Take a few steps back and drink the sound in: it’s expansive, room-filling stuff. Who needs 12-inch speakers, eh? 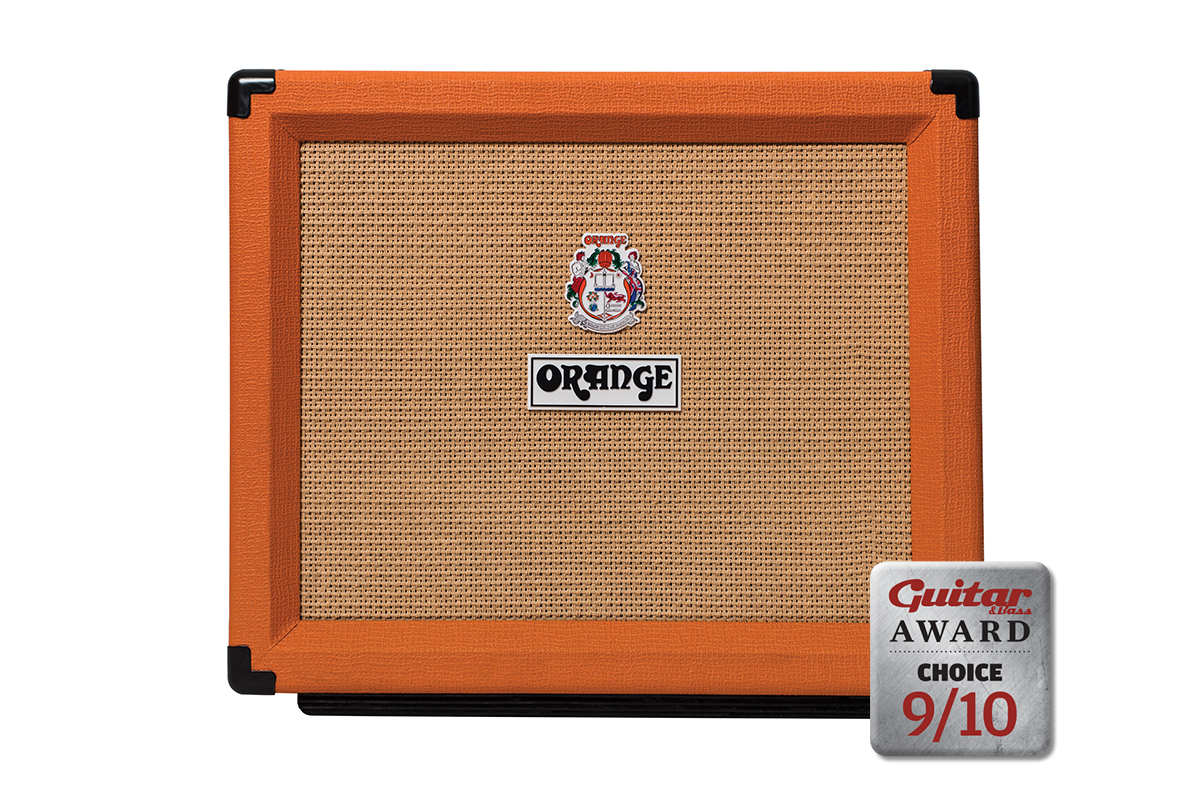 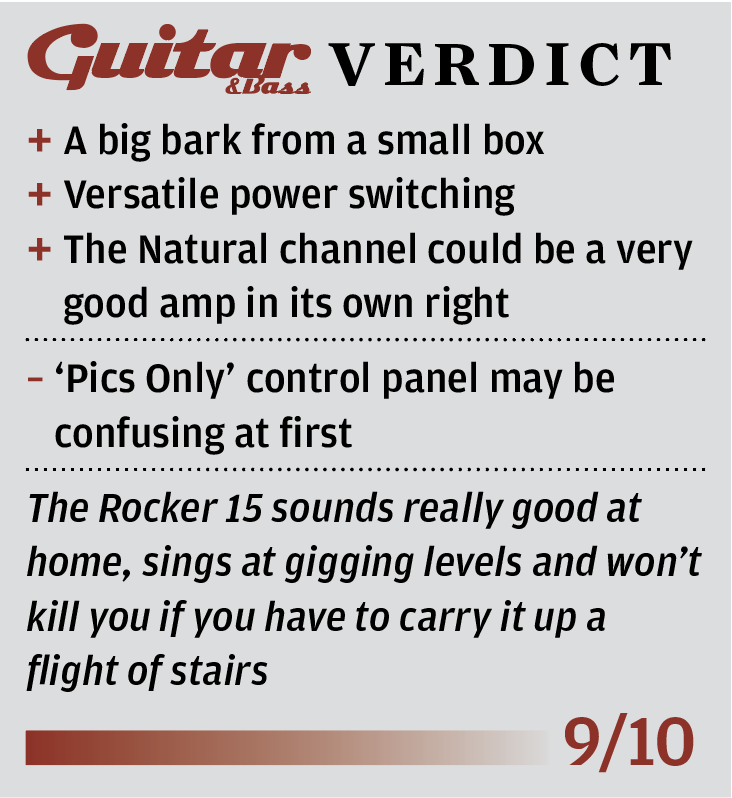 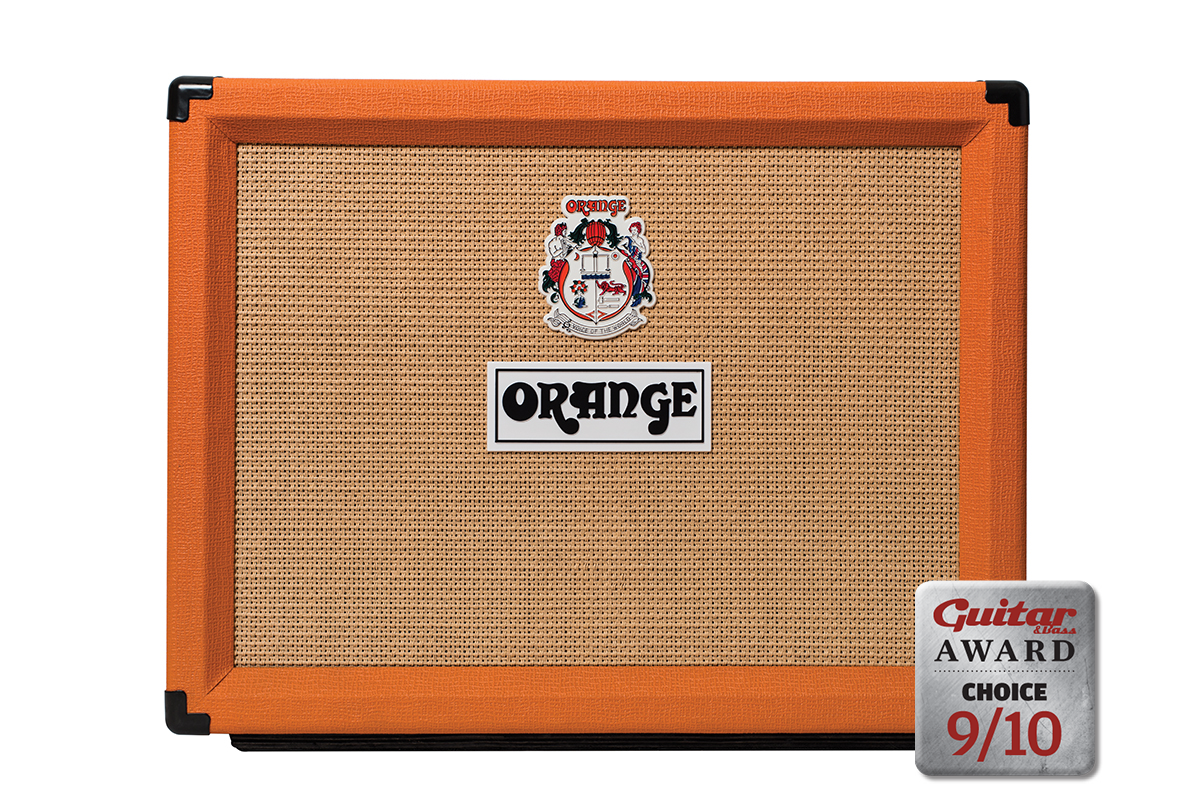 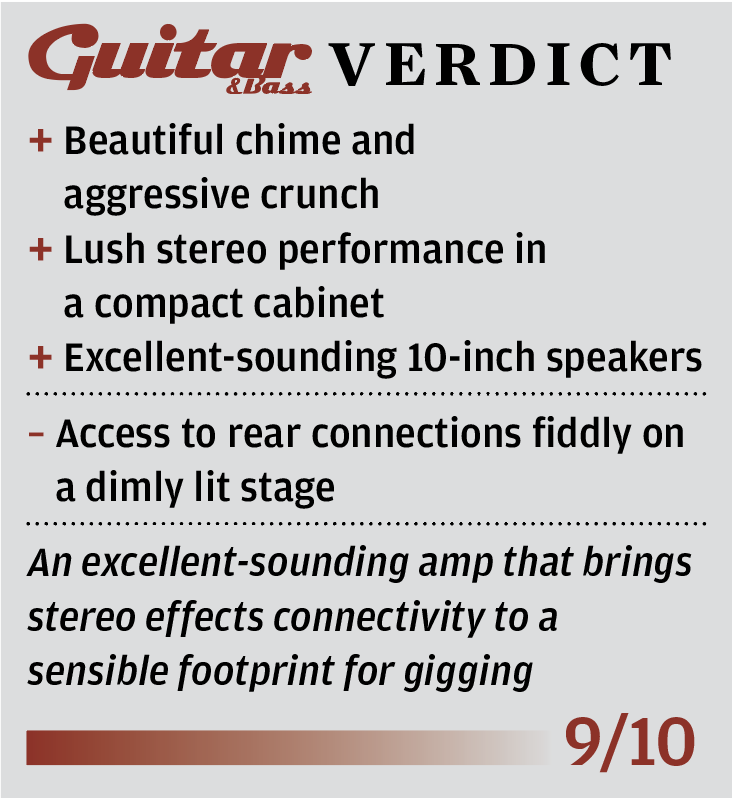