Fender follows the Acoustasonic Telecaster with a double-cut version, complete with a range of new sounds. Does this svelte hybrid raise the bar? 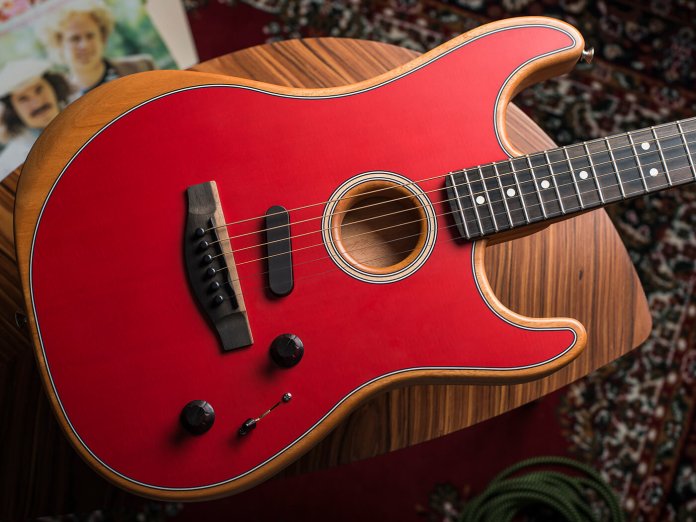 One of the highlights of NAMM 2019 was the launch of the American Acoustasonic Telecaster, a modernist design that proved a hit thanks to its combination of striking looks and performance geared towards the needs of the Instagram generation. Just as it did in the 1950s, hot on the heels of that oh-so-modern Telecaster comes an even sleeker sibling.

Just like the Tele version, the American Acoustasonic Stratocaster features a hollow mahogany body routed from two centre-joined sections that act as a frame (including the round-edged forearm chamfer and belly-cut), into which a transverse-braced Sitka spruce top is set, with the finish and purfling printed rather than sprayed onto it. Then there’s Fender’s eye-catching patented Stringed Instrument Resonance System (SIRS). This soundport extends into the body itself, an idea similar to the tornavoz that added depth to the sound of lightly built Antonio de Torres classical instruments of the 19th century.

Fender describes the profile of the mahogany neck as a Modern Deep C, a neck carve that debuted with the American Professional series in 2017. It feels full in the hand, though the thin open-pore satin urethane finish will split opinions. The 12-inch fretboard radius is a world away from a vintage Strat’s 7.25 inches, as is the ebony extension that allows for a 22nd fret. 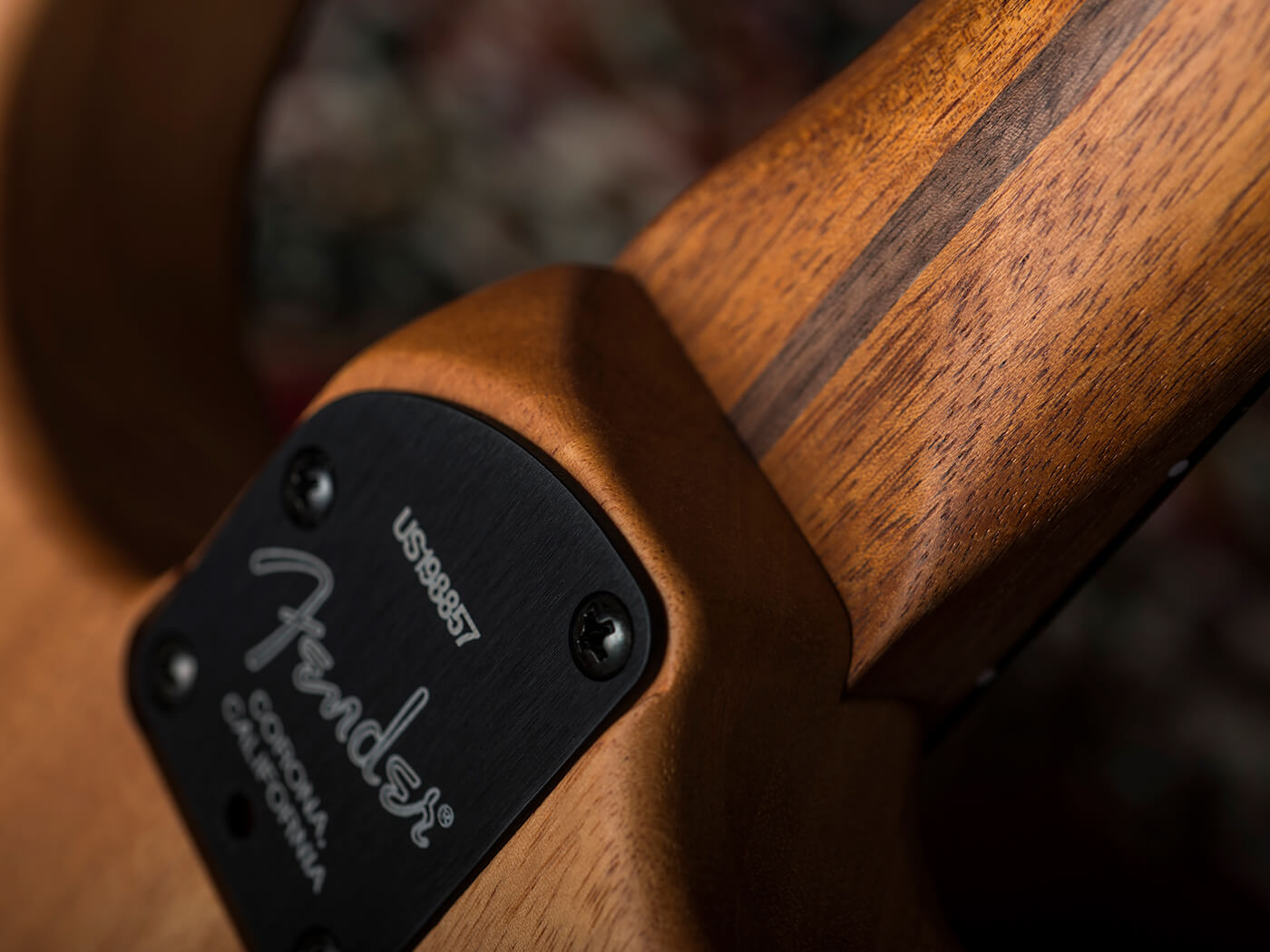 The iconic solidbody Stratocaster design is beloved for its triple-pickup configuration and, with this Acoustasonic incarnation, we get a different take on that trifecta, with a Fishman undersaddle transducer and under-bridge body sensor, and a Fender Noiseless magnetic pickup at the bridge. It’s in the array of sonic options available that the Stratocaster differs most from its Telecaster stablemate, with a variety of voices modelled on acoustic guitars and three straight electric sounds. All the sounds are mono blends, so Y-cable stereo-blend shenanigans are off-limits.

Although comfortable against the body, the guitar is a little neck-heavy, doubtless due to the hollow construction in conjunction with the Strat’s balance point. The 0.011 gauge acoustic strings coupled with the relatively slim neck width make for a playing experience that is neither acoustic nor electric – dedicated acoustic fingerstylists may find the string spacing a little tight, especially in deep open tunings, while electric players may find the prospect of a wound G daunting. That said, Tyler Bryant and Daniel Donato’s blistering NAMM performance was proof that it’s entirely possible to shred on this if you so wish. 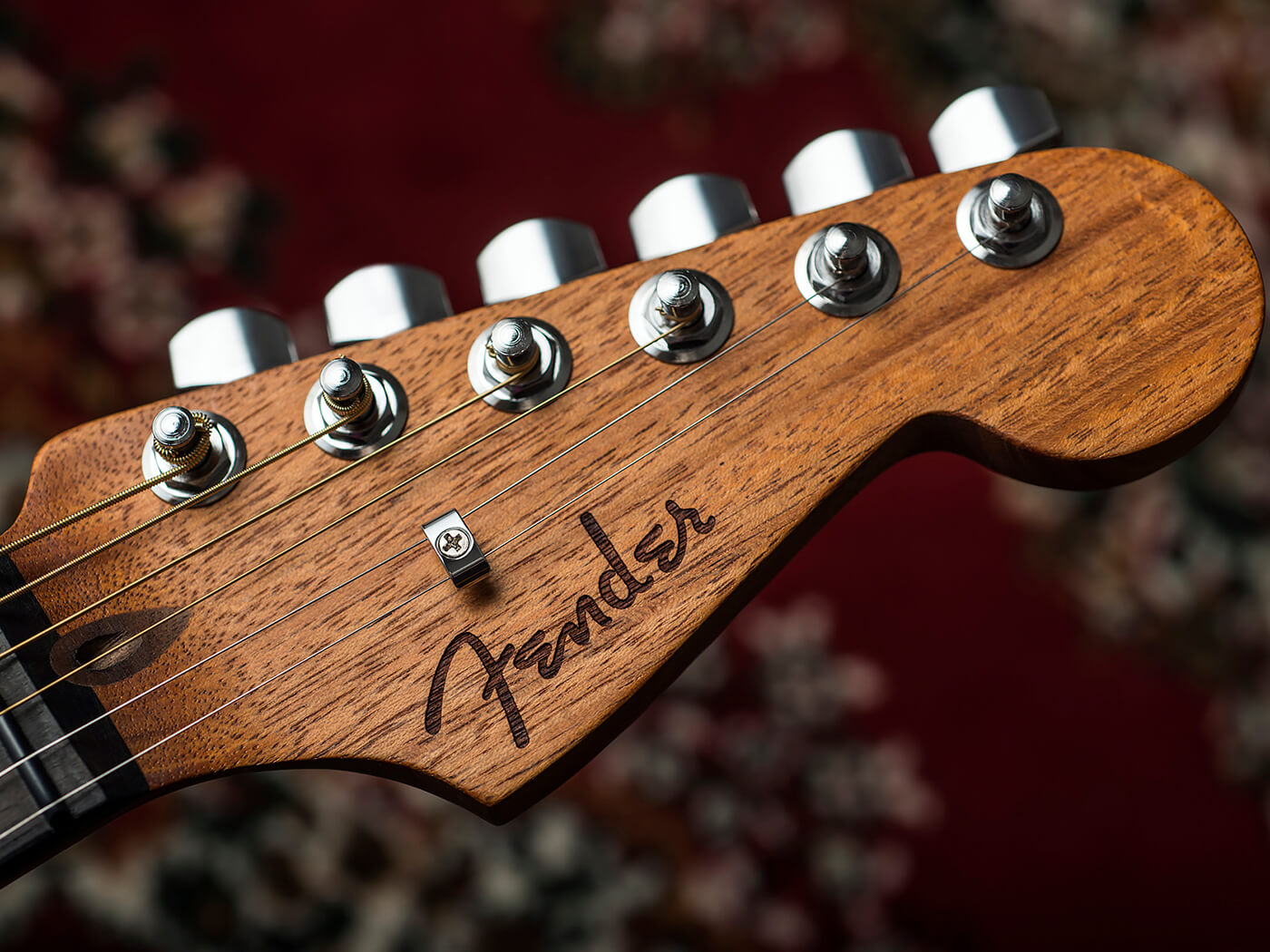 The Acoustasonic Stratocaster features 10 voices, and what looks like a tone control is in fact the ‘mod’ knob, which allows you to blend between the twin sounds on offer in each position on the five-way blade selector. Such a wealth of sonic variety is only workable with active electronics and the guitar features a rechargeable battery system that draws its power via a mini USB hidden in the output jack. Reassuringly, the volume knob has been shifted to sit where a Strat player would expect to find it.

Our first dilemma when unleashing the guitar from its rugged, commuter-friendly gigbag is what to plug it into. We experiment with a variety of options, including dedicated acoustic amps, valve combos, and direct into PA systems, and it’s the latter with which we feel the instrument works best. 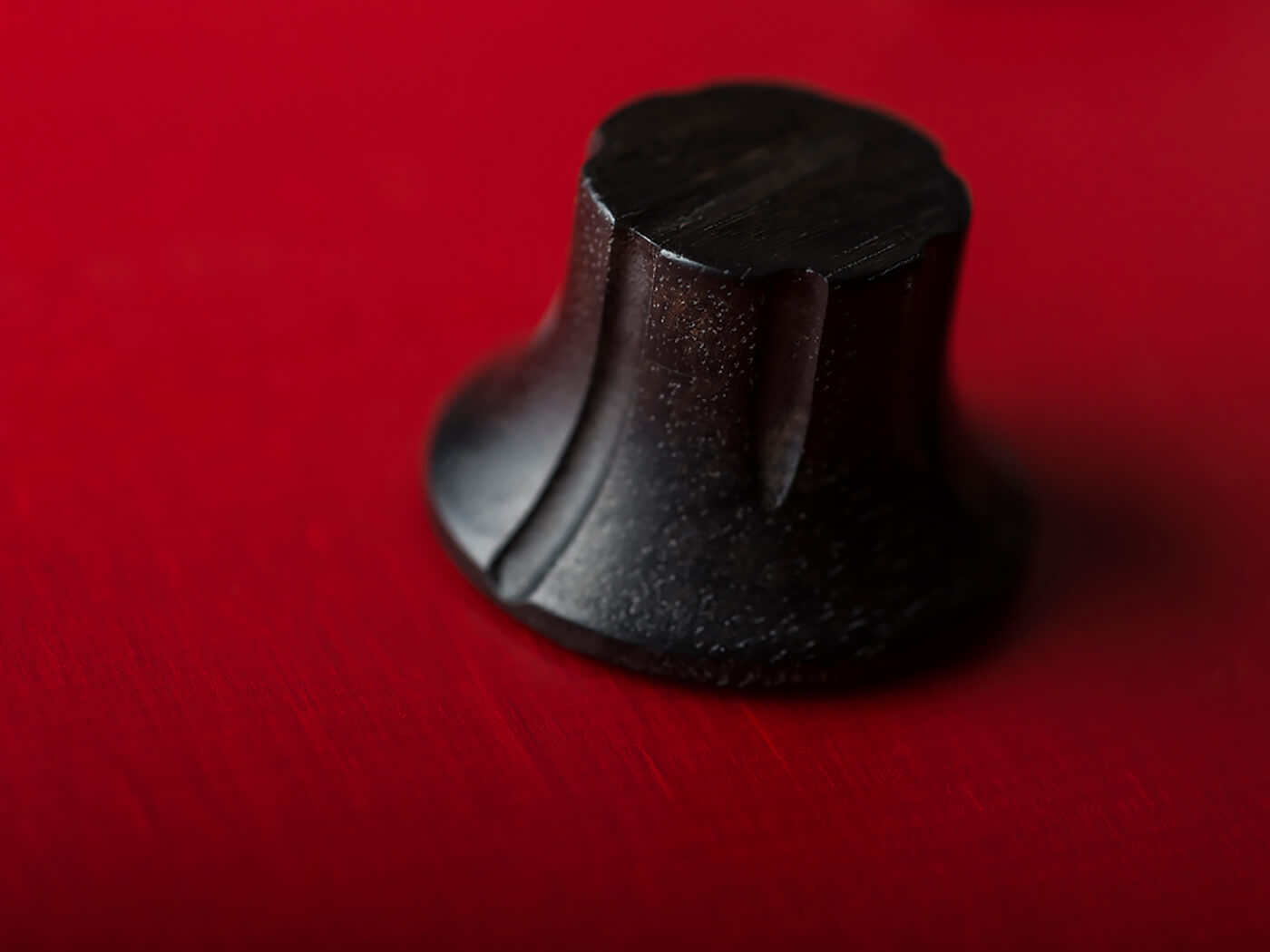 In position five, where you’d usually find a Stratocaster’s neck pickup, you get ‘core acoustics’, with a choice of sounds modelled on a chunky mahogany dreadnought or a tinkly rosewood concert model. Both of these modelled voices work well for strumming – the clear, fundamental mahogany dread and rich complex voice of the 12-fret slot-headstock concert model offering a lot to work with.

Position four is for ‘alternative’ acoustics and features a small-body walnut guitar – dial it in for an immediate shot of Ed Sheeran – and an Americana-style mahogany dreadnought for a dry, woody fingerstyle voice. 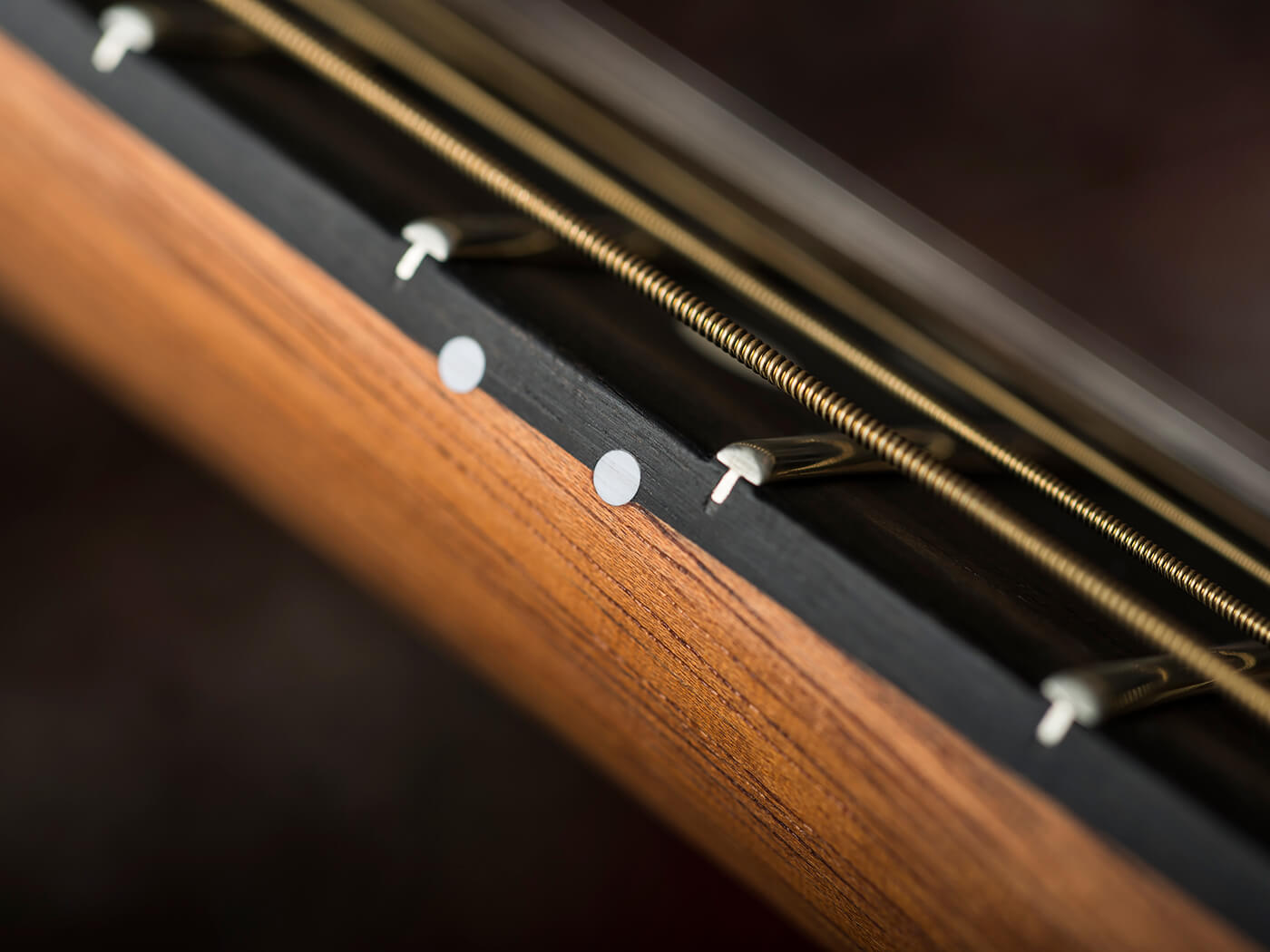 Position three unleashes percussion and enhanced harmonics with a rosewood auditorium voice. This time, the mod knob blends in the body pickup, so you can get your Hedges vibe on – that’s Michael, not Benson and – with taps on the bridge and body. In practice, the ‘bass drum’ effect on the soundboard could still use a bit of compression to tighten it. The body ‘snare’ and ‘tom’ sounds are also a little muted compared to a full-size acoustic instrument but they’re definitely usable, just add a loop pedal for days of fun.

Up until this point, the modelled guitars have all had Sitka spruce tops. Position two, however, is an acoustic-electric blend between a rosewood dreadnought with an Engelmann spruce top and a clean single-coil sound. This is the only position that offers an acoustic-single-coil blend, and results in some enthralling textures. 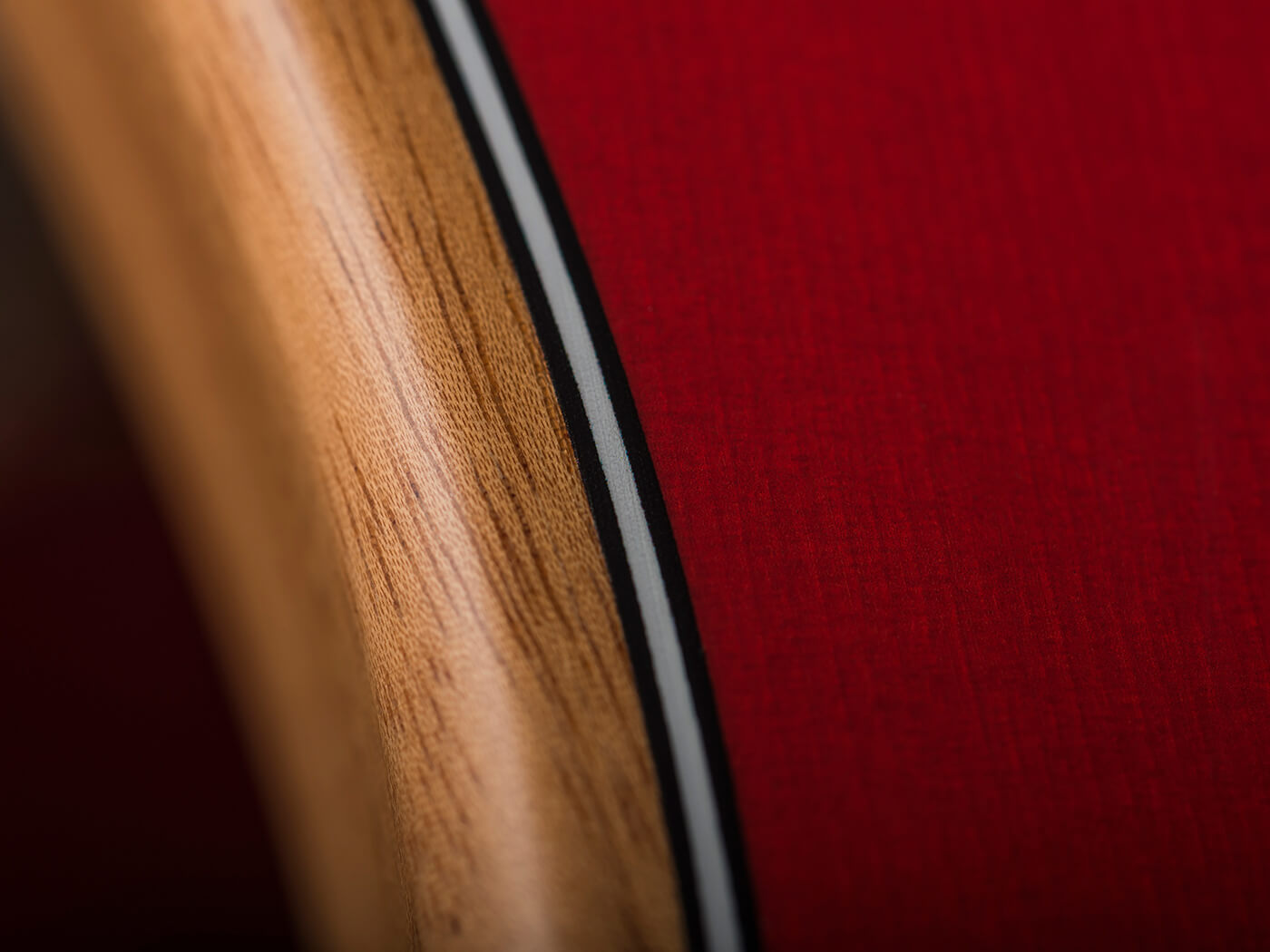 The acoustic sounds on offer are unavoidably ‘plugged-in’, with a hint of piezo sizzle throughout the trebles. They’re no less convincing than your average undersaddle-equipped acoustic, though, and indeed better than many we’ve heard. The quality and variety of the voices is impressive, with some evocative sounds – especially when the body sensor is brought into play.

The bridge position blends between a fat single-coil sound and an overdriven tone. Yes, you read that right. Given Fender’s pedigree, it’s no surprise that the electric sounds are excellent, supplying all the finesse and grit you’d expect from a Stratocaster. The overdriven bridge pickup sound is particularly impressive, but many Strat fans will miss those neck and middle pickups.

Over the past couple of decades, the guitar market has become haunted with the ghosts of well-meaning attempts to merge the acoustic and electric worlds. Few have had as much potential to endure as this. The American Acoustasonic Stratocaster is not intended as a replacement for your D-45, Olson SJ or indeed your electric Stratocaster. Instead, it encourages you to think differently about the music and sounds you make. 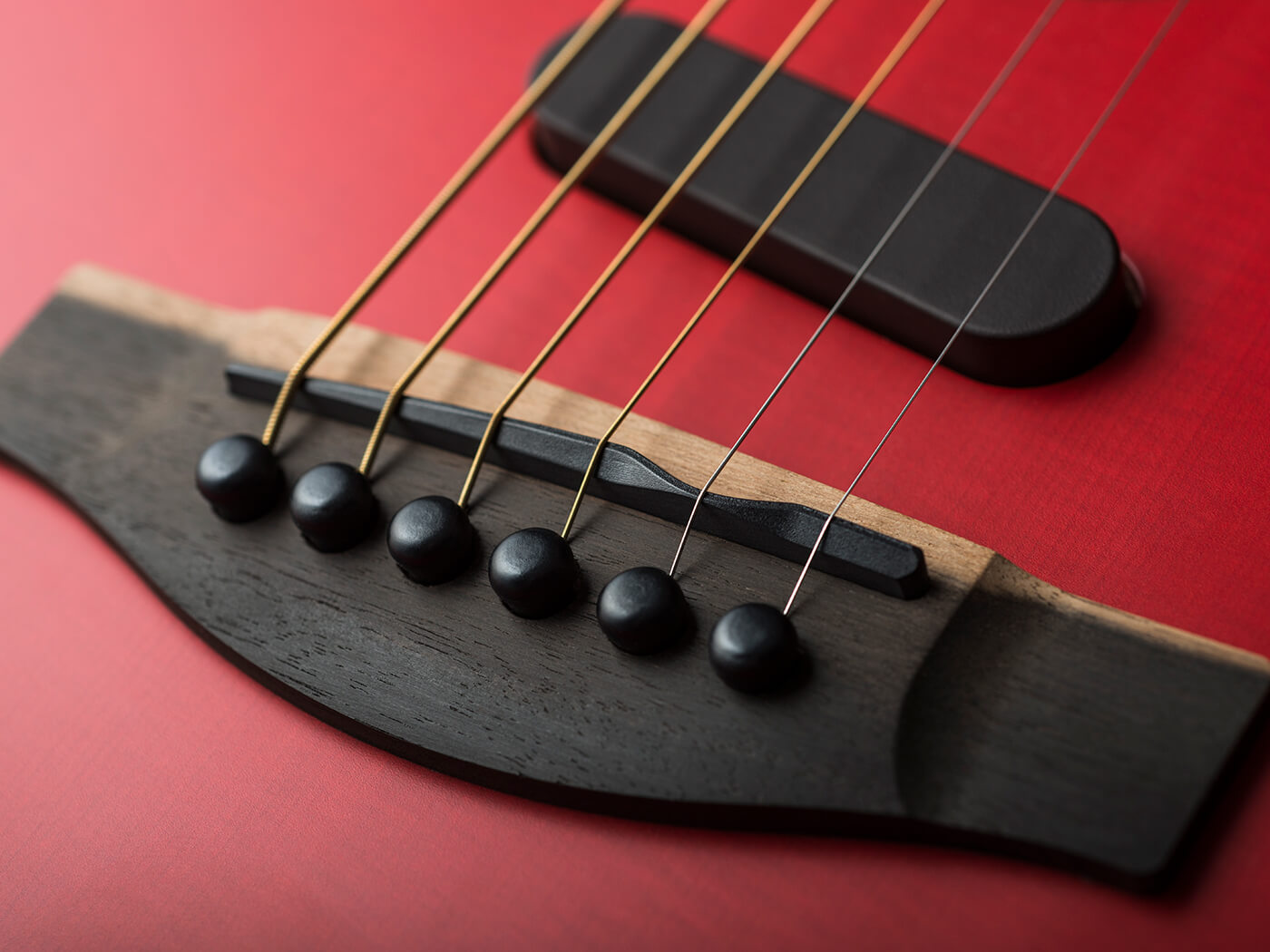 The Acoustasonic’s crossover appeal has already seen it taken up by some big-name artists. We catch up with Molly Tuttle for an exclusive chat.

Fender’s 2020 artist roster is a dizzying array of spectacular talent from both the acoustic and electric scenes. Nashville singer-songwriter Molly Tuttle has been using her extraordinary command of clawhammer and cross-picking techniques to explore new textures with the Fender American Acoustasonic Stratocaster.

“I have had a fun time playing my Acoustasonic Strat,” she says. “I can plug it straight into my amp and easily switch between clean acoustic and electric tones. I’m looking forward to taking it on the road once I can go back on tour. 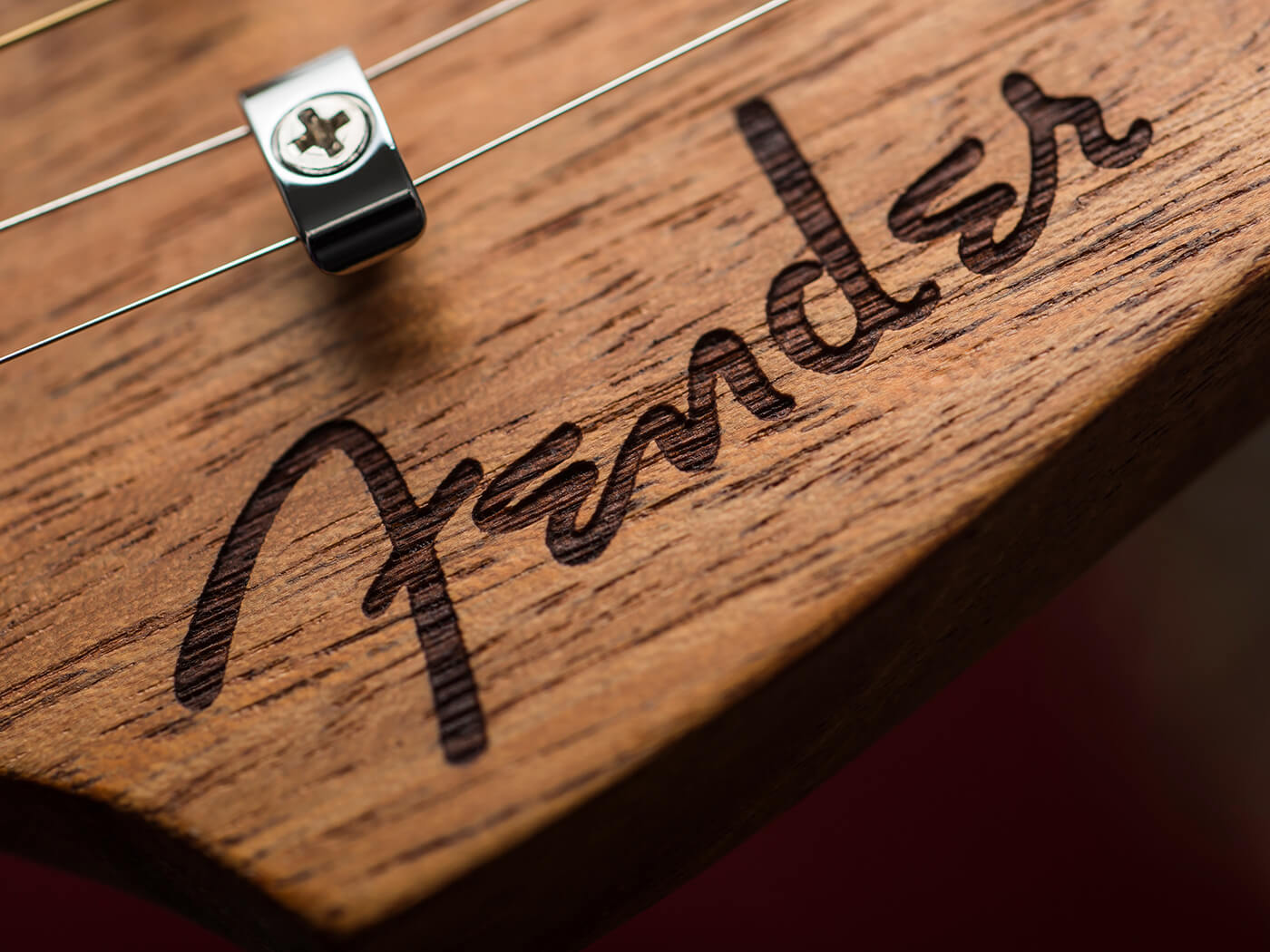 “For me this guitar is perfect for when I want to add another dimension to my set by changing my tone and dynamics, or when I’m sitting in with electric bands and want to be heard loud and clear with no fuss. It sounds fantastic. It’s especially great for live settings. Let’s say you’re taking a solo and midway through you want to build the dynamics by switching from an acoustic to an electric tone – what other guitar can do that?”

Find out more at mollytuttlemusic.com.