This new indie amp-builder is aiming for high-end sounds without using output valves. But can a hybrid really do the business for serious tonehounds? 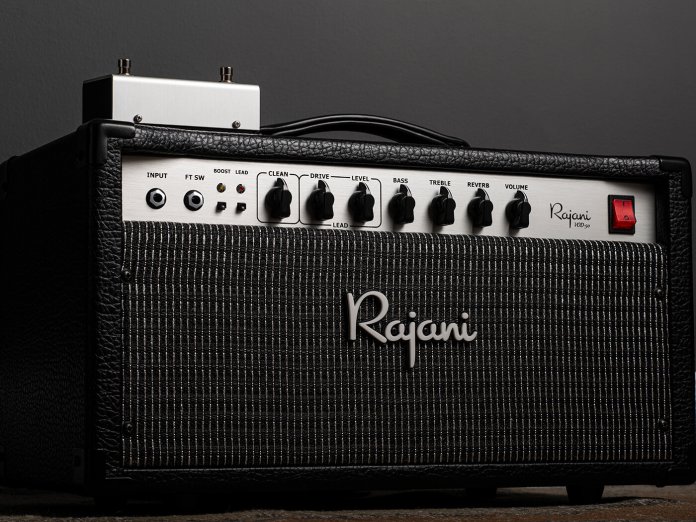 Hybrids are everywhere these days. Half-petrol, half-electric cars run the roads. Smartwatches with analogue-style aesthetics bridge the gap between old and new. And there’s even plant-made meat between our burger buns. It stands to reason, then, that hybrid guitar amplifiers might work too. True, the combination of a valve preamp and solid-state output stage makes a lot of sense but it’s an idea that seems to have been squeezed out by the ever-improving quality of digital modelling amps.

In this context, the Rajani VOD-50 is something of an oddity. Built one at a time in the company’s London workshop, this channel-switching amp – also available as a 1×12 combo – has a four-figure price-tag and a distinct whiff of ‘boutique’ about it. Yet it’s a hybrid, with two valves in the front half of the circuit, but no big bottles at the business end. It may raise the eyebrows of purists, but can it compete with the all-tube alternatives in terms of tone? 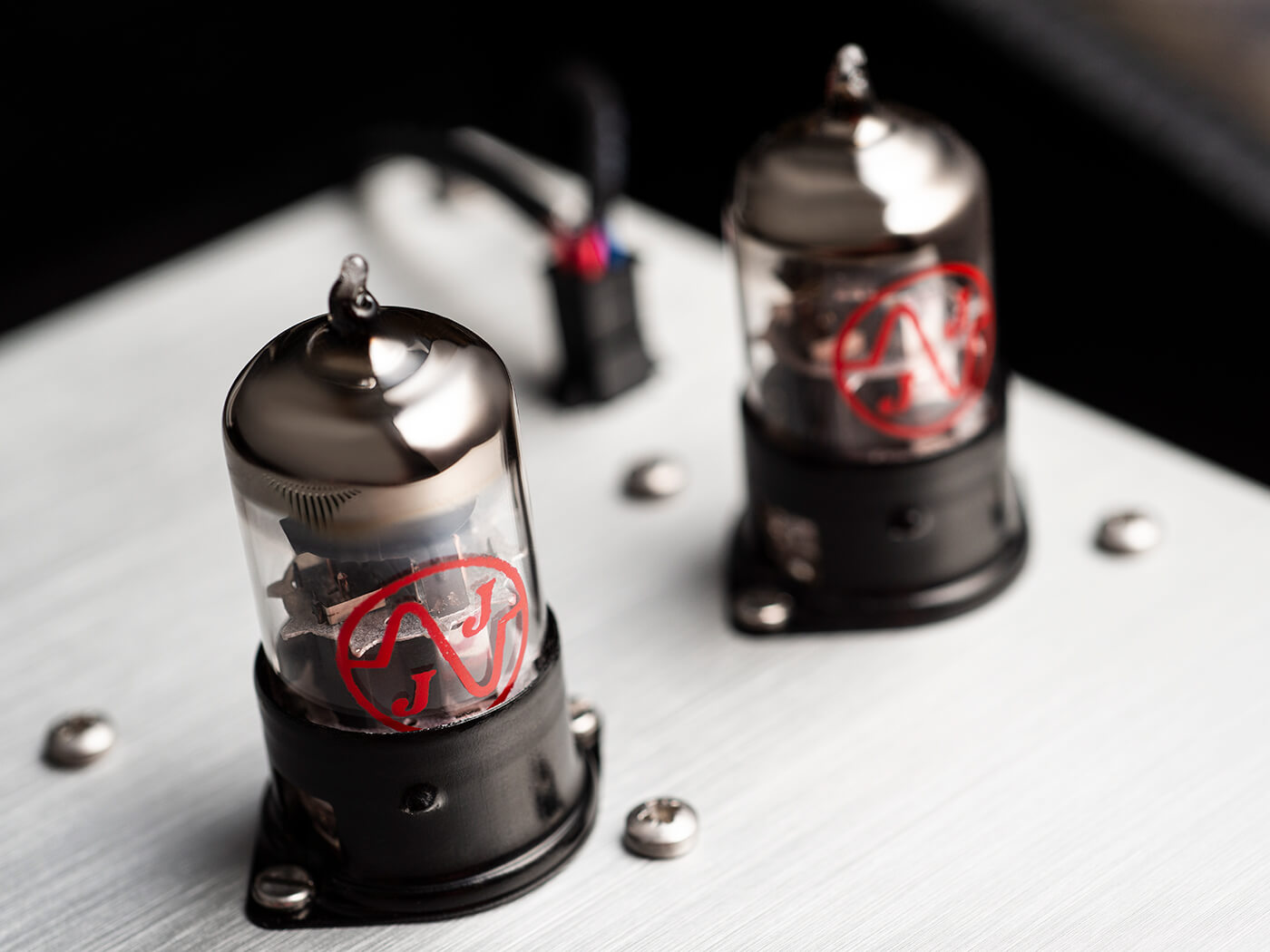 As a guitarist with a background in audio electronics, Ravi Rajani got into amp-building because, as is often the case, nothing out there was able to give him the sound he heard in his head. A key part of that sound is the combination of brilliant clean tones with pure valve overdrive, thus the VOD-50’s two-channel design. Ravi also wanted something loud enough to gig with, yet easily portable and superb at low volume, which is presumably what led to that solid-state power stage.

Real spring reverb was a must too, so there’s a full-length three-spring tank making itself comfy in the VOD-50’s bottom bunk, while a switchable 6dB gain boost is available on both channels. There’s neat dual footswitch included for channel-hopping and engaging the boost too, so you’re not tied to the push-buttons on the front panel. 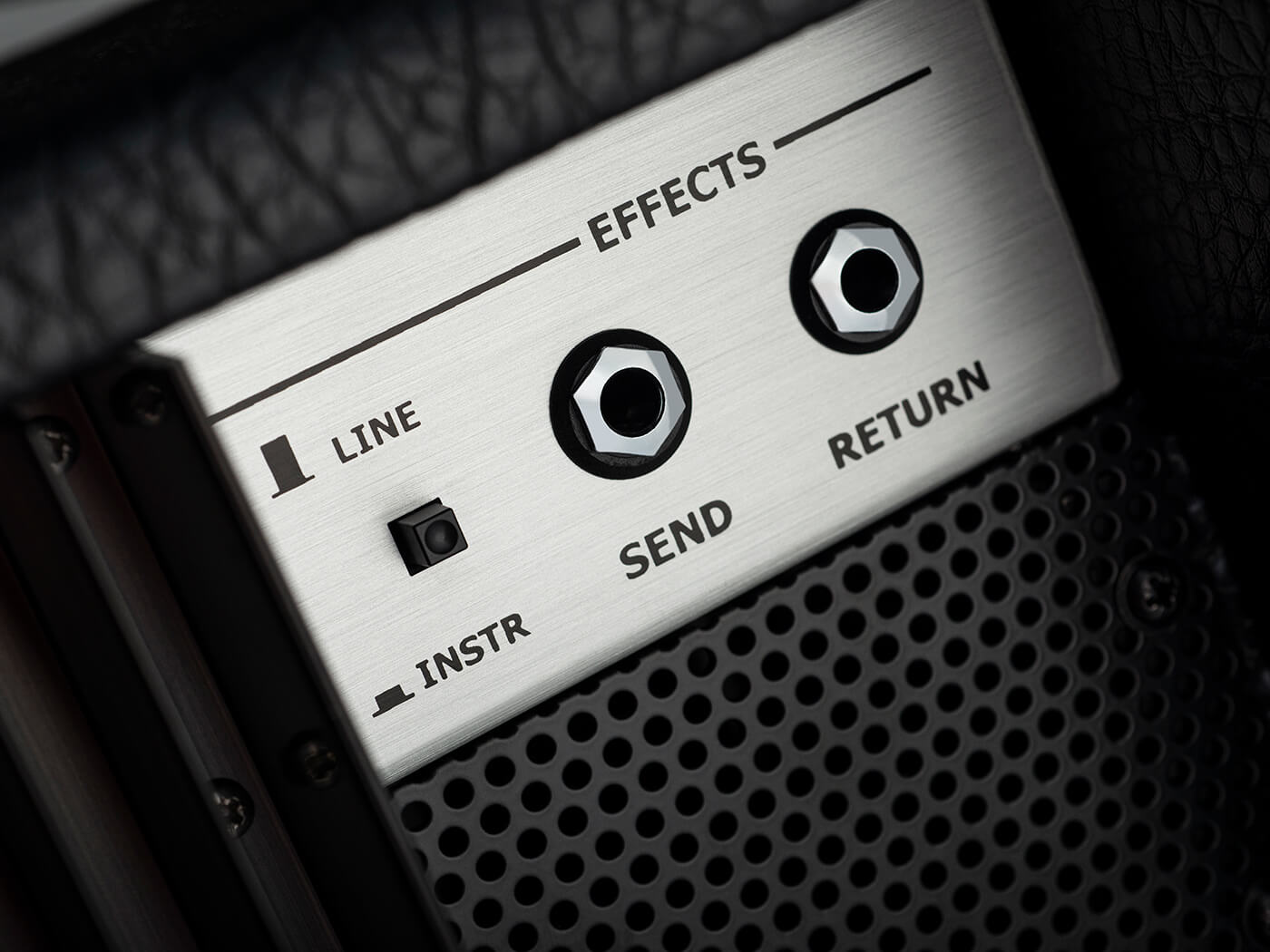 The other noteworthy feature on the front panel is the Baxandall-type active tonestack. There’s no midrange control but treble and bass have been voiced so that you can turn both down low to effectively boost the mids or up high for more scooped sounds.

The back panel is dominated by a heatsink almost big enough to park a hybrid bike in, accompanied by an effects loop and a single 8-ohm speaker output. Beneath it hangs a protective metal cage but, as there are no power valves and the preamp tubes are both safely sleeved, all it’s really protecting is the output transformer. But it helps with the tidy look anyway – although our review amp arrived with its cage slightly loose at one end, which we hope won’t cause any rattling.

This aside, the VOD-50 feels like a well-made bit of kit, though it’s not on the same plane as the very best and most expensive amps in terms of craftsmanship and aesthetics. If its essential frumpiness bothers you though, you’ll be pleased to know that you can take the edge off by specifying your choice of vinyl and grille cloth. Mind you, humdrum stylings never seemed to trouble Alexander Dumble too much. 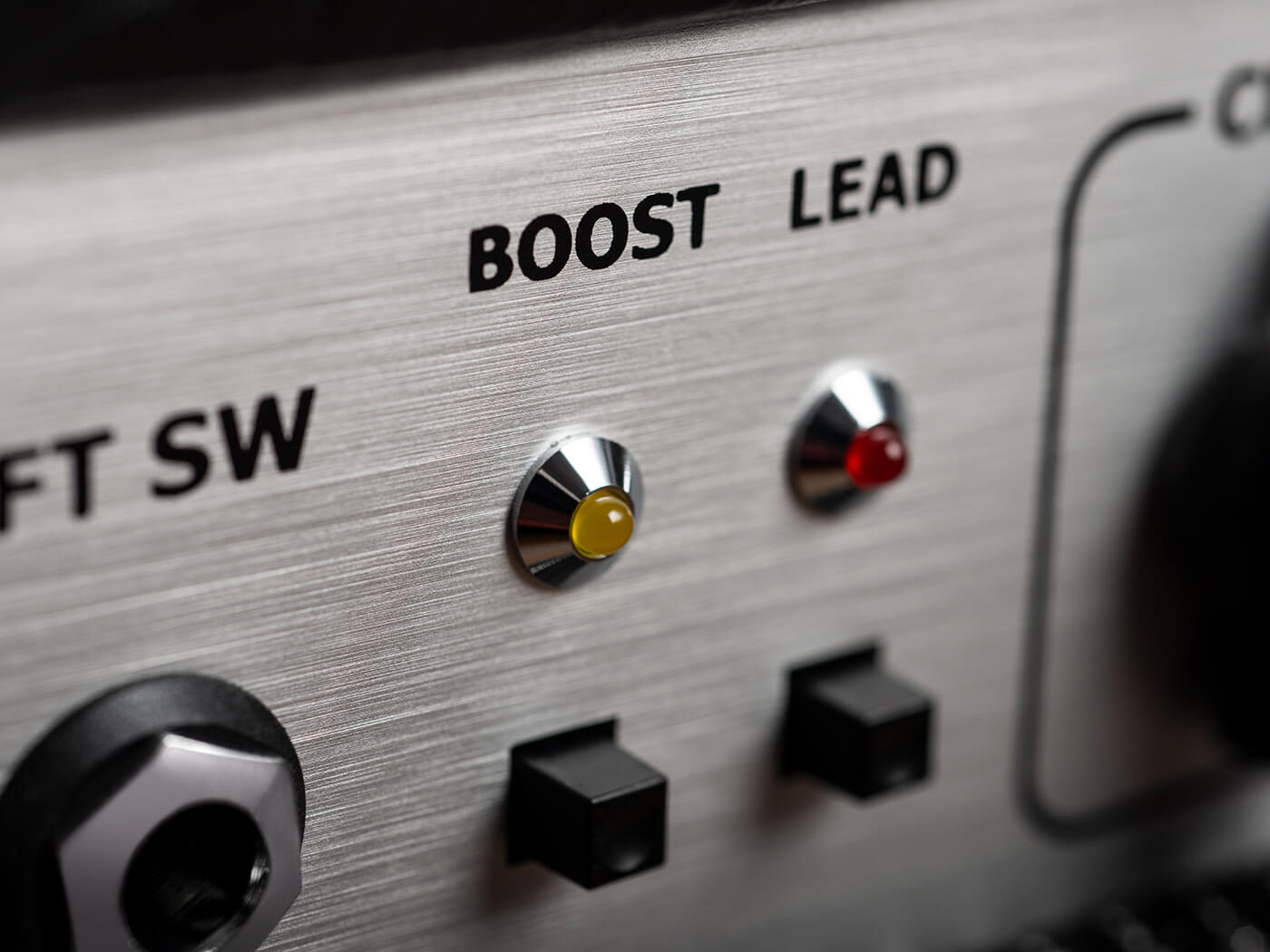 Our first flick of the power switch is greeted with an electrical buzz that might be audible enough to cause minor distractions when playing at bedroom levels. But it doesn’t get any louder when we turn up the master volume, so we’ll take that as an added incentive to give our eardrums a good battering.

Testing begins, then, with the volume cranked for the full 50 watts and everything else set to halfway. We’ve heard enough modern hybrid and solid-state amps to know not to expect the kind of dry and lifeless response that used to characterise almost anything powered by transistors, but it’s still a relief to hear those first clean chords ring out with genuine depth and sparkle.

In terms of voicing, we’re broadly in Tweed-style territory, with a solidity to the lower mids that nicely balances the crispness of the treble. Humbuckers push those preamp valves into pleasing breakup even with the clean channel’s level set to just shy of 12 o’clock, and it’s loud enough that we’re happy to ease back on the master volume before the neighbours start throwing stuff. There are no worries about headroom for pedals here. 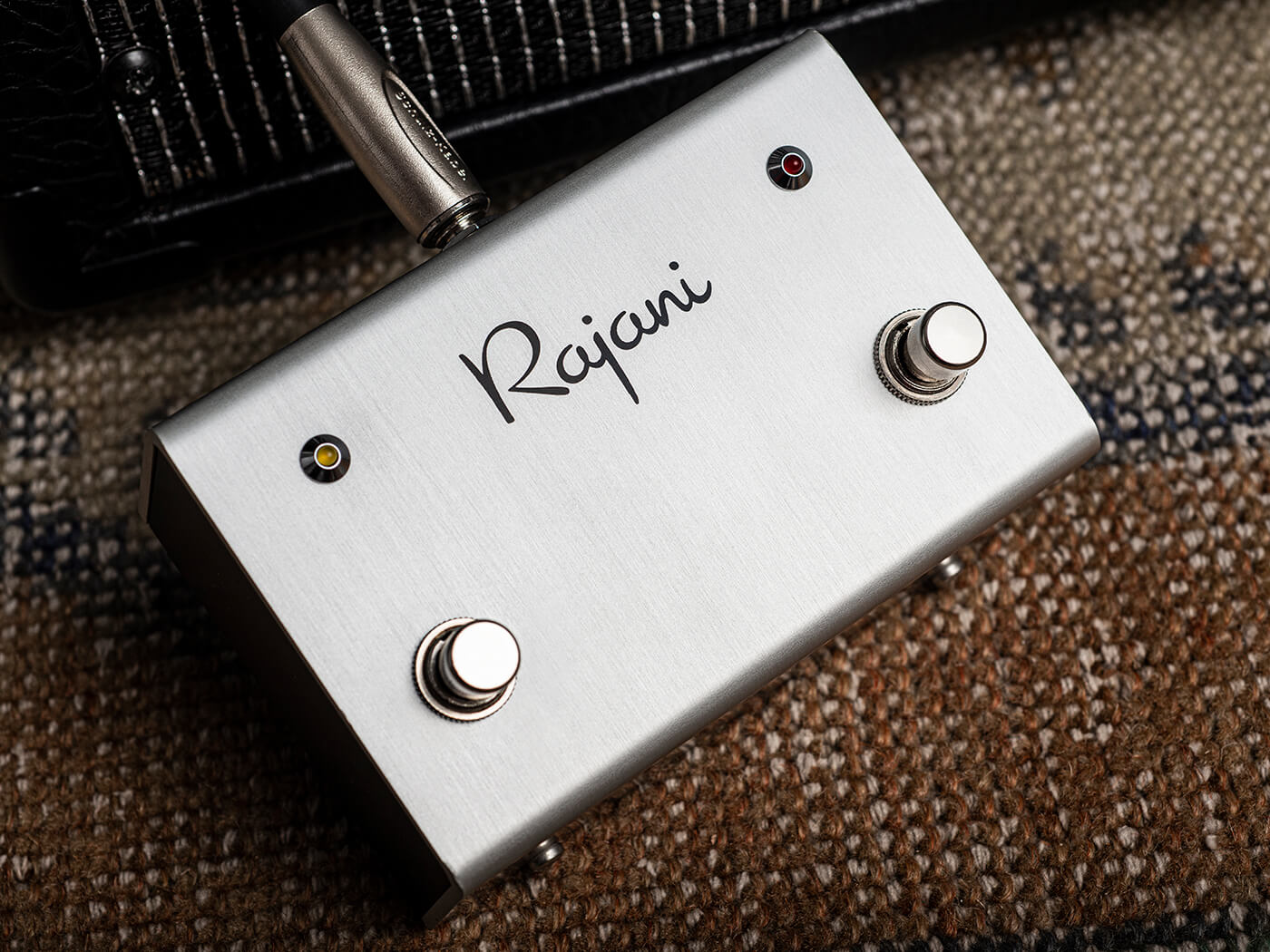 That two-knob EQ circuit offers useful adjustments to the top and bottom all the way round the dials, with plenty of mids-sculpting available if you manipulate the controls in tandem. To really shake things up, though, we need to flip over to the lead channel.

The distortion here is fine-grained and the treble response tastefully softened, narrowing down the focus to the roaring midrange and taking us in the direction of 1980s and 1990s Marshalls, with a decent amount of gain available while remaining tight and responsive. We’re told the power amp has an integrated compressor to tame the biggest transients and prevent unmusical clipping but it doesn’t do anything that we can hear – which is, of course, as it should be. Oh, and the cage doesn’t rattle, even at full blast.

If you want more bite, it’s a simple matter of stomping on the boost switch. This doesn’t exactly empty a can of petrol onto rock’s moderate flames, but it does make a difference. This cheeky boost can also come in handy on the clean channel, where it can help you cross the line into crunch or just replace some of the edge that’s inevitably lost when you turn the master volume down low. 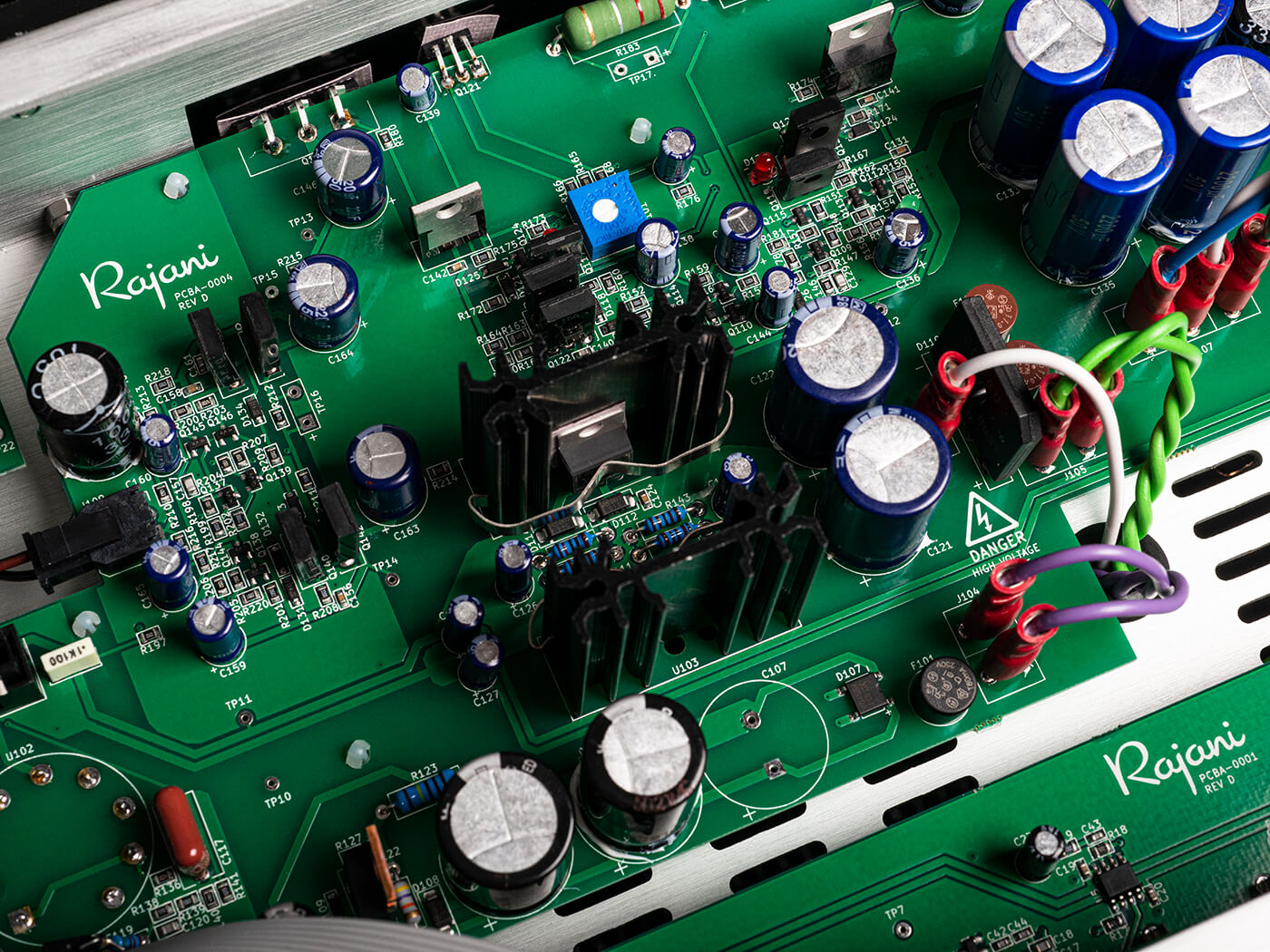 The reverb is big, warm and almost entirely free of springy judder. Unfortunately, in the case of our review amp at least, it’s also rather persistent, hanging around as a low-level background fog even when turned to zero – and until we can’t stand it any more and unplug the tank. For paying customers who encounter the same problem, a more satisfying solution might be to make use of Rajani’s extremely reassuring 30-year warranty and get it fixed.

Minor flaws aside, this is a promising debut for a new British builder. Tone-wise the VOD-50 is a solid all-rounder, and it does more than enough to prove there’s still life in the hybrid theory. 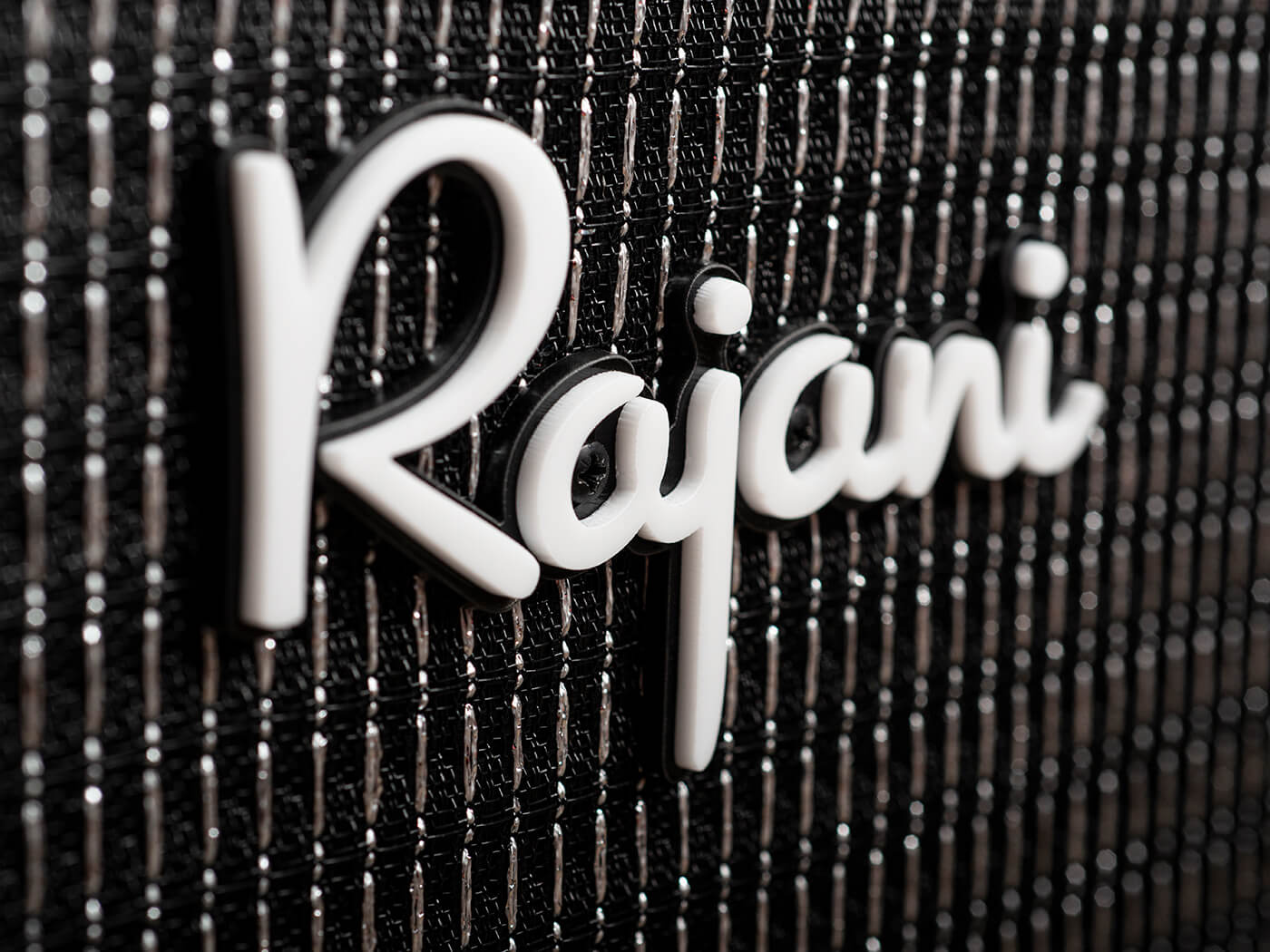