The hand-made Rift PT20 and Plexi 18 are new twists on classic designs. We try an 18-watt dirt box and a thriller in vanilla… 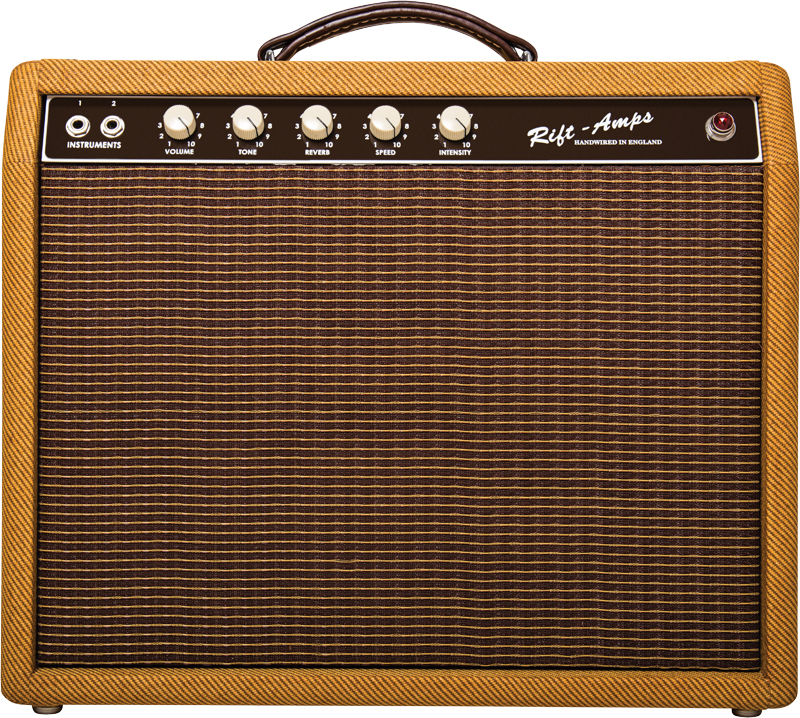 Chris Fantana started out as a session guitarist, and having learned how to service and modify his own amps, he turned his hand to building them for fun. Fast-forward several years and Chris’s hobby has blossomed into a full-time business.

With 15 base models to choose from, customers can customise their amps by selecting various options and upgrades from drop-down menus on Rift’s website. Rift amps are built by hand with components that tick all the boutique boxes, but the pricing remains extremely competitive and they come with a lifetime guarantee for the original owner. Covering a 60s-style cabinet in tweed is a clear signal of intent. The PT20 is a re-imagining of the Princeton Reverb template, with cathode biased 6L6 power valves for 20 watts of power and a 12-inch speaker. Onboard reverb and tremolo combine with an amplifier design derived from wide-panel tweeds.

We often use the term `clean headroom’ in amp reviews, and we can deal with that succinctly here: the PT20 doesn’t really have any. In classic tweed-style, the tone knob doubles as a level and gain control, so with a fairly standard treble response the volume control hits the overdrive point almost immediately – even with single coils. 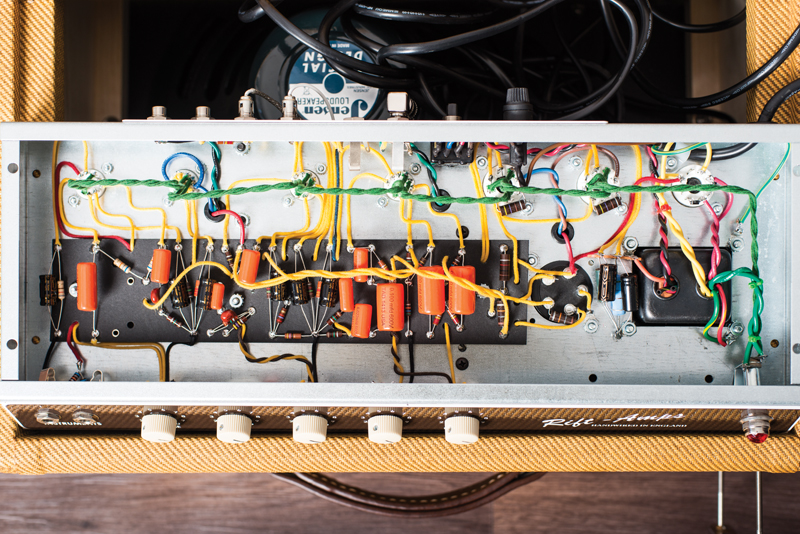 A Jensen P12Q is standard, but a Celestion Gold is available as an upgrade, and I gave one a try. The Gold’s higher efficiency, coupled with its extended treble response gave the PT20 a tad more clean headroom, but if you want cleaner tones turning down your guitar is the only way.

Even so, this amp is mostly about saturated overdrive tones that veer from mellow to full-on hooligan mode. Swapping back to the Jensen, you get a more papery rasp, which adds fuzzy grit to an already heavy overdrive. Think Neil Young in the early 90s and you’ll be in the ballpark.

With the Celestion, the PT20 is louder, clearer and marginally less fierce. The Gold also opens out the treble to reveal the delicious shimmer inherent in these tweed-style circuits. The dynamic response is nicely pliable but never too soft, and the bass end holds together well – even with humbuckers. 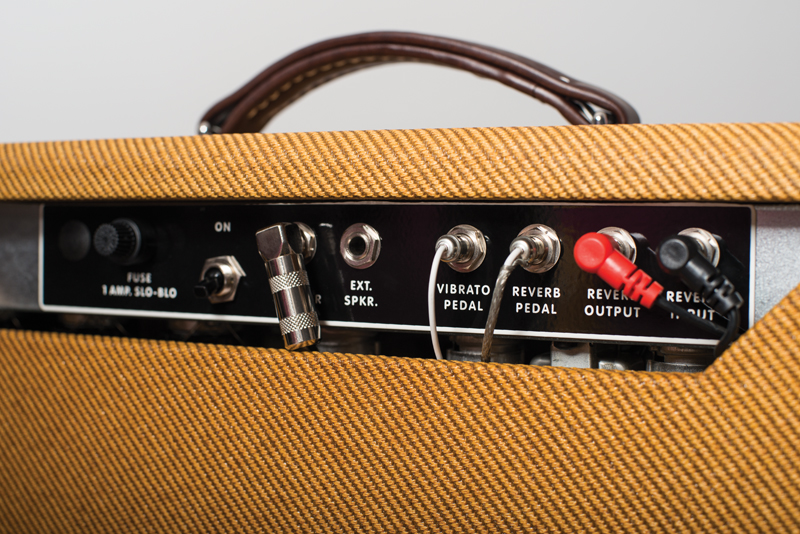 Maybe it’s my sound engineering background, but I’m fussy about reverb and I prefer it when the reverb effect and guitar sounds blend but remain distinct. Rift’s reverb is one of the good ones because it steers clear of the upper harmonics.

You can add bucket-loads to create huge three-dimensional ambience, but the guitar sound somehow remains clear. As for the tremolo – it’s deep, throbby and playable with a Leslie-like `ramp up’ when you hit the footswitch. 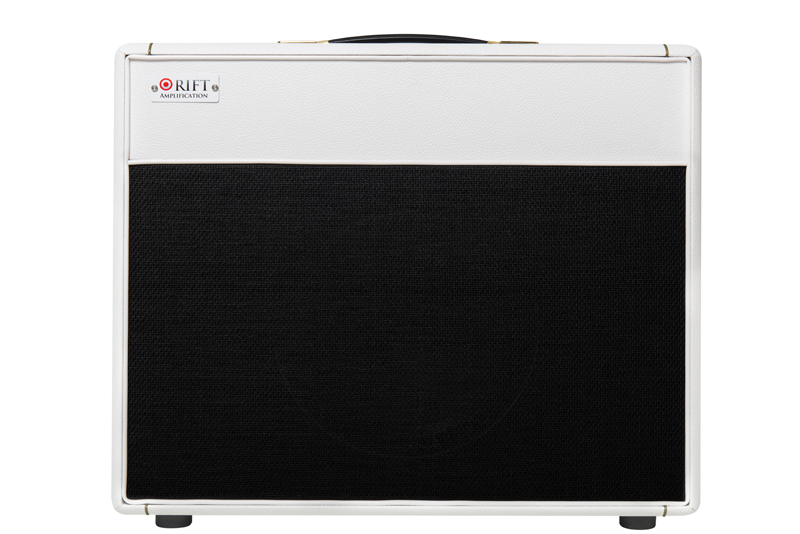 From the front, the Plexi 18 looks like a regular 18-watt clone, but the control panel reveals it’s more like a low-power JTM45. This type of amp is known as a TMB ± for the treble, middle and bass controls. The Plexi 18 goes one better, with a second independent channel. Fantana has also made some small but significant tweaks to the bias components.

Although much of the signal path is shared, the sounds are distinctive enough for the Plexi 18 to qualify as a bona fide two-channel amp. If you’re in the market for an 18-watt TMB, your overriding priority is likely to be Marshall JTM45-style overdrive at socially acceptable volume levels. Starting on the TMB channel, that’s exactly what the Plexi 18 delivers. 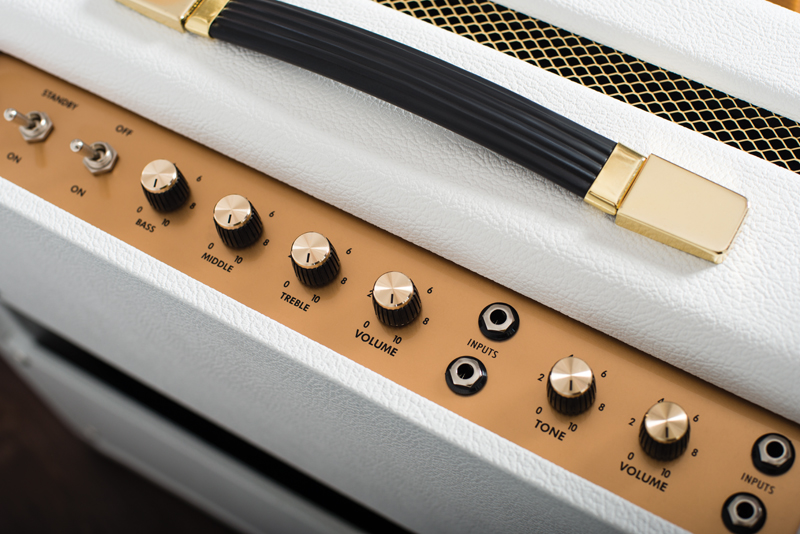 With a Les Paul and a 10ft cable, this amp shifts into top gear before the volume control reaches halfway. Go higher and you’ll pass through two or three sweet spots – especially around 8, where the speaker starts to get involved, adding a hint of fizz and articulate bite.

Bearing in mind that our review amp is loaded with an all-original vintage G12M Greenback, the tone is sweet in the treble, smooth in the mids and fast but full in the lows.

The EL84s, Celestion speaker and transformers create a smooth treble, growly lows and a compressed midrange bark. The Plexi 18 doesn’t do ethereal tweedy treble, but I didn’t hear any of the high-gain fuzziness that can be an irritant with some Marshall-style circuits.

The tone controls may simply provide variations on a theme, but it’s a wide variety and you should explore the full range. With all three at noon, you get a very balanced tone with full lows and jangly treble. Dropping the bass and cranking the treble and middle gives you an aggressive, pushed mid tone with very clearly defined pick attack and string separation. 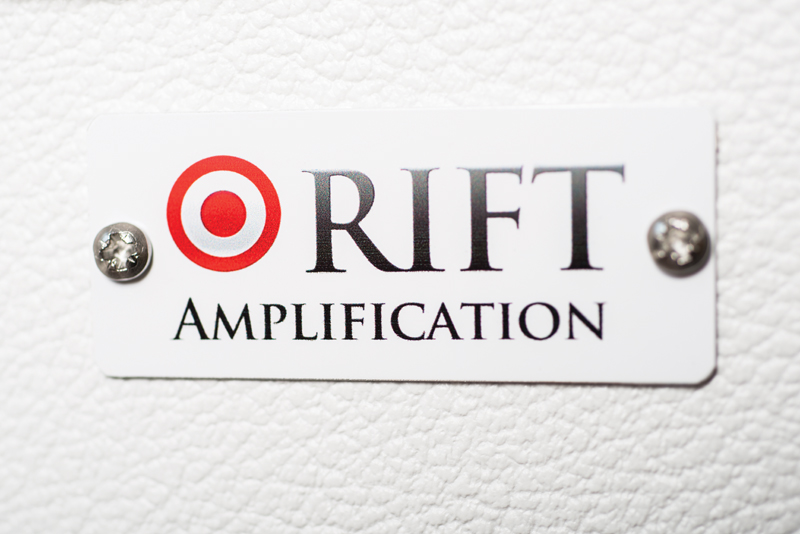 Floor the treble and middle then boost the bass and you get an old-school boxy honk – feed in just a hint of treble for enhanced definition and you could be busking on Beale Street.

At equivalent settings, the `tone’ channel has less gain, more midrange focus and a darker woodiness. You can hear the treble jangle, even with the tone set halfway, and you can sense that the signal path is more `straight through’ because the dynamics of the amp and guitar seem more connected.

Both the volume and tone controls affect the level, as well as the frequency response. Turning each one up individually increases volume and treble, but with differing effects on the gain and midrange. Suffice to say, this channel is no mere add-on, and I like it just as much as I do the TMB channel.

The influences behind these amps are unambiguous. However, Rift has forged ahead and added extra  features that were never associated with vintage low-power plexi and tweed amps. The 18-watt Marshall has become hugely popular, but for many fans the ultimate version is the one with the JTM45-style control layout.

Therefore, it’s somewhat perplexing that Marshall has never produced an 18-watt TMB. Similarly, there are players out there who adore 50s Fender tones and 60s-style reverb and tremolo in equal measure but, again, the progenitor appears oblivious.

So, in essence, the Plexi 18 succeeds in delivering everything wonderful about 60s Marshall tones and more besides at sensible volume levels. As for the PT20, you get the onboard effects associated with mid-powered Fender amps, coupled with the more visceral thrill that comes from Fender tweeds.

These amps may look like expertly constructed kits, but Chris Fantana’s clever innovations are to be found inside rather than out. As handwired valve amps go, they’re fantastic value for money and they can cut it with the best sonically, too. 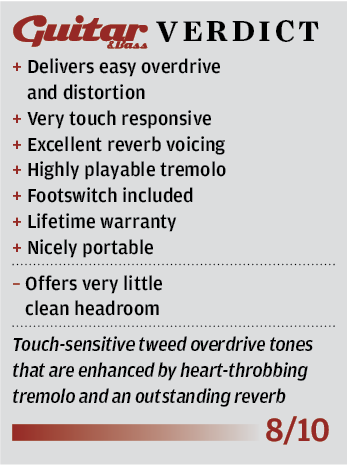 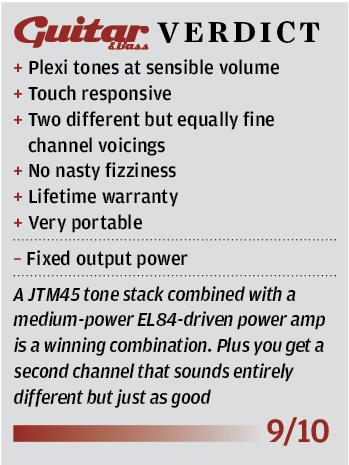