The second model from the Dennis Fano-designed Rivolta brand cranks up the 60s quirkiness, but we find a modern player hiding beneath the kitschy pearloid… 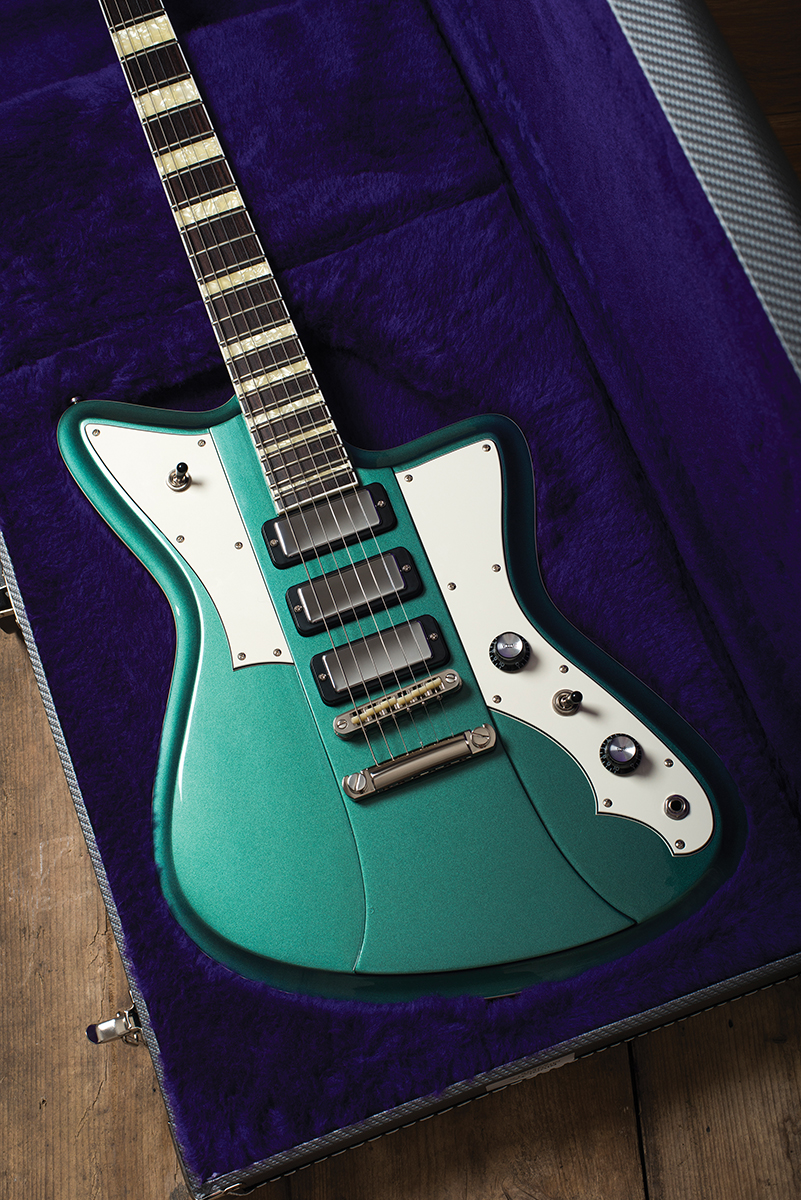 Sherwood? Inverness? Mystic Ocean Minty Pine Metallic? It’s hard to pin down the exact shade of green we’re looking at with this retro-tastic new model from Dennis Fano’s Rivolta brand – but the website says… Laguna Blue. You’re the boss, Dennis. To be fair, it’s almost like a very mild kind of relic’ing, as it isn’t too far from the emerald hue that Pelham Blue takes on after a few decades in the sun.

For the benefit of anyone who missed our review of the impressive Combinata model back in February 2017, Rivolta is a sub-brand set up by US boutique legend Dennis (formerly of Fano Guitars, now of Novo) to bring his designs to a wider audience through outsourcing the expensive bit – actually making the guitars – to the Eastwood factory in Korea. Yes, that price still has four digits in it, but it’s way less than the £3,000-ish tag you’d pay for one of Fano’s amazing US-built instruments.

While we’re far from revolted by this Rivolta, it is also available in two less lurid shades for the more conservative plucker: a Firebird-style sunburst and a tasteful ivory white. But metallic green/blue/whatever is a good match for the styling of the guitar, which has a distinctly 60s, European vibe – not least in how much of the rosewood fretboard is given over to pearloid inlays. The chambered mahogany body is bound front and back, its front edges are accentuated by the same stylish German carve as is found on the Combinata, and there’s a raised centre section that looks like another discreet Firebird reference (although it’s a standard set neck rather than a through-body design). 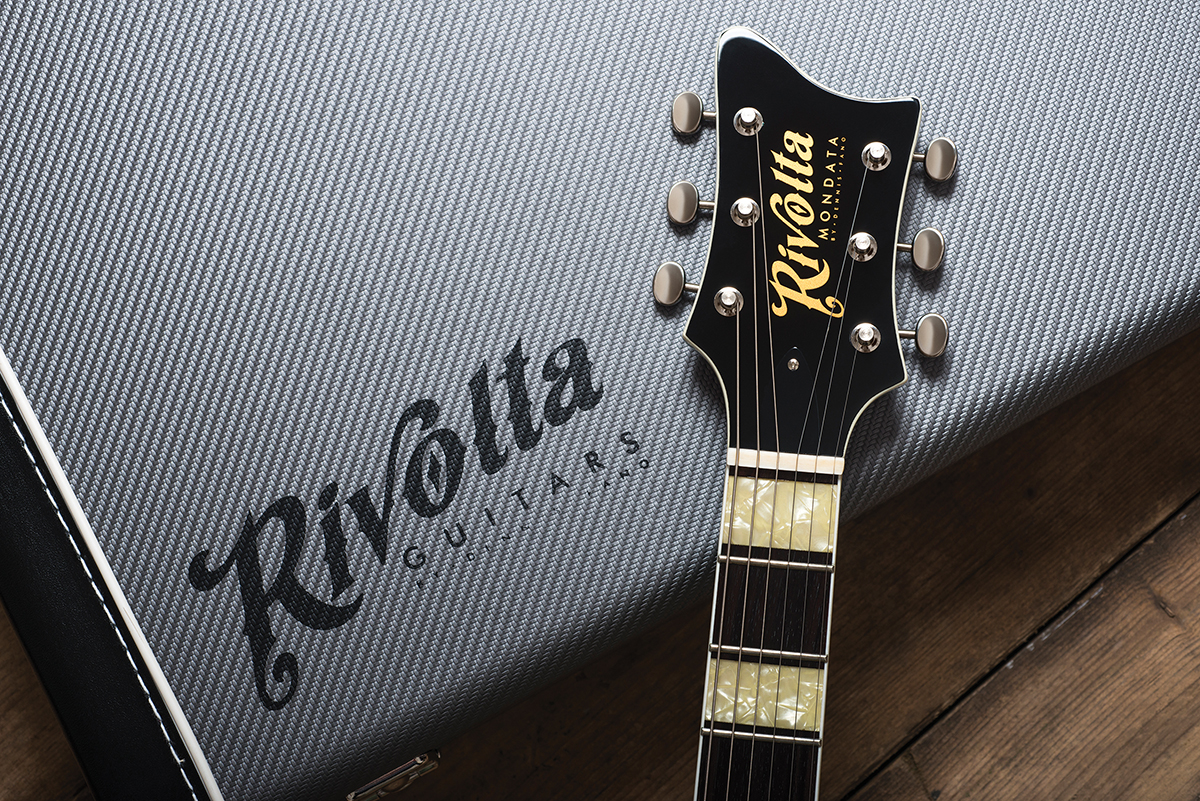 From Hagstrom to Eko, 60s electrics from this side of the pond often had complex switching arrangements, and the three-pickup Mondata stays true to that tradition… but manages to keep things intuitive at the same time. As well as a standard three-way switch located on the upper bout, Les Paul style, there’s another between the master volume and tone controls. This one’s for choosing what to do with the middle pickup: leave it out entirely, blend it with whatever setting you’ve selected on the main switch, or hear it on its own. The pickups themselves are Firebird types, described by Rivolta as “humbuckers that sound like fat single-coils”.

The medium C-profile neck is maple, with a 25-inch scale and no less than 24 frets. Its asymmetrical headstock reminds us of another Euro revivalist name – Trevor Wilkinson’s Italia brand – and the Deluxe-style tuners attached to it are in fact Wilkinson-made. Build quality all round looks good, even if nose-to-the-paint scrutiny reveals a couple of finishing imperfections in the area where neck meets body.

If you’ve ever found Firebird pickups a little too bright and skinny, the Mondata is here to gather up your preconceptions for recycling. Everything this guitar does has a full-frequency hi-fi quality that belies its pawn shop looks. All three pickups are on the powerful side, and while the bridge unit is the most ‘retro’ in terms of top-end bite and Gretschy twang, it retains plenty of body and never gets nasal. 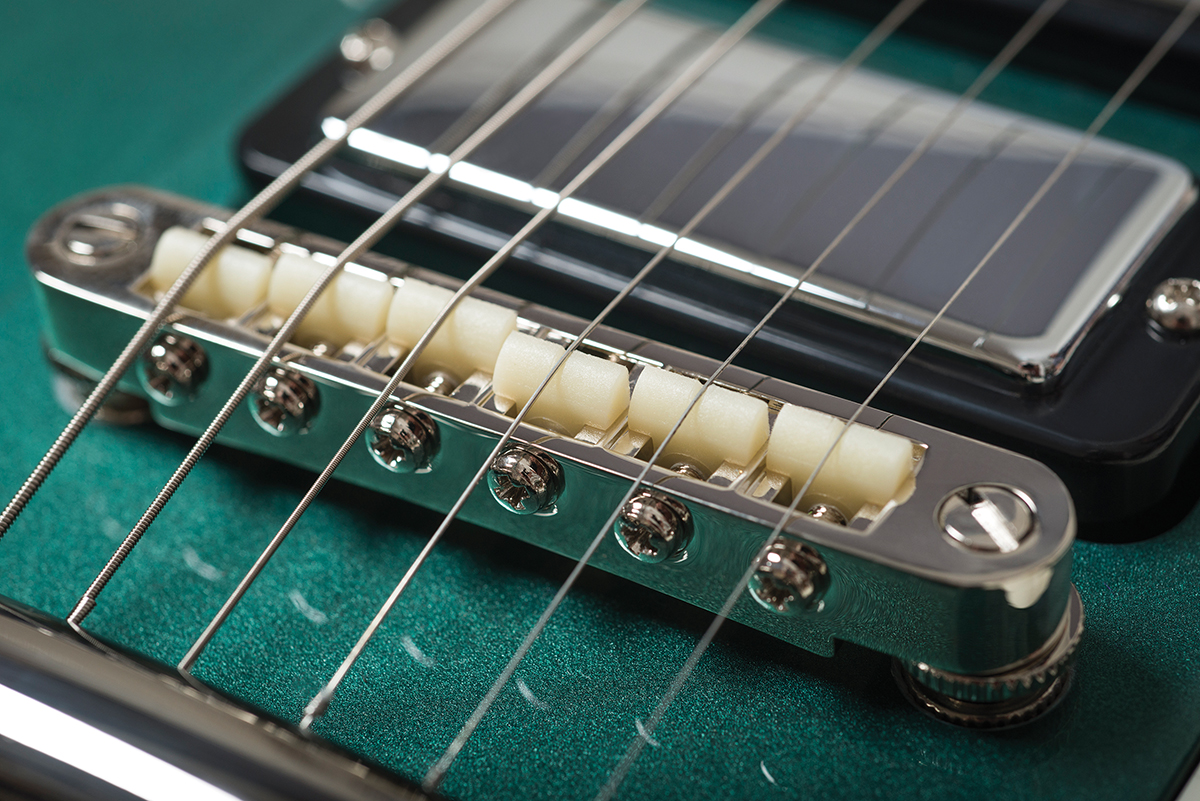 Switching to bridge and neck (with the middle pickup staying on the subs’ bench for now), the cluckiness that comes through has a whiff of Rickenbacker 360 about it, aided perhaps by the sweetening effect of the chambered build. So by the time we get to the neck unit on its own, the jazzy smoothness it produces comes as less of a surprise. The only letdown is the tone control: it does very little until it’s all the way down to about three, then falls off a cliff into murky bemufflement.

Flicking the second switch to the centre gives us three new sounds – and while two of them are familiar enough, adding phase-cancelling quack of precisely the same kind you get from positions two and four on a Strat, it’s the third that’s arguably more interesting. This is all three pickups on together, and while some of that quackiness is retained, it’s much less pronounced; the result is an altogether gentler voice that still has enough harmonic complexity to make it potentially very useful.

Option three on the second switch, then, is the middle pickup on its own. This setting overrides the main pickup selector, which feels a bit odd at first, but you’ll get over that if the sound is good enough. Luckily, it is: in overall timbre it’s not so far away from the other two pups combined, but with less phasey chime and more midrange bite. 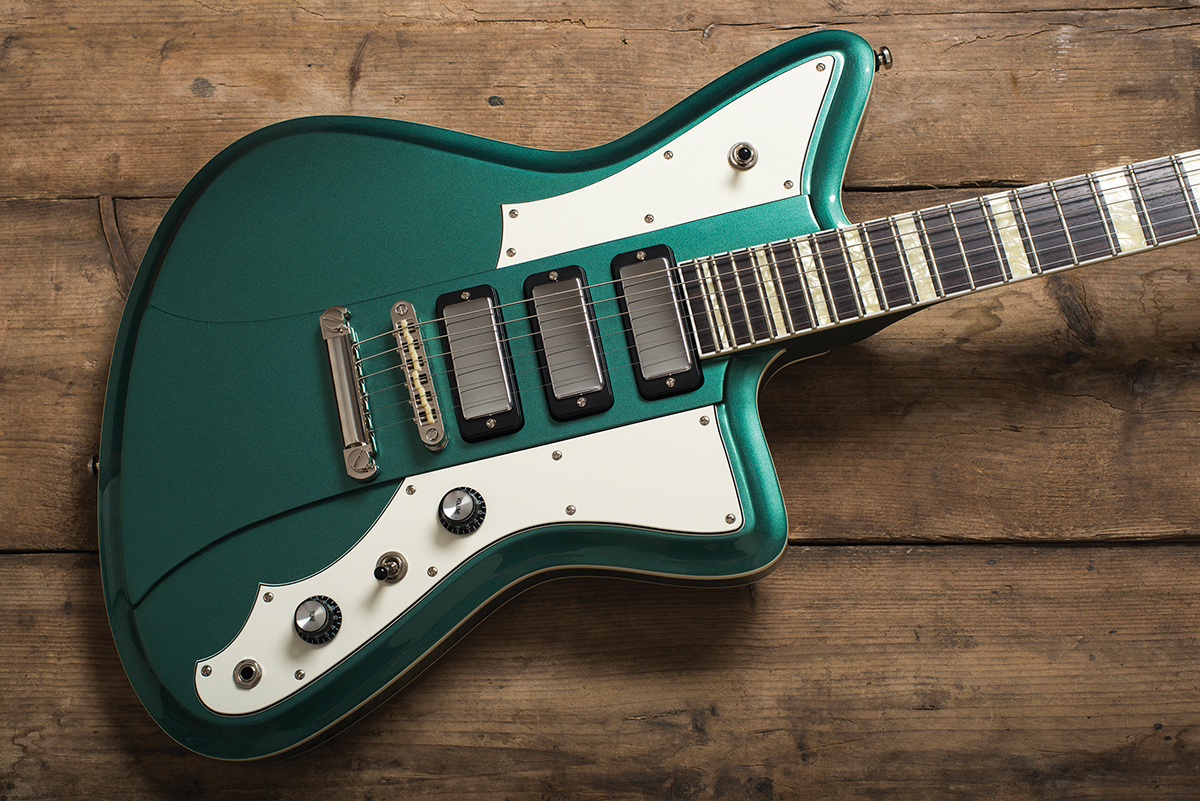 Crank up the gain and this pickup really comes into its own, with a tightness that makes it better suited to overdriven chords than any of the combination settings. Still, while it will serve up clear and cutting lead lines in any of its seven positions, the Mondata is perhaps not a rock guitar at heart. We’ll stop short of using the dreaded word ‘polite’, but there is a balance about all of its many voices that might leave you pining for the ragged aggression of an SG when it’s time to start pulling your solo face.

Ultimately, this is the anti-plank: a sophisticated guitar with loads of character that isn’t easy to pigeonhole. If your playing style is a match for that description, and you don’t demand the snappy immediacy of a throw-around solidbody, it could be the perfect instrument to chase your blues – or greens – away. 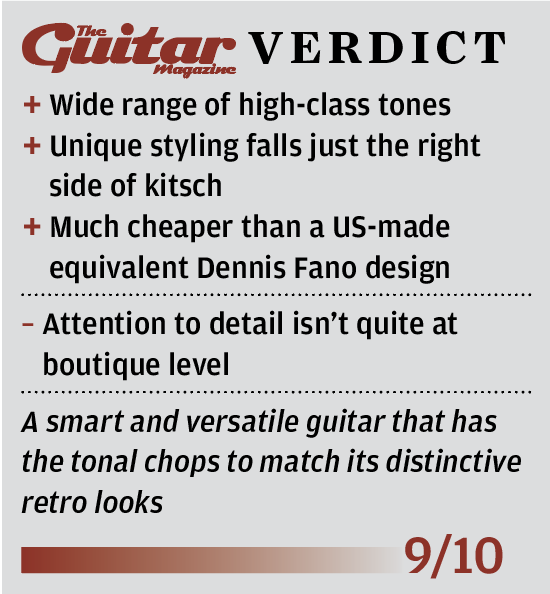