Here’s a pair of new basses from German company Sandberg; one pristine, one less so… 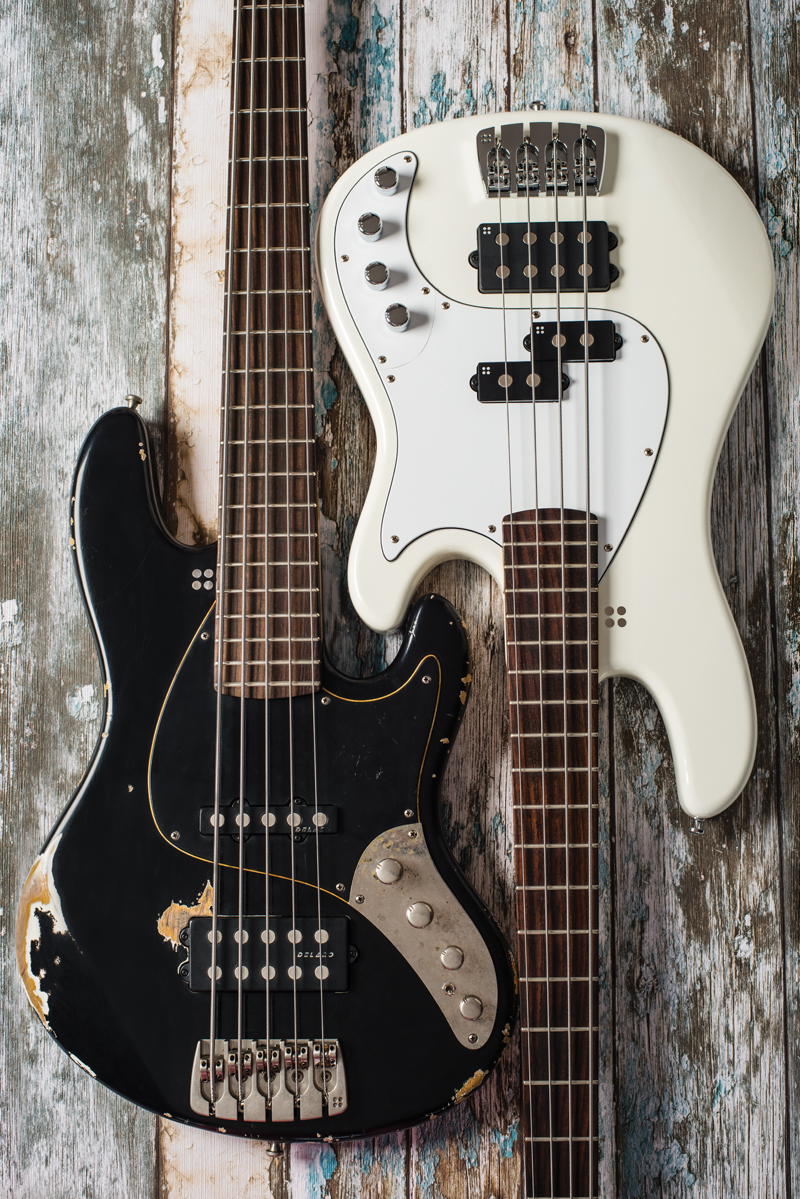 It’s been two decades since Fender launched its first Relics at NAMM, and the years since have seen numerous manufacturers follow in the big F’s wake and inflict intentional age and wear marks on their instruments. We’ve already had one taste of German company Sandberg’s version of this strand of faux ageing, via the MarloweDK bass, with its Hardcore Aged finish. This month, we have a remodelled California II TM5 that’s been treated to the newly-concocted Hardcore Aged Reserve (HAR) process. We also have a new VM4 which, where the TM errs on the J Bass side, is firmly P-influenced. Note that as these are hand-built instruments, you can tweak many of the specs, although many incur additional costs – for instance, the basic TM5 is only £1,299. 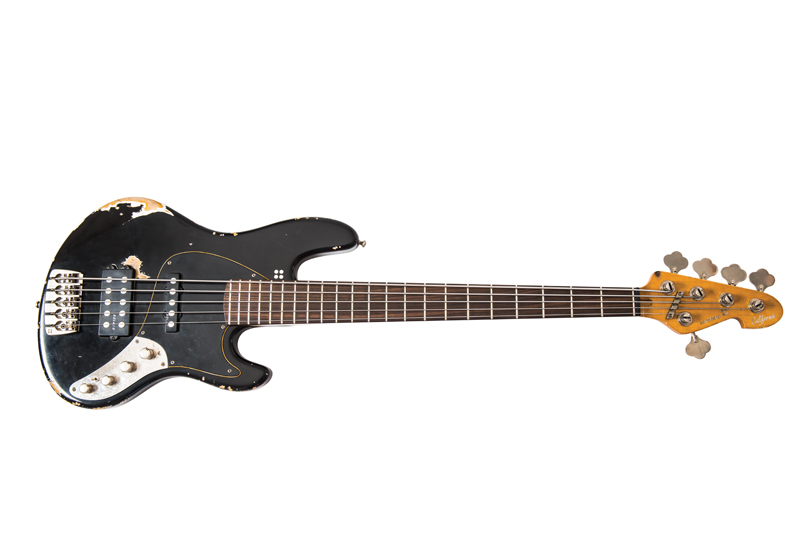 Sandberg’s MkII California series doesn’t ditch all its original Fender references, the bodies being subtly remodelled, creating intelligent and visually appealing variations on the classic templates with a strong identity. Here, the redesigned J-type shape is a few millimetres shorter and the bulbous lower-rear bout more moderately proportioned, allowing Sandberg to downsize the lower half, leaving Musicman StingRay overtones. The lower cutaway is deeper, and the horn shorter, but Sandberg has left well alone with the top half, and the vibe at the top horn is still forward-leaning. 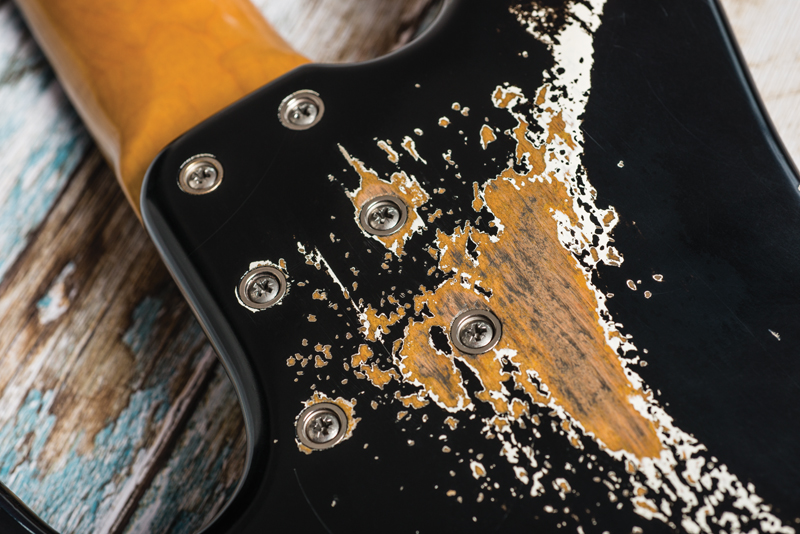 The main interest with the European ash body stems from its HAR finish, which adds £585 to the cost and a week to completion time. This bridges the antiquation gap between Hardcore (£275) and Hardcore Masterpiece (£980) ageing. With HAR, the neck is also treated, and aside from fun with various files and sanders, HAR includes baking the wood to simulate the process, giving a played-in vibe to both tone and appearance, especially as hardware, pickguard and pickups are also aged. 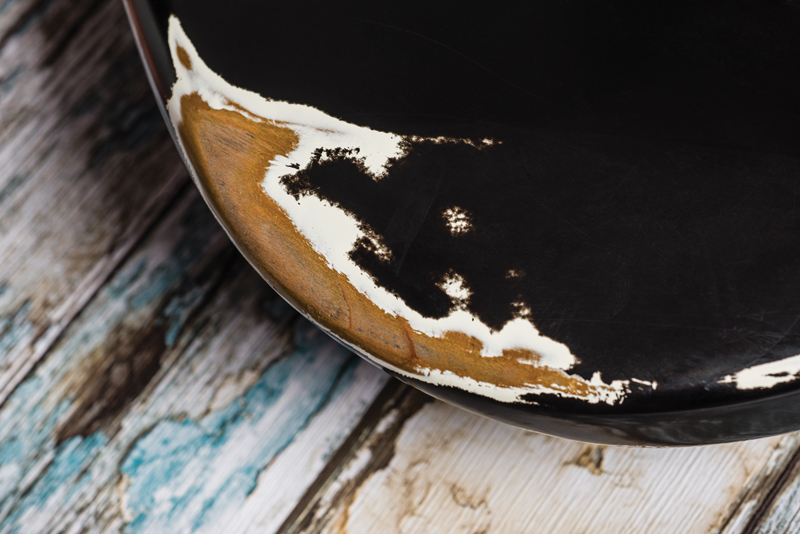 Ageing is another finishing option you either like or you don’t, and we must admit to being fans when it’s done as well as this. The neck is a maple/rosewood fingerboard combo with 22 medium nickel frets, Sandberg Lightweight tuners and Vintage High Mass bridge. Hitched to a Sandberg preamp are one Delano T-style single coil at the bridge and a Delano M-style humbucker – the latter with coil-tap switch for single-coil mode. The controls consist of volume, balance, bass and treble. 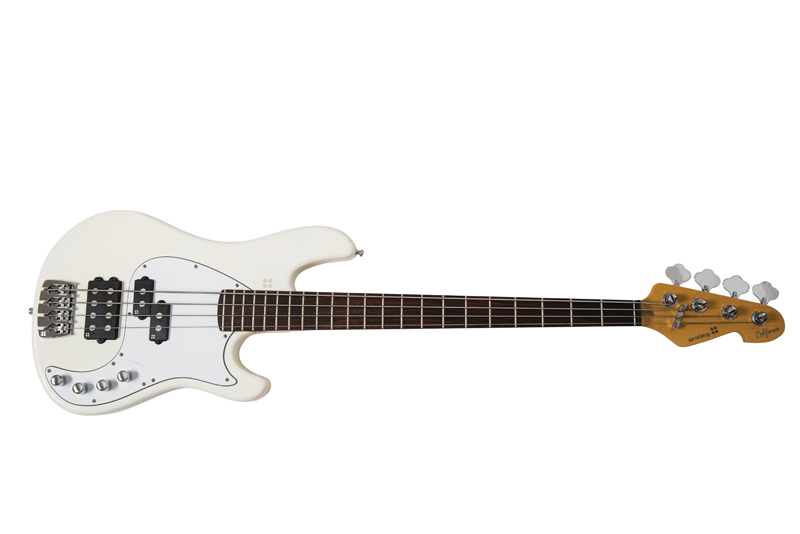 The VM4 has been similarly tweaked in the vista department, the alder body’s previously even rear bouts now having a decidedly offset vibe, the lower horn has less mass and the cutaway is deeper. These alterations alone amount to a body that’s slightly smaller, and instead of the expected 4.3kg of a basic P shape, the VM4 weighs in at 3.95kg – not a staggering difference, but every little helps! You also get a remodelled pickguard, the white against white vibe of pickguard to finish being a particularly classy feature. 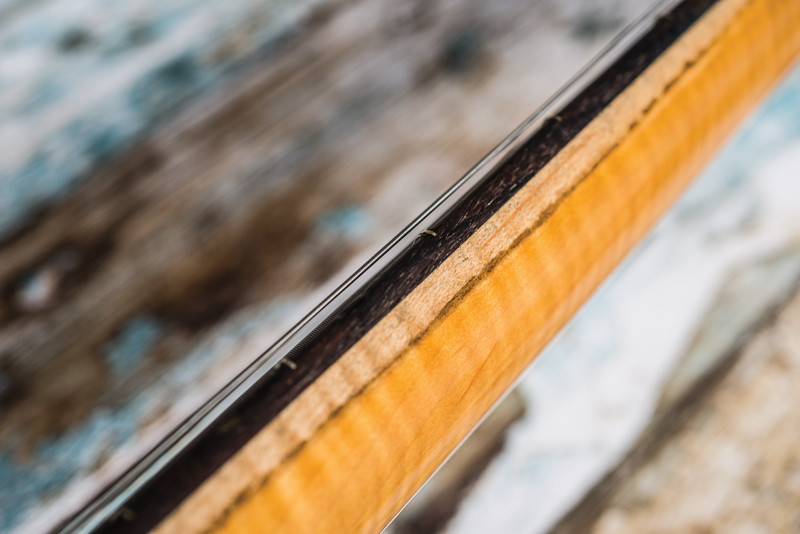 The top half is as of old, with comfort facilities and familiar dorsal fin horn. Sandberg hitches up a dot-free rosewood fingerboard to the maple neck wagon, with 22 medium nickel frets, and the hardware again consists of Sandberg Lightweight tuners and Vintage High Mass bridge, without the intentional blemishing of the chrome finish. There’s also the tension-enhancing string tree you’ll find present on all Sandberg basses. 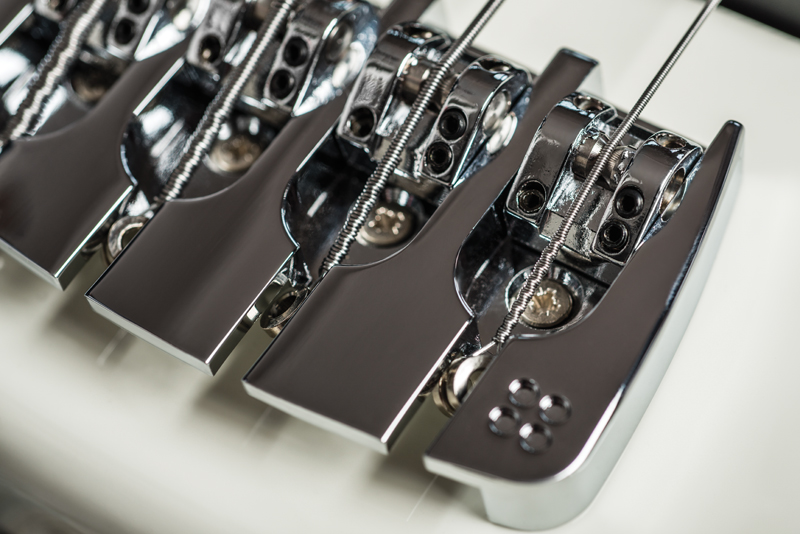 The standard active electronics with Sandberg preamp are hooked up to the Splitcoil pickup in neck position and Powerhumbucker at the bridge, although sans the coil-tap switch of the TM for obvious reasons. Controls number volume (pull for passive mode), balance and a two-band EQ.

Of the two coil-tap modes, the humbucker/single-coil option is the most solid and has the most stature, with plenty of bottom-end width and a pleasing growl to the E string. There’s an excellent evenness of response across the fretboard, and the midrange tone is dark and aggressive with plenty of punch. This also means thinner strings are fat and solid enough for practical melodic groove playing.

Whilst clarity is not an issue, there’s a slight metallic zing on the G string, suggesting that highs are being overshadowed by high mids, although this effectively acts as `contemporary clarity’. It becomes a more dominating element in single-coil mode, and whilst enhancing the audibility of lower notes, the adenoidal twang on thinner strings can be irritating. 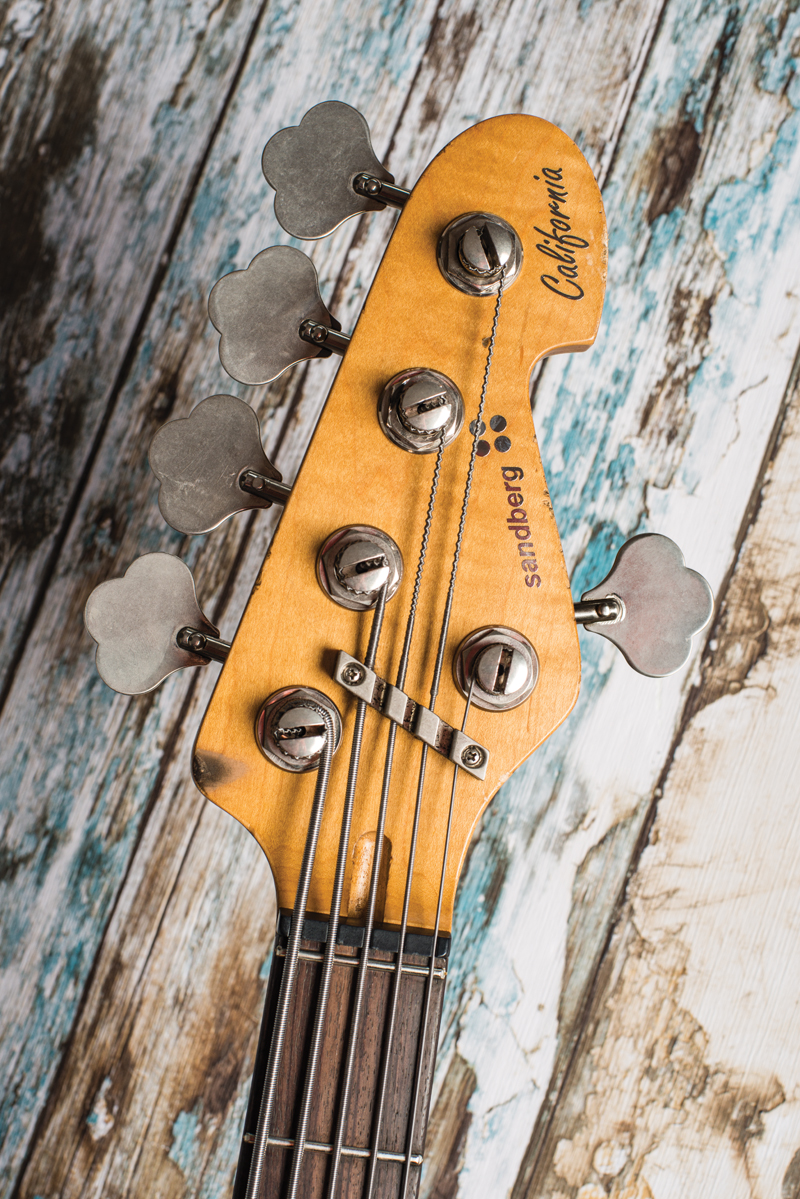 Individual pickups offer an earthy, acoustically nuanced variation and gurgly finger-funk, but when you involve the EQ, the TM5 has lift-off. Dialling in bass reduces the zingy edge and increases width, reducing the snappiness in note definition without hitting clarity heavily – a great option for solid rock or pop groove playing. If you boost the treble, there’s a hike to the highs, not mids, and employing slap technique gets joyously big and aggressive results. 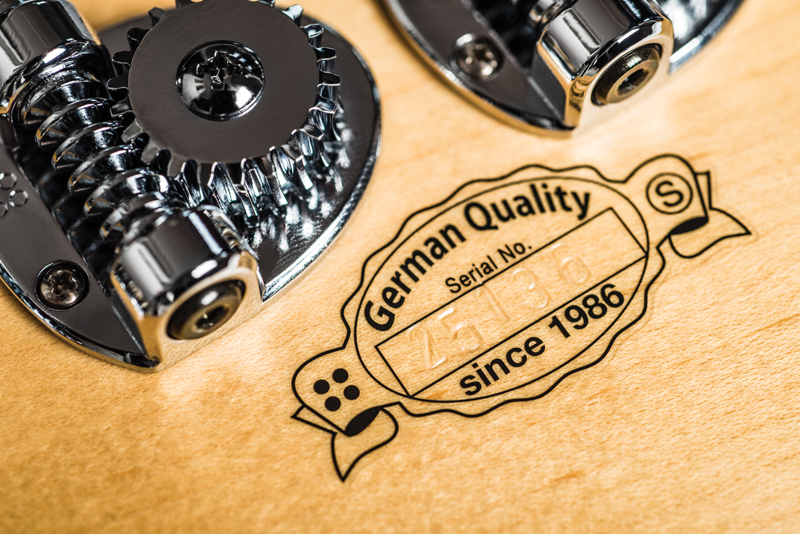 With the bridge pickup, dialling in bass creates a powerful, snappily-defined, modern funk tone that’s wide enough to do its job but funky enough to groove hard. The neck pickup sound also benefits from more weight behind its rootsy old-school vibe.

We found that, whilst imbued with decent width and aggression, there was a wirey quality to the VM’s basic noise, almost a slight weakness in output, so we reached for the bass dial. Half boost creates a more up-front sound with depth and power, growling at the bottom end, and dark and aggressive in the midrange with plenty of slightly stunted top-end clarity. 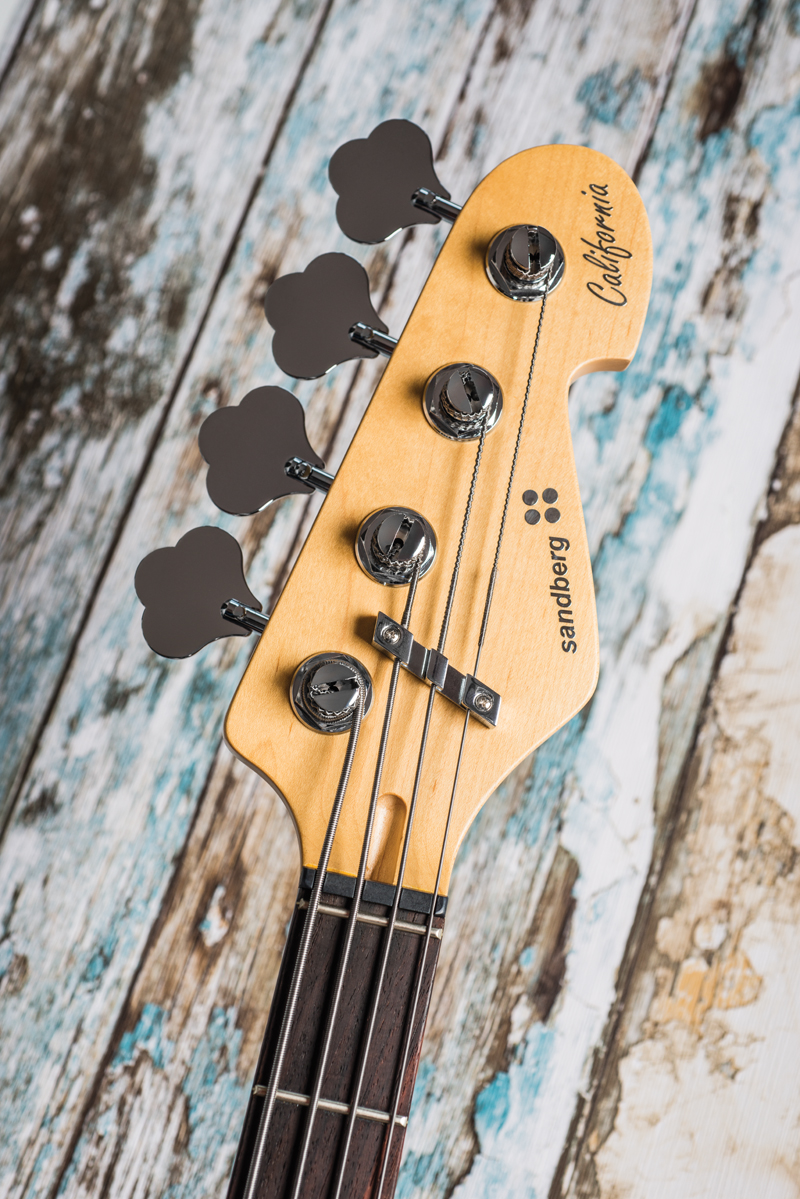 Dialling in treble provokes a snappy, slicing edge to thinner strings and more overall harmonic life – perfect for metal. Whilst soloing, the neck pickup brings hints of the P Bass, while the VM has more authority, with much more rasp and aggression across the neck.

Boosting the treble gets more snap before re-awakening the wiry clank on full boost – it’s fun and almost pick-like. Bass boost also uncorks a warm, fat gurgly funk tone at the bridge, where your note is given real purpose. 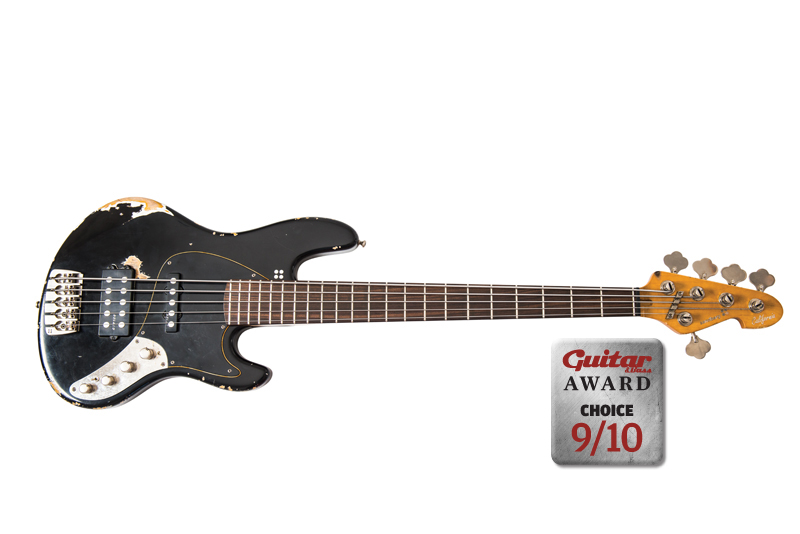 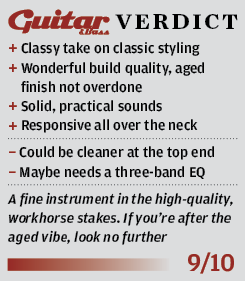 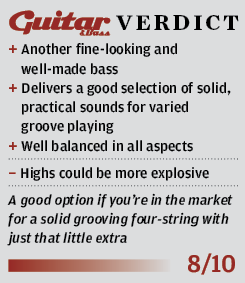