Seagull are producing a new cedar-topped OM in the Original Series, while their fresh Excursion range has a new bracing design – which gave a result that made us jump. 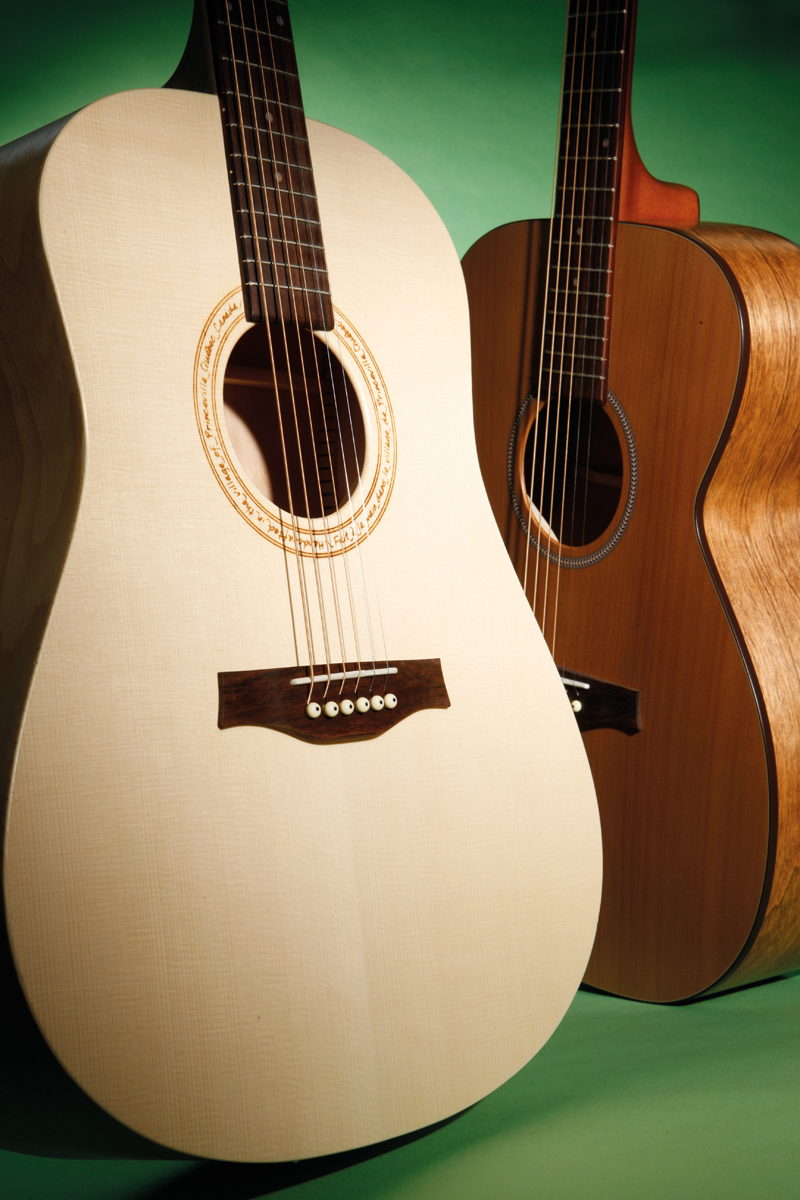 Established in Quebec in 1982, Seagull guitars have always stood out from the pack thanks to their use of sustainable North American timbers – and with those distinctive slimline headstocks, you won’t mistake them for any other brand, In this review we’re looking at two: one from the low/mid priced Excursion Series, and a new model in the Original Series. 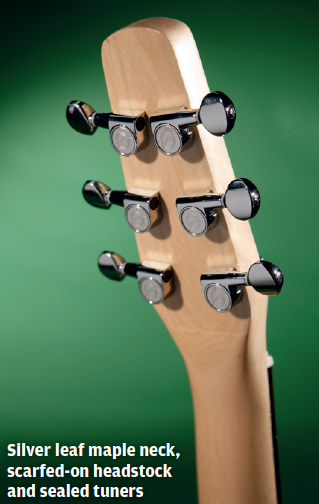 Natural SG
Seagull’s new Excursion Series is intended to provide ‘affordable, quality crafted North American-made acoustic guitars’. These guitars are supposedly ‘rugged, bare bones and packed full of tone’, so we’re here to find out if the Natural SG delivers on the promise.
In case you’re wondering, ‘SG’ refers to the ‘semi-gloss’ finish. It seems more like matte, really; it’s so thin that you can barely tell any finish has been applied, and no stain or tint has been used whatsoever. The top is an impressively straight-grained piece of creamy pale solid spruce with Seagull’s bilingual ‘burn stamped rosette’. Canadian wild cherry laminate is used for the back and sides and it should be noted that it’s three ply. 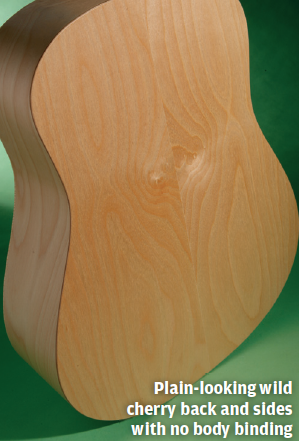 You may be thinking ‘so what’, considering that the back and sides aren’t solid anyhow, but compare any three-ply archtop with a five-ply equivalent and the difference in resonance will be apparent. The back and sides are almost as pale as the top and the silver leaf maple neck continues the visual theme. Seagull use an integrated set neck joint which combines glue and bolts; the bridge and fingerboard are rosewood, and the nut and compensated saddle are both Tusq.

There’s no binding to be found on the fingerboard or the body, but it’s apparent that Seagull’s attention to detail has not been compromised. What’s more, in deciding to eschew body binding Seagull realised that not routing into the kerfing provided the top with a wider surface area for gluing. The extra strength this provided meant the brace ends did not need to be tucked under the kerfing, so the top is able to vibrate more like a drum skin. The resulting bracing design is unique to the Excursion Series models and doesn’t feature on any other Seagull guitar.

The Natural SG is fitted with 14:1 ratio diecast tuners. Our review guitar is acoustic-only, but a Fishman Isys + pickup system is an optional extra, as is a padded gig bag. 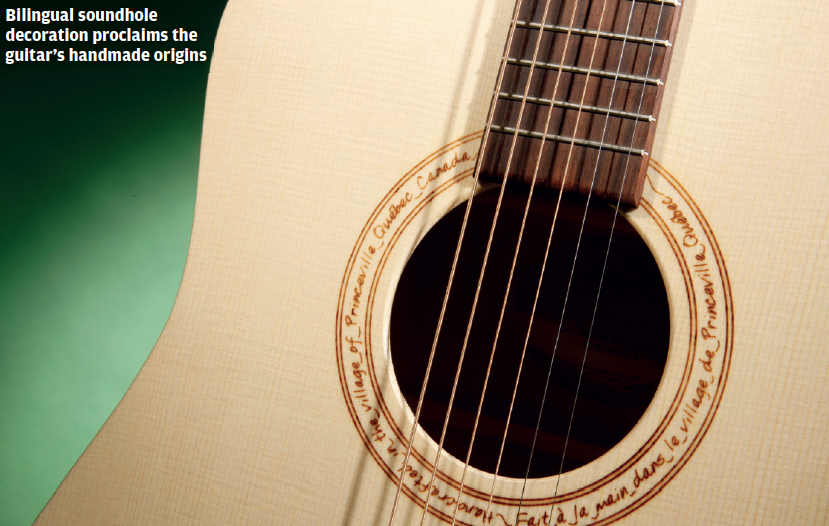 Sound
Most of us on this magazine have been reviewing guitars for a long time, but it’s heartening that every now and again a guitar is still able to surprise us. There I was, tuning up as usual using the tuner app on my phone; everything went smoothly enough with no sloppiness or nut pings, I formed my usual G major chord… and bam, this Seagull dreadnought almost bounced off my lap. It’s bold, it’s loud, it’s clear, and it’s very lively indeed.

Occasionally a guitar can be described as greater than the sum of its parts, and this Seagull would seem to be a case in point. It’s always problematic to generalise about genres of guitar, but if you associate dreadnoughts with a deep and strong bass and an extended, chiming treble response, the Natural SG is unlikely to disappoint. However, while some dreadnoughts provide ample bass, they can often succumb to boominess and a lack of definition – a characteristic that can often make them difficult to record. In contrast, the Natural SG generates an impressively solid thump that remains clear and well-focused thanks to a plethora of harmonic overtones.

We tried some bluegrass-style rhythm work and all the bass notes we picked out punched through the chords with no difficulty. Switching over to fingerpicking, we were still able to get plenty of percussive front end, even when we were palm-muting. But the really impressive thing is that the Natural SG retains a warm woodiness rather than veering too far towards brightness and twanginess.

At the other end of the frequency spectrum the Natural SG pulls off another neat trick. Acoustic guitars that have a chimey and ethereal quality when strummed can sound a bit thin when single notes are played on the unwound strings, but this guitar chimes without ever sounding too bright, but it also produces single notes that are meaty and well-rounded. 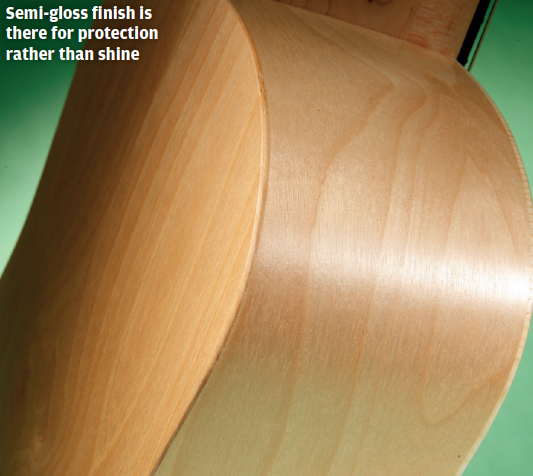 There is a gentle midrange scoop to emphasise the classic dreadnought voicing, but it’s far from exaggerated. So the D and G strings are set back a little, but not enough to diminish the Natural SG’s capabilities as a genuine all-rounder. As much as we enjoyed this guitar as a big-hearted and powerful rhythm instrument, fingerpicking reveals a subtler and more refined side.

S6 Cedar Concert Hall
The Concert Hall is a new addition to Seagull’s Original Series. As the name implies this series has been around since the start, but rather than Seagull’s own variation on the J-45 body shape, this one is more like an orchestra model in shape and size. 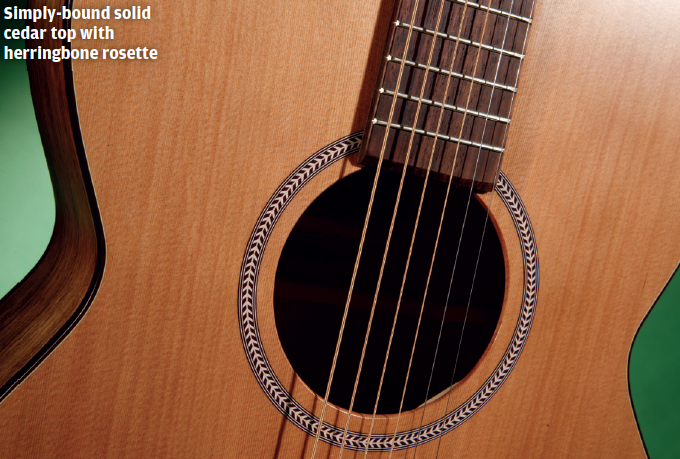 Besides that it’s business as usual, with a solid cedar top plus laminated wild cherry back and sides. Once again the neck is silver leaf maple with a stacked heel, but it’s been stained reddish brown and features what appears to be a transfer on the front of the headstock, with faux binding.

The rosewood fingerboard is unbound, but the body has chocolate brown binding front and back along with a herringbone rosette. The slim, hand-finished neck profile is not dissimilar to the Natural SG’s, but the scale length is increased from 24.84″ to 25.5″ and the string spacing at the nut is 3mm wider, making it a fingerpicker-friendly 39mm.

Sound
Although the shapes, sizes and soundboards are different, there is an undeniable family resemblance. Again this is a loud guitar with deep and strong bass but, if anything, it’s even better defined. Compared with fresh spruce, cedar-topped guitars are generally supposed to sound more ‘played in’ and sweeter in the top end when new. This certainly applies to the S6 Concert hall, yet it still has ample treble. 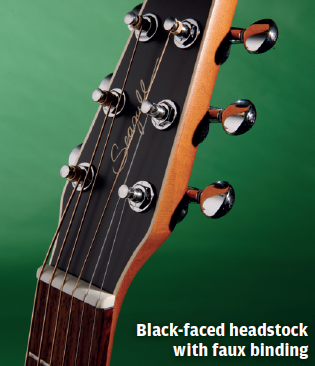 Again, very little playing effort is required to get the top vibrating – the S6 Concert Hall feels solidly built, but the body’s willingness to resonate demonstrates that it’s certainly not over-built.

Where the Natural SG produces a breezy and exuberant chime, the S6 Concert Hall has a touch more woody refinement and balance. In large part this is due to a more forward midrange that provides evenness across the strings that many associate with OM-style guitars. Although conceding sheer drive and power to the Natural SG, the S6 is perhaps the better all-rounder of the two.

In rhythm mode it’s slightly clearer because there are fewer harmonic overtones to obscure the fundamental frequencies. Consequently little chord inversions and suspensions ring through quite clearly. As a fingerpicking instrument it sounds even better and it’s very easy to play. We quickly veered off into DADGAD and beyond, discovering that the S6 Concert Hall holds things together really well even if you drop to open C tunings. The bass doesn’t lose any weight and the tone of the low notes takes on almost a piano-like quality. Inspiring stuff.

Verdict
Compared to typical Far Eastern-made acoustics in their price range, Seagulls offer far less decoration and no glossiness whatsoever. Even so, both these guitars are solidly made, and it’s obvious that this maker has a clear understanding of how to design and build acoustic guitars.

While we can’t fault the tone, the looks may not float everybody’s boat; the back and sides of the Natural SG could be mistaken for ordinary pale plywood as opposed to the company’s own instrument-grade material, and the brown staining on the S6’s back and sides hardly gives a high-end impression. It’s a shame, because in fact these materials are way better than they appear.

Still, when selecting guitars most of us base our decisions on looks as well as tone; fortunately we all have different priorities, and it’s quite likely that many players will appreciate the Seagull aesthetic, and you can be assured that when it comes to build quality and tone, there are no compromises. 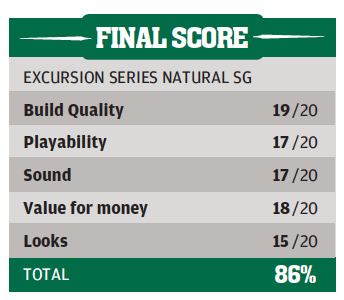 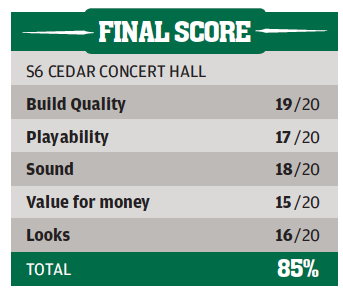