Does the world need another posh single-cut? When it’s one that’s this good, we say yes… 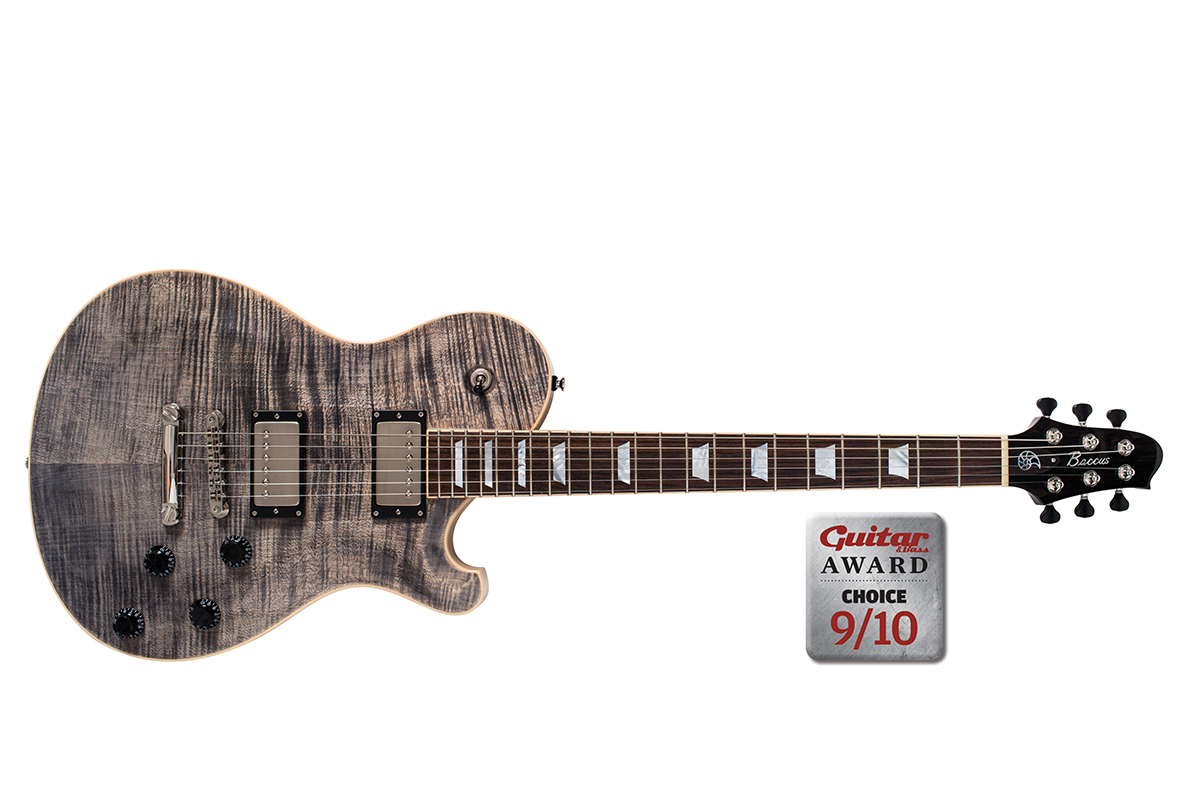 We encountered Seth Baccus at the recent Holy Grail Guitar Show in Berlin and were hugely impressed by the quality of his work. The stepson of master acoustic luthier Andy Manson, Baccus grew up amongst sawdust, musical instruments and musicians. He also helped out in Manson’s workshop while still at college. Baccus went on to manage Andy’s brother Hugh Manson’s guitar shop in Exeter, and it was through that role that he worked with Muse and became a touring tech for John Paul Jones – he was part of the crew for the Led Zeppelin reunion show at London’s O2 arena in 2007. 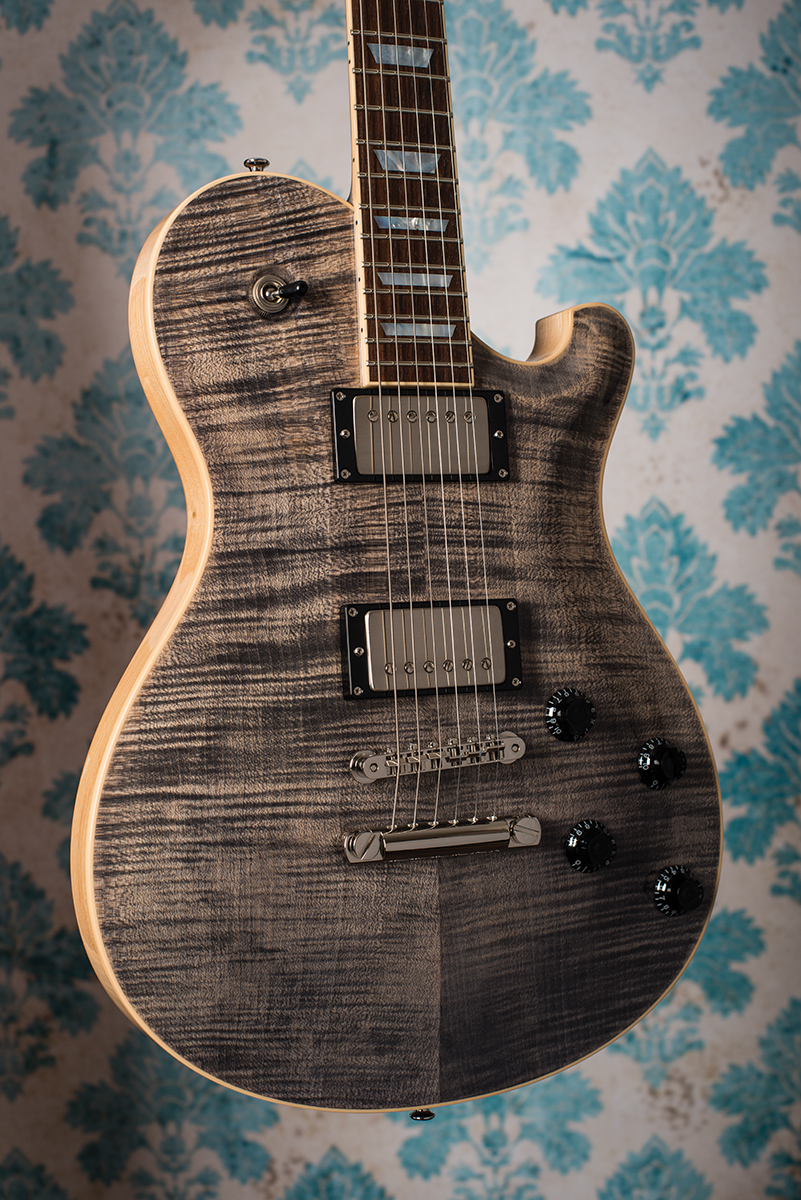 Baccus began building his own guitars in 2004 and left Mansons in 2009 to become a full-time luthier. Sharing a workshop in Portugal with Andy Manson, Baccus launched his set-neck, single-cutaway Nautilus in 2012 and the range now comprises Drop Top, Hollow Body, Modern and Classic models – it’s the latter we have here. 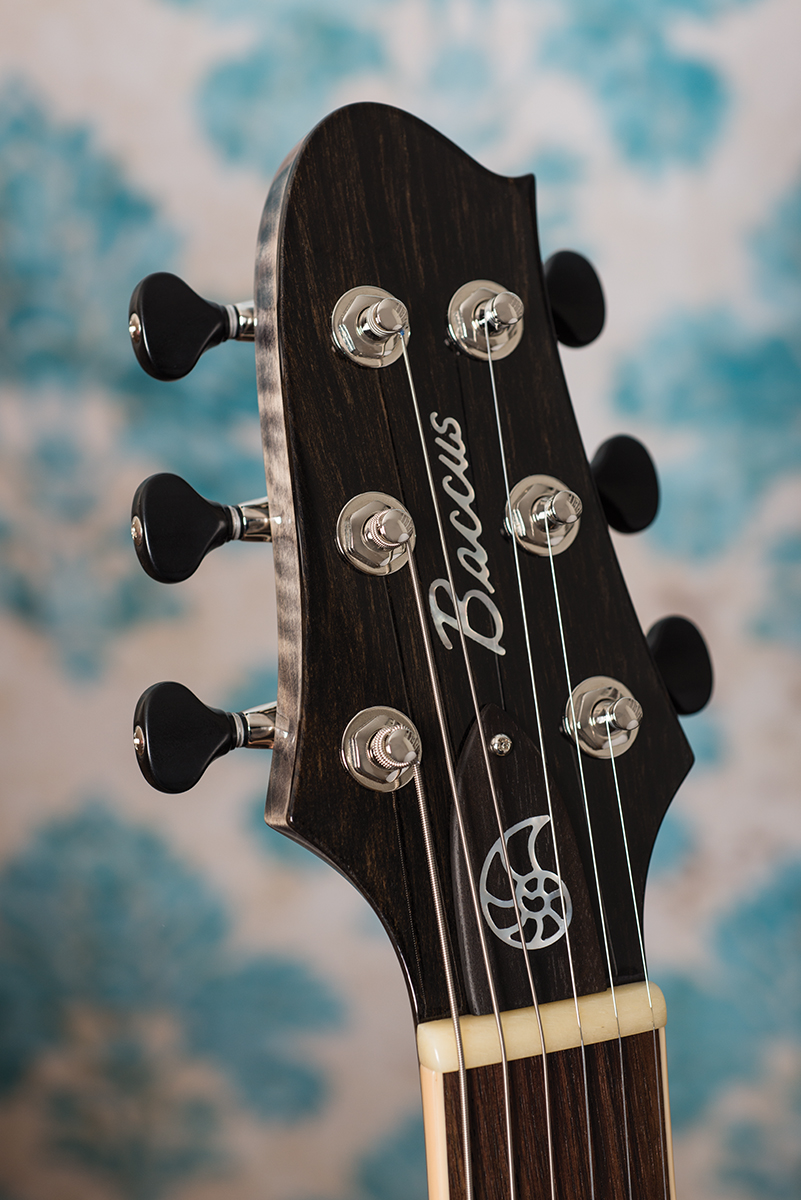 The headstock is accented with an ebony veneer

The Nautilus Classic is clearly influenced by Gibson’s most famous electric single-cut, but twists come in the shape of a 25.5-inch scale length and, on this particular example, a chambered swamp ash body with a flame-maple cap. Even when measured by the standards typical in this lofty price bracket, the quality of the Nautilus’ construction is very clean and the attractive sections of European flamed maple selected for the top and neck are accentuated beautifully by the double-stained Faded Charcoal finish.

Despite filling out to more than an inch in depth, the ‘Deep C’ neck profile is effortlessly playable and feels svelte and speedy thanks to a carve that’s almost V-shaped in the way it fills the palm but has very little shoulder to get in the way. Deep C and light overall weight notwithstanding, the Nautilus is certainly no diver and balances superbly on a strap.

Seth Baccus Nautilus Classic in use

On plugging into a clean-ish 6V6-powered amp, with a touch of spring reverb providing the ambience, we’re struck immediately by the bell-like purity of the Nautilus Classic’s voice – it will defy the expectations of anyone who assumes that a twin-humbucker single-cut is all about midrange push and brute force. There’s plenty of air, and the chambered construction and Fender-style scale length help the Nautilus sound open, expansive and almost semi-acoustic.

The brushed-nickel covered Bare Knuckle pickups are an excellent choice. At 8.9k, the VHII in the bridge is a little hotter than most vintage humbuckers, but its PAF-like high end and harmonic complexity is perhaps unsurprising given that the ‘raw energy and brown sound of the late 70s’ that Bare Knuckle says it is voiced to capture is a nod to the tones that Eddie Van Halen created using his ‘Frankenstein’ guitar, fitted with an original PAF removed from his Gibson ES-335. 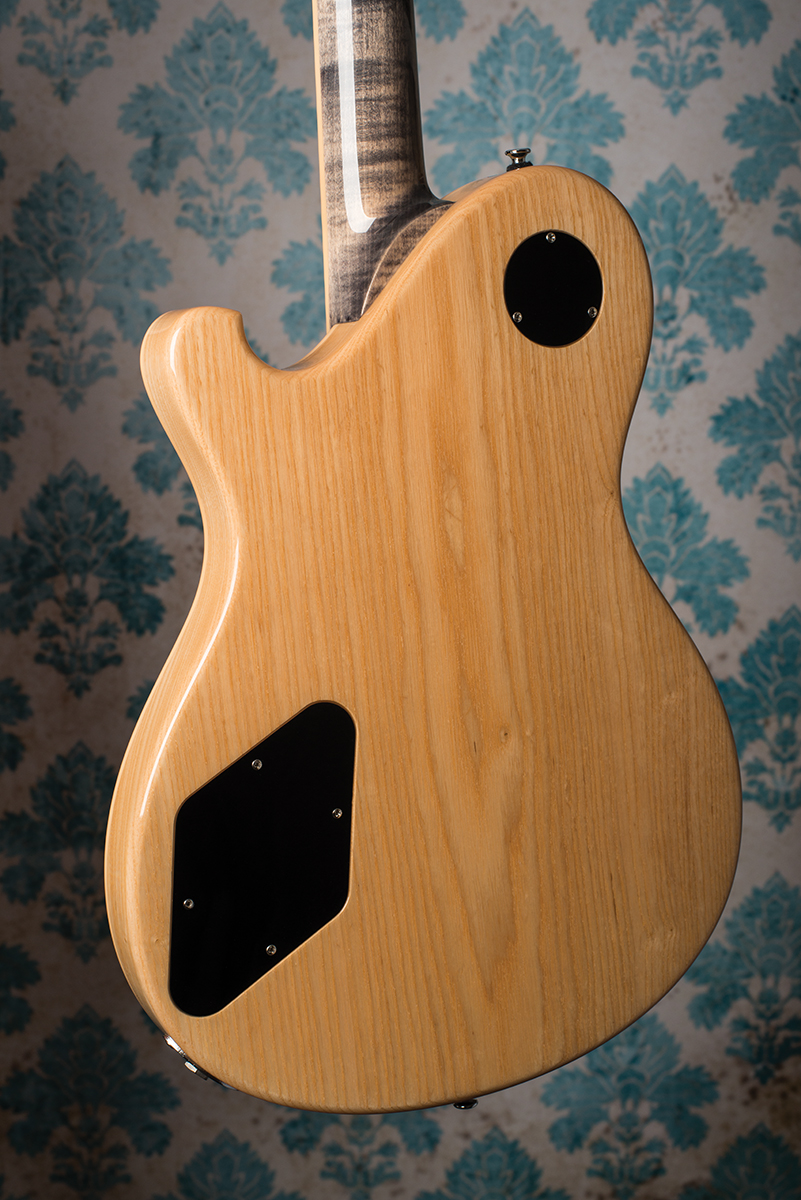 The chambered swamp ash back has a natural finish

The extended, musical treble of the bridge pickup’s voicing in combination with the Nautilus’ construction means that chiming Johnny Marr chords, Nile Rodgers funk and even country cleans aren’t out of the question – it doesn’t just cover those bases, either, it sounds really rather good.

Gained up, the clear treble response translates into serious lead tones that really sing, and while there’s not the forceful, tight bass for chugging metal, classic rock rhythms are well served. The well-balanced Stormy Monday neck pickup is a smart choice alongside the VHII – its slightly scooped mids and extended highs mean there’s no woolliness; instead, you get a pleasing blend of clarity and cream that suits slow, expressive blues lead. Whether clean or dirty, the twin-pickup sound is smooth, laid back and well suited to lashings of ambience. 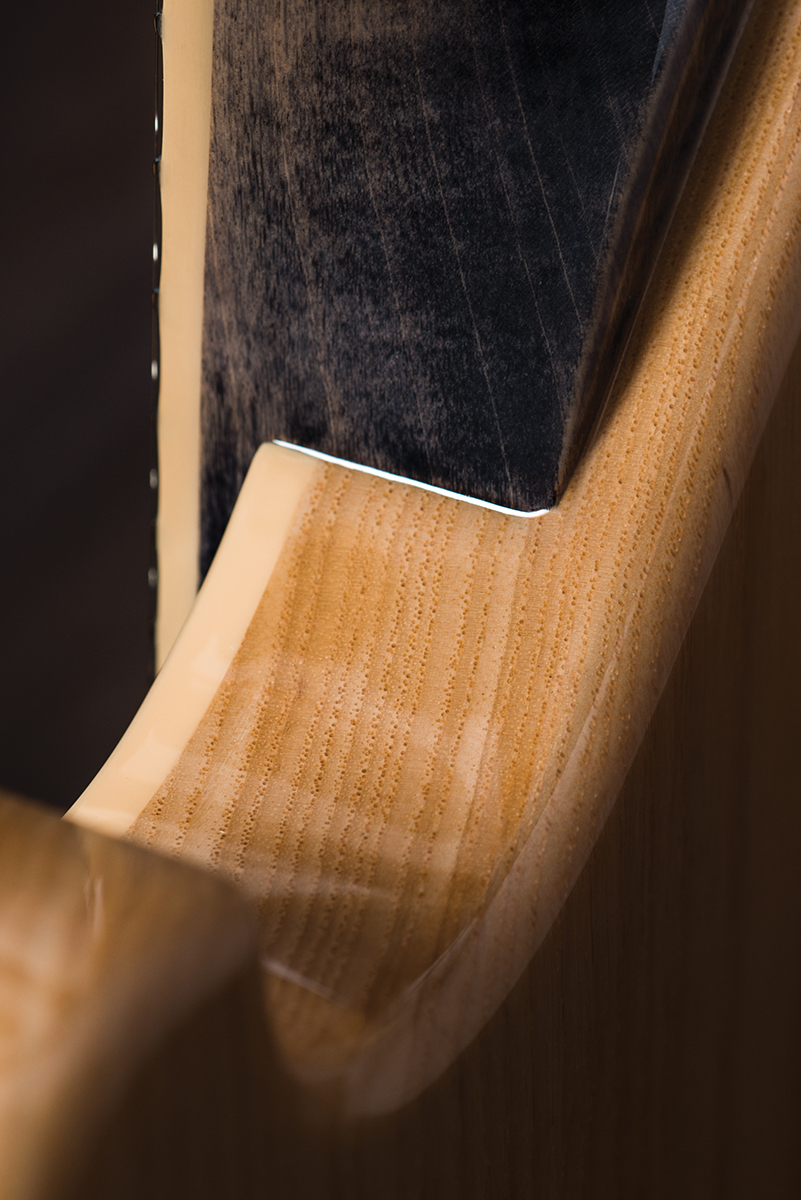 The Gibson-style top hat knobs look the part but aren’t the easiest to pull upwards when you want to engage the coil-split, which is activated via each pickup’s tone pot. That said, when either or both coil-splits are employed, it unlocks a range of quieter, thinner voices that could prove useful for sections where you need an ‘unboost’ effect. It’s perhaps a reflection of how well the Bare Knuckles are voiced in full-humbucking mode that we didn’t find ourselves feeling the need to turn to the coil-splits too often.

Seth Baccus’ love for his craft translates into a rare attention to detail, but we’re not talking about soulless perfection: there’s a warm heart beating in the Nautilus and it’s a guitar that’s as inspiring as it is toneful. It also has one of our favourite necks of the year and, despite the undoubtedly bling-y boutique vibe of the rippling flametop and high-gloss poly finish, this still feels like a bona fide player’s guitar and no ornament – musically, it opens doors and no mistake.