With aged hardware, tinted necks, stain finishes and bound bodies, Squier’s second 40th anniversary celebration series might be the most vibey and desirable budget guitars Fender has ever made. 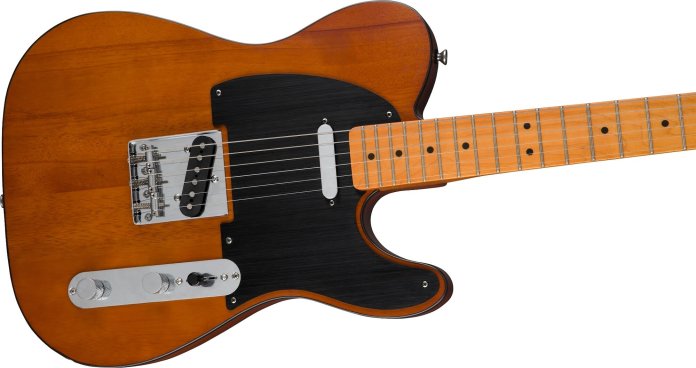 It’s very easy to get excited about the flashy things that Fender does – the painstaking vintage recreations of the American Vintage II range, jaw-dropping Custom Shop relics and what have you – but less so when it comes to mass-produced budget instruments at the Squier end of the scale.

At least, that used to be the case – in 2022 however, the landscape is rather different. For the last couple of years, some of the most fun guitars the big F has been producing have come under the Squier banner – from an affordable Bass VI, to revivals of the Cyclone and Toronado, to the only remaining place you can buy a Fender-made Offset Telecaster or Cabronita. Okay they’ve not all been winners (looking at you Starcaster with active pickups!) but the vibe has very much been a compelling blend of experimentation and celebration of the most fun leftfield instruments in the Fender canon.

We were a little disappointed then, when Squier’s 40th Anniversary Gold Edition guitars were so… safe? Great guitars for the money? Sure, but sprinkling a little gold onto some bog standard Classic Vibe instruments didn’t set the pulses racing. Enter then, the Vintage Edition.

The second tranche of Squier’s 40th Anniversary instruments, the Classic Edition guitars are, ostensibly at least, not wholly different from the Gold Edition instruments in that they are fundamentally Classic Vibe instruments with different clothes on. But clothes, as they say, maketh the guitar.

Where the Gold Edition guitars wanted to bling things up to the extreme, the Vintage Edition goes the other way, so we have factory-aged chrome hardware, satin finishes and tinted necks across the board. The history of Squier and Fender Japan are inextricably linked, and so it’s fitting that again these guitars evoke something of that history, with 70s-derived esoteric combinations of finishes, body binding and anodised aluminium pickguards. 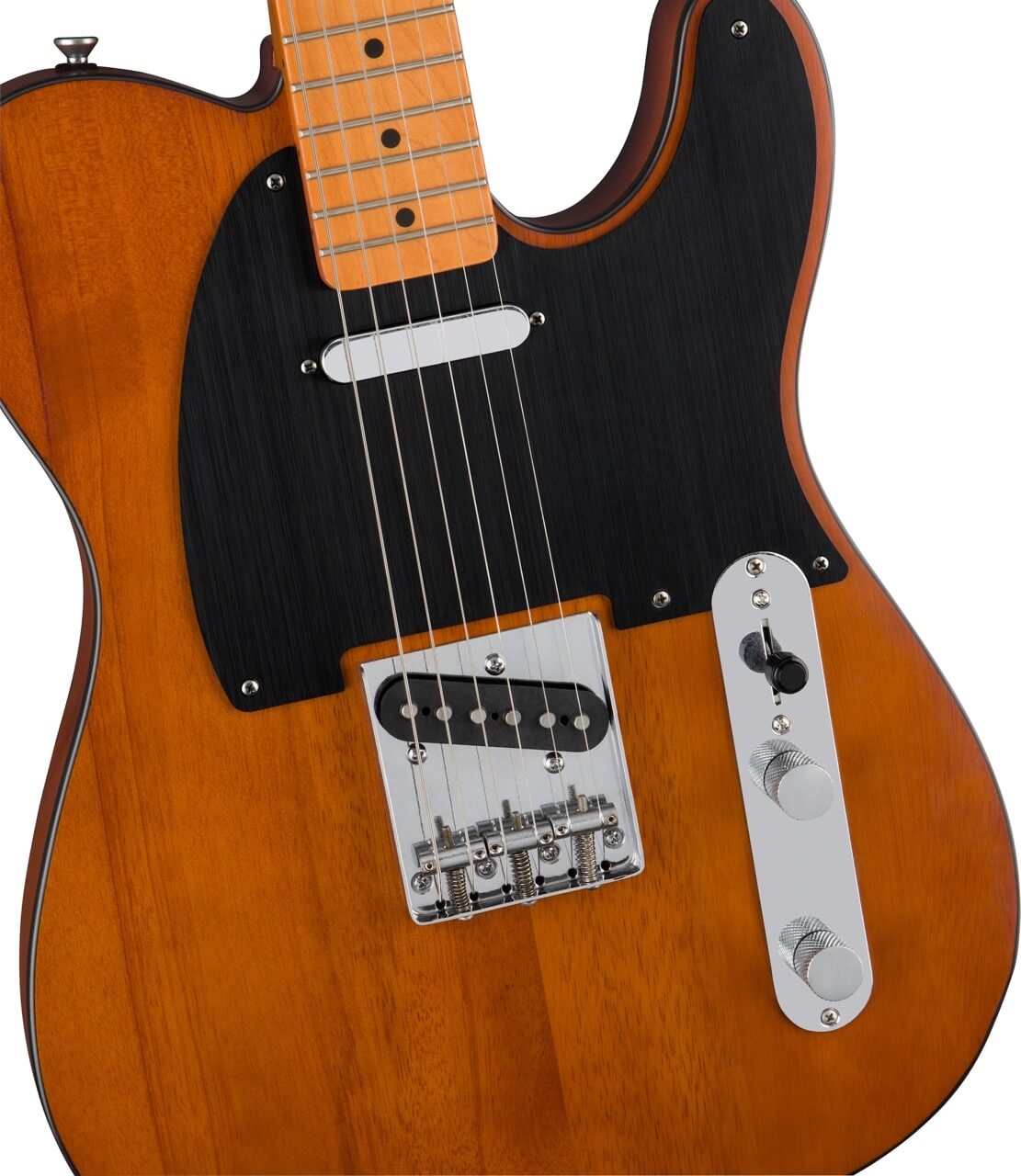 The first thing we do upon pulling this 40th Anniversary Vintage Edition Tele out of its box is just admire the damn thing. The ageing of the hardware probably wouldn’t pass muster in the Custom Shop, but it all has a nice scuffed, dulled effect that’s particularly handsome on the burnished almost pewter-coloured tuners. No corners have been cut either, with even the ferrules and string tree having the aged effect – you won’t find am unmolested bit of hardware anywhere on this guitar.

The three-piece body’s sumptuous satin Mocha finish isn’t one that we’d have picked, but in the flesh it’s a beautiful deep brown that works perfectly with the black body binding and aluminium pickguard. The caramel tint to the neck is just right, complimenting the rest of the guitar without being too close. 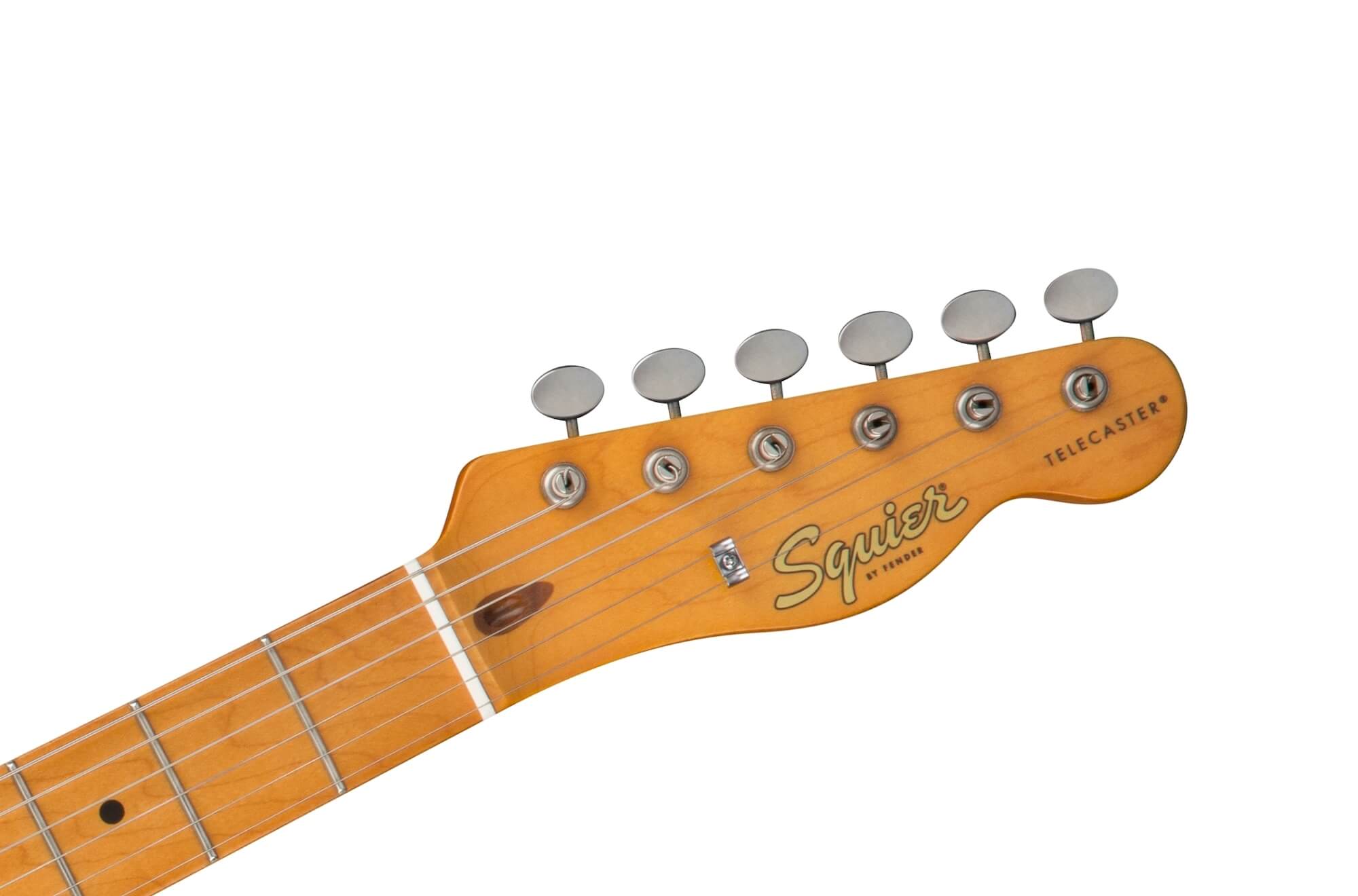 All in all, it looks and feels like a guitar that emerged from Fender Japan in the early 80s and was heavily but carefully gigged over the following decades – it’s a truly beautiful guitar that, lest we forget, costs under 500 quid.

At a shade over seven pounds it’s also impressively light, while the playing experience is similarly inviting. The satin-finished neck offers a comfortable C-shape and a smooth, unsticky ride up and down the board. The edges aren’t the smoothest we’ve seen, but there are no sharp tangs to catch on, and it broadly gets out of the way.

About the only time we don’t have to remind ourselves that this is a sub-£500 guitar is upon plugging in. The Fender Designed Alnico Single-coils are the same as those found in the Classic Vibe guitars, and while they absolutely do sound like a Telecaster, they’re a touch generic and aren’t the most inspirational units we’ve come across.

We say again though, this is a guitar that costs about the same as a PS5. Slap a set of Fender USA Pure Vintage pickups in there for £125 and you’ll have a guitar that looks and sounds FAR more than the sum of its parts.

And that’s because the raw materials you’re working with are put together in such a compelling fashion – in fact it might be the most desirable guitar Squier has made in the last 40 years. A fitting way to celebrate a birthday indeed.