The reborn Supro range has tickled us with its crisp crunch but, as we find, this titchy amp delivers deceptively big clean tones too… 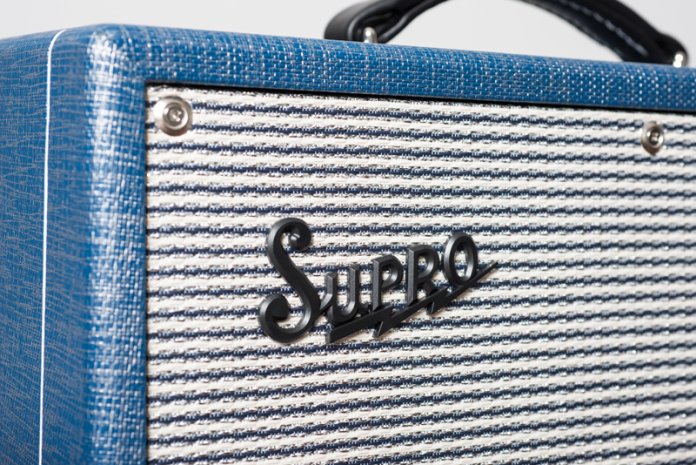 Most scientists agree the heaviest substance on earth is osmium, at over 22 grams per cubic centimetre – that’s about twice the density of lead. The second heaviest substance is whatever the flip this amp is made of. Oof! An ultra-compact 1×10 combo that weighs over 20kg? What is going on in there?

The answer probably has a lot to do with the transformers – because despite being smaller in dimensions than a 12-watt Fender Princeton Reverb, the Supro Titan is a 50-watter. We’re struggling to think of many guitar amplifiers that push that much power through a single 10-inch speaker, and the reason for that is it’s quite a strange idea – you might compare it to making an enormous three-tier wedding cake then trying to deliver it through a letterbox. 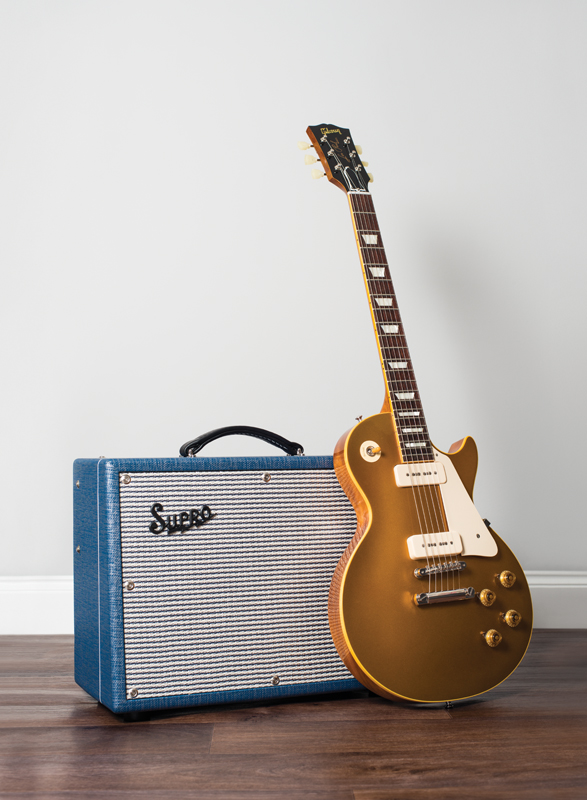 To be fair, though, the idea of a small amp with bags of clean headroom certainly has its appeal, and you can always plug in an extension cab if you really want to maximise its room-flooding potential.

We’ve already reviewed a couple of reissue Supros, but here’s a quick bit of background in case you weren’t paying attention. Until a couple of years ago, the Supro name was a pawnshop curiosity, one of the `other’ American brands of the 60s saved from obscurity only by brief associations with Hendrix and Page.

The new versions have quickly drawn an impressive array of endorsements, from artists as diverse as Joe Perry and Brian Setzer; and while they’re not handwired like the originals, they are at least put together in the USA. And they look absolutely bang-on.

This one has a cathode biased Class A output stage using a pair of 6L6s, and includes valve-driven spring reverb and tremolo. It wears the same denim-like `blue rhino hide’ covering as the rest of the range, its silvery grille cloth interrupted only by a vintage-correct Supro logo.

Behind the chunky black handle is a metal control panel that’s clear enough, except that – the true hallmark of an amplifier with retro intentions – it’s arranged for reading from the back, as in the days when guitarists were so shy they used to hide behind their amps. 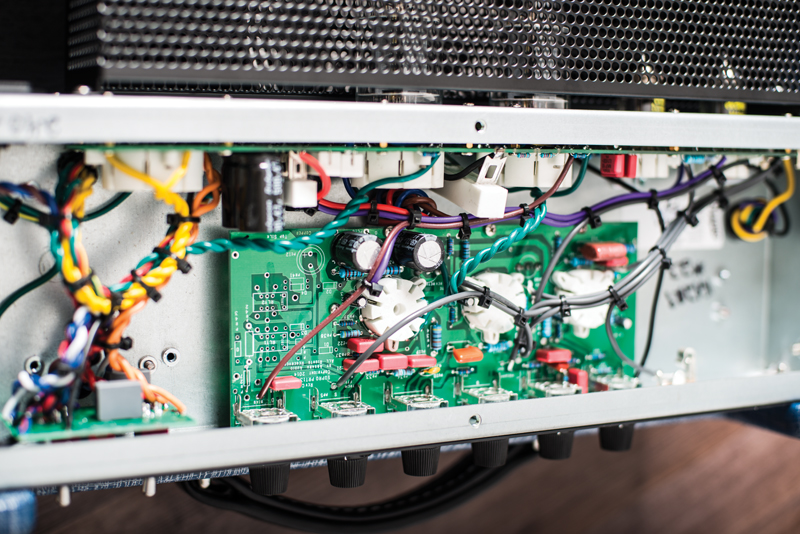 The back panel is removed easily for access to the circuitry, but changing tubes isn’t so simple: they’re protected by a metal cage, the screws of which are murder to get at. In fact, three of the preamp valves can’t even be seen from the back. They’re mounted on a second PCB that hangs perpendicular to the main board, and point forwards towards the speaker baffle.

The plucky 10-inch speaker entrusted with turning all that wattage into decibels is a US-made Supro HP10. It has a hemp cone, which will pique your interest for good reasons if you’re a fan of the Eminence Cannabis Rex, and for bad reasons if you’re expecting it to give off some sort of mood-altering fumes (it doesn’t). 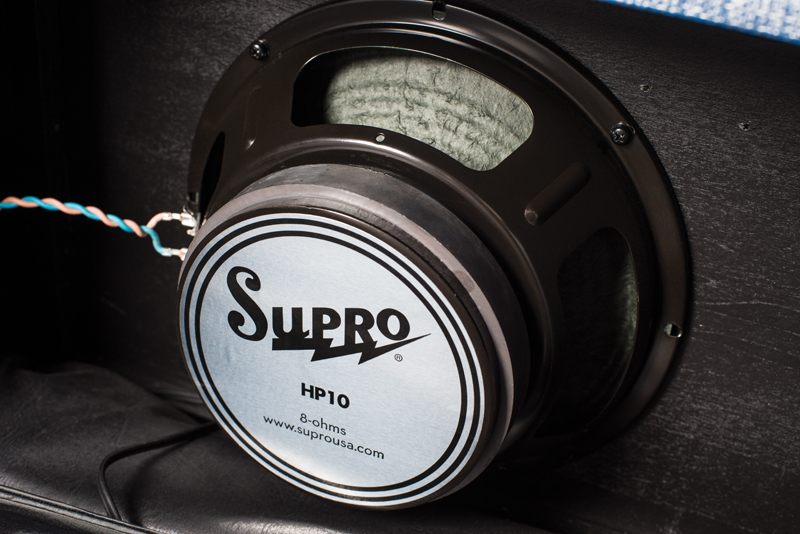 There’s only one output, so if you do want to run the Titan into a bigger cab you’ll have to unplug the internal speaker first – and it’s such an awkwardly shaped plug, squeezed into such a tight spot, that this is maddeningly fiddly.

If you make the mistake of switching on the Titan with the volume, treble and bass at halfway or above, you may hear a strange rumble rolling through the earth for a few seconds. The Titan looks like a harmless little thing, but it’s no lightweight in any sense of the word. 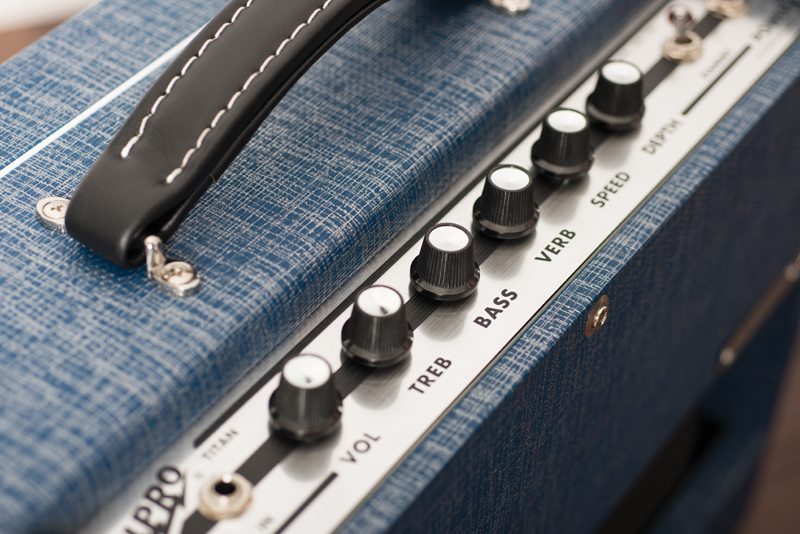 Even with single-coil pickups, you can turn this control nearly all the way off and the tone still has plenty of body; in fact, with a Les Paul’s neck pickup it’s still a little boomy even with the bass at zero. It seems Supro’s engineers have gone out of their way to defy anyone who thinks a 1×10 can’t create enough bottom end… and they may have gone just a little too far.

But perhaps the most important thing is the clean headroom, and there is indeed lots of it. Gently pushing the volume back up towards the mid point, the sound gets bigger and bolder, yet remains sweet and organic-sounding, with a twinkliness in the top end to match that low-end thump.

It’s only when you plug into a larger cab, though, that you really feel the benefit of all that wattage. Through a 2×12 rated at 150 watts, the sound is immense – somewhere between a tweed Bassman and a blackface Twin – and you might even dare to turn up the bass a bit.

Overdrive pedals can sound somewhat stifled through that mellow 10-inch speaker, but here again the extra breathing space afforded by a larger external cab makes all the difference. And as for the amp’s onboard dirt? 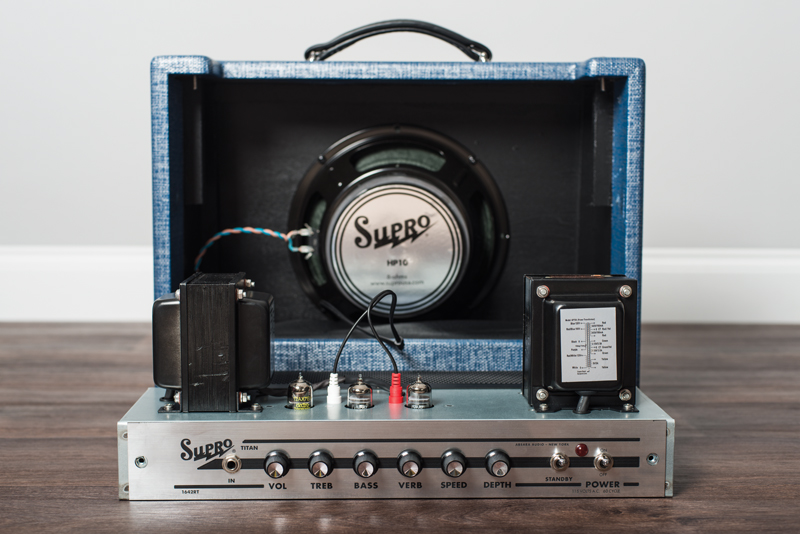 It starts to appear somewhere around two-thirds volume (a little earlier with hot humbuckers, a little later with the 2×12), and it’s extremely nice: tight yet smooth, compressing with a Vox-like sponginess that stops it getting ragged or harsh. It is mighty loud, but this is far from a high-gain amp – and the internal speaker starts to squash uncomfortably with big powerchords at full blast.

It’s nice to finish on a positive note, and the Titan’s reverb and tremolo make that easy. The arrangement of the two circuits – reverb in the preamp, tremolo modulating the bias of the power valves – means you’re applying trem to a reverbed signal rather than the other way round. Supro describes this effect as `haunting’ and `unique’, which might be over-egging it a bit.

Still, crank them both and you’ll create enough atmosphere to open a nightclub on the moon. For every-day ambience, you’ll probably want to keep the reverb low, but there’s no reason to hold back on the tremolo depth, which ranges from subtle to throbbing insanity. The range of the speed control is more limited than most, but that just means you get usable sounds at both ends. 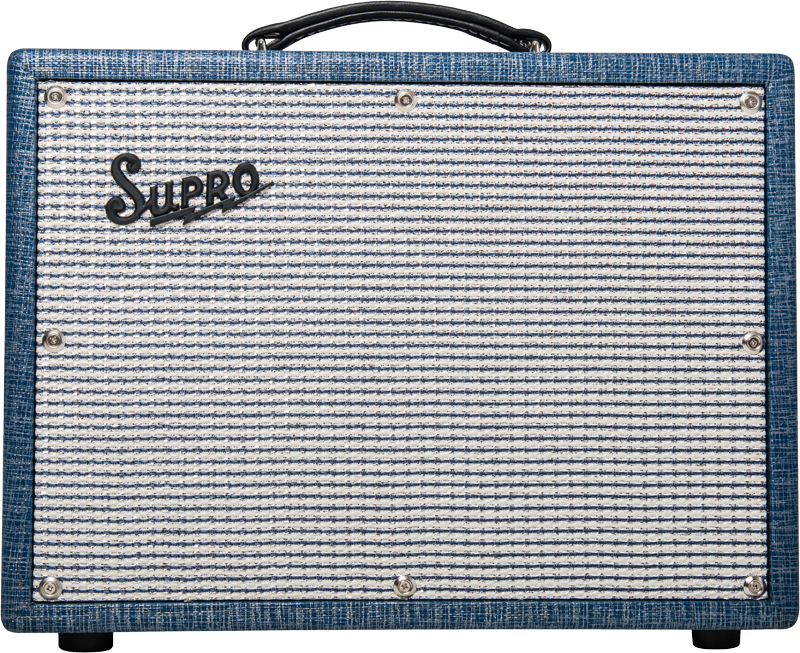 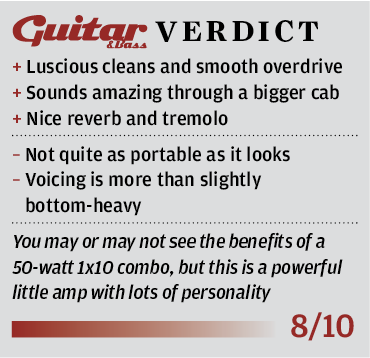