Retro Americana is Michael Swart’s stock-in-trade, but could his first production EL84 amp signal the beginning of a quiet revolution at this respected boutique brand? 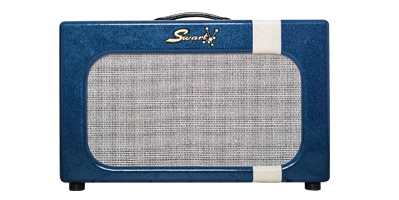 The look and tone of Swart amps is so resolutely retro Americana, some may be surprised to see quintessentially British EL84s in this new model. Then again, Michael Swart is an avowed fan of vintage Gibson amps and EL84s were used in those, under the US moniker 6BQ5.

So, the Swart MOD 84 has a pair of cathode-biased EL84s generating 15 watts, with the assistance of two 12AX7s and a 12DW7 driver for the short-tank spring reverb. A single tone control combines with a three-way interactive EQ switch and a tube tremolo with speed and depth controls. 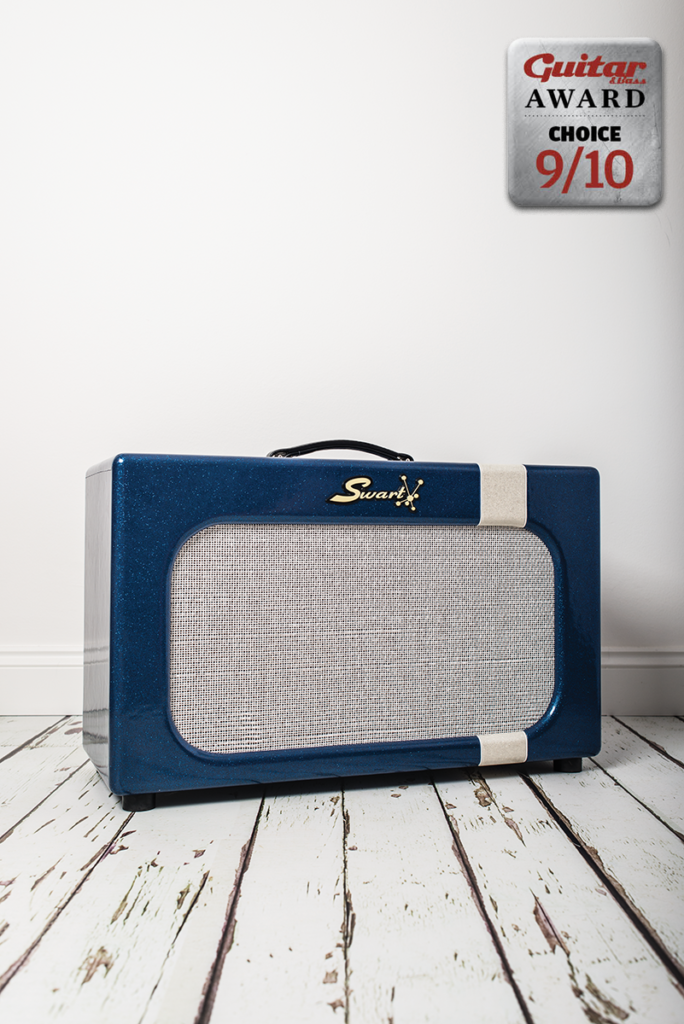 At the risk of getting myself in trouble with the tone police, I’ll confess that I consider the tonal attributes of different power valves to be a bit over egged. After all, a Blues Junior sounds like a Fender amp despite its EL84 power valves, and a pair of 5881s won’t turn a Marshall into a Fender Bassman. Installing EL84s in a Fender Deluxe to make it sound more ‘British’ is akin to installing humbuckers in a Strat hoping it will sound like a Les Paul.
I’ll concede that all the common power valves do have defining sonic characteristics, but skilled amp designers can wrest pretty much any quality out of them, depending on the way the whole amp circuit is configured and the speaker that’s used. The MOD 84 is a case in point, thanks to its highly effective EQ voicing switch – which actually selects three different values for the treble-bypass capacitor across the volume control.

Even so, the model designation is surely intended to evoke the scooters-and-scuffles era of British pop music, so I went in search of Voxy tones. Flicking the voicing switch towards the rear of the cabinet moves the MOD 84 into a very rich and creamy place with an undeniably strong Dick Denney influence.

The Vox tone in question would be a non-top boost AC30 or AC10, because this setting is by no means bright sounding and it’s also the lowest in gain. Single notes are full bodied and chords have a 60s-style dark jangle. The volume and tone controls interact in the tweed-Fender style, so turning the tone up increases gain and treble. Overdrive only really gets going when volume is in its final quarter, and pushing the tone above halfway gradually introduces a smooth breakup overlaid with a deliciously warm sizzle. 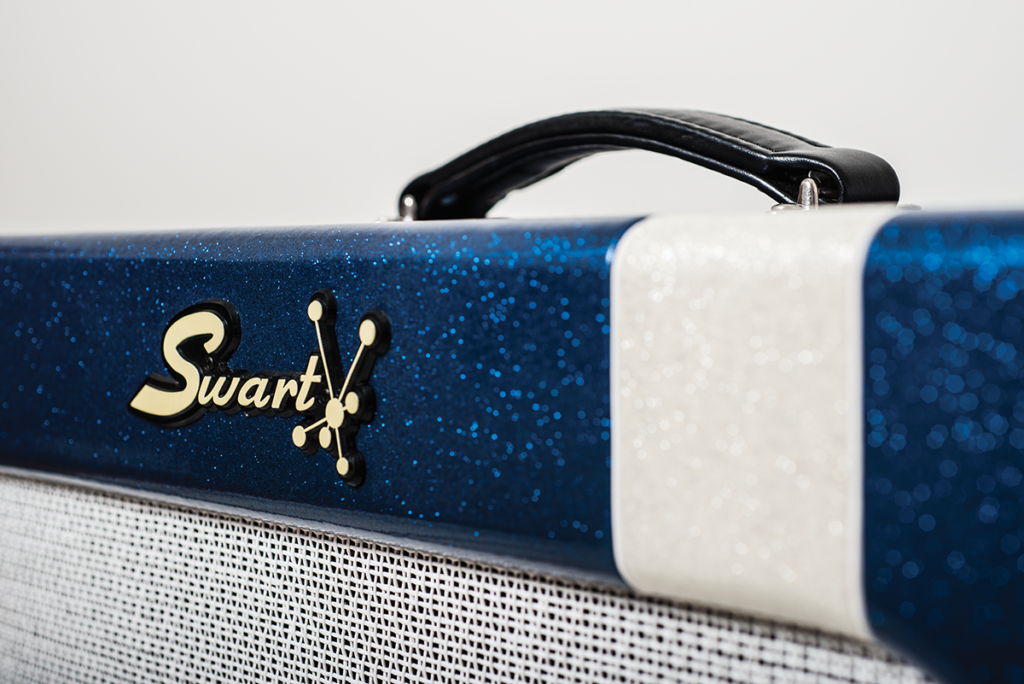 The middle setting opens up the treble range with a full frequency boost, and the third setting is louder again, with bit more upper midrange push.

The differences between these two modes diminish as the volume and tone are turned up, and then become more apparent once again near max out. Middle mode’s gentler mids provide a tad more clarity and a bit less compression, while the third mode actually gets slightly darker when at full strap.

Either way, these second two modes sound clear, airy and far more ‘American’ than the first mode. There are hints of tweed touch response and shimmery trebles, but the MOD 84 doesn’t veer into the ferocious, open-throated roar or the saggy bass confusion that characterises some 50s Fender designs. The MOD 84 is a more refined, subtle and smoother performer that’s also devoid of boxiness, thanks to the generous cabinet. 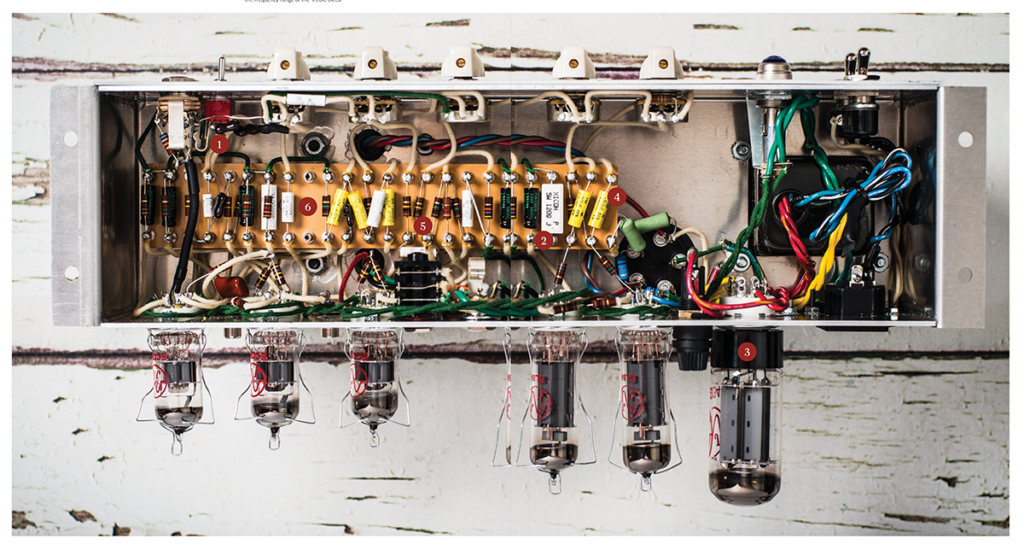 1: Papa’s Got A Brand New Bag
Swart’s three way EQ switch works on the same principle as a Fender ‘bright’ switch, but it places three different capacitance settings across the volume control to alter the frequency range of the ‘treble bleed’

2: My (Bias) Generation
This 120R resistor and the capacitor wired in parallel are the cathode-bias components for the EL84s

3: Down In The Tube Station At Midnight
The amp comes with a GZ34 rectifier but you can install a 5Y3 instead to get quicker break-up and a looser feel

4: Tin Solder
All the signal capacitors are Mallory 150M

6: Wade In The Water
The circuit board is a phenolic type that won’t absorb moisture and Swart uses turrets rather than eyelets

The Carr Skylark £1,949 is a 12-watt tweed-inspired combo with TMB tone controls and a built-in bypass-able attenuator, but no tremolo. The fixed-bias Rift PB16 £1,249 has reverb and tremolo, with 6V6 valves

King of the Mods

If you’re a rootsy sort of player, you might say that the MOD 84 comes pre-loaded with every effect worth having – reverb, tremolo and overdrive. What’s special about the MOD 84 is the way the reverb and tremolo gel with the dry guitar signal. For reasons that defy explanation, you can crank both right up without them ever becoming intrusive or swamping the guitar tone.

The reverb almost vanishes when you play fast flurries of notes, then if you chop a note or a chord short, you get a lush and thick reverb tail as it makes its presence felt. Roll back the tone control and you can hear the faint ‘drrrr’ of the springs vibrating. This is not a bright or particularly splashy reverb, but it’s the type you’ll want to turn up rather than down, because it’s so compelling. 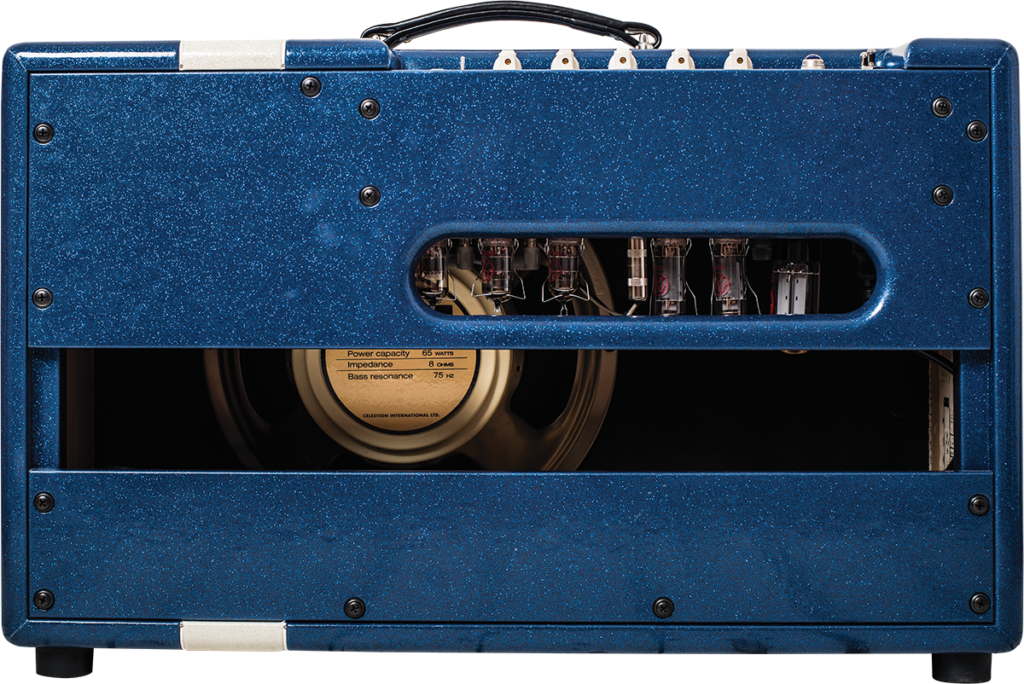 Rear view of the Swart MOD 84

Likewise, the tremolo manages to be strong without messing with the groove. It’s an easygoing, rocking-chair-on-the-front-porch sort of movement, rather than a choppy pulse. Combined with the reverb, it’s almost mesmeric and a sheer delight with clean fingerpicking, mellower Hendrix stuff and swampy grind alike. Since the tremolo comes after the reverb, high depth settings turn reverb tails into a sort of echo.

When pushed hard with humbuckers, I started to notice a slightly raspy, gritty quality to the overdrive. Maintaining the same settings, I activated an attenuator and the rasp vanished, so I’m fairly confident it’s a characteristic of the Celestion Creamback. It’s not unpleasant – some players will no doubt appreciate the sound – but it’s definitely something to consider when browsing Swart’s speaker options, as is the Creamback’s relatively tame 97dB sensitivity.

Although the MOD 84 can be made to speak with a slight British accent, its treble refinement, three dimensionality, extreme touch sensitivity and ‘hi-fi’ detail resolution are established Swart hallmarks. 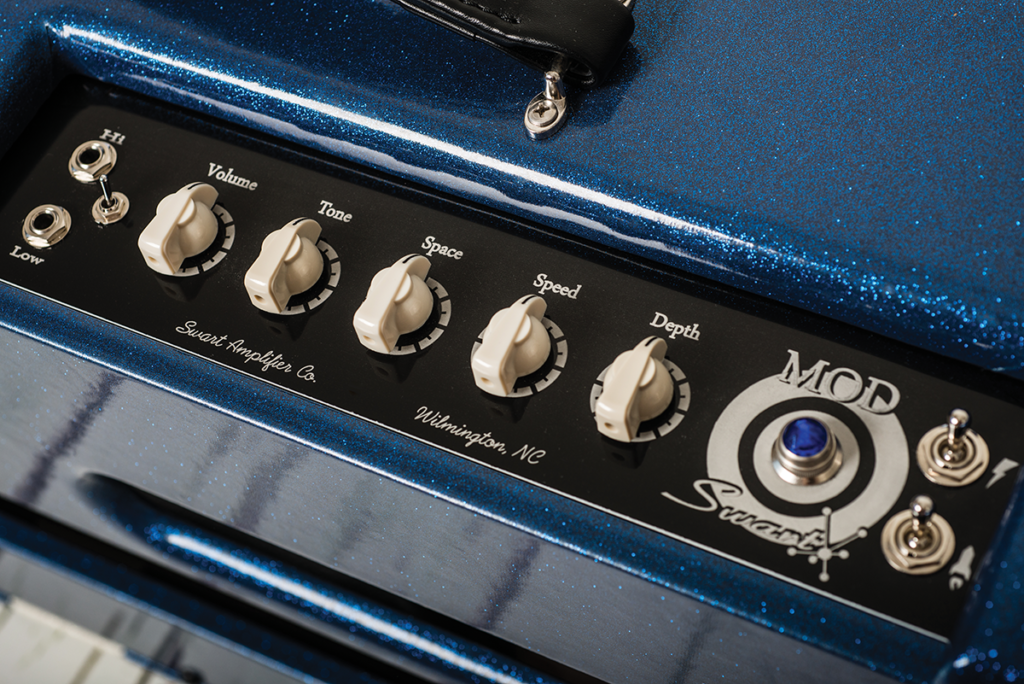 The controls are top-mounted, to enable front and rear access

It covers all bases – from jazzy and country cleans to bluesy honk and full-on powerchords, and generates enough sustain for soloing without pedals. Considering the quality of the design and construction and the use of top-notch components, the price is very competitive by US boutique standards. The flimsy voicing switch is the only thing preventing the MOD 84 from getting a perfect 10, because in all other respects, there are few amps out there that can match it for roots-based playing styles at any price. 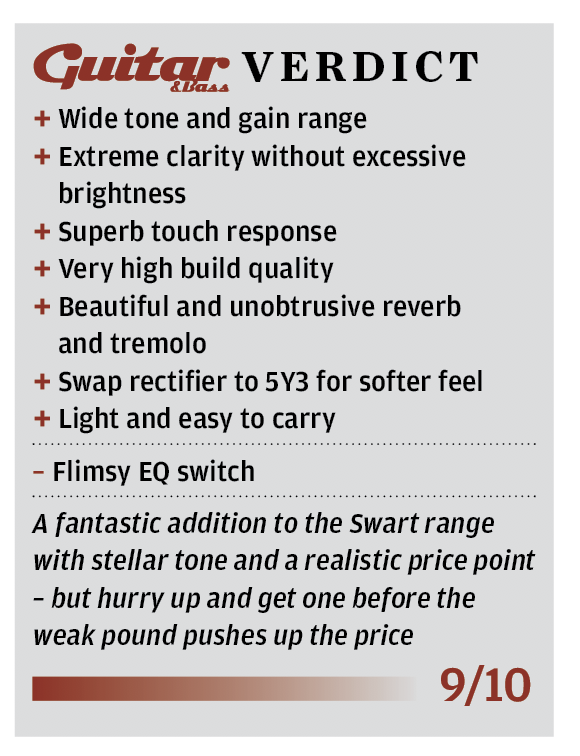