Not for the first time, Huw Price finds himself on a voyage of tone courtesy of North Carolina’s boutique amp guru Michael Swart. 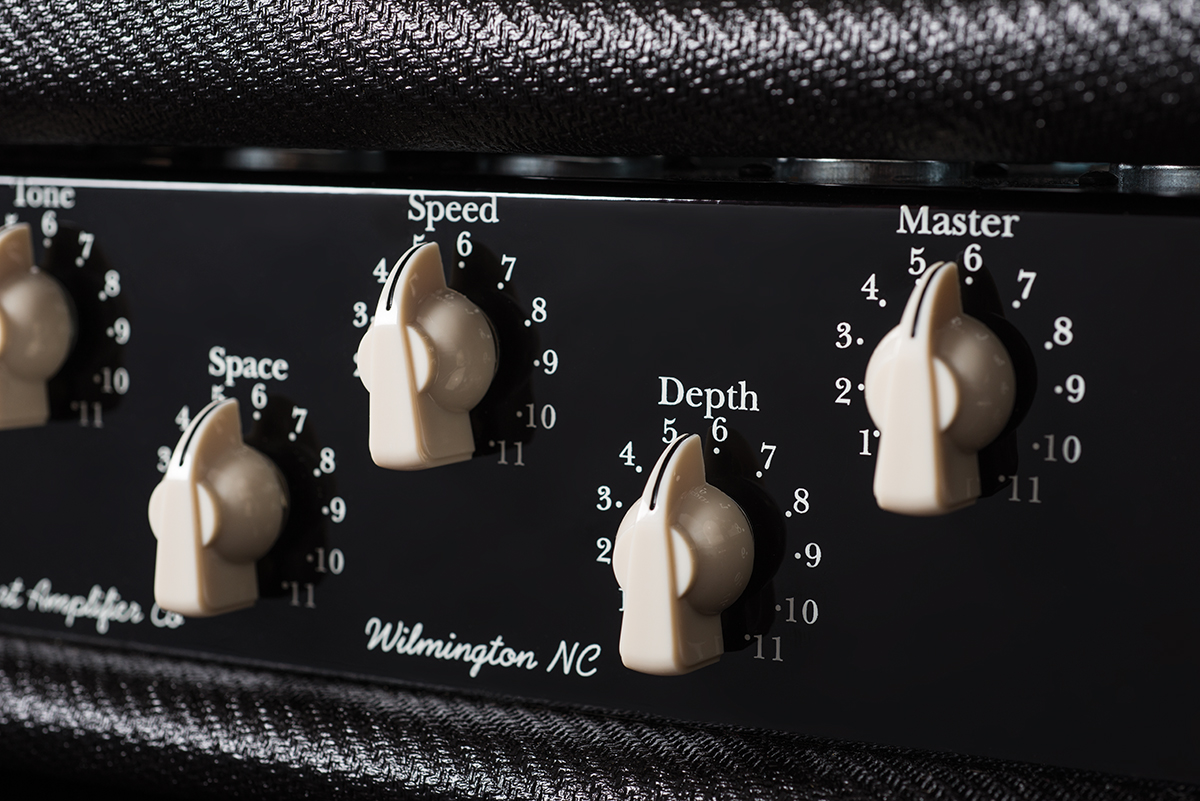 Many tweed amps finished the 1960s painted black. Although it may be sacrilegious to say it, they might have looked pretty good judging by the sprayed and hand-rubbed finish on Swart’s Super Space Tone 30 head and matching open-back cabinet loaded with two Celestion G12M-65 Creamback drivers.

Handwired in Swart’s usual point-to-point style, this valve-rectified 30-watter runs a quartet of cathode-biased 6V6s and features onboard reverb and tremolo. A three-way impedance switch enables the SST-30 to run into 4, 8 or 16 ohms and there’s a socket for an effects footswitch. There’s also a feature seldom seen in the boutique amp world – a master volume.

Swart Super Space Tone 30 in use

Master volume amps have acquired a bad rep amongst some members of the guitar community. Much of this stems from ill-conceived binary thinking that assumes power-valve distortion is good and preamp-valve distortion is bad.You get a taste of both even in the ‘purest’ of vintage amps. 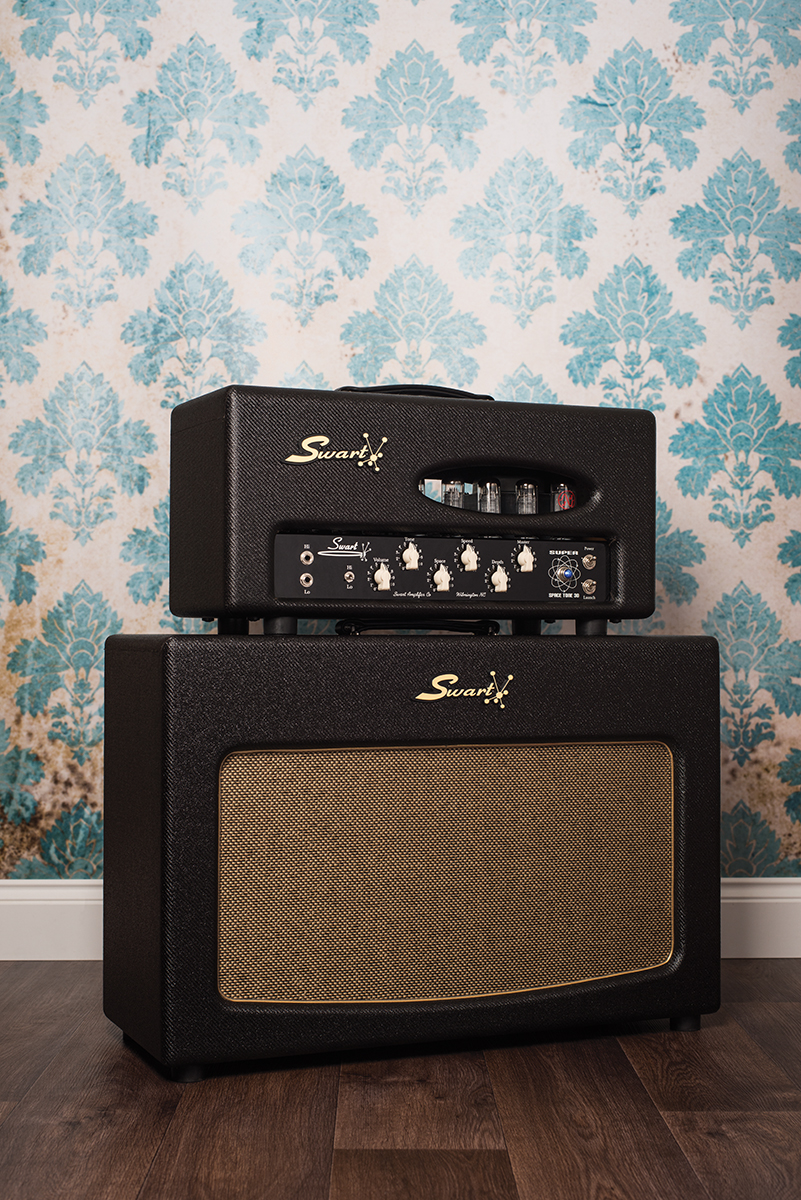 Tap into your tone with controls that all go to 11

Non-master classics generally have to be cranked up to hit the desired doses of overdrive and sustain, with the amp ending up painfully loud. Master volumes were initially devised to allow players to get their preamp valves into the right zone, while controlling the overall level.

You could argue there were some tonal compromises involved, but for those not fixated with maximum gain at minimum volume, a well-implemented master volume in a medium-power amp can open up tonal possibilities. That’s where this Swart head slots right in. It may help to break things down and take a closer look at the controls. Setting the tremolo and reverb effects aside for the moment, because neither are actually in the direct signal path, you’re left with volume, tone and master. If you turn the master up to 11, it’s effectively out of circuit – which leaves us with volume and tone. 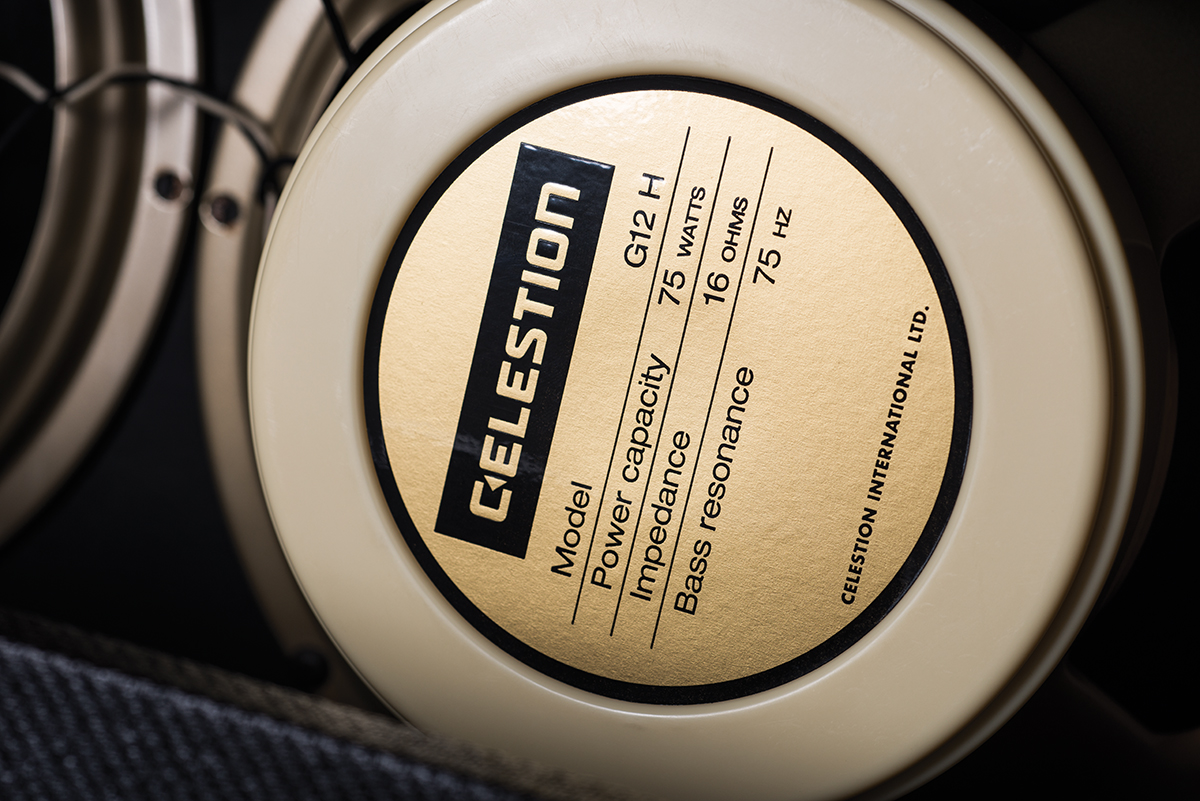 A Celestion G12H Creamback is the stock speaker, but Celestion Cream and Gold Alnicos are available to order

Even so, volume, tone and master interact to provide a surprisingly wide range of clean and driven sounds, various tones of overdrive and transparent level control. Then there’s the versatile input arrangement. While some of us – this reviewer included – are sometimes guilty of overlooking low-level inputs, you’d be missing a trick with this amp. Its lo input can be used to extend clean headroom without things getting dull or lifeless. The hi/lo switch also operates on both inputs and, although subtle, we find the lo input switched to hi is a tad more chimy and open than the chewier and thicker sound of the lo-switched hi input. 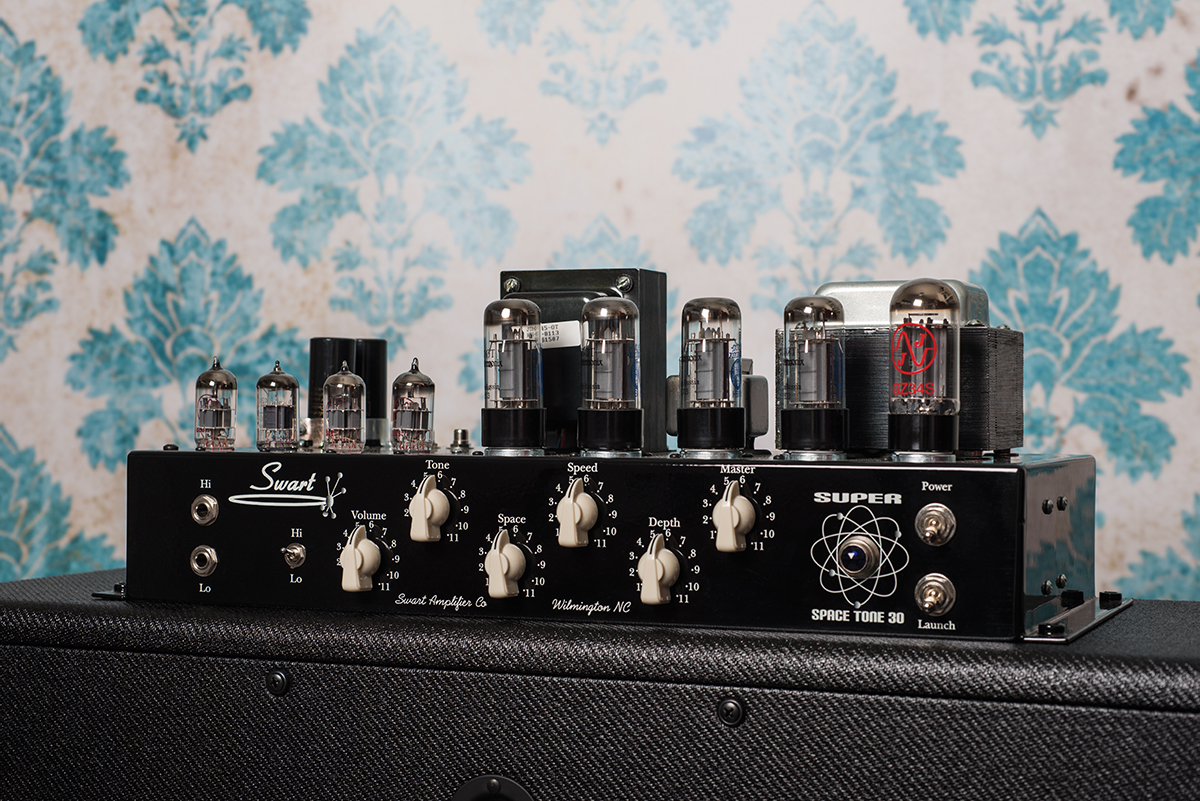 Obviously, the starting point for clean tones is lo/lo with the master fully up, and with Strat pickups things stay clean until the volume reaches around 8 or 9. We use ‘clean’ in a qualified way because the SST-30 is clean in a Voxy rather than Fender-like manner. This means the tone is bolstered by harmonic overtones without being overtly overdriven.

Although the treble response is sweetly extended, the SST-30 doesn’t have the inherent mid scoop of a blackface or silverface-style circuit. The reverb gels superbly, almost like a classic studio effect, and whether you dial in robust and full jazz tones or cutting blues and funk, the SST-30 retains a full-bodied sonic quality that will enhance any guitar you plug in. 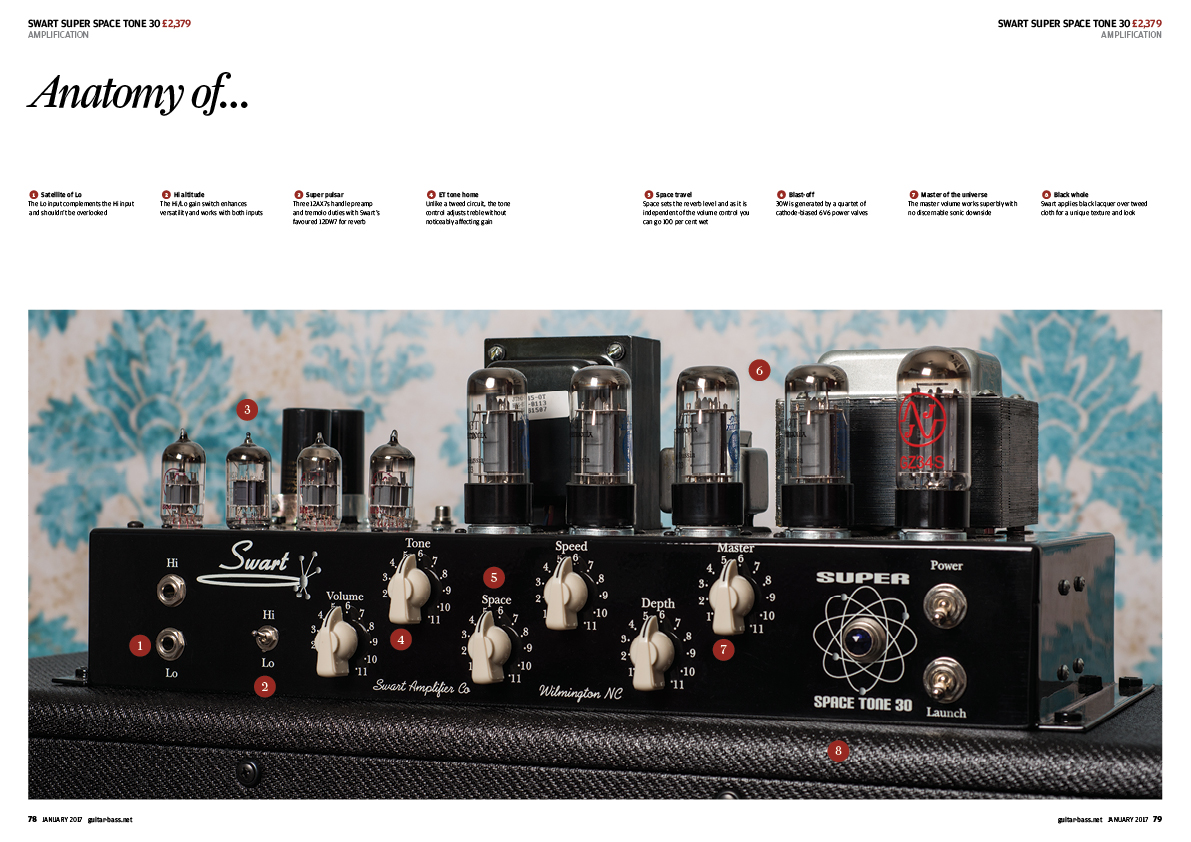 Switch to hi and the overdrive threshold drops to around five with single coils. The overdrive begins as increased throatiness in the low mids and soon develops into a full-frequency roar that’s overlaid with harmonic sparkle. The SST-30 compresses beautifully and you’ll also notice how a hard attack pushes the mids, while a lighter attack maintains sheen through the treble. 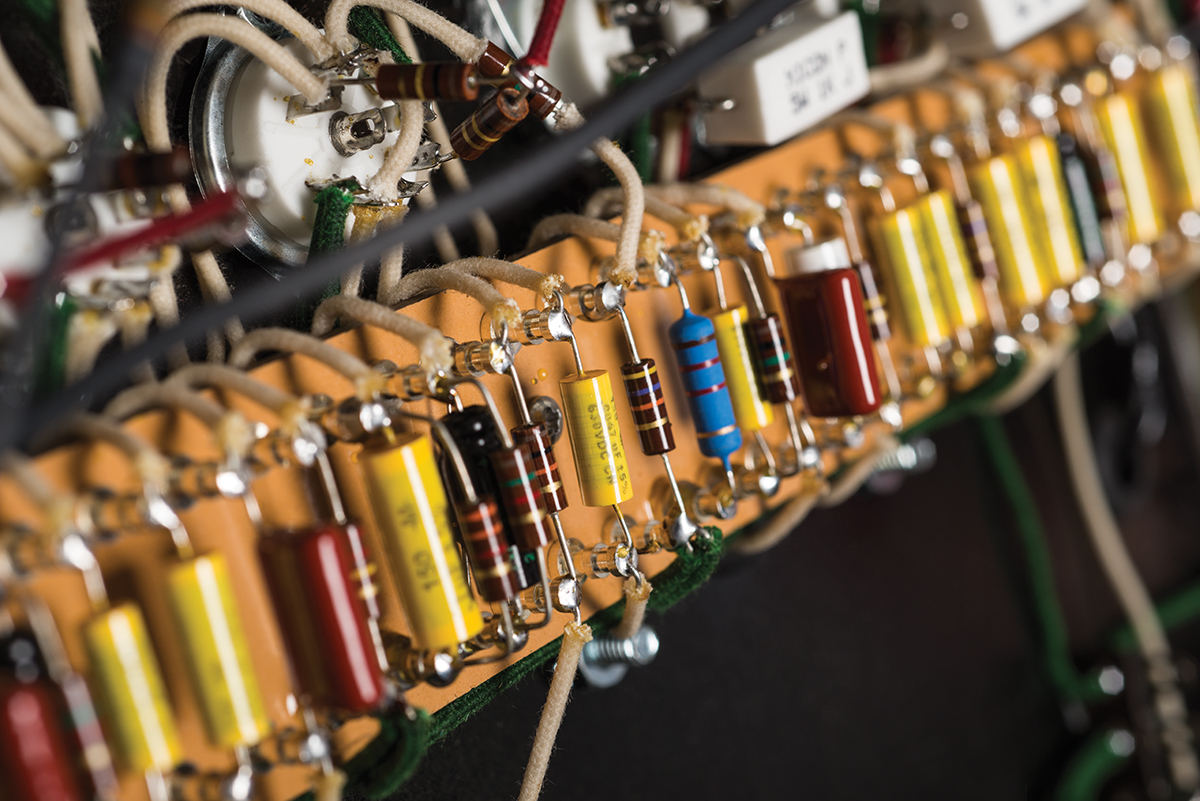 With the volume and tone maxed out, the SST-30 gets very overdriven, but it’s more refined and less fierce than, for example, a late-50s tweed Deluxe or Super-type circuit. It’s also fuller than Fender’s 60s designs and airier than the ‘forced’ treble of a top-boosted Vox circuit.

Switching to hi/hi mode is a thrilling experience. You can still adjust frequency response through playing dynamics, but there’s loads more overdrive and compression. With humbuckers, the SST-30 sets off an avalanche of harmonics with tenacious sustain and crisp pick attack. The master control is an intriguing feature. There’s no loss of tone, or any sense that the output valves are contributing less to the overall sound. In a sense, it sounds more like power scaling, but without the grittiness or uneven decay that often accompanies that approach. 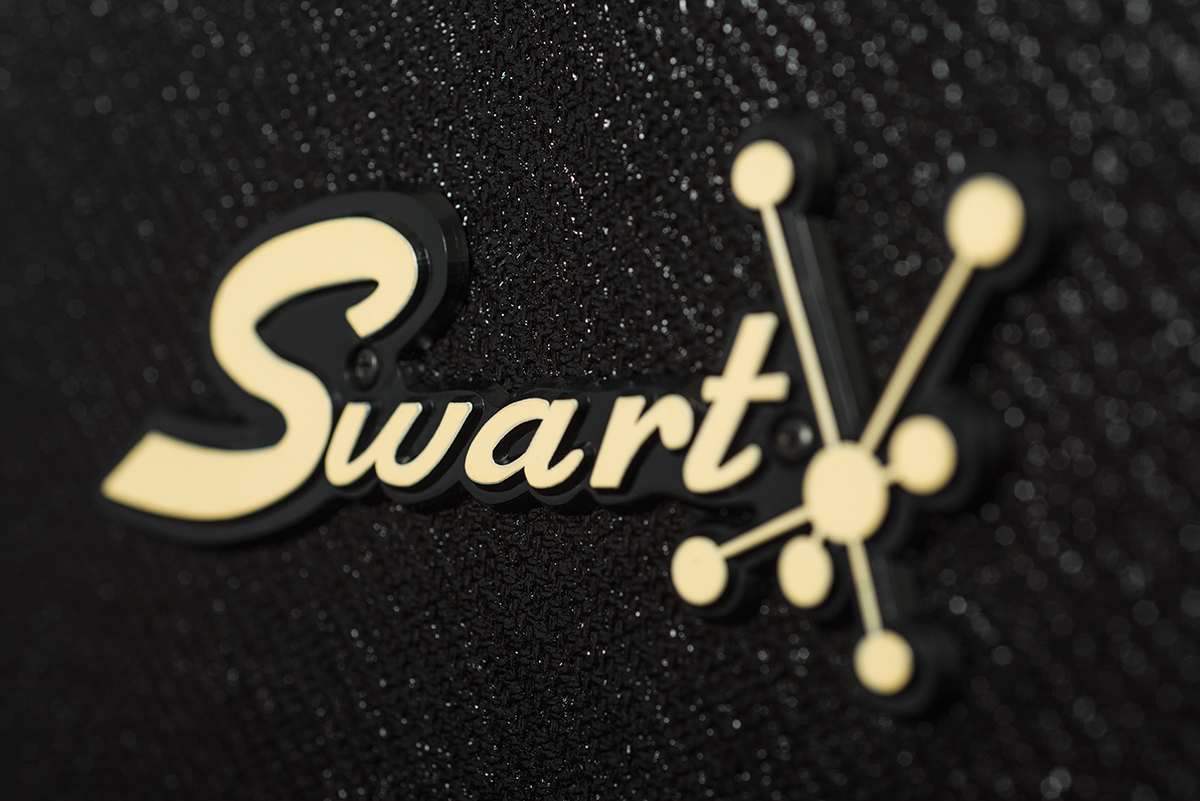 However, you may notice more subtle changes as the SST-30’s natural compression becomes more pronounced. Setting the volume high and master low, there is a front-end squish followed by a slight swell in volume that’s very conducive to soloing. Those with keen ears will also discover how high volume and low master settings loosen up the lows and fatten up the low mids. To tighten the bass and open up the low mids, you can back off the volume slightly and turn up the master to compensate.

The onboard effects are up to Swart’s habitually high standards. The tremolo produces a heartbreaking throb that increases the overdrive very slightly at high depth settings, and the speed range is judged perfectly. The reverb gels superbly with the dry tone, and as it operates independently of the volume control, you can get a wet-only signal. 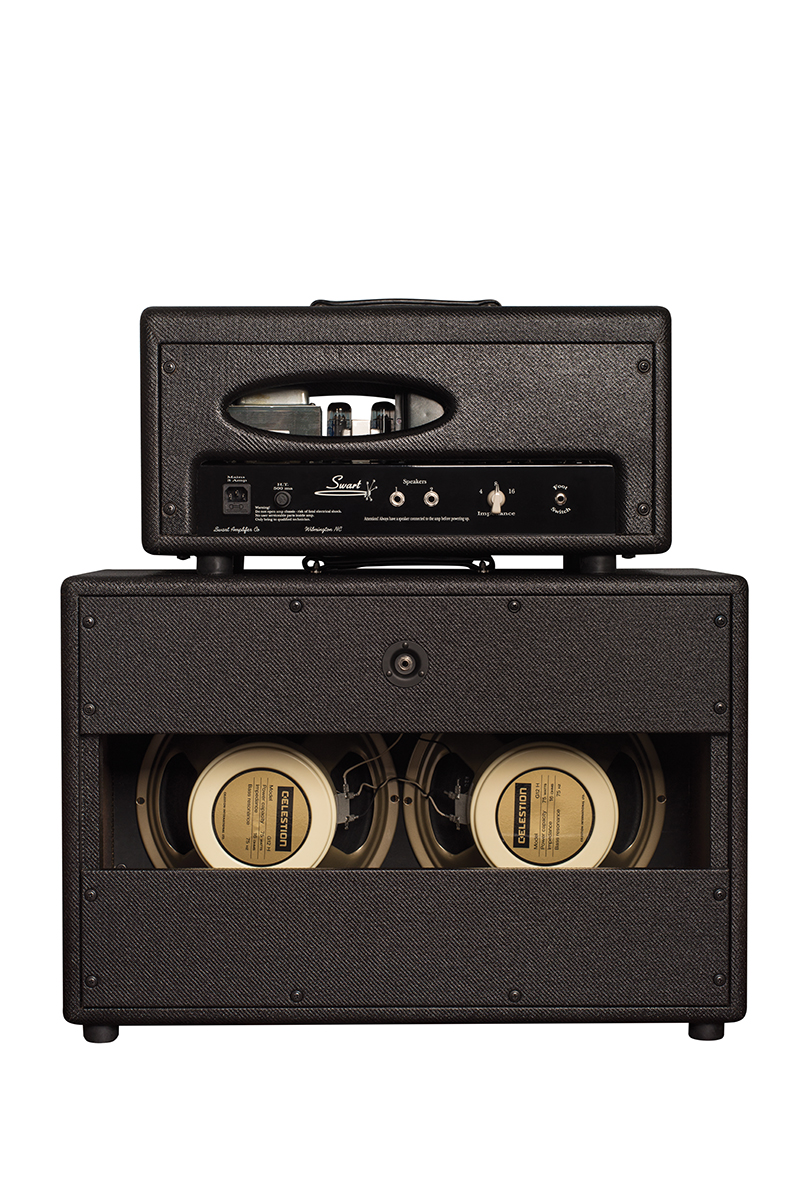 To achieve the best results, you have to think of balancing the wet and dry signals rather than merely adding reverb to the dry sound. With the tremolo coming after the reverb, you can max out the reverb and add just a touch of dry signal for definition to get the spookiest atmospherics.

Don’t be deceived by the apparently simple controls, because the SST-30 is by far the most versatile Swart we have tried. The complex and endlessly intriguing harmonics that we have come to expect from Swart are all there, but the vast gain range and outstanding master feature make this a rare example of a modern boutique amp that really can do it all. 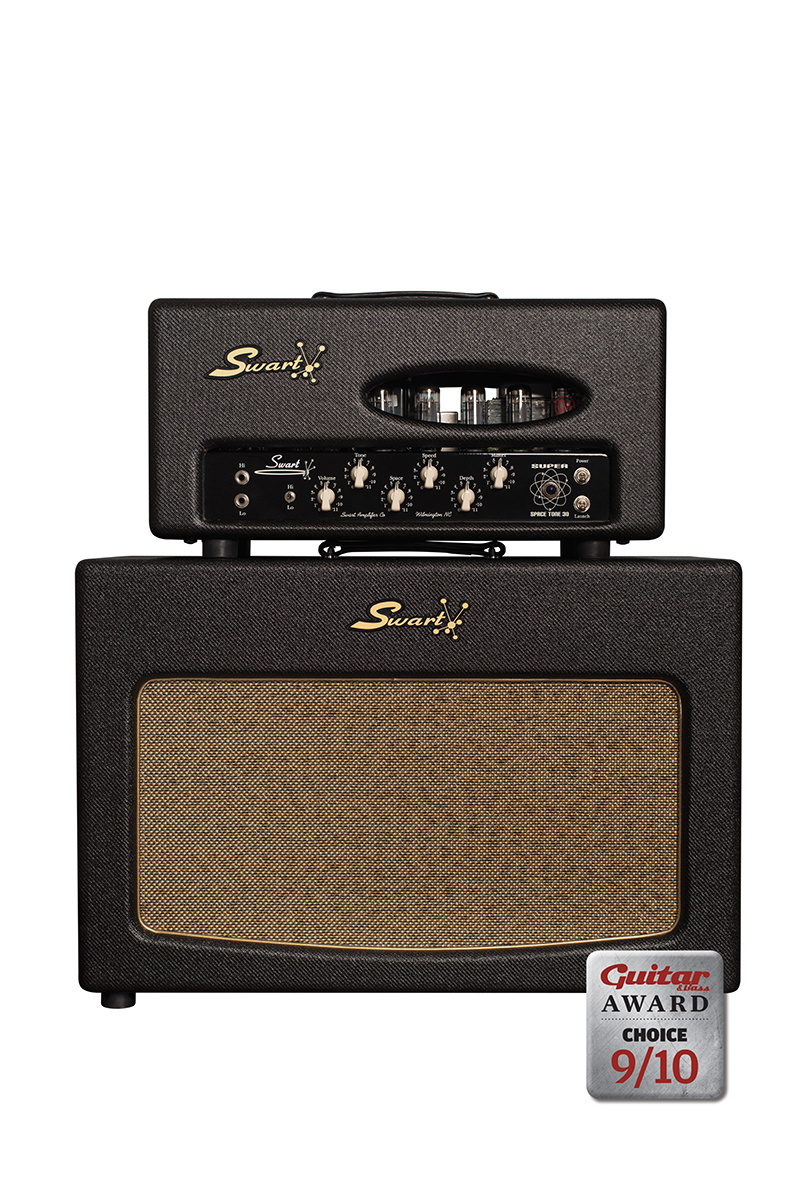