As Lanterns On The Lake gear up for their UK tour, Paul Gregory auditions two candidates to be his new live amp. Which one will win? 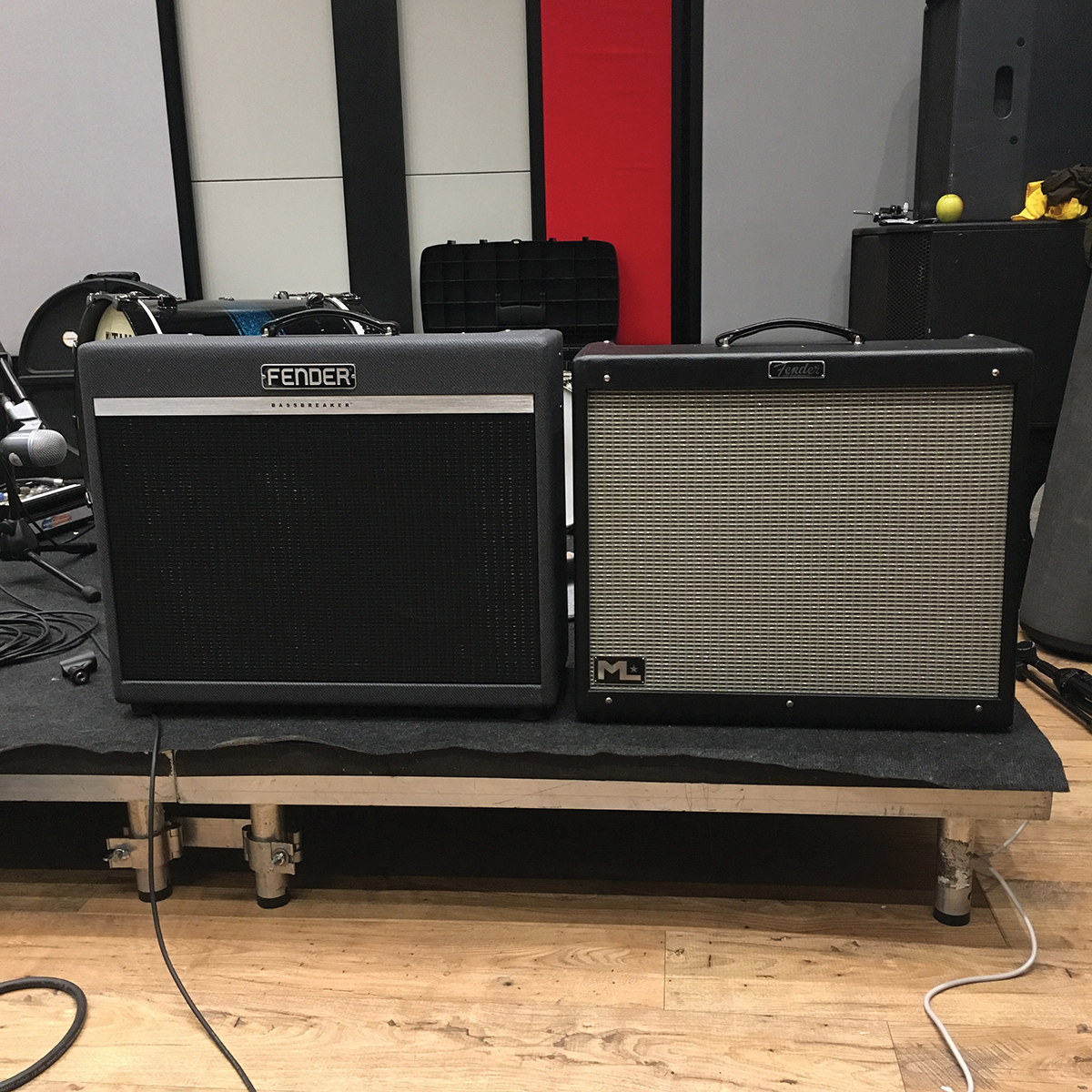 It’s fair to say that 2016 was an odd year. At some point, we appeared to shift into a parallel universe where everything was the same… except everything was just a little bit different, different enough to actually notice.

Theories even began to surface which suggested that we may all actually be living in a computer simulation – no, really. This is a ridiculous idea, of course. However, as I sat in the band’s rehearsal room, my guitar was plugged into an amp that says ‘Fender’ on the front of it, yet is unlike any Fender amp I’ve ever come across. It says ‘Fender’ in the manual. It looks sort of like a Fender. It’s definitely a Fender, yet… nope, it doesn’t make sense.

I’m talking about the new Fender Bassbreaker 18/30, which I have the utmost pleasure of road testing on our UK tour. My usual amp is a Vox AC30. However, more often than not, when we play live the Vox gets replaced by my Blues Junior – the Fender tone seems to fit better with the other electric guitar in the band, courtesy of multi-instrumentalist and vocalist Hazel (Fender Classic Series ’50s Telecaster, Vox AC15). 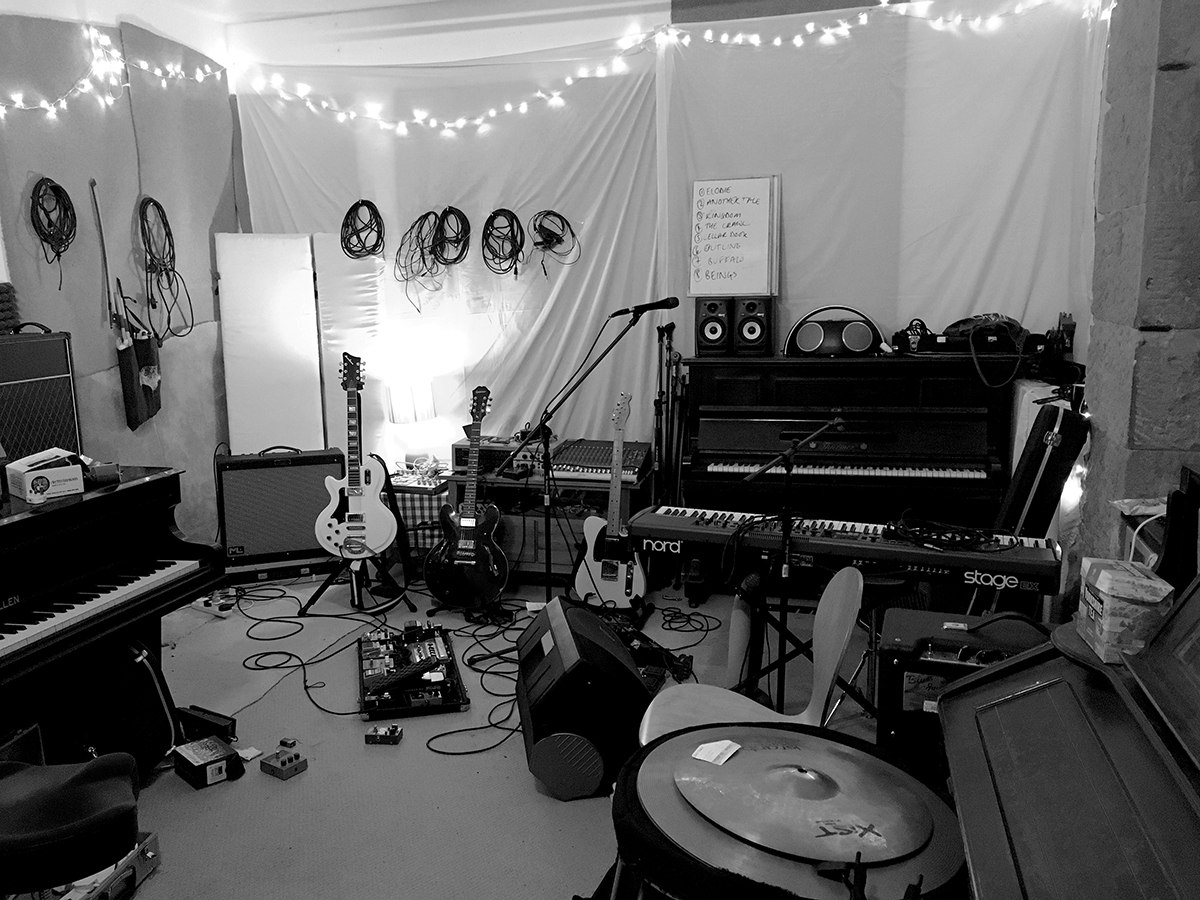 The only drawback is that the Blues Junior can get a little lost, volume-wise. So of late I’ve been contemplating selling the Vox and looking at one of the larger Fender offerings… I’ve even considered running two Blues Juniors simultaneously.

I’ve perhaps got myself over-excited about the Bassbreaker, so I should mention the other amp I’ve been sent to try out by Fender (yes there are two – hurrah!), the newest addition to the much-loved Hot Rod series, the Michael Landau DeVille.

With Lanterns On The Lake about to head out on tour, I put these two amps through their paces in rehearsals, with the intention of picking the one that suited me best to take on tour. It wasn’t exactly a direct comparison or shoot-out between the two, although there could be only one winner. Both come recommended as excellent pedal platforms, which is very important for what I do in the band. I’ve always used clean amps with a high headroom, and all my sounds come from my pedals.

At rehearsals, we normally play a set multiple times, so I decided to play the first round with the Bassbreaker and switch to the DeVille ML for the second round. 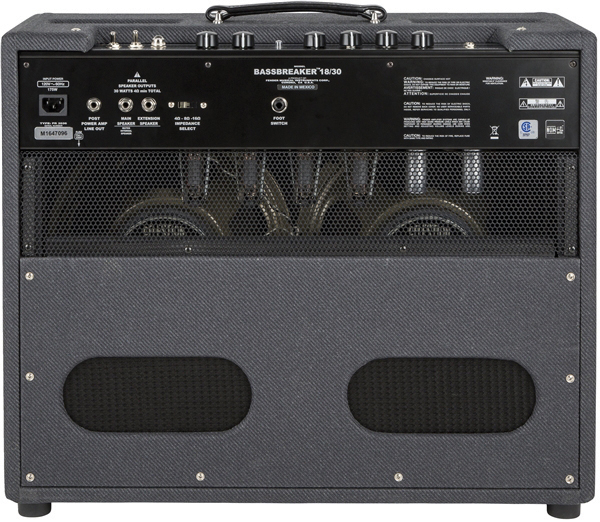 On plugging in, it becomes immediately apparent that this is not your common or garden Fender.Fender says this amp is what we could have expected if in the 1960s it had focused on rock players rather than country and jazz guitarists. Fitted with EL84s, channel one definitely has the flavour of British amps, yet still retains something ultimately ‘Fender’ about it.

It’s difficult to describe. I’ve been playing a Vox AC30 on and off for the last five years or so, and I’ve been fortunate enough to play many different amps on stage and during recording. I’m quite familiar with all the ‘usual suspects’, yet pinpointing the sound of the Bassbreaker initially escaped me.

As you play, the amp brings out tonal familiarities that at certain points absolutely display Marshall qualities; and then, two notes later, you could close your eyes and swear you’re playing a Vox – yet at the same time, it’s most definitely a Fender. Confusing. Channel 2 gives a rather darker-sounding result, with only a volume and a single tone control.

I definitely preferred the tone of channel 1, and stuck to it. It was bright, but with a lot of bottom end. The mids have that cutting edge, like a Vox, but the ability to control them with the mids knob is great (I always wished my AC30 had a mid control).

The Bassbreaker takes pedals like a boss, and it sounded great for the most part, although the top end at times felt a little harsh with my guitars, especially when I played really hard. However, I do prefer less top-heavy amps, so this is perhaps down to my personal taste. 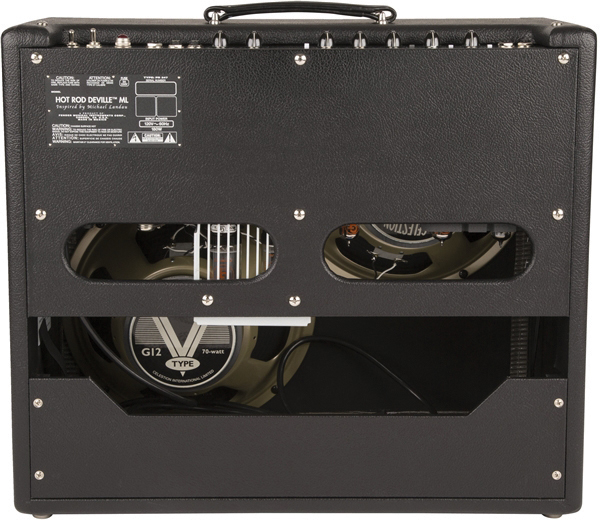 I must be honest, I was a little worried about trying this one. I know the Hot Rod series really well – my main gigging amp for the first part of Lanterns On The Lake’s life was a Hot Rod Deluxe II; I still own a Blues Junior (with a Cannabis Rex speaker) and I absolutely love it.

However, the one amp in the Hot Rod series I’ve never bonded with is the DeVille. Tone is, of course, entirely subjective, but to me it always just felt a little harsh – the top end sometimes sounded as cutting as a razor blade. I love fuzz pedals, but whenever I tried them with a DeVille I felt like I was fighting with it.

This new version of the DeVille has had a few tweaks. Firstly, there is no drive channel, just two clean channels – and they are identical.

I have no use for a drive channel, so that’s perfect for me. The first thing I noticed is that the sound of the amp is nothing like I remembered the DeVille being. This thing is the polar opposite of harsh; the top end is warm and buttery, the mids are soft and the low end is unbelievable – massive but never boomy.

The Celestion V-Type speakers inside are absolutely the right choice by Fender. As far as taking pedals goes, I’ve never come across anything quite like it before – particularly with reverbs and delays. I’m not going to pretend to fully understand the complexities of amp design, but playing with such effects into the DeVille translates into such a 3D depth that you can almost climb into the sound and swim about.

Reverb trails decay with such definition, it breathes new life into pedals I’ve known for many years. It loves the gainy stuff, too – Rats, Big Muffs, Tube Screamers, a Boss OD-3, Fuzz Faces, a Fulltone ’69 MkII, a Way Huge Green Rhino, boost pedals… I chucked a whole bunch of drive pedals at it and all of them sounded wonderful – big and tight and perfectly rounded. 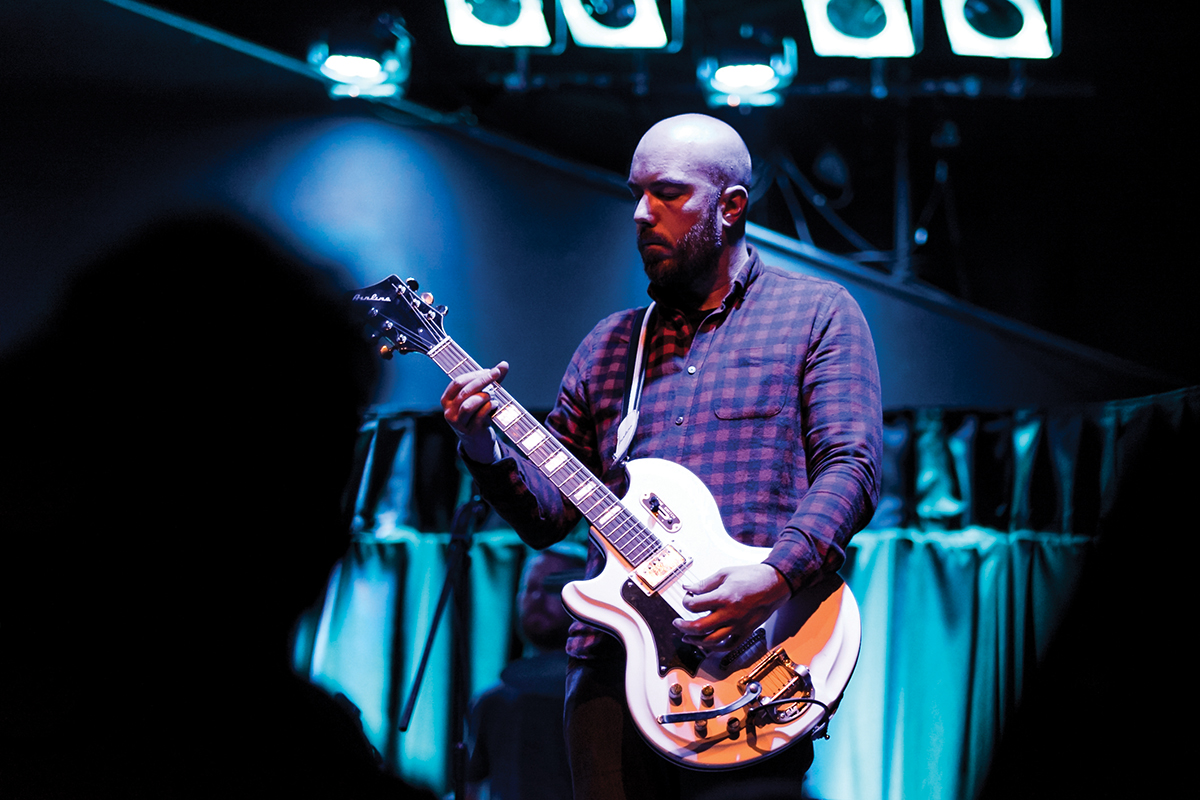 So, which amp gets the nod? Well, the Bassbreaker is really punchy-sounding, and I’d highly recommend it to anyone who wants something different from the pack. Being Fender amps, they are both incredibly loud – Fender makes loud amps, that’s what it does. The Bassbreaker gave me similar sounds to my AC30 in an A/B test, but with more control of the mids and that unmistakable Fender thwack. It’s definitely a Fender, but the qualities of British amps from Marshall and Vox chime away, too.

However, the amp that I found consistently the most pleasing to my ears was the DeVille. The clean sounds on this thing are just beautiful, and the way it takes pedals is simply outstanding. To be honest, if Fender had sent me only the Bassbreaker, I’d have merrily taken that one, but the DeVille ML really has something magical going on.

Once, on tour in the USA, I was fortunate enough to play a very old, barely recognisable, battered-looking Fender Super Reverb. I was convinced it was going to electrocute me; however, that amp was without doubt the most amazing guitar amp I’ve ever played through, and I can still remember the clean tone as clear as a bell. This DeVille isn’t a vintage Super Reverb. However, it most definitely has that elusive thing I’ve experienced only at the really top end of Fender amplifiers – so it’s the one for me.

The tour got underway with a gig at Bristol’s Colston Hall – I’m writing this in the van as we head to London, and we have dates in Leicester, Norwich, Cambridge, Oxford, York, Edinburgh, Kendal and Newcastle. Next time, I’ll be reporting on how the DeVille has fared on the road.