The prolific songwriter, Jazzmaster enthusiast and uncompromising innovator returns with a new solo album recorded in three separate sessions across the globe. Does it work as a coherent whole?

Half a century into a career of angry, eloquent and frequently challenging expression, is there any chance that Hey Clockface represents Elvis Costello easing into his creative dotage? Nope. It’s a complex, multifaceted album that spits venomously and ruminates weightily, all the while defying easy categorisation.

Last time out, on 2018’s Look Now, the famous Jazzmaster-toting Rock and Roll Hall of Famer collaborated with Burt Bacharach and Carole King on a wholly engaging batch of classic songwriting, and again there are notable guests on the follow-up. It’s ostensibly three records spliced into one, partly due to the constraints of Covid and partly because, well, why the heck not? By this stage in his career – as if it were ever different – Elvis Costello is doing whatever he damn well pleases.

Nine of the songs on Hey Clockface were recorded in a two-day session in Paris with a full band that included an ensemble of French musicians dubbed Le Quintette Saint Germain, who played largely spontaneously. There are also entries from a solo session in Helsinki and remote recordings in New York, on which Costello is backed by the avant-garde contributions of guitarists Nels Cline and Bill Frisell. You’d be forgiven for thinking that all sounds as if it would make for an eyebrow-raising, disjointed listen, and you’d be partly right.

Spoken word opener Revolution #49, from those Paris sessions, begins with alluring Arabic horns. Costello intones gravely, “The land was white, the wind a dagger, Life beats a poor man to his grave”, before repeating the mantra “Love is the one thing we can save”. It’s a sobering start.

The first track from the solo sessions, No Flag, ignites in entirely contrasting fashion, the most prominent guitar moment on an album where the instrument is used largely as a refined, decorative tool. Over a stuttering distorted riff and processed beats Costello rages in rasping timbre, “I’ve got no religion, I’ve got no philosophy, I’ve got a head full of ideas and words that don’t seem to belong to me”. It’s enlivening to hear him so indignant and direct.

They’re Not Laughing At Me Now is of a different shade again, this time more conventional, an assembly of gently played acoustic guitar, mournful piano chords and Costello’s lilting tones. Lyrically it’s defiant and scornful, yet musically restoratively beautiful. 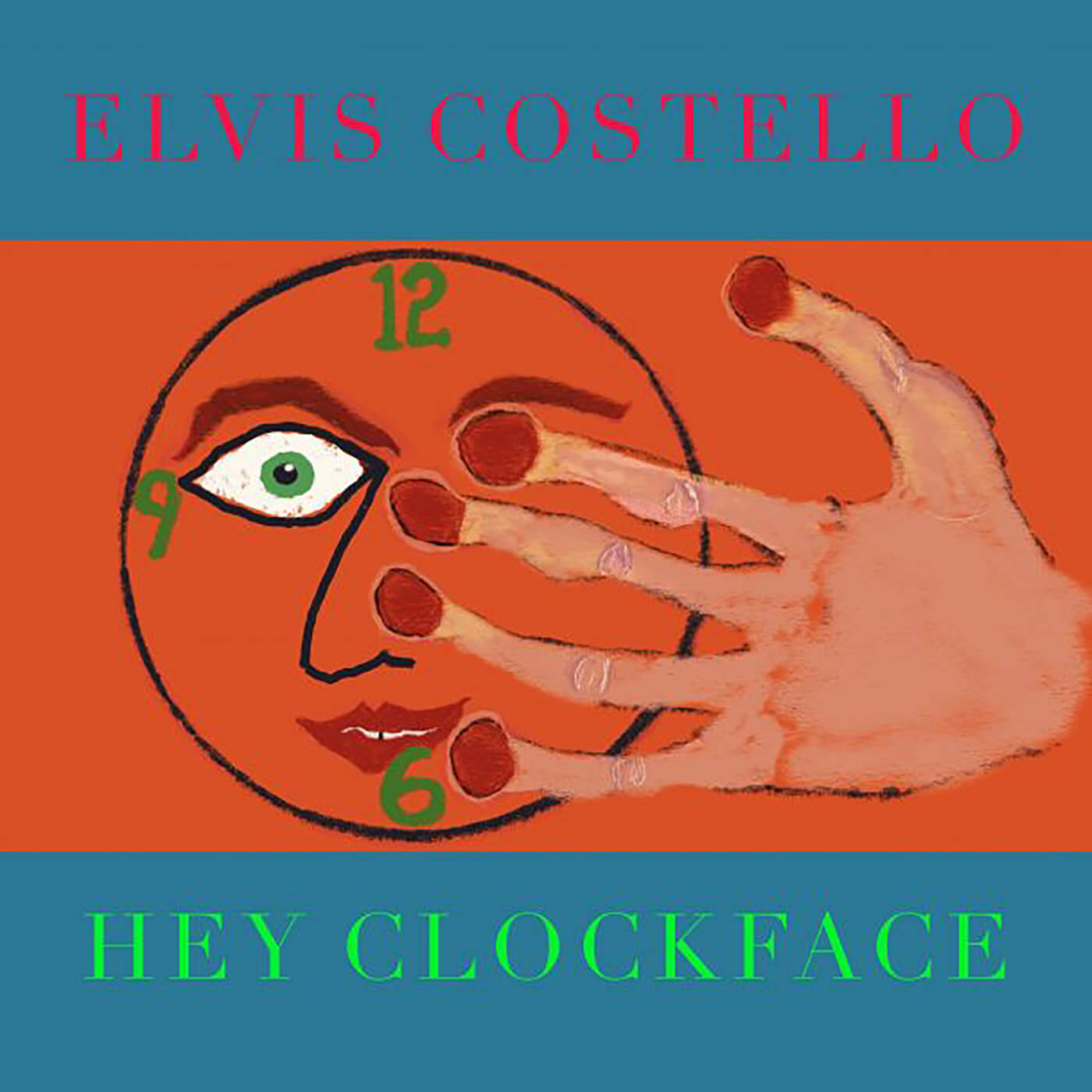 The two songs recorded in New York, with Cline and Frisell in the room while Costello added vocals from his Vancouver home, are at the experimental end of the record’s spectrum. Newspaper Pane is anchored by a steady hip-hop beat, muted guitar playing nudged to the background behind prominent, parping horns as Costello reflects on the senselessness of lives lost in war. The latter is another poetic spoken word monologue, flecked with shards of reverse guitar and doleful sax, the narrator paraphrasing George Orwell when he depicts the “soul of a jackboot in a broken brace, poised above a human face, forever and ever”.

That pensive, reflective air hangs over the majority of the record, and Costello wears it well, I Do (Zula’s Song) and The Whirlwind are deeply stirring ballads, the latter finding Costello sounding briefly reminiscent of Blackstar-era David Bowie.

He departs once more, on the title track from the Paris sessions, into jaunty jazz ensemble territory. It’s a cautionary tale that time is an adversary you cannot win a fight with. Hetty O’Hara Confidential is no less arresting, a beatbox rhythm and resonating synths the foundation for Costello to unleash a string of rhymes referencing an ominous shadowy character with a “morphine tattoo, an unquestionable thirst”.

Having completed a whistle-stop stylistic expedition that just about manages to feel like a coherent whole, the final two tracks are exquisitely lovely, examples of songcraft sharpened over 50 years. I Can’t Say Her Name, strummed initially soporifically then in more sprightly fashion on an acoustic, accompanied by spiralling reeds, is an understated gem. The closing Byline is even more affecting, a wistful set of recollections adorned with ghostly harmonies and sombre cello. At its death, a former lover concludes “I was never his, he was always mine, but I wrote him off byline, byline”. It’s a desperately sad ending, but this is a record we should celebrate as a vivid snapshot of an artist with one eye on the clock, devoting every second of his time to continued evolution.