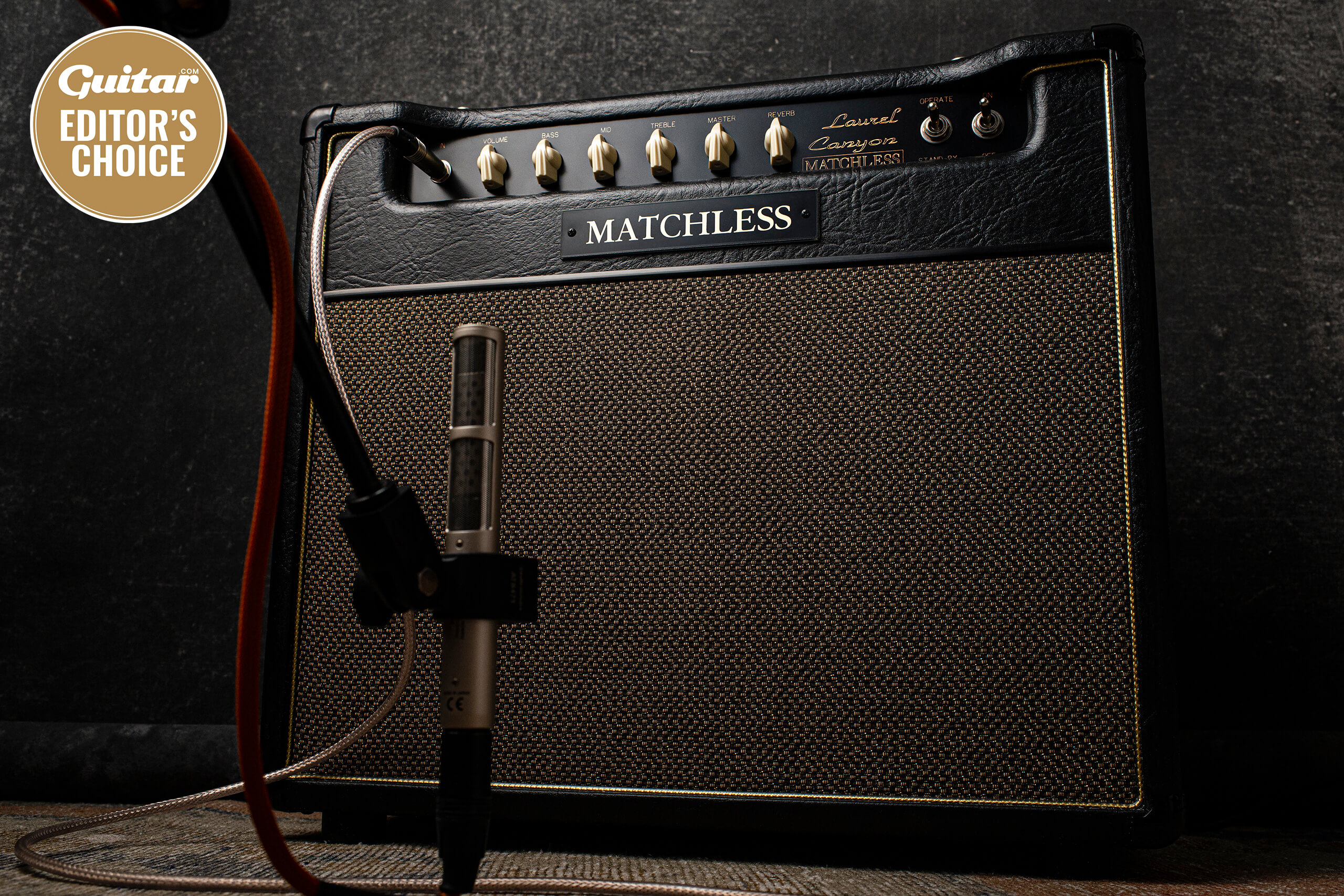 The king of British-inspired boutique amplifiers debuts its first 6V6 circuit, and it’s every bit as good as you’d expect.

When Matchless Amplifiers launched in 1989, the company caused a sensation and lit the blue touch paper under the boutique amplifier scene. Though the original Matchless models were built around EL84 and EL34 power valves and influenced by classic British designs, the new Laurel Canyon has been inspired by sounds and circuit designs that are much closer to home for the Californian amp company.

“It’s our very first 6V6 amp,” Matchless chief operating officer Phil Jamison told Dave Hunter earlier this year. “I’ve done a 20-watt version with two 6V6s, and I just built our first 40-watt with four of them. It’s kind of a spin-off on what we’re famous for, but it’s got a midrange control instead of it being fixed.

“I’ve changed quite a bit of the circuit for a specific sound that I was going for, kind of that crash-and-burn ’66 thing. Nails the old Neil Young stuff, Rolling Stones. I was really going for the whole essence of the Laurel Canyon sound, of players back in the late 60s and 70s who were in that scene.

“It’s kind of a spin-off on what we’re famous for, but it’s got a midrange control instead of it being fixed”

“Right now it’s one of my favourite amps. I think it’s just because it’s something different. It’s such a departure from that EL84 sound, and it doesn’t sound like [an EL34-based] Clubman or a Chieftain either, it’s just got its own thing.”

Our review amp comes in compact and extremely sturdy 1×12 combo configuration with an effects loop and onboard footswitchable spring reverb with a two-spring tank and a pair of 12AX7s for drive and recovery.

The circuit may be a departure in some respects, but elsewhere the Laurel Canyon is every inch a Matchless, with stellar point-to-point wiring, a steel chassis, a heavy Baltic birch plywood cabinet and a custom-voiced UK-made Celestion Heritage G12H30. The moody black and gold cosmetics here are extremely classy, but buyers can spec their preferred combination of cabinet covering, faceplate and grille cloth.

Matchless’ trademark light show comes for free, with the logo illuminating when you flick the power switch and the control panel lighting up when the Laurel Canyon is taken out of standby mode. Aside from looking fantastic, you’ll also have no problem finding pedals or cables stashed inside the cabinet on a dimly lit stage or dingy rehearsal space.

It takes considerable skill and technical nous to make valve amps run as quietly as this one does, and the noise floor is remarkably low, even with the reverb control turned all the way up. Meanwhile, it quickly becomes clear that the key to unlocking the Laurel Canyon’s tonal range is approaching the equalisation controls with your ears rather than your eyes.

The controls have such a powerful effect, your default settings might not produce the anticipated results. The EQ is also interactive, and the mid control’s centre frequency is higher than might be expected.

In practice, this means you can actually turn the treble down fully and still dial in more than enough brightness using the middle control. The interesting bit is the way overdrive increases along with the added midrange, much like the way in which winding up the tone control adds gain on a tweed Deluxe.

“Turn the middle control down and raise the treble, and it’s far closer to a fat black-panel Fender tone”

In contrast, the treble control provides brightness without adding gain. Turn the middle control down and raise the treble, and it’s far closer to a fat black-panel Fender tone – especially with the bass knob providing a touch of boost.

The Laurel Canyon is capable of generating a lot of low frequency power, but it retains an impressive amount of focus and punch.  The overdrive, meanwhile, almost sneaks up on you because the onset is so gradual and it sounds so natural. This gives you ample control over gain structure and helps the Laurel Canyon interface with all manner of pickups. 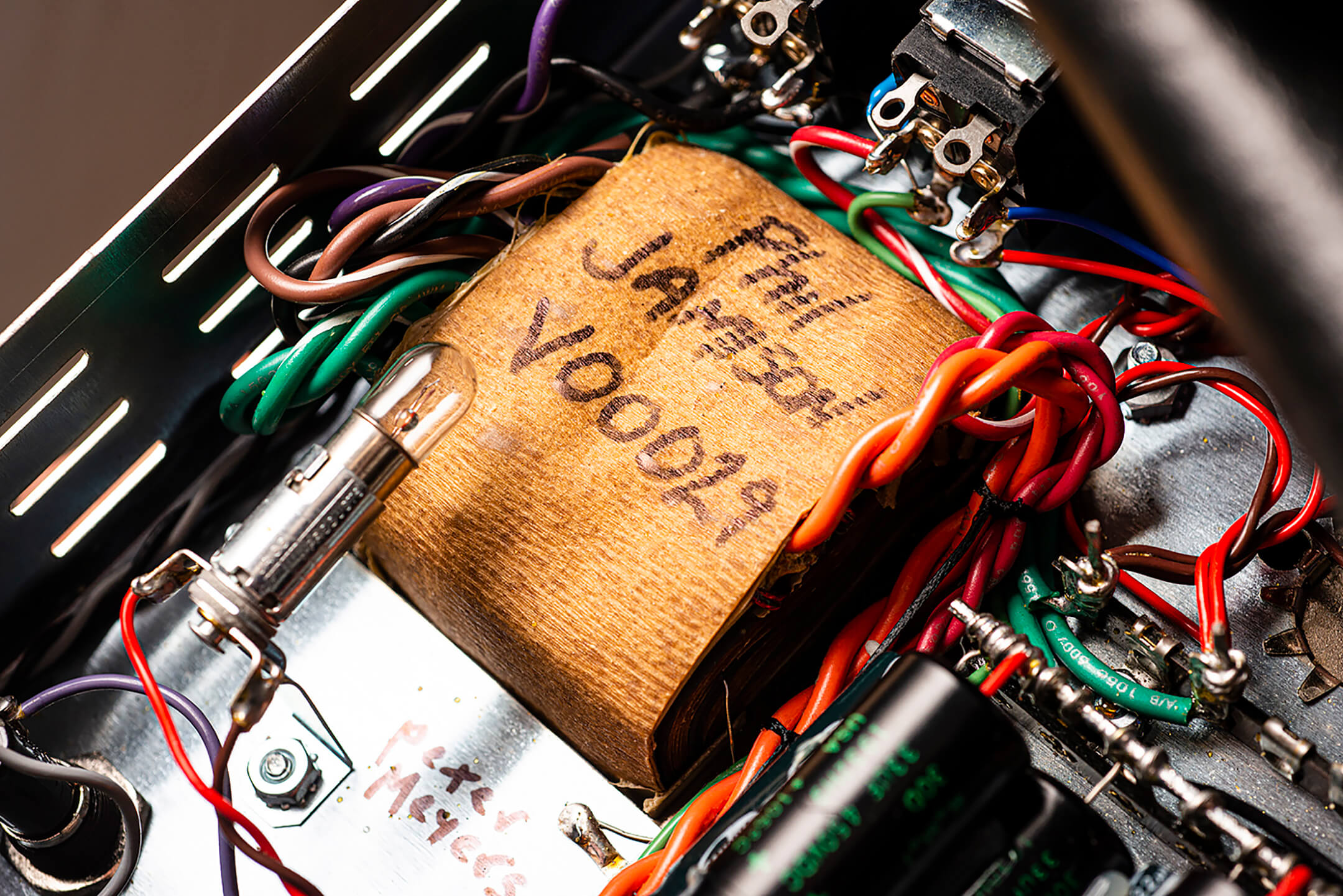 The clean headroom is impressive for a 20-watt amplifier, and a Telecaster will start things overdriving when the volume control is set around 11 o’clock. Around two o’clock, it begins to roar, and with the volume control maxed out you get a heavy grit-free overdrive that remains clear and articulate. Winding up the mids introduces a touch more drive with a hint of crunch, while rolling back the treble keeps things sweet.

We’re pleased to see the much-maligned master volume control has been making a comeback at the boutique amp level. For many players, master volumes are associated with ultra-high gain, multiple channels and bewilderingly complex equalisation, but it needn’t be that way. When coupled with simpler circuits, a master volume provides a practical solution when volume levels are restricted, which, for most of us these days, is all of the time.

The Laurel Canyon’s master volume is among the best-sounding we’ve heard and there’s so little tonal compromise, it’s more akin to an especially transparent attenuator. As the output level is reduced, there’s no shift from chewy power valve overdrive into fizzy preamp gain. Instead, the overdrive character and overall tonal balance remain pretty much intact.

It would be easy to overlook the Laurel Canyon’s onboard reverb, but not because there’s anything wrong with it. Quite the opposite, in fact, because the lush and three-dimensional framing it provides for the dry tone is so impressively integrated that it’s easy to forget it’s there. The reverb never swamps the clarity of the guitar sound and coexists seamlessly.

The same can be said for the Laurel Canyon overall, because it imparts its sonic character without masking the tone of your guitars. Even with the overdrive roaring, it’s always clear if you’re playing a Tele, Gretsch, Strat or Les Paul, and by and large they can be interchanged without any pressing need to change the control settings – often the sign of a great amp and handy for those who switch guitars frequently during live gig or recording session.

A Matchless with reverb and 6V6s is big news, but be careful making assumptions on that basis. The Laurel Canyon can certainly generate some convincing 1960s Fender-style tones, but there’s a Vox-like smoothness, chime and harmonic richness here that helps give the Laurel Canyon its own identity. You certainly won’t need a compressor to tame spiky transients and achieve adequate sustain, or a mid-heavy overdrive pedal for sufficient gain and guts.

The Laurel Canyon doesn’t have the wild rawness of a tweed Fender or the caustic crunch of an early Marshall. Instead it’s more like an expertly hot-rodded 1960s Fender, offering extended gain range, chime, refinement and touch sensitivity. Sure, it’s not cheap, but this is contemporary valve amplifier building at its best.