Finally set for release on DVD and Blu-ray, Martin Scorsese’s account of one of the greatest tours in the history of live music is “an alchemic mix of fact and fantasy”. Capturing carnival leader Bob Dylan at the peak of his powers, it’s worth watching for the all-star guitar playing alone. 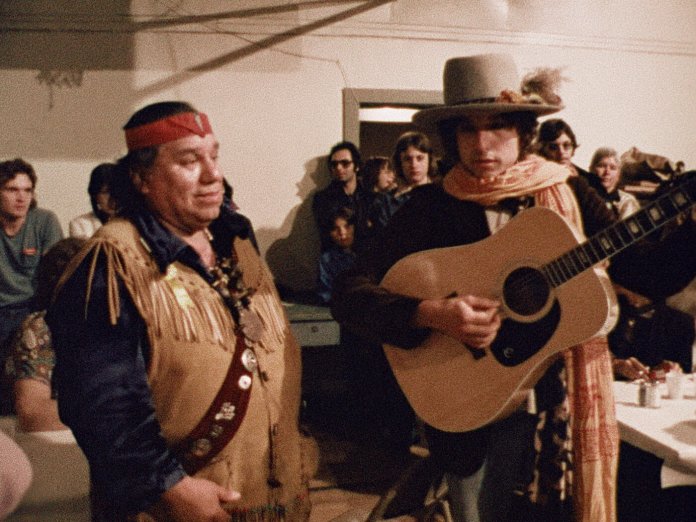 I don’t remember a thing

“I’m trying to get to the core of what this Rolling Thunder thing is about and I don’t have a clue because it’s about nothing.” That’s a deadpan Bob Dylan in the opening moments of Martin Scorsese’s pseudo-documentary following the travelling circus that exploded out of Greenwich Village and freewheeled across America for 57 dates in the autumn of 1975 and spring of 1976. “I don’t remember a thing about Rolling Thunder.”

It’s classic Dylan, and such obfuscation and mistruths are scattered throughout this mischievous 142-minute masterpiece that Netflix describes as “an alchemic mix of fact and fantasy”. Scorsese and Dylan spin plenty of wild yarns throughout The Rolling Thunder Revue. Sharon Stone makes a cameo appearance, pretending to have been invited on tour by Dylan as a starstruck 19-year-old, while filmmaker Stefan Van Dorp, said to have shot the original footage, is a completely fabricated character.

So why is Scorsese’s film such a rewarding watch for guitar players? In a nutshell, it’s the quality of the live footage, Dylan restored to the peak of his powers, playing a sunburst Tele and a series of vintage Martins, including the 1963 D-28 sold for $396,000 at auction in 2017.

The Rolling Thunder Revue was a landmark in live music history and only Dylan’s second tour in eight years, following his mythologised 1966 motorbike accident. Replacing the concept of bloated high-budget arena concerts with something joyful and free, based on the carnivals he’d watched as a child in the Midwest, Dylan quite literally drove a bus of rockstars around the East Coast, putting on scarcely promoted three-hour shows in intimate venues.

With him for the ride were guitarists Mick Ronson, Roger McGuinn, T Bone Burnett, Stephen Soles and Ramblin’ Jack Elliott, who Dylan witheringly describes as a “better sailor than a singer”; Joan Baez and Joni Mitchell joined in the fun, along with violinist Scarlet Rivera (“a piece of work”) and beat poet Allen Ginsberg. Patti Smith and Bruce Springsteen sadly declined. “My idea was to have a jug band,” says Dylan drolly, neatly underplaying the whole endeavour. 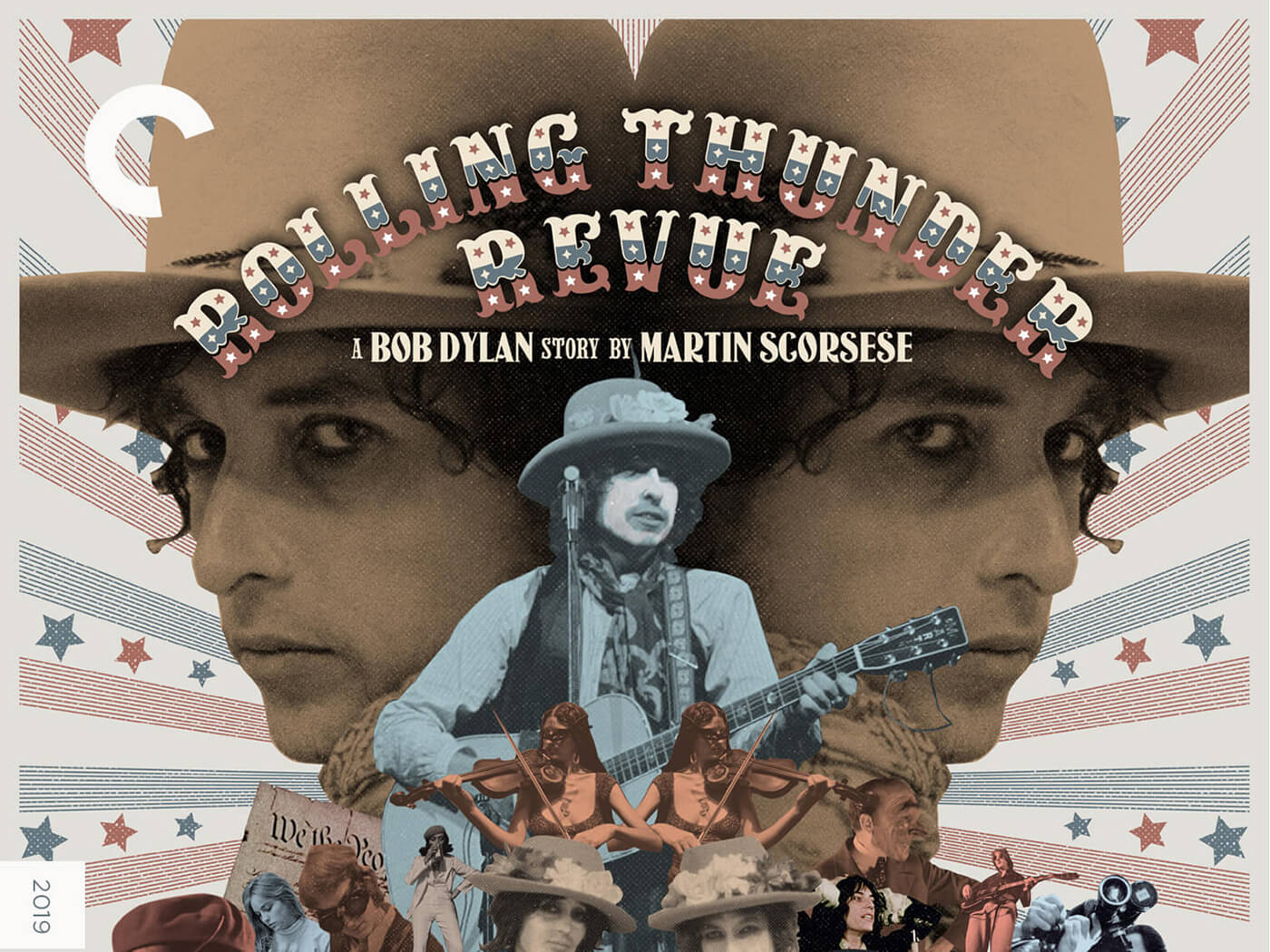 Take me on a trip

The first snippet of live footage sees Dylan in white face (not inspired by KISS, that’s another tall tale) strumming an orthodox version of Mr Tambourine Man at Boston Music Hall on 21 November 1975. The crowd then gasp at the sight of Dylan and Joan Baez reunited for the first time in a decade singing Blowin’ In The Wind, before we finally get the all-star band at full tilt, tearing through a bluesy It Takes A Lot To Laugh, It Takes A Train To Cry. Dylan is in scorching form, Tele in hand, as Ronson – given two days’ notice of the first show – sways from foot to foot in the shadows with his customary Les Paul. Revealingly, Ronee Blakley recalls deep into the tour asking the Spider From Mars guitarist, “’Don’t you love Bob?’ And he said, ‘I don’t know’, he’s never spoken to me’.”

A Hard Rain’s A-Gonna Fall is unrecognisable from the sombre Freewheelin’ version, Rob Stoner’s wandering bassline, Ronson’s glam-rock soloing and Dylan’s rasping, fork-tongued delivery transformational. The sight of those three and Burnett gathering in a tight circle against a backdrop of cranked Fender amps, before Ronson unleashes an avalanche of string bends, encapsulates the intoxicating, spontaneous atmosphere. It’s captivating, too, to see Isis, written for 1976’s Desire, gaining potency across the tour. By Montreal on 4 December, it’s positively blistering.

The wah-drenched lead playing from Ronson and Burnett on The Lonesome Death Of Hattie Carroll is also worth the price of admission alone, while Dylan’s solo version of the magical Simple Twist Of Fate from Blood On The Tracks, recorded at Harvard Square Theatre in Cambridge, MA, is exquisite, its creator and his Martin lit by a solitary spot. A performance of The Ballad Of Ira Hayes on an Epiphone acoustic for a slightly bemused-looking audience on the Tuscarora reservation is another notable footnote. 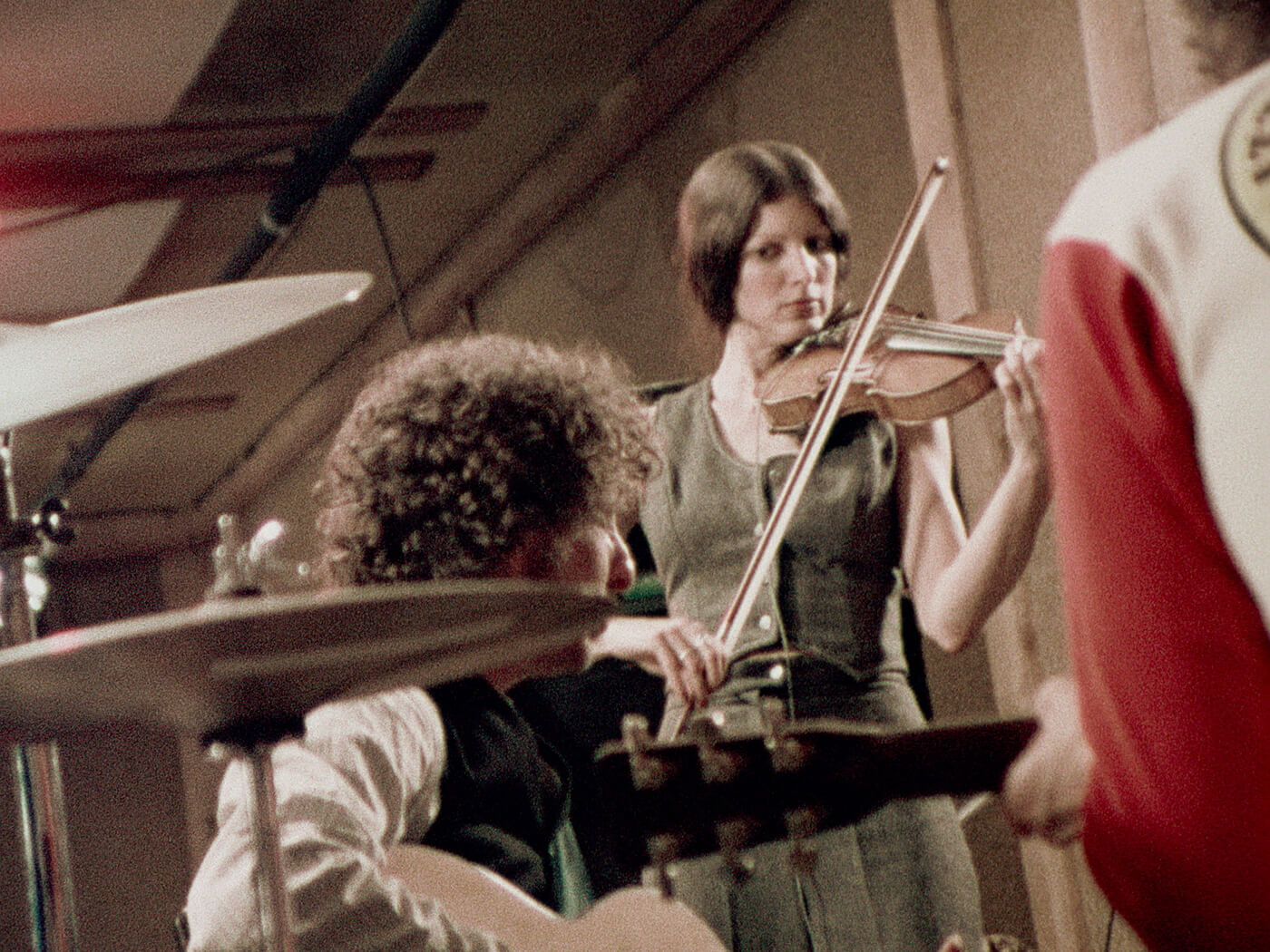 The story of the Hurricane

The latter part of the film centres around Dylan’s Hurricane, written in support of incarcerated boxer Rubin Carter. By the finale of the first leg of the tour on 8 December he’s playing it to 14,000 people at Madison Square Garden. Another version, at the Clinton Correctional Institute in New Jersey, where Dylan introduces the band to Carter, is dispatched at a rollicking pace. It’s lit up by exceptional percussion and Rivera’s dancing fiddle lines, Dylan fixing the audience with an intense, focused stare.

The second leg of the tour was preceded by another benefit show for Carter, in Houston, Texas, with guests including Ringo Starr, Stephen Stills and Stevie Wonder. By that point, what had started out as an idealistic dream was looking like an expensive white elephant. Beat poet Allen Ginsberg, who we’re told (another myth?) had been relegated to the role of baggage handler, Blakley and Elliott had departed. With bills to pay, the second run became largely an arena tour.

“The tour was a disaster, a catastrophe,” Paramount Pictures CEO Jim Gianopulos tells the camera in another truth-bending piece of theatre. Dylan dryly admits that it “wasn’t a success if you measure success in terms of profit”, but The Rolling Thunder Revue was “a sense of adventure, so yes in many ways it was very successful.” 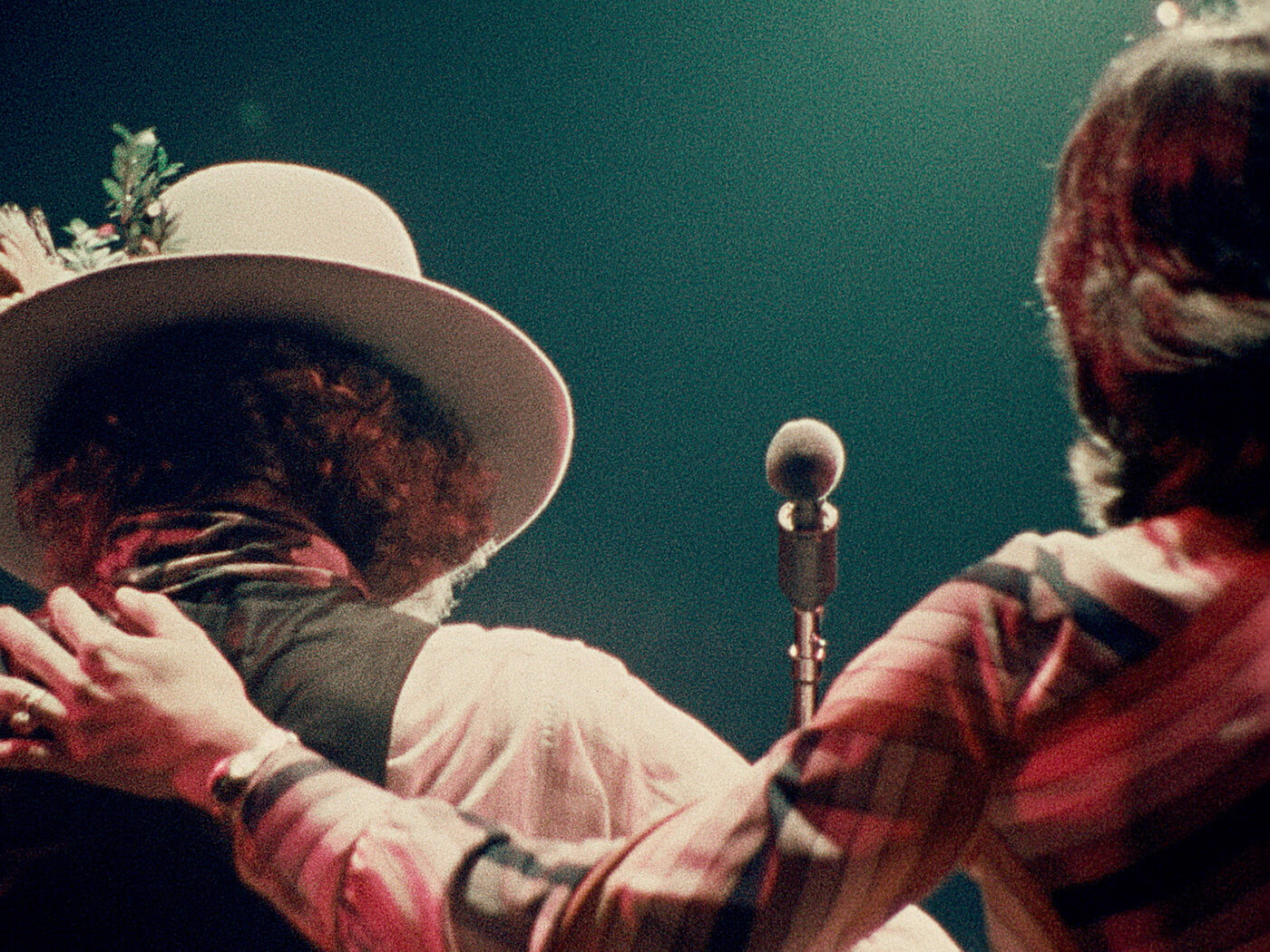 If nothing else, this compelling and confusing film, with its smoke, mirrors and hidden Easter eggs, offers a chance to see some of the 1970s’ most iconic guitarists untethered, unrehearsed and in the moment, alongside arguably the greatest touring musician of all time. True completists will want to delve deeper into the 14CD boxset that accompanied the film’s initial release, but as Ronson, McGuinn and Stoner step forward to join Dylan at the mic for a final celebratory version of Knockin’ On Heaven’s Door, it’s impossible to conclude that The Rolling Thunder Revue was anything but a success.

The Rolling Thunder Revue, A Bob Dylan Story by Martin Scorsese is out now. To be in with a chance to win a copy of on DVD click here.

Advertisement
© 2021 Guitar.com is a member of the media division of BandLab Technologies.