After three years of legal wrangling following the breakout success of Born To Run, Bruce Springsteen assembled the E Street Band armed with a righteous anger and created a brooding album that saw The Boss find his “adult voice”.

When Bruce Springsteen released Born To Run in 1975 to critical acclaim and breakthrough sales, he appeared to have thrown off the burden of being “the future of rock ’n’ roll” to become its right here, right now. The widescreen, Phil Spector-inspired production matched the optimism of many of the album’s lyrical protagonists… sure, life was tough where you were, but the possibility of escape to something better is written through the whole record from Thunder Road, through the title track, all the way to the astonishing Jungleland. Even a track such as Meeting Across The River, which with hindsight appears to be a precursor of things to come, is the story of someone risking all for their one last shot at a better life.

Three years later, and after a protracted legal case to move on from former manager Mike Appel, Springsteen returned to the studio with the E Street Band to make a very different record.

Lyrically and musically, Darkness On The Edge Of Town lives up to its title. There is an edge and anger to Bruce and the E Street Band here that perhaps was never matched so consistently again. There is also a tight, concise feel to the tunes, with none of the musical wandering found on those early albums. Only Something In The Night clocks in at over five minutes. “I got an arranging credit on Darkness,” E Street guitarist Steve Van Zandt recalled to Rolling Stone, “Because at that point, he [Bruce] wanted to start tightening things up from the epic nature of Born to Run. And that’s up my alley. I’m Mr Two-and-a-Half Minutes.”

“I had a reaction to my own good fortune, and felt a sense of accountability to the people I’d grown up alongside,” Springsteen wrote in his 1998 book Songs. “I wanted my characters to feel weathered, older, but not beaten. The sense of daily struggle in each song greatly increased. The possibility of transcendence or any sort of personal redemption felt a lot harder to come by.”

The internal battles written in the album’s lyrics were matched with some of Springsteen’s most raw and driven guitar playing. 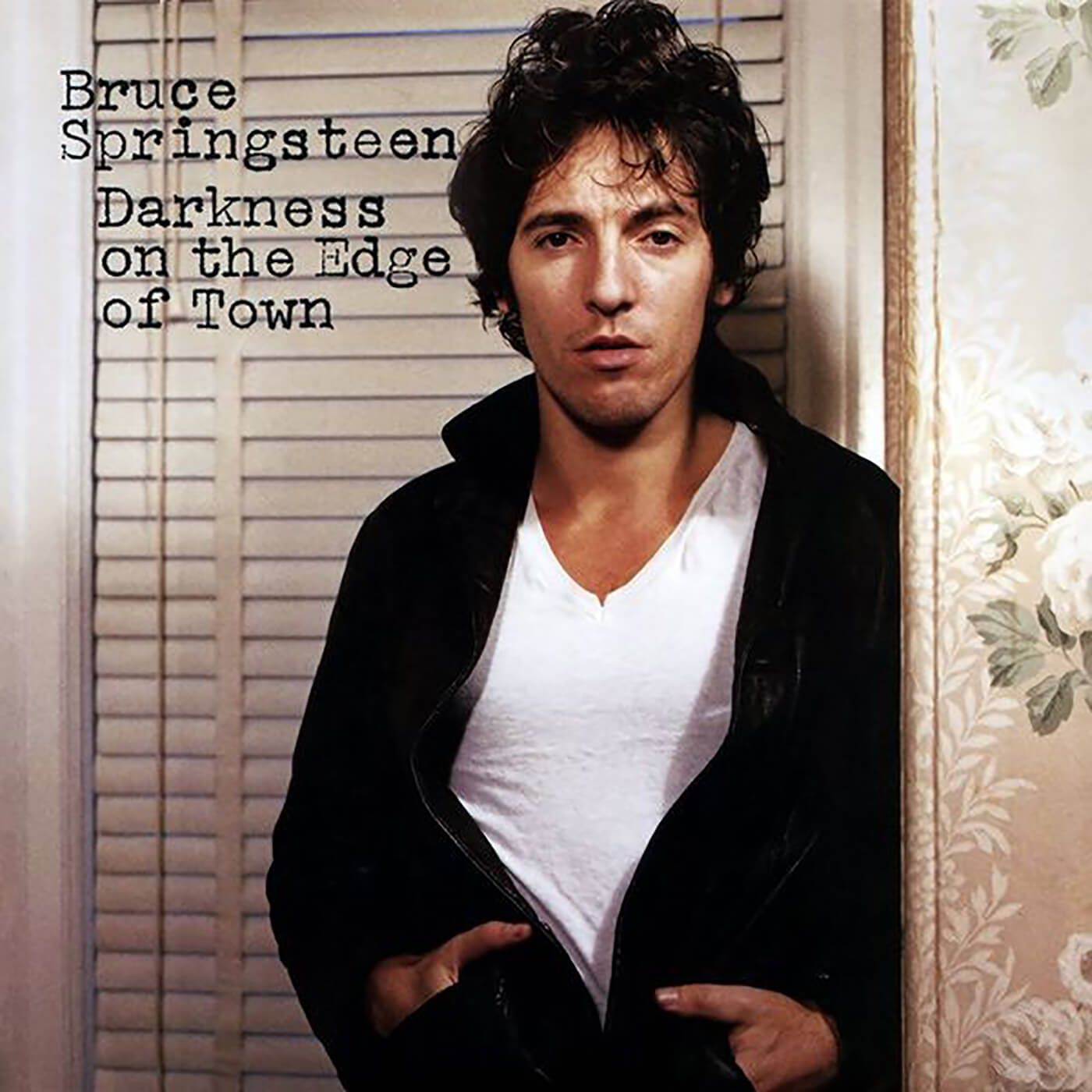 The sound and fury

At this point Springsteen is largely playing his famed 1953 Fender Esquire, retro-fitted with Phil Petillo custom-wound, hot single-coil pickups (15k at the bridge!) and a custom preamp. The V-neck is fitted with Petillo’s Precision frets, which are triangle-shaped to allow for better intonation as well as easier bending and more sustain. This guitar, which also has a large cavity carved out under the scratchplate where it had previously housed extra pickups to allow studio session players to cut extra tracks, would be plugged into a Tweed Fender Bassman on the bright channel, with an MXR Distortion+ for the grit (of which there is plenty on Darkness) and an Echoplex for that signature echo. With these simple tools, however, The Boss lays waste, attacking the strings with zeal with his picking hand at the back of the guitar near the bridge, making the most of those Petillo frets to wring some serious bends with his fretting hand.

The solo to opener Badlands is a perfect example of this style, but remains balanced, giving the song what it needs before handing over to the saxophone of the Big Man, Clarence Clemons. Elsewhere, The Boss lets rip on his instrument in a way seldom seen since his days as an up-and-coming guitar slinger on the Jersey Shore. There’s no obvious flash to the playing here, but just try to replicate it…

The second track, Adam Raised A Cain, bites in with a flickering fluorescent light of an intro coda – a tremolo-picked A screaming out from the 14th fret on the G-string – and that scream of anguish returns in the solo, before developing into a minute or so of hard, overdriven playing in G and E minor beyond the octave fret.

Springsteen said of the song, when discussing mixing the album with Chuck Plotkin, “imagine a movie showing two lovers having a picnic, when the scene suddenly cuts to a dead body. This song is that body”.

Elsewhere Candy’s Room, Streets Of Fire and Prove It All Night illicit a similarly feisty expression of repressed anger from Springsteen’s Esquire, while elsewhere the likes of Racing In The Street and even the title track take a more resigned approach, majoring around Roy Bittan’s piano in the key of F in the case of the former.

Guitar-wise Prove It All Night makes a lasting impression as the funky bass and keys driven verses and chorus give way to a fierce solo based around the A major pentatonic and F♯ pentatonic scales at the upper frets that, while relatively short on record, has achieved legendary status among Springsteen afficionados due largely to some ferocious, extended live examples during the 1978 Darkness tour.

Springsteen has often talked of his songs being autobiographical at some level, and this gives the sense of frustration and claustrophobia on Darkness its power. “You’ve got to pull up the things that mean something to you in order for them to mean anything to your audience,” he wrote in Songs. “That’s how they know you’re not kidding.”

Despite later descriptions of himself as an illusionist writing about a life he never lived, no one could listen to this collection and think Springsteen was anything but deadly serious. And the heartfelt stories of lives wasting away in America’s working-class districts are backed up by the fury of the music.

As an album Darkness offers a sense of completeness that must have been the result of some serious heart-searching and furious editing… nearly 70 songs down to 10, with each song on side A mirrored by its corresponding song on side B, moving the protagonists from the perceived hope of Badlands and The Promised Land, to the sense of clinging on to something, anything, in the face of the overwhelming resignation that permeates Racing In The Street and Darkness On The Edge Of Town.

After Darkness and its epic live shows, Springsteen would go on to mix these stories from the American heartland with straight-ahead, bar-room rockers on The River in search of an album that would replicate the E Street Band’s famously long and varied sets. The road then led to the stark Nebraska and then superstardom with Born In The USA, but even as an artist whose authenticity can rarely – if ever – be questioned, Darkness On The Edge Of Town is Springsteen at his most authentic. This is what he stands for, and has stood for, throughout a near 50-year career.

Bruce Springsteen, Darkness On The Edge Of Town (Columbia 1978)