Billy Corgan’s first great tearing of the script led to a bold and ambitious album that put the guitars up front and loud. Very loud.

Go big or go home. That’s pretty much what this came down to. 25 years ago Smashing Pumpkins were commercial and critical darlings, coming off the scene-setting Gish and the monumental alt-rock statement of Siamese Dream. Their next move was a risk – a double album that shaped up as an anachronism on one hand and a potential commercial and critical disaster on the other. Their label told them as much, but Billy Corgan was set on it. Mellon Collie And The Infinite Sadness had to happen.

At this remove, it’s hard to imagine a world where the Pumpkins didn’t take the nuclear option. Mellon Collie feels like the last great hurrah for a certain breed of Gen X American rock band, a final grand statement from a disparate group of artists bound together by the fact that they’d upended the pop apple cart by accident.

Lacking the slash and burn punk streak of Nirvana and the cinematic dourness of Pearl Jam, Soundgarden and the wider Seattle set, Corgan’s music always felt more classic, more florid, less deliberately of the moment. But it’s easy to forget that both Gish and Siamese Dream were defined in part by their succinctness – shoegaze-literate hit after shoegaze-literate hit. Split across two CDs that represented day and night, Mellon Collie’s sprawl was startling by comparison: 28 songs (totalling two hours) made the cut, and three times as many were written in a spree that recalled Bruce Springsteen’s feverish hot streak in the build up to Darkness On The Edge Of Town.

“I went around saying I was inspired by Pink Floyd‘s The Wall to try to create that kind of big, ambitious thing,” Corgan told David Wild in the liner notes for Mellon Collie’s 2012 reissue. “And, of course, jerks in the media still take me to task for saying that. For the record, from my point of view, I wasn’t trying to say that I had written my Wall … what I meant was that we were trying to reach for something expansive like Pink Floyd achieved with The Wall, as opposed to making a double album like The White Album by the Beatles, which was basically a wider collection of great songs by a group.” 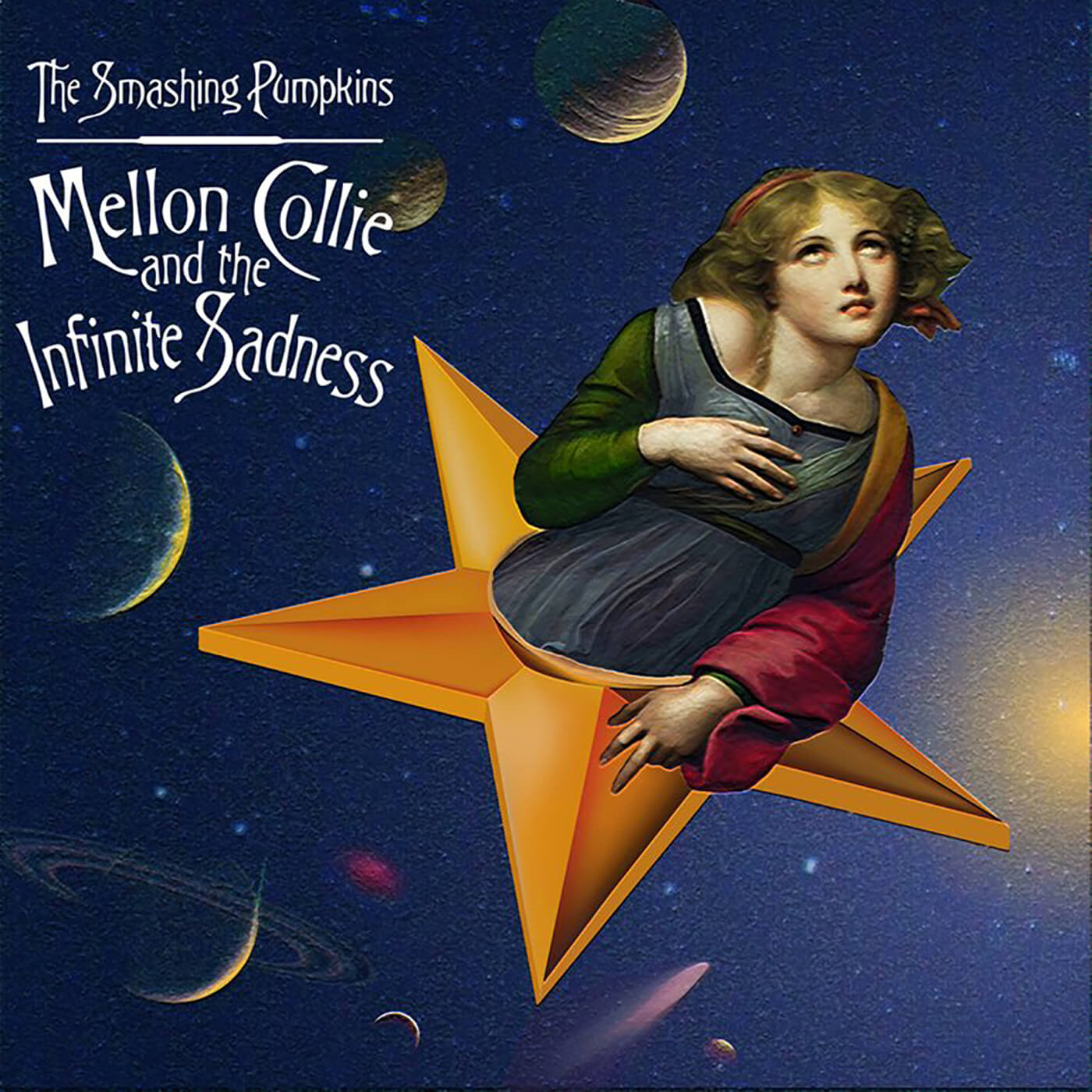 A change is as good as a rest

Having tracked Gish and Siamese Dream with producer Butch Vig (who balanced the former with work on a little record called Nevermind) Corgan tore up a successful set of blueprints for Mellon Collie. Flood and Alan Moulder, past collaborators with U2, Nick Cave and New Order, were drafted in and attention turned to replicating some of the band’s live power amid a slate of stylistic diversions and out and out curveballs.

That meant the cottage industry approach of their early albums – where Corgan and drummer Jimmy Chamberlin played almost every note – falling by the wayside. Recording at the band’s Pumpkinland rehearsal space was conducted simultaneously across multiple rooms as guitarist James Iha and bassist D’arcy Wretzky took on more responsibility due to the colossal workload.

In an interview with MusicRadar Corgan detailed the live rig that was called upon for Mellon Collie, with his Strats and a Gibson ES-335 augmented by Marshall 1960A cabinets, a Mesa/Boogie Strategy 500, a Marshall JMP-1 preamp and an Alesis 3630 compressor. “Flood felt like the band he would see live wasn’t really captured on record,” Corgan said. “So a lot of Mellon Collie was tracked by the band at deafening volumes. I mean deafening. There was so much SPL in the room that it was physically uncomfortable. Your ears, your emotional resistance, would wear down.”

Later, things got forensic at Chicago Recording Company and the Village Recorder in Los Angeles, with Corgan famously telling Rolling Stone’s David Fricke about splicing together vocal takes for Zero in search of a flawless Frankenstein’s monster. “In a weird kind of way music has afforded me an idealism and perfectionism that I could never attain as me,” he said.

There are a lot of bells and whistles on Mellon Collie but it’s saved from the double album scrapheap by the clear-eyed purpose of Corgan’s writing. It’s instructive, for example, to note how much of Tonight, Tonight’s pomp carries over to its guitar-bass-drums demo, with its majestic strings cast almost as the icing on the cake rather than a crucial structural element. There is the temptation to cut off disc one at the knees (or after the monstrous Bullet With Butterfly Wings) and draft in tracks like 1979, Stumbleine and X.Y.U. from disc two to create one all killer-no filler record, but that would betray the scope of the undertaking.

Mellon Collie is not a concept piece, and neither is it prone to meandering instrumentals or empty statements, but it is big. The singles are all hall of famers, and yet it’s impossible to discount the raw power of Here Is No Why (the Lemonheads with a violent streak) or singsong weirdness of We Only Come Out at Night (listen again with the Shins in mind, remarkable). Corgan knits the whole thing together with a sense of howling bombast, from the guitar freakouts of Jellybelly to the sweeping To Forgive, which knows precisely how affecting it is and lays it on real thick.

Upon release, Mellon Collie And The Infinite Sadness did what the Pumpkins wanted it to do. It sold. It became their first and to date only number one on the Billboard 200 and quickly went platinum. In 2012, it crossed the diamond threshold in the US. Similarly, it was generally well-reviewed and has matured like a fine wine. In a 9.3 review of the LP’s deluxe edition, Pitchfork’s Ian Cohen observed: “During a time when rock heroes were hard to come by, Smashing Pumpkins took it upon themselves to make a record that only teenagers could love and for many it was the only one they needed.”

But on the ground Mellon Collie was followed by a string of tragedies and fallings out. Touring keyboard player Jonathan Melvoin died of an overdose in the summer of 1996 after injecting heroin with Chamberlin in a Manhattan hotel room. Chamberlin was subsequently arrested on drug possession charges and later sacked. The tour was cancelled as it was about to crest at Madison Square Garden. Months earlier, a 17-year-old fan had been fatally injured at a show in Dublin despite the band’s vocal anti-mosh stance. Corgan was rocked by the loss of his mother, and he got divorced. By the time Adore was released in 1998 they were splintering. Wretzky’s dislocation from the group became permanent and the lights were turned out altogether following 2000’s Machina/The Machines Of God.

This ending cast a long shadow, but Mellon Collie’s legend has only deepened over time. With the Pumpkins back in action (Corgan joined by Iha, Chamberlin and Jeff Schroeder) each move they make is placed next to its high watermark. Outside of the music, its status as a priceless 90s rock artefact has been sealed in amber by tens of thousands of ‘Zero’ t-shirts and the band’s guest spot in Homerpalooza, a classic episode of The Simpsons. Billy Corgan, Smashing Pumpkins. Homer Simpson, smiling politely. It doesn’t get bigger than that.