The Genius Of… Yankee Hotel Foxtrot by Wilco

Wilco’s fourth album had a troubled gestation, got the band dropped by their label and saw a key member fired before being hailed as one of the greatest American guitar records of the 21st century. 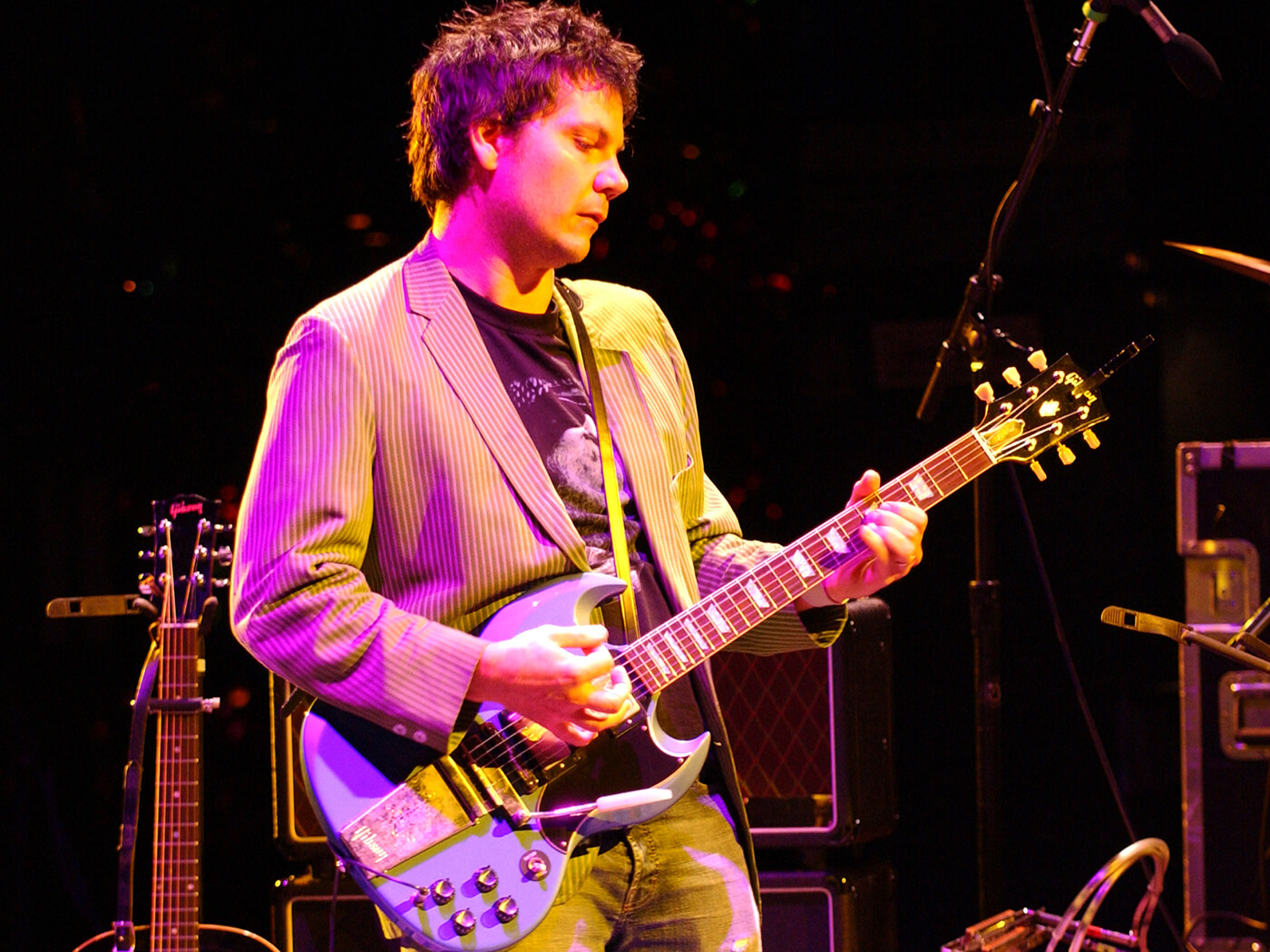 As Wilco completed the tortured recording of their fourth album early in 2001, expectation surrounding the band had never been higher. In the opening scenes of Sam Jones’ aptly titled documentary I Am Trying To Break Your Heart, manager Tony Margherita confidently predicts “I think this record is going to be a pretty big priority for Warner.” He was right… eventually.

Warner Music subsidiary Reprise Records were so disappointed with Yankee Hotel Foxtrot’s lack of “commercial potential” that, having advanced Wilco $85,000 to record the album, they refused to release it in its existing state, then dropped them from the label. “I felt incredulous,” Jeff Tweedy told Rolling Stone of seeing his masterwork snubbed. “I sincerely believed this was the most contemporary and accessible record we had ever made.”

Ironically, after buying back the tapes and making Yankee Hotel Foxtrot available for free via their website on 18 September 2001, Wilco were signed by Nonesuch – a subsidiary of… Warner Music. The album finally got its official release in April 2002, selling 55,000 copies in a week. It’s now the band’s Gold-certified best-seller.

However, Wilco’s great artistic statement nearly destroyed them. Before the sessions began, drummer Ken Coomer had been replaced by the virtuosic Glenn Kotche, and tensions between Tweedy and multi-instrumentalist Jay Bennett escalated during mixing, resulting in Bennett being fired. Yet the push and pull between he and Tweedy is at the heart of one of the most compelling and inventive guitar albums made this side of the millennium. Uncut called it “Americana’s Kid A”, adding “in truth, it’s more successful than that”.

Wilco started work on Yankee Hotel Foxtrot in the summer of 2000 at their Chicago Loft studio, an Aladdin’s cave where Tweedy, always insistent on “dead strings”, and Bennett could choose from more than 100 guitars. Among them were more than one vintage Gibson J-45 and a J-200, Tweedy’s beloved Barney Kessel electrics, 60s SGs, innumerable Fender offsets and an analogue tape machine on which almost everything was recorded, Tweedy tracking his vocals at the same time as his guitar parts.

With each instrument allowed to bleed into the next, the album’s loose experimental sonics are indicative of the frayed year-long recording process and Tweedy’s muddled state of mind as he battled depression and crippling migraines. Detailing the continual demolition and rebuilding of his songs, he asserted “There’s no reason not to destroy it, we made it. It’s ours to destroy and that’s liberating and exciting.”

Exciting or not, the band had constructed a dense puzzle of ragged alt-country rock and exploratory sound collaging, using four different types of tape, which needed to be consolidated. New drummer Kotche had injected further complexity, too. “He’d go to shops and play all of the floor tiles in the shop,” recalled Jim O’Rourke, brought in by the band as a mix engineer. “He’d tune them and build instruments out of that.”

Struggling to incorporate so many disparate elements, Tweedy and Bennett clashed repeatedly inside Chicago Recording Company, where the band were paying $1,000 a day. The dispute was particularly fierce over a 10-second transition between Ashes Of American Flags and Heavy Metal Drummer. Once the record was complete, Tweedy invited Bennett, who died in 2009, to leave.

Bennett reveals in I Am Trying To Break Your Heart: “He said ‘I don’t think I can make music with you anymore’, I said, ‘why?’. I’m not sure I ever got an answer that made any sense.” Tweedy replies bluntly he “couldn’t be happier” to see the back of his long-time bandmate.

Yet their bitter dissolution makes this final snapshot of the dynamic between their playing especially precious. The truce between timeless folk storytelling and a primal assault of raw lead fireworks was as delicate as the duo’s creative partnership. 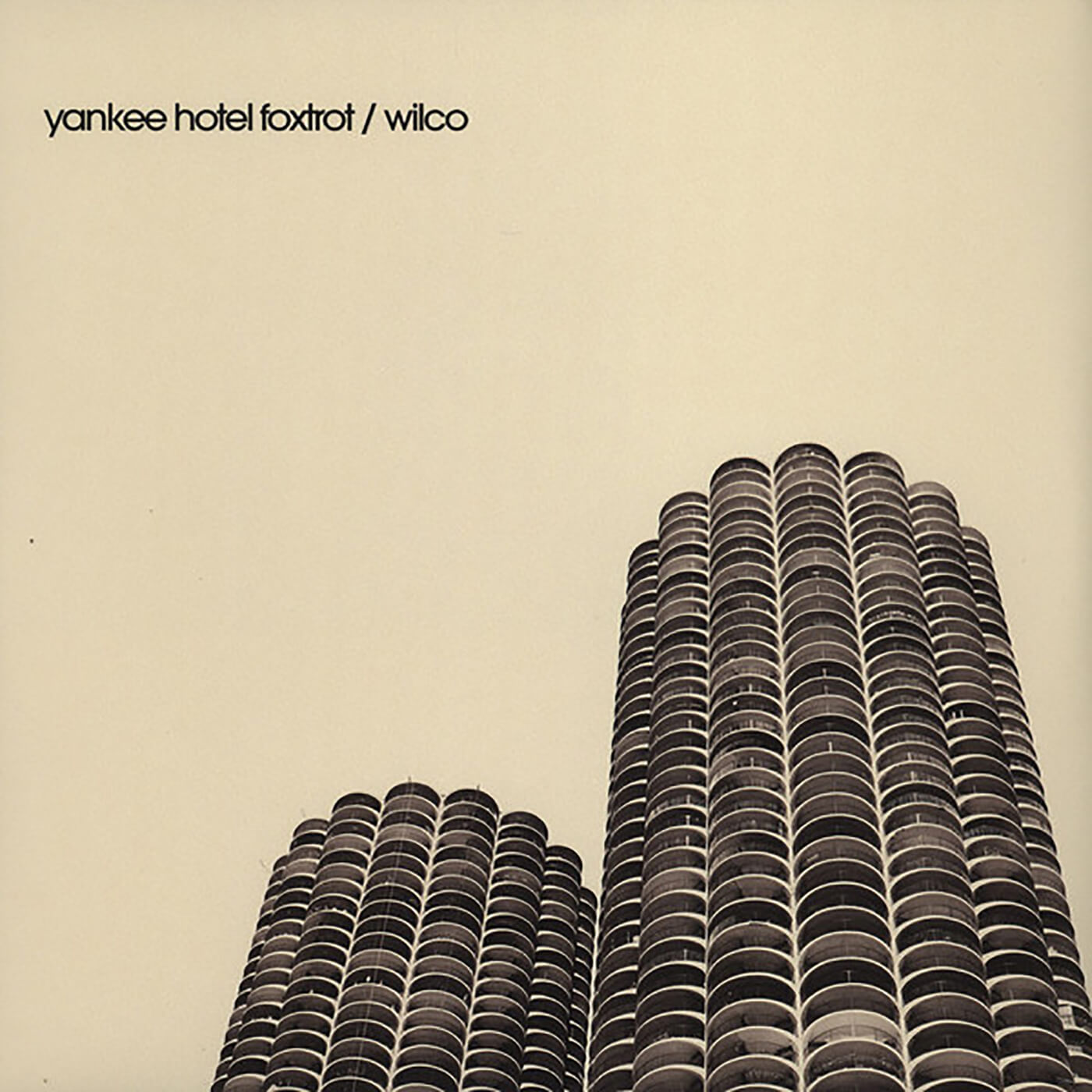 O’Rourke’s role in saving Jeff Tweedy from himself and delivering a coherent record was crucial, too. “I took away 80 percent of the noise,” he explained. Tweedy put it more poetically, recalling: “It was like writing a book in yellow on white paper, then trying to put it back on black ink.”

The album’s outstanding first track, I Am Trying To Break Your Heart, stumbles from a minute of avant soundscaping into strummed A/Em/D7 shapes, capo’d at the second fret, and Tweedy’s curious opening couplet: “I am an American aquarium drinker, I assassin down the avenue”. After the song spirals towards a Day In The Life-esque cacophony, the songwriting duo harmonise on the Byrdsy acoustic Kamera, Tweedy requesting darkly “Phone my family, tell ’em I’m lost on the sidewalk, and no, it’s not OK”. The sadness that consumed Wilco’s insular frontman and the pair’s excellent guitar work are writ large on Radio Cure, as portentous piano chords accompany the admission that “There is something wrong with me/ my mind is filled with silvery stars.”

The album’s seemingly most straightforward track, Heavy Metal Drummer reveals a yearning for simpler times “playing Kiss covers, beautiful and stoned”, while former Sonic Youth collaborator O’Rourke emulates a droning sitar on Poor Places. “I took an electric guitar and strung it up with all of the same string,” he said. “I would tune it to one note in one of the chords. Then I took a speaker coil, mounted a magnet to the back of the headstock and drove the coil with a really high-ohm/watt output amp so that the speaker would drive the body of the guitar.”

Originally slated for release on 11 September, 2001, with the twin towers of Chicago’s Marina City complex standing in solemn monochrome on its cover, Yankee Hotel Foxtrot somehow perfectly embodied the anxious, heartbroken America that emerged from the tragedy of the terrorist attacks. It took time, but Wilco’s fourth album is now revered as one of the great Americana records, its influence reaching deep into indie and alternative music for the following two decades.

Pitchfork’s Brent Sirota garlanded the album with a rare 10/10, deeming it “simply a masterpiece”, while The Village Voice Pazz & Jop critics poll named it album of the year. Rolling Stone ranked it the third best release of the whole decade, with David Fricke summing up the subliminal, immersive charms and slow-seep complexities perfectly: “There’s pretty stuff in there, hard stuff in there, mystery, really sweet tunes, and an abrasion as well, but it’s all there and you really have to sit with it, you have to allow yourself the time to get something out of it.”

Jeff Tweedy had to fight doggedly to get Yankee Hotel Foxtrot heard, but at last he’d been vindicated for his uncompromising vision. “I don’t know how to make any record other than the record we made and to entertain any of their half-arsed fearful, frightened bullshit would be to compromise something that’s a big part of my soul and my heart,” he declared. “I don’t have any interest in doing that.”