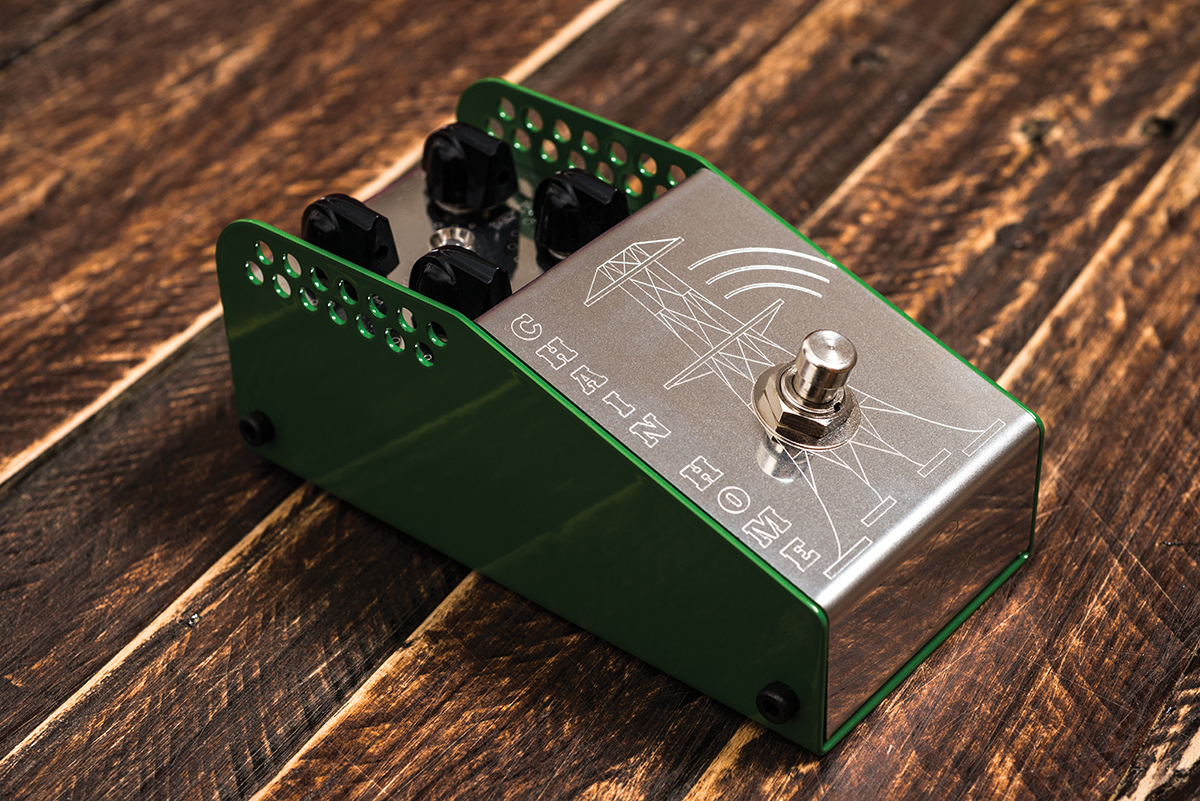 Before the outbreak of World War Two, the RAF began constructing a network of radar stations along the British coastline to give early warnings of airborne raiders. They gave it the codename Chain Home. The things you learn in G&B, eh?

Now, combine this information with Adrian Thorpe’s experience in bomb disposal for the British Army and the name of his latest ThorpyFX stompbox starts to seem a little less peculiar. But while the idea of signal transmitters might suggest a bucket-brigade delay, this is actually a tremolo… of sorts.

Inspired by the Repeat Percussion unit that first appeared in the Vox catalogue in 1968, it’s designed to sound much more sharply percussive than a standard trem effect. And there’s more to it than that, because the two knobs on the left control the level and tone of an added clean boost circuit.

Housed in one of Thorpy’s familiar tank-like metal enclosures, this time with green-painted flanks, the Chain Home is the first in a new range of retro-inspired pedals called the Reimagined Series. The second, in fact, has already been and gone: limited to 100 units, the Veteran Germanium (think Fuzz Face and Rangemaster in one extra-wide chassis) sold out on pre-orders.

ThorpyFX Chain Home in use

The best way to explain what this tremolo effect sounds like might be to describe what it looks like – because the key is in the waveform. With the depth at full, one sustained chord comes out looking more like a series of kick-drum beats than a gently pulsating guitar – the wave is super-steep in the attack and not much slower to decay, and the result is the most poundingly rhythmic sound your guitar will ever make. If you want that translated into onomatopoeia, it’s something like pam-pam-pam-pam.

The speed range is generous, from unmusically slow to judderingly fast (though it stops short of ring modulator robotics), with a sweet zone around the 1pm mark that’s quite tight for fine adjustments. Even with the depth control dialled back, you’re not going to play a whole set with this thing on; but as a feature effect it is monstrously cool.

The boost, meanwhile, is more versatile than you might expect. With the tone at maximum, it adds a substantial kick across the full frequency range, but turn this control to the left and it begins to filter out the bass (the pot is labelled ‘low end’ on the circuit board). You can use this to prevent your boosted signal getting too bloomy, or to get something more like a classic treble booster.

Do the two halves of the Chain Home get on together? Yes indeed. A smidgeon of boost can be handy to stop the tremolo dropping your overall level when the depth is set high, and can also add dynamism to the effect when it’s pushing a low-headroom amp – blast out your meanest chords at maximum output and the pulses will be almost completely compressed out, only to creep back to the fore as the level drops away. 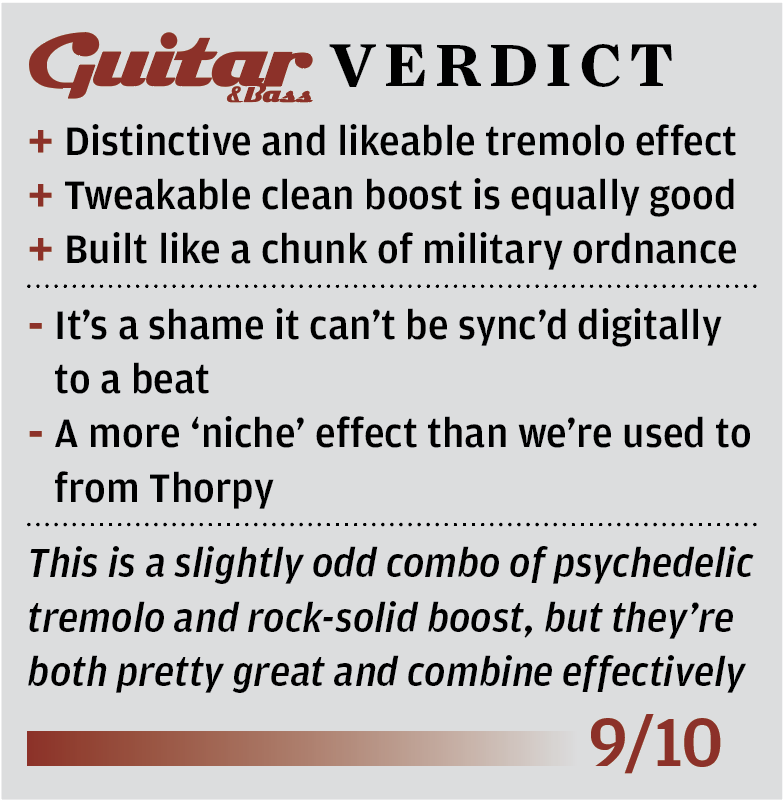