Adrian Thorpe’s new compressor marks the start of an ongoing collaboration with a stompbox legend. 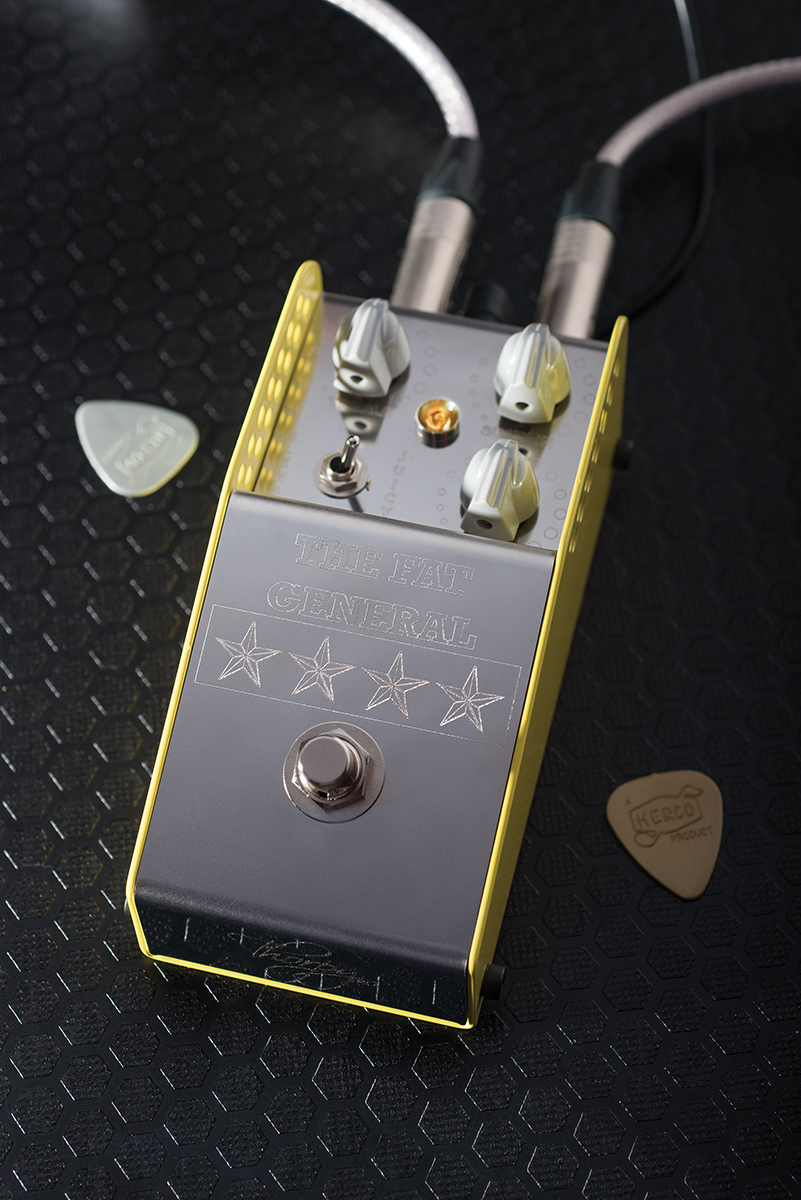 Like many mythical creatures, Dan Coggins is only sighted at rare and unpredictable intervals. The designer behind the hugely collectable Lovetone pedals of the late 90s, Coggins last emerged from his Oxfordshire lair in 2014 with two new Dinosaural units – a fantastic overdrive and an arguably even more fantastic optical compressor. And then things went quiet again.

Enter ex-Army major Adrian Thorpe, a relative newcomer on the stompbox scene whose products have become renowned for military-grade construction and top-class tone. Put these two talented boffins together and who knows what magic will emerge? Well, to start with we get the Fat General: a new version of that short-lived Dinosaural compressor, the OTC-201, circuit-tweaked and redesigned to fit in one of Thorpy’s signature tank-like enclosures.

Like many modern compressors this one does parallel processing, letting you blend the dry and treated signals so you can keep things subtle and prevent any important frequencies being squished out completely – a particular godsend for bassists. What you also get here is a switch to disengage the blend function and turn the balance control into a volume knob, with a certain amount of clean boost on offer.

It’s just as robustly built as all of Thorpy’s units, with supreme attention to detail on the inside and control knobs protected from stray boots by a raised metal shell, this time in yellow. We’re not big fans of grey chickenheads on stainless steel, and those etched markings aren’t the most legible we’ve ever squinted at, but this is a solid piece of kit with the looks to match its hefty pedigree. 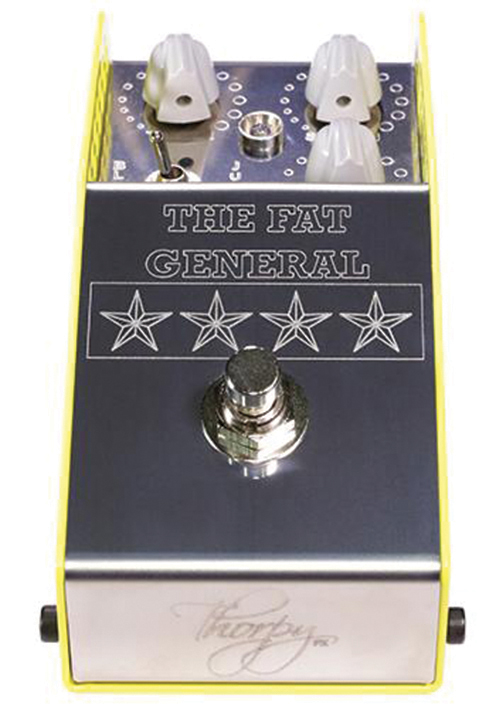 Adrian says ‘blend’ mode is his favourite, and we’re not about to argue. With balance set halfway and sustain around 10 o’clock, the result is as pleasing as an unexpected pay-rise: it might not change your life, but it makes everything feel a little bit better. The effect on dynamics is pretty minimal – it’s more about adding sustain than aggressively flattening transient peaks – but the overall sense of added presence and thickness makes it fiendishly addictive.

‘Juicy’ mode is a shortcut to the real squishing action, and you’ll need to exercise restraint with the sustain control here to keep things sounding natural. But for bringing out the elasticity and bite in clean Telecaster picking, it really is bang-on – and the ability to kick your amp into overdrive by cranking the output level is a genuine bonus. The treble control, meanwhile, should let you replace any top end that’s been compressed out; we never found that to be an issue, but enjoyed using it to pile on extra zing anyway.
This is a superb debut creation for the Thorpe/Coggins design alliance, and one that we’re really keen to see expand into other areas – we’ll be the first in the queue if they do. 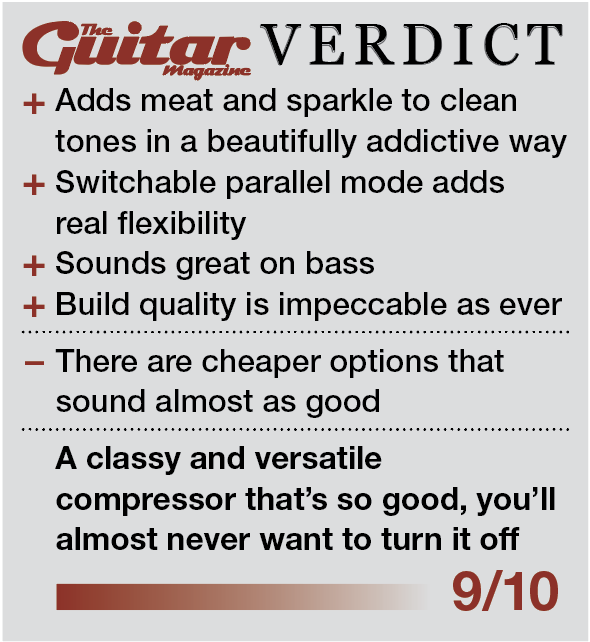