Adrian does ‘rocky’ with an American flavour. 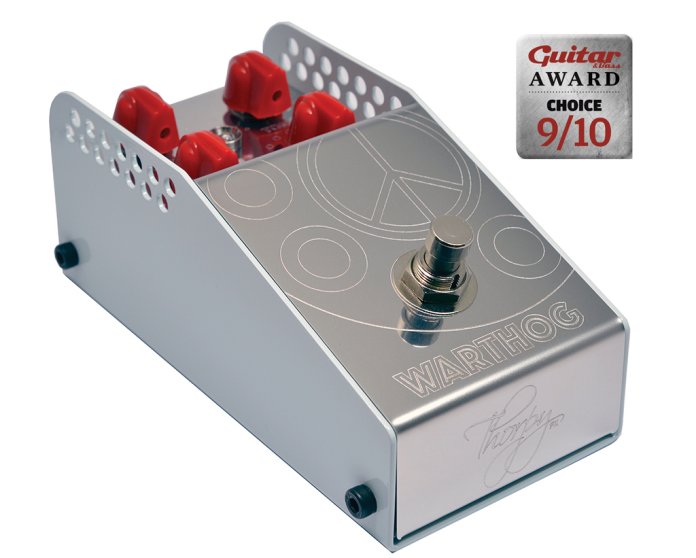 Following last month’s in-depth look at British Army Major Adrian Thorpe’s Peacekeeper low-gainer, here we turn our attention to a very different animal from the same stable as 2015’s Gunshot, an award winner in these very pages. Where the Peacekeeper is all about boosting and augmenting your core tone, the Warthog (war and peace… geddit?) is designed to bring the filth.

Thorpe explains: “The Warthog was designed at the same time as the Gunshot. I wanted it to complement the Gunshot, and consequently it has a flatter, less mid-focused EQ – and it can get cleaner and much dirtier, too; at the far reaches of the calibre and gain knobs it is fuzzy in its breakup. If I had to sum up the Warthog, I’d say its distortion characteristics were American in flavour – eg, a driven tweed amp through to higher gain.”

In common with the other ThorpyFX pedals we’ve tested, construction standards are very high; the Neutrik jack sockets and true-bypass footswitch – rated at many thousands of cycles – are off-board to maximise road-worthiness, while WIMA and Panasonic capacitors, a Burr Brown op amp and metal film resistors with a one per cent tolerance give the internals a premium vibe. 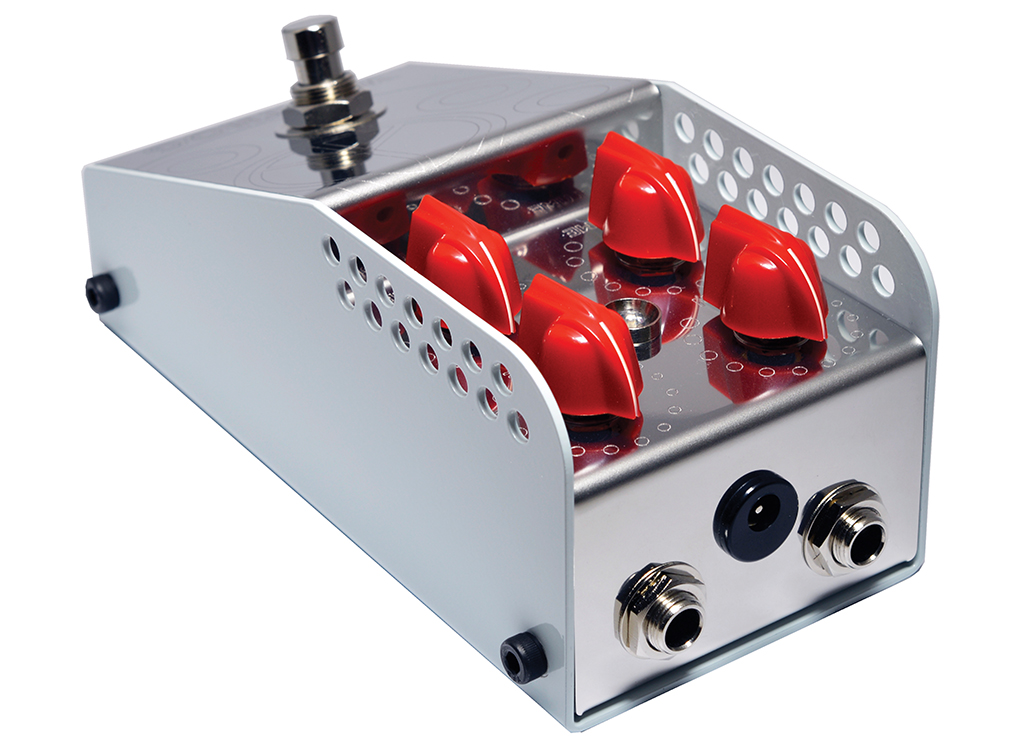 Externally, Thorpy’s now-familiar laser-etched stainless steel enclosure is paired with a ‘faded sonic blue’ powder-coated base plate and red mini chickenhead knobs. It looks great and our only quibble is that the mirror-like stainless steel makes the control panel lettering hard to read from a standing position under stage lights. Still, it doesn’t take long to learn what each of the four knobs does. Aside from gain and volume, the tone control rolls off high end as you turn it up, and the calibre brings a ‘secret sauce’ of saturation, grit and heat to the table.

Anyone with a fondness for 1990s American alternative rock will love the Warthog. Imagine a great Rat pedal that occupies the space between overdrive and fuzz, minus the over-compressed response that often stops a Rat cutting through live. With the calibre and gain cranked, the Warthog delivers a joyful brand of carnage; a kind of fuzz-meets-distortion that’s almost Muff-like in its saturation to the extent that you can pull off Siamese Dream-era Smashing Pumpkins riffs and solos but, crucially, you won’t disappear in the mix or experience a total meltdown. 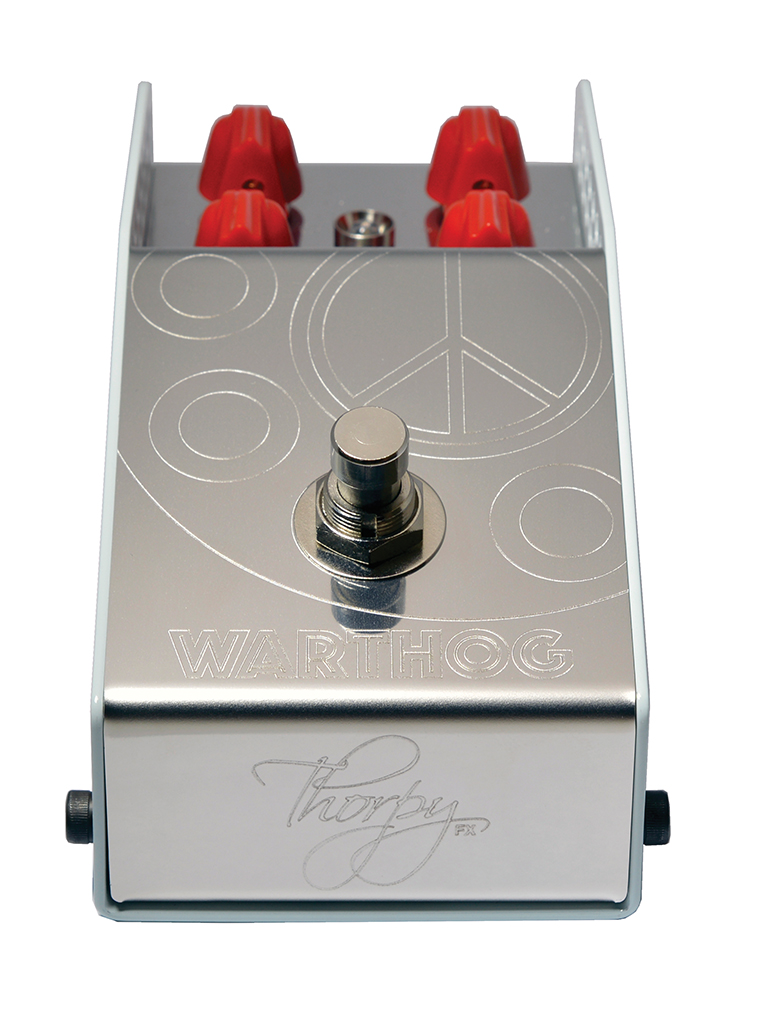 Back off the calibre control and the voicing is more amp-like, albeit a 6L6 or 6V6-loaded amp working hard. Roll the calibre clockwise again, but this time tame the gain to find Nirvana and early Foo Fighters tones. We wish this pedal had existed in 1994 because, unlike the DS-1 (too quiet), Rat (too compressed) and Big Muff (disappears in a band) pedals on countless garage floors in the mid-90s, the Warthog has the headroom, punch and grit to give your sound a sufficiently aggressive kick. And it sounds great. Oh to be 15 again… 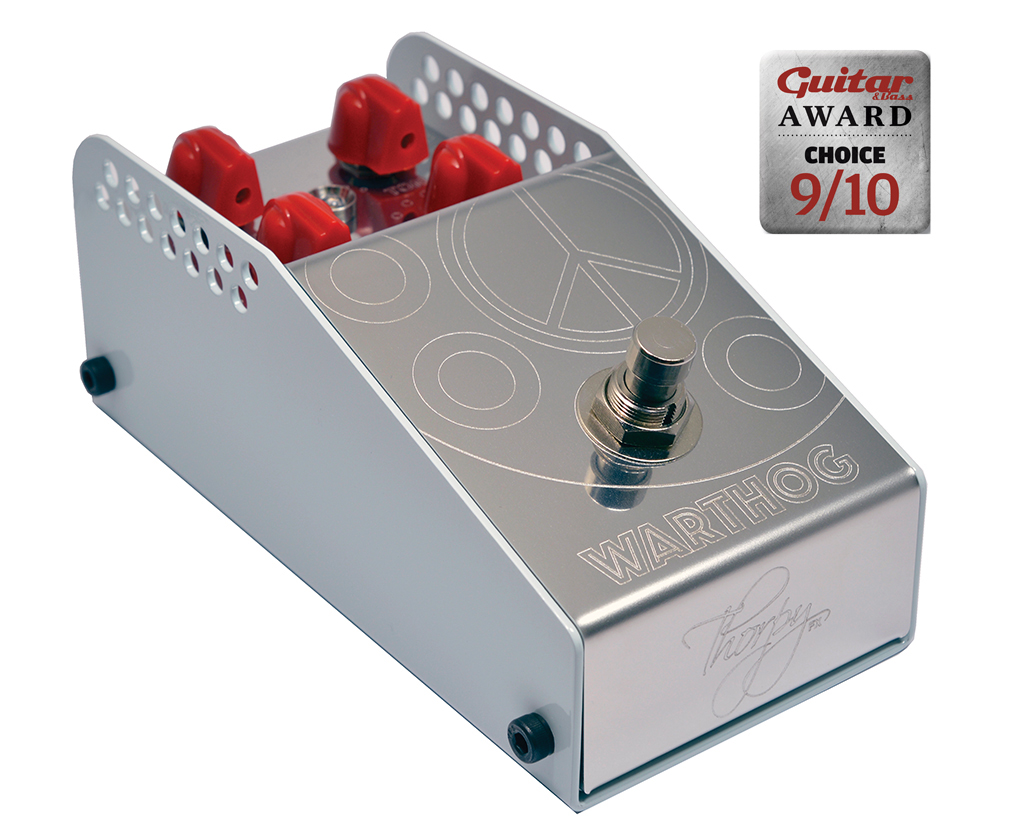 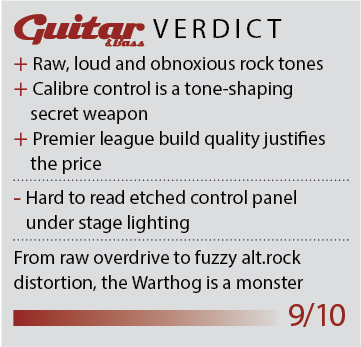