Joe Bonamassa and John Mayer are among those who have used Two-Rock’s Dumble-inspired wonder machines. We find out how the latest incarnation of the Classic Reverb stacks up. 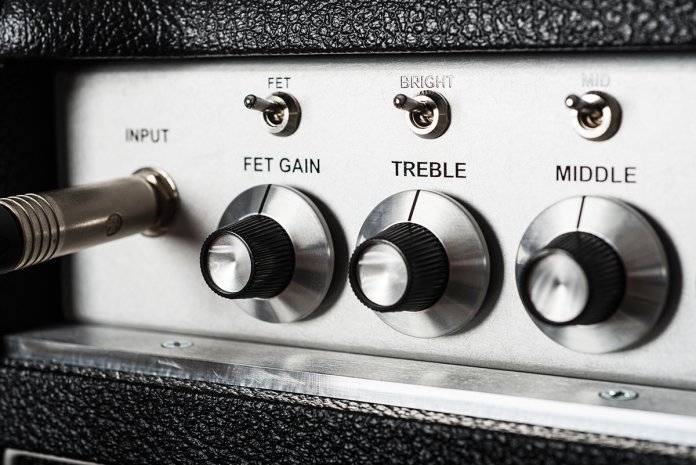 It’s estimated that Alexander ‘Howard’ Dumble made around 300 amplifiers before he retired in the late 90s. They were in such short supply that new ones were cheaper than old ones – so long as you were prepared to wait several years for your amp to be built. These days, genuine Dumbles cost tens of thousands of pounds. 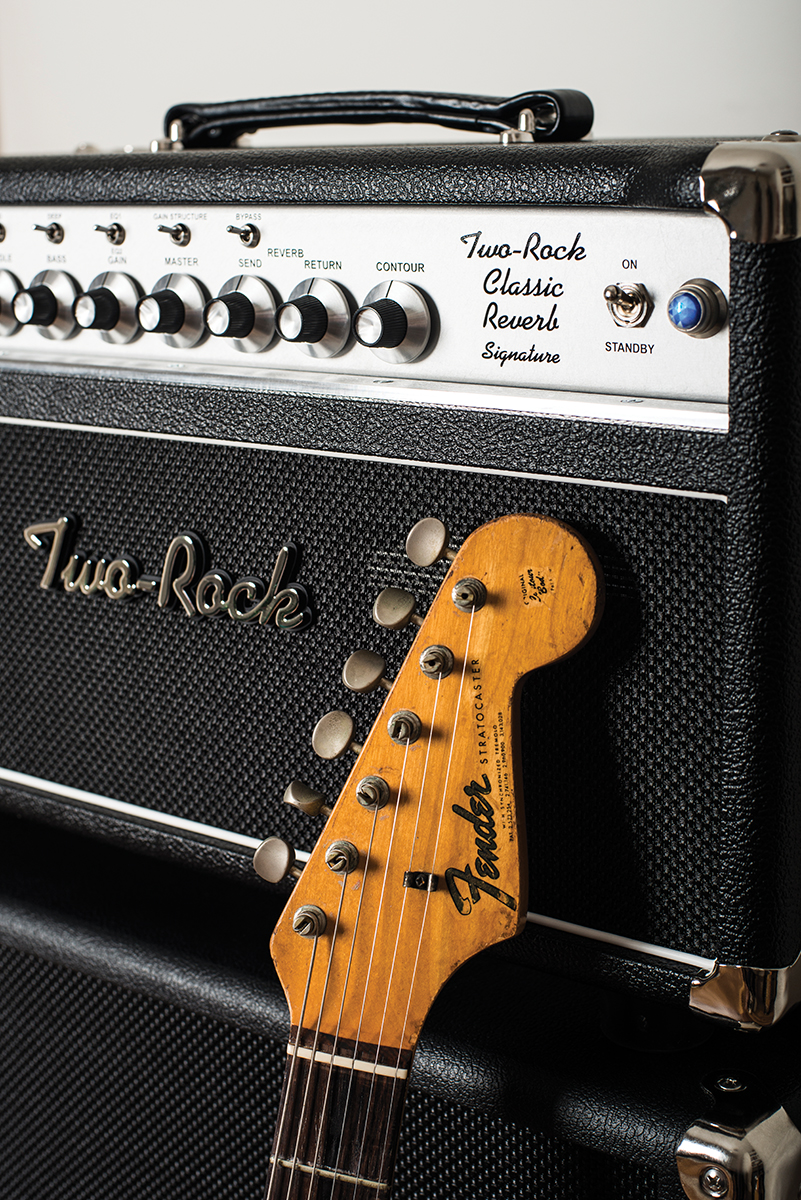 Since Dumble was never speedy with repair work, some owners took their amps to techs for running repairs. Given Dumble’s reputation amongst elite players, it’s not surprising that some enterprising techs took the opportunity to reverse engineer the amps they were working on.

Before long, several were building Dumble clones – to the understandable consternation of Mr Dumble, who began protecting his circuitry secrets with epoxy resin. Unfortunately, it was all too late – and Two-Rock was among the first of the boutique amp builders to clone and subsequently develop Dumble’s designs with onboard spring reverb and buffered effects loops.

Everything from the silver-skirted knobs to the shape and style will leave you in no doubt as to what this 50W/100W 6L6-powered head is all about. With the company again independently owned and founder Bill Krinard back on board, the CRS is upgraded with, amongst other things, a three-way gain structure switch for input stage voicing and a bigger output transformer; this head is almost as heavy as its matching vertical speaker cabinet with two Celestion G12-65s (£999).

Several features complement an array of familiar controls. The FET buffer stage can boost or lower the input level and be switched in from the front panel or footswitch. There are three switches to increase brightness and boost the midrange and bass/low-mid frequency bands. Eq1/eq2 toggles between two equalisation settings to match clean and overdriven tones, and there’s a footswitchable equalisation bypass that boosts the level and midrange.

The footswitchable reverb has send and return controls, with the former affecting effect saturation and decay time. Finally, a three-way gain structure switch changes the sensitivity and feel of the preamp, and a 50-watt half-power switch can be engaged without any need to alter speaker impedance.

Classic Reverb Signature in use

It’s all so 1970s – enormous, heavy, intimidatingly loud and causing pulled muscles in your back before you’ve even started playing. A twinge of nostalgia that can be cured only by Ibuprofen. That established, let’s batten down the hatches, lock the front door to keep the neighbours and Henry Kaiser from gatecrashing the party, and get started. 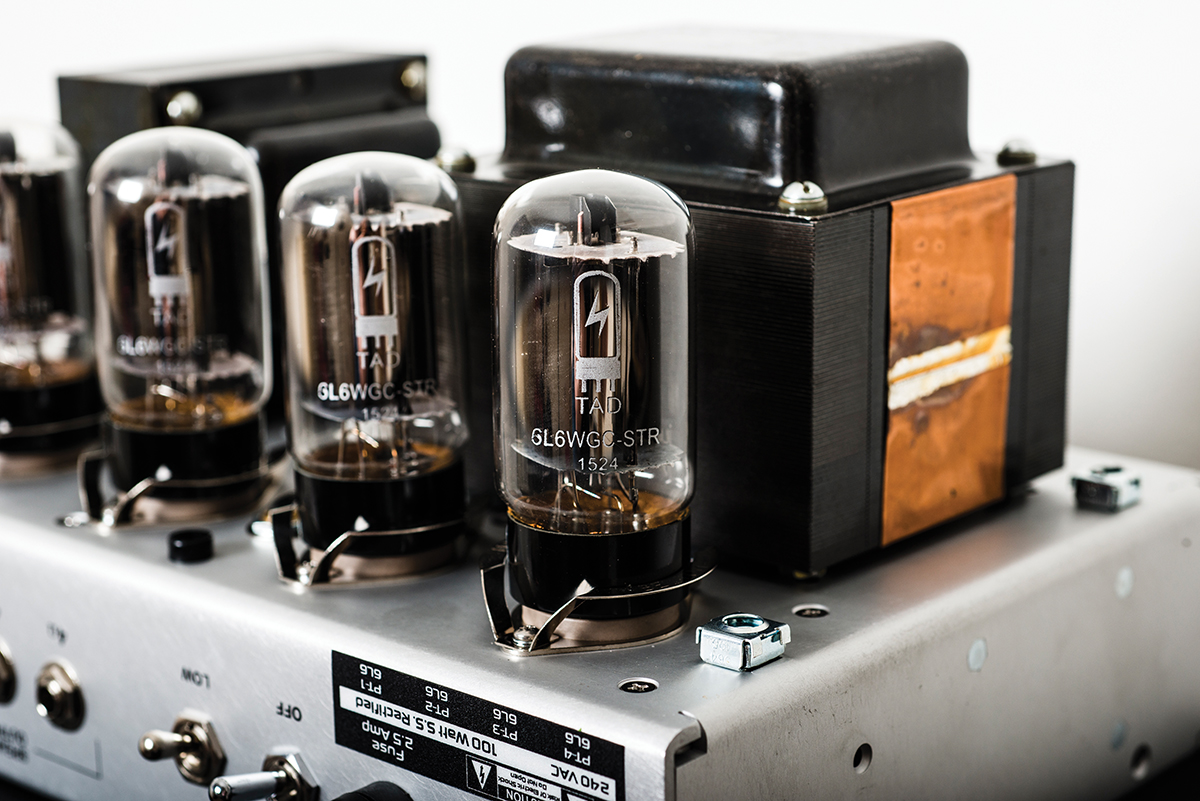 When confronted with amps with complex controls and multiple switches, we’ve often spent more time dialling in a usable tone than actually playing the thing. In contrast, working through this amp’s raft of controls and switches is more an enjoyable voyage of discovery than a necessary chore.

It’s also dangerous because it has the sweet response and touch sensitivity we normally associate with small amps, even when it’s blowing the bloody doors off. If your ears start ringing, the damage is done. The CRS is a complex amp, but however you set it, the fantastic tones just keep on coming. It feels more like using studio equipment to enhance an already great guitar sound, because the tones sound ‘produced’ but never processed.

Regardless of gain levels, the defining themes are punch and transparency. Without being excessively bright, you get the sense that you can hear your guitar – and by extension yourself – way better than usual.

We should also emphasise that punchiness shouldn’t be equated with spikiness, but rather an unusually articulate definition that holds true regardless of gain settings. Even when it’s up loud, you’ll still feel like digging in hard just to hear the CRS’ natural compression.

The CRS isn’t the type of amp you should think about dialling in for a blues, country or hard rock tone, because it’s not really genre specific. Instead, it’s more about making your guitar’s natural voice tone sweeter, clearer and more responsive than it has ever been before – regardless of gain levels. So whatever you need, you’ll almost certainly find it. 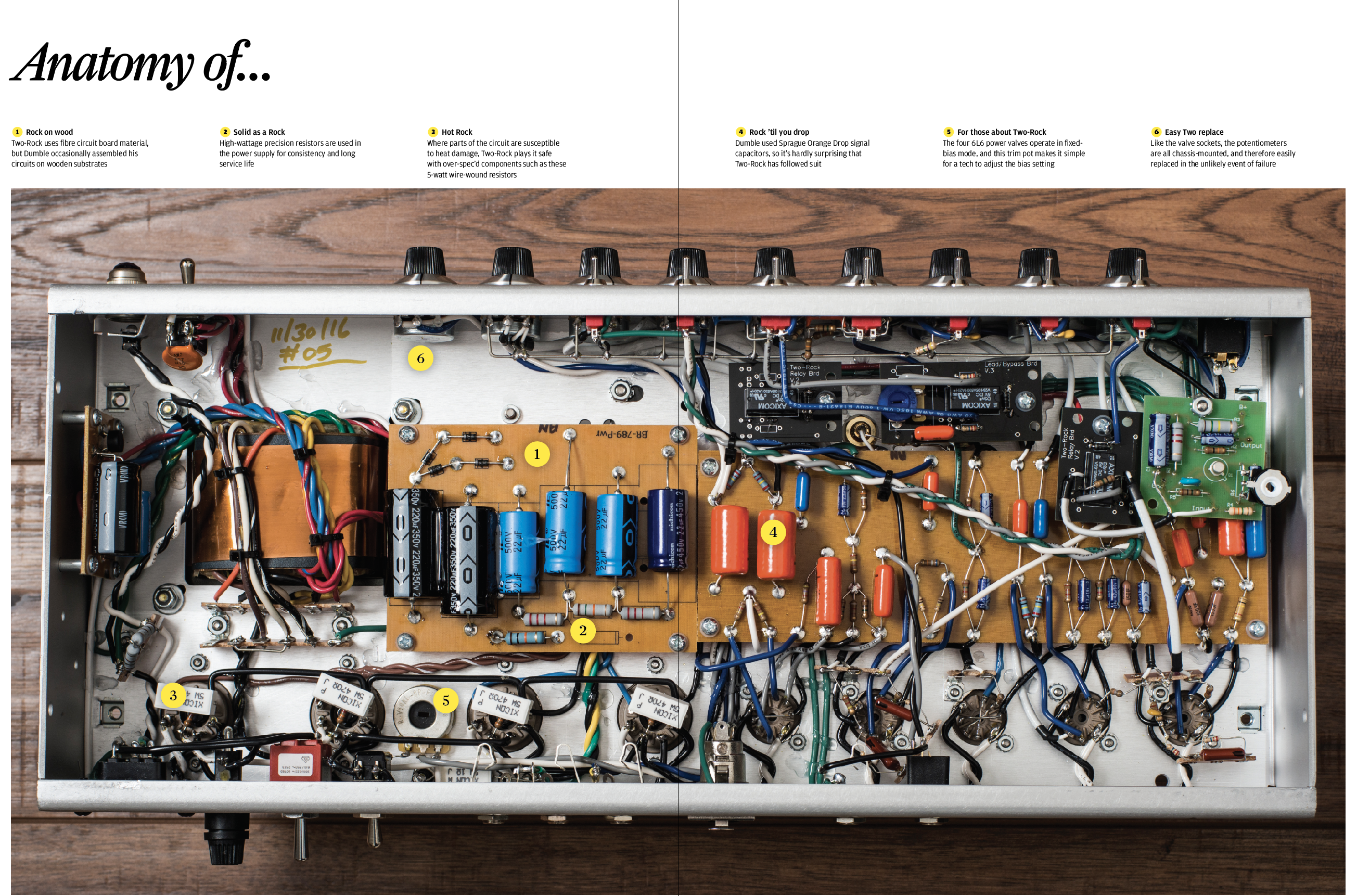 Oddly enough, once we had settled on a setting that suited us, we found we were able to swap from guitar to guitar without needing to adjust the amp. Rather than waltzing through the seemingly infinite permutations provided by the switches and knobs, you end up focusing on the important thing: making music.

The gain range is wide but not extreme, so super-saturated fuzz tones aren’t on the menu. Many of us resort to high gain to get the sustain we need, but with this amp it’s unnecessary. The CRS hangs onto every note tenaciously before working its magic on the harmonic overtones to create that elusive ‘bloom’ Les Paul fans often refer to.

With this amp, you can do it with any guitar. Chords ring true, single notes flow together and fast runs never deteriorate into an indistinct blur. Best of all, there’s always a hint of grit in the cream to remind you that the CRS is a rock ’n’ roll amp. 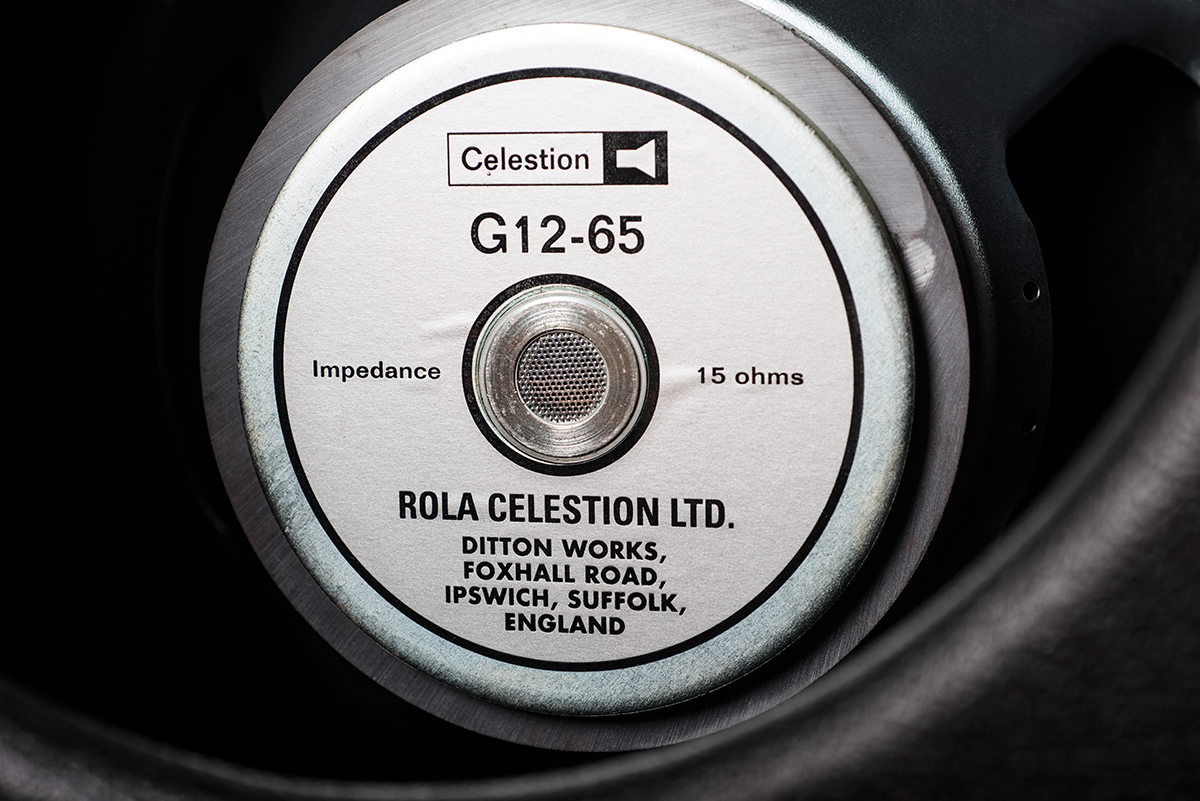 Some years ago, while reviewing a high-end acoustic, this writer was struck by the realisation that a great instrument can make you a better player. Things you struggle to accomplish on lesser guitars will come easier and, freed from physical constraints, you’re able to play more expressively.

This amp does the same for our electric playing – but it’s a double-edged sword because the Two-Rock’s extreme clarity leaves you with no place to hide. As we gain experience, we tend to figure out what works best for us – it might be a big clean pedal platform amp or a small, squishy combo to crank up at home.

Having pretty much decided where we sit on the spectrum (so to speak), this writer never really considered himself a Dumble sort of player – it turns out he may have been all along. Although the CRS is far from cheap, it’s a world-class tone machine at a fraction of the cost of the legendary amps that inspired it. 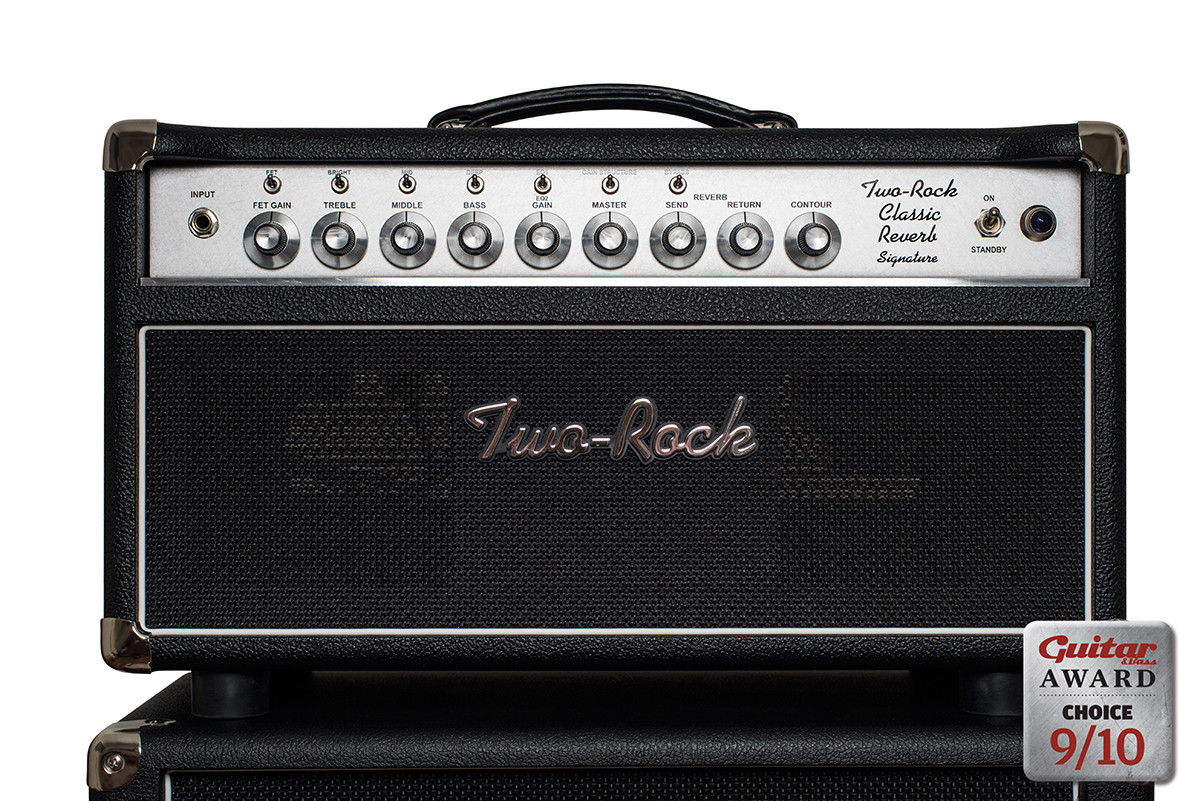 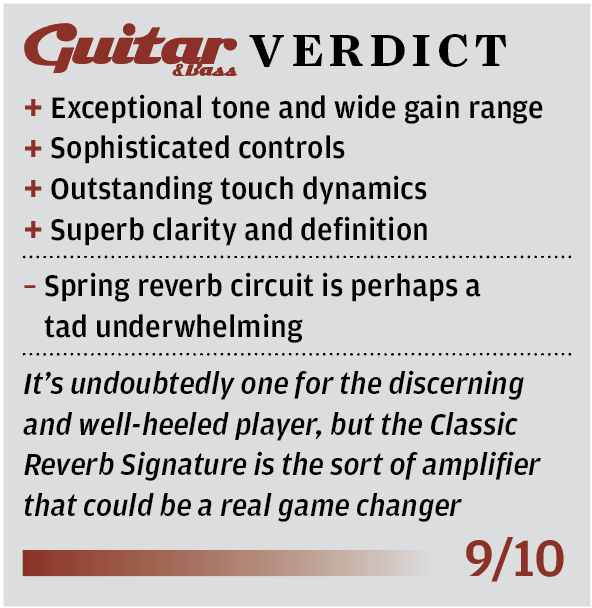