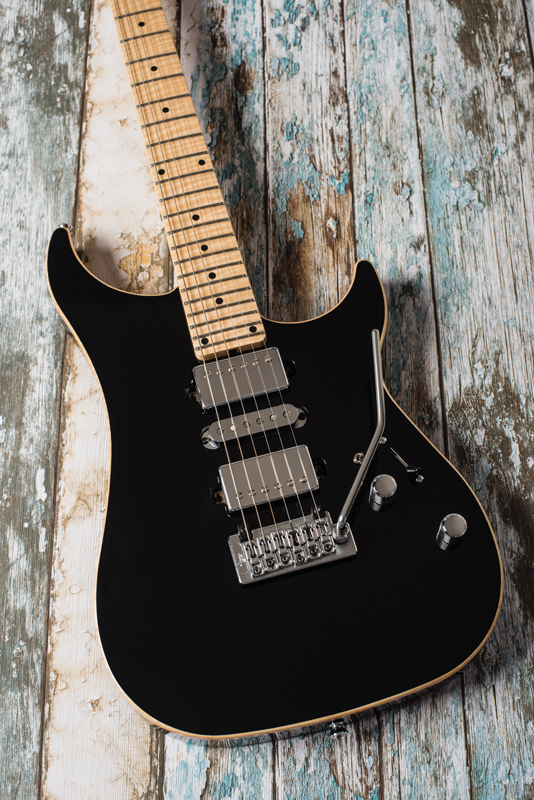 The last time an Englishman was granted possession of Excalibur, he broke it in a fight and tossed it into the nearest lake – getting it back in one piece only thanks to the skill and kindness of a passing underwater repairwoman. Amazing bit of luck, really; we’ve promised to be more careful with this one…

Like all Vigiers, the limited-edition Excalibur Ultra AP is a lovingly crafted weapon that comes with a suitably kingly price tag. Based in Grigny, a few miles south of Paris, the company founded by Patrice Vigier has been in business since 1980, and its guitars have been endorsed by players ranging from Walter Trout to Wes Borland.

You may have come across the Surfreter models, marked out by their fretless metal fingerboards and used to stunning effect by Guthrie Govan.

More recently, you may have come across the GV Rock we reviewed in the November issue. The GV series is a step in the direction of the Les Paul for Vigier, but this Excalibur is more in line with the S-type style with which the marque made its, er, mark. So, what’s so special about this model?

Well, the `A’ and `P’ stand for active and passive – and that’s not something we’ve seen from Vigier before. The active circuit, accessed via a toggle switch next to the volume control, was designed by Patrice himself for ultimate transparency, and it should get more than 1,000 hours’ use out of a decent-quality battery. 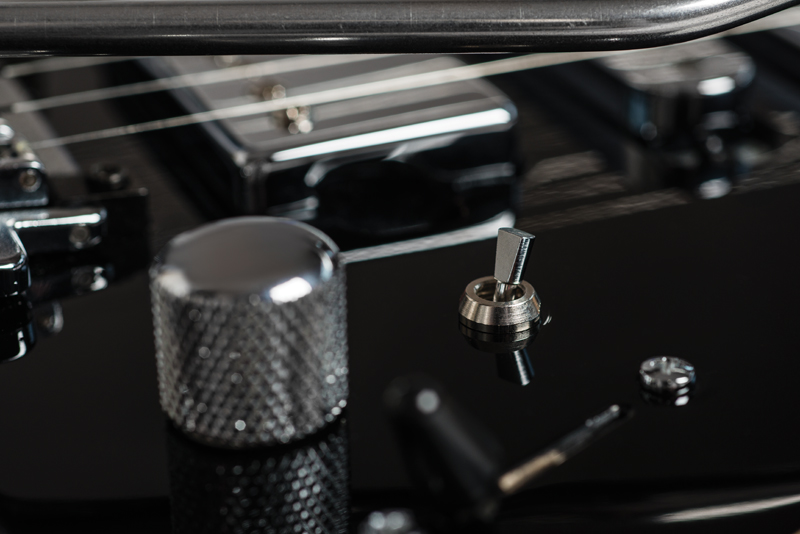 Cleverly, a little hole in the rear cavity plate means you can adjust the level of that active boost on the fly, as long as you have a dinky enough screwdriver (take the plate off and you can do it more easily with your fingers).

The pickups are German-made Ambers, a pair of humbuckers with a single coil in the middle, selected in classic Strat style with a five-way switch. There’s no scratchplate – emphasising the sleek, streamlined form of the guitar – and the only other controls are master volume and tone.

Vigier has deigned to carve out a rear chamfer for your shameful British beer gut, but the front is completely flat, as it really has to be to accommodate the scraped `binding’ effect that runs around its edge. This is done just as meticulously as it was on the GV Rock, and the strip of unpainted alder looks much more striking against this rich gloss black finish than it did against the other guitar’s matt red. 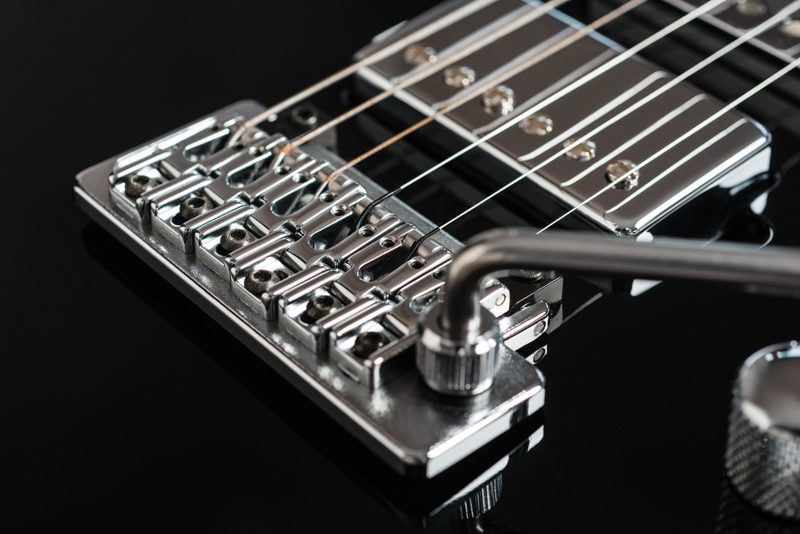 The neck heel is a standard squared-off shape, but the lower cutaway is deep enough to allow trouble-free access to all 24 frets.The neck itself is a single piece of maple reinforced with Vigier’s 10/90 system: a carbon fibre bar running through its centre that means it will never warp, or require adjusting for different string gauges.

The frets – actually there are 25 if you include the zero – are moderately chubby, and the fingerboard has a modern 12-inch radius for shred-friendly playability. The bridge is a two-point vibrato type of Vigier’s own design, complete with solid-looking roller saddles; at the other end, we find locking tuners and a teflon nut to guide the strings gently over that zero fret.

Fortunately, this Excalibur doesn’t come embedded in a massive stone, just a Vigier-branded Hiscox hardcase. The whammy bar screws in simply, a cable goes into the stylishly angled output jack and we’re away.

First impressions of the acoustic tone while the amp warms up are good, though it is worth pointing out that two humbuckers plus a single coil do take up quite a lot of space ± if your sloppy strumming has ever struggled to find a pick-sized gap between the three ‘buckers of an SG Deluxe, you may find this only slightly less challenging. 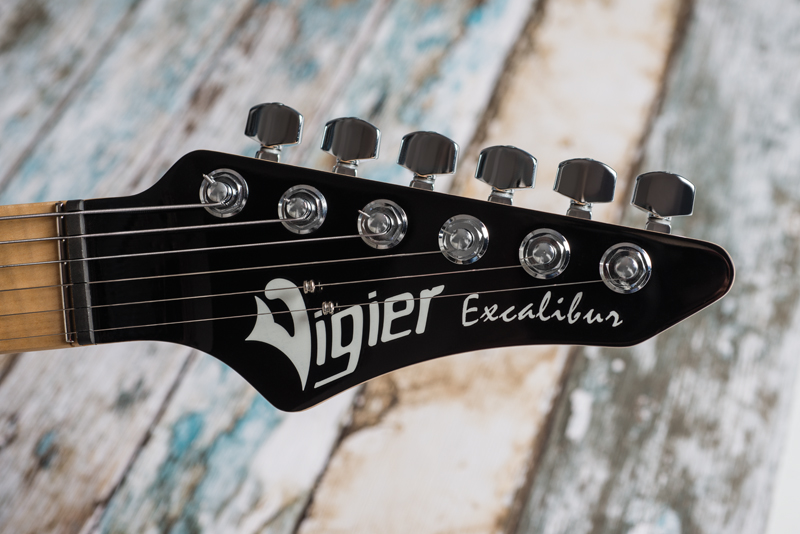 Beginning in passive mode, the bridge pickup is a smooth-sounding unit with just enough cut for sophisticated clean tones – there isn’t a lot of spanky character, but you wouldn’t call it lifeless either. Moving to the single-coil pup thins the tone down a little, but really not as much as you might think; it’s still a bit of a smoothie but now with a touch of cluck, like an extremely refined Strat.

The neck humbucker is a good match for the one at the bridge, with a naturally jazzy feel and no danger of falling into woolliness. There are no surprises in the `between’ settings: middle and bridge is quite phasey, if not as downright quacky as a standard Stratocaster, while middle and neck is extremely sweet but bears no evidence of a visit to the duck pond at all. Decent results all round for the clean stuff, then ± now let’s turn up the gain and frighten some grannies.

This is a rock guitar at heart, and all five settings respond beautifully to overdrive – especially the bridge humbucker, which can sound absolutely massive even without the active boost. When we do flick that little switch, the difference in output level is insane. 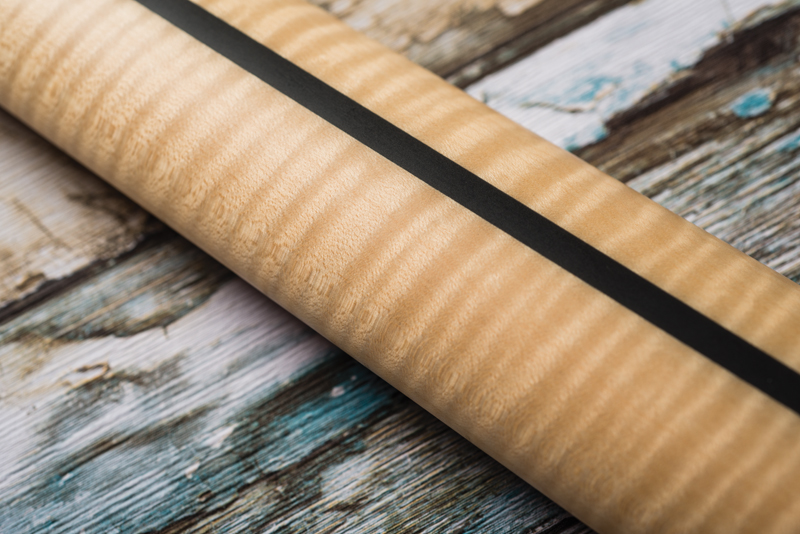 Vigier doesn’t give a decibel figure for what’s being added here, but if the trim pot is set to full blast it will go smacking into your amp’s front end like a startled horse.

It is monstrous and yet every bit as transparent as Vigier claims, with no obvious colouring anywhere on the EQ spectrum and no complaints about the guitar’s character being squished out. The only pity is that when you do go back to passive mode it sounds like a distant banjo in comparison.

In most circumstances, a sensible move would be to set the boost somewhere below halfway, maybe as low as a quarter: enough to turn mild crunch into full-on distortion, but not enough to make house engineers hate you.

Wherever you choose to set it, this is a fine feature that turns the Excalibur Ultra AP into a blistering lead machine with great sustain and articulation on all pickup settings. And the vibrato works great, too, pulling up a little over one tone and down all the way to the underworld, then returning to pitch with reliable accuracy, no matter how wildly you batter it. 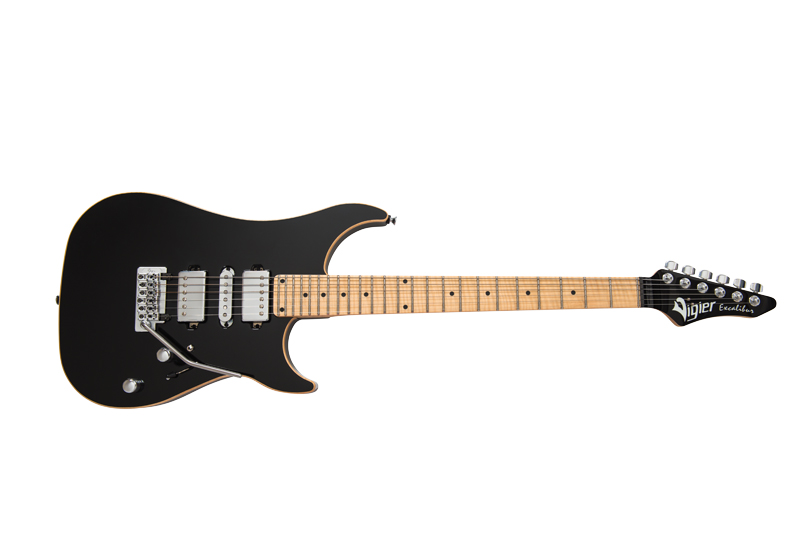 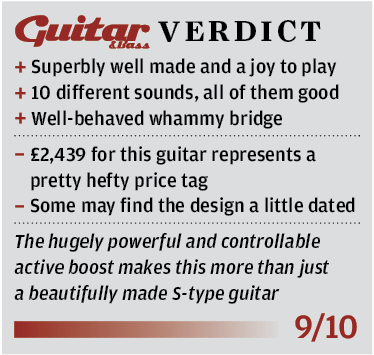