The best-known electric luthier outside of the US unveils a new single-cutaway design. 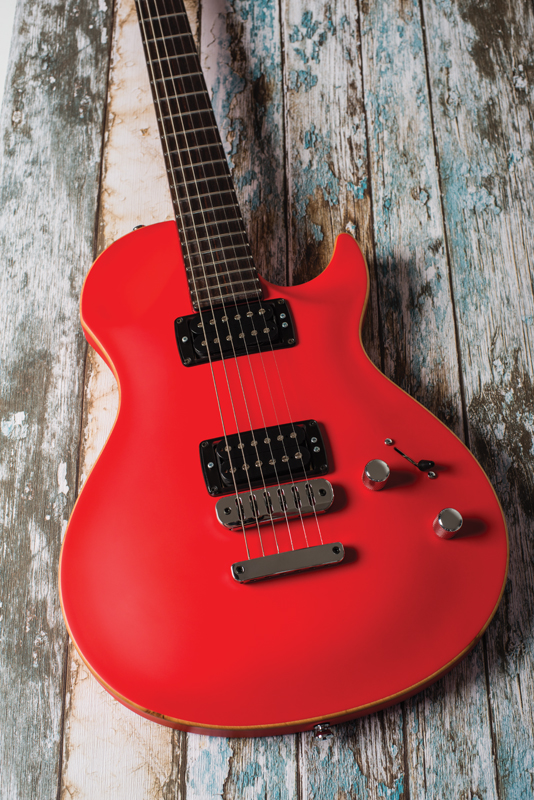 France may not appear a very rock ‘n’ roll country. Alhough they have their pop stars, and their sophisticated chanteurs, the whole grubby `being in a band’ culture is just not as deeply ingrained as it is on this side of the Channel.

But the good news for those French people who do want to rock is that they have lots and lots of trees – almost 10 times more than the UK by total forested area – and Patrice Vigier walking among them with a big chainsaw.

Well, he might not actually be chopping them down himself, but Vigier is perhaps the best-known electric luthier outside of the USA, and his company sources all its timber from French forests. You don’t get much more `made in France’ than that.

This is a high-end brand with a deserved reputation for thoroughness and attention to detail, typified by the fact that all that wood is left to dry out for at least three years before use.

Vigier has long specialised in metal-ready shredders, but the single-cutaway GV models have been adding a Les Paul-ish element to the range since 2009. This year’s version of the GV Rock brings cosmetic changes and one more significant addition: 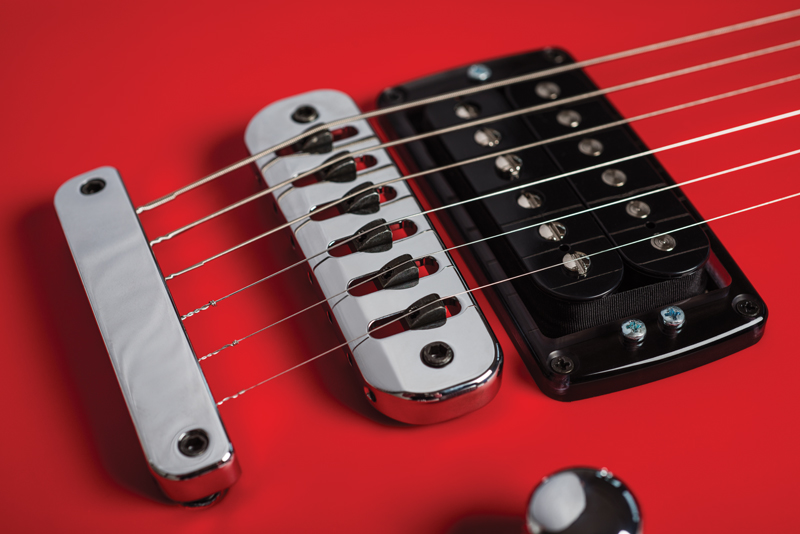 a Lester-like maple top on the alder body. This Revolution Red finish is one of four new colours, all with faux binding on the body – that is, a strip of paint carefully scraped away from the front edges to reveal the maple beneath. There’s also a new embossed metal logo on the headstock.

The front of the top bout has a subtle yet distinctive chamfer, which brings a kind of symmetry with the one below, if nothing else; the curved edges around the back of the body are more welcome, especially on the heel of the bolt-on neck, where filing off the corner has brought obvious benefits for access to the upper frets.

We’re not sure what to make of the overall look of this guitar, though – the combination of a powdery matt finish, uncovered humbuckers and an unbound, unmarked neck does not immediately chime with the four-digit number at the top of this page.

A close inspection, however, does reveal a level of immaculate construction and finish that you’re unlikely to find on a more modestly priced instrument. That scraped binding effect has been pulled off flawlessly, and little touches such as the neatly recessed output jack add to the aura of craftsmanship.

Hardware-wise, there’s a clear preference for sleekness over bling: the chromed bridge is essentially a tune-o-matic redesigned, with smoothly curved saddles to minimise the risk of string breakages; it forms a clean and tidy ensemble with the flat-topped tailpiece. 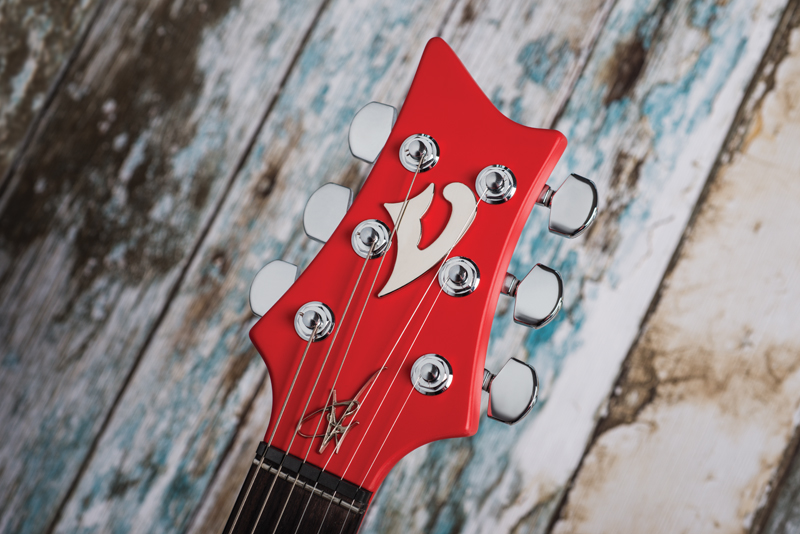 The only other occupants of that maple top are master volume and tone controls, plus a five-way pickup switch. Hmm, five settings for only two pups? Brace yourself for some coil-tapping…

First, we’ll check out the neck, which is (painted) maple with a rosewood board, and has been rendered eternally warp-proof – in theory at least – by Vigier’s 10/90 system: put simply, a solid carbon-fibre core instead of an adjustable truss rod.

The scale length is 630mm, just a smidge longer than a Gibson’s, and the fretboard has a decidedly modern radius of just under 304mm (12∫). There’s a zero fret, which is actually formed of six individual `saddles’ so they can be replaced one by one in case of wear.

You might well say this is bonkers; we couldn’t possibly comment. Behind that is a teflon nut, while the headstock has a PRS-like asymmetrical shape, and holds three locking tuners on each side.

The German-made Amber humbuckers have been custom-voiced for this guitar, and the bridge pickup wastes little time in transforming the GV Rock’s richly resonant and cultured acoustic tone into a festival of snarl. It’s got lots of punch, and – the bit you really can’t miss – much more brightness than a conventionally voiced ‘bucker or P-90. 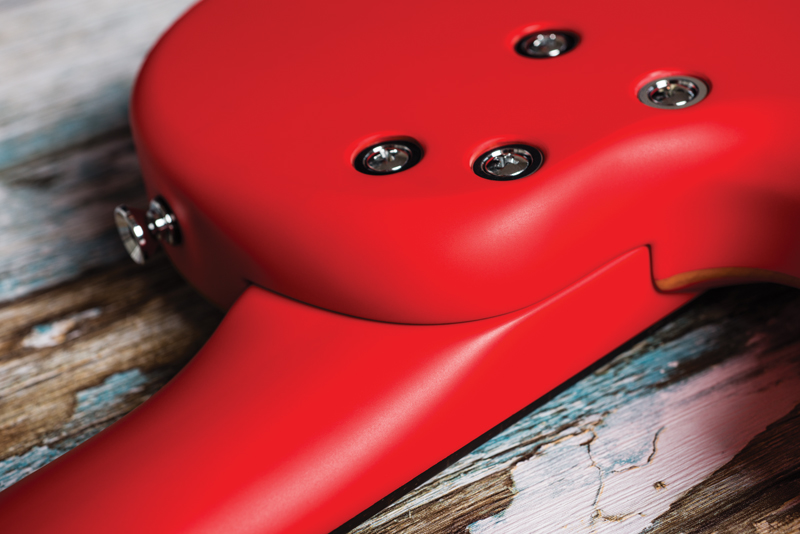 The tone control does little to tame the spikiness until it’s close to fully off, which is disappointing, but it’s not going to be an issue for most rock players: if you like the chunkiness of Les Pauls, but crave something with a more aggressive top end, here it is.

The neck pickup is fatter and smoother, as you’d expect, but not by all that much – thanks to the maple top and the fieriness of the pickup, there’s still plenty of bite in the attack. Pile on the gain with the right amp and your widdliest lead runs will remain clear and clicky on all six strings.

Take the gain off again and you might be surprised by the smooth jazz tones. Either way, your fingers will thank you for choosing such an easy neck to show off on: it’s just enough of a handful to feel like a grown-up guitar, and the medium-sized frets are impeccable. 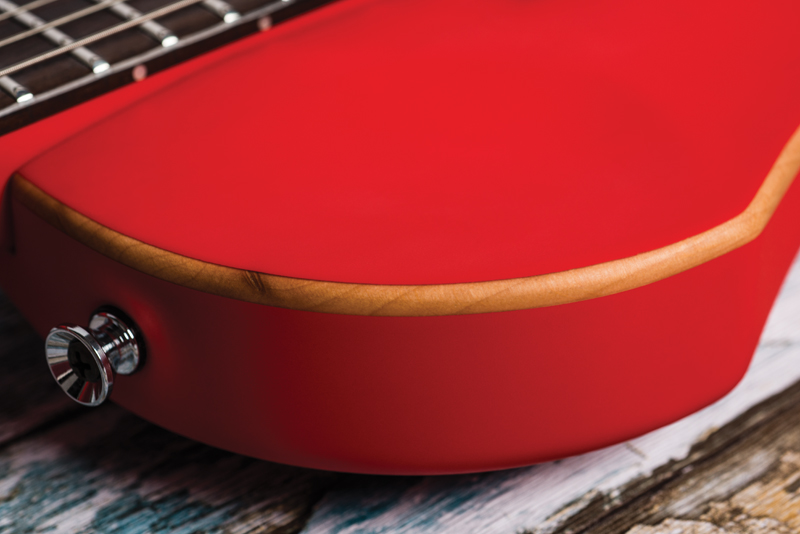 One thing the GV Rock can’t give you is the sound of two humbuckers at once, because all three of the middle settings put it into single-coil mode. We’re now dealing with something closer to a Telecaster than a Les Paul: the overall output level is markedly lower, while the transparency and sparkle are higher.

In fact, in the middle position it’s brighter than my US Standard Tele, if not as clucky in character, with just a wee bit less bottom end.

The neck pickup in single-coil mode comes across as being extremely refined, displaying a soft spot for funk, while the bridge unit works well with a Tube Screamer for mid-gain crunchy riffing. Add metallic levels of distortion and it will pay you back with just about as much trebly sting as the human ear can take – which might be just what you need to cut through a sludgy mix.

You’re unlikely to fall properly in love with any of these coil-tapped tones, though. Where they’ll probably find most use is as sweet rhythm sounds to sing over, before the humbuckers leap out of their box for the big solos. 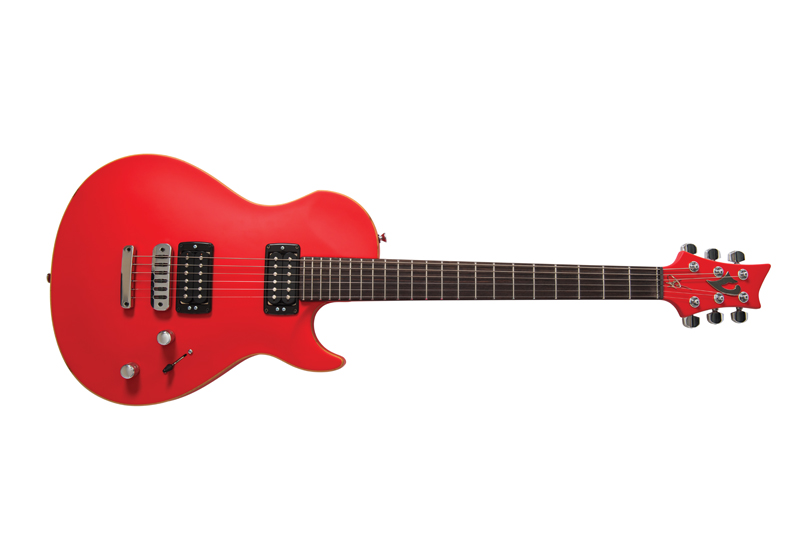 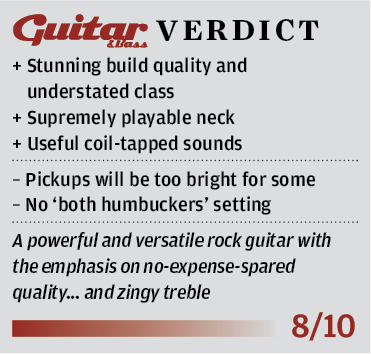