Finding a vintage reverse-body Firebird without a headstock repair is hard enough, but when custom colours are thrown into the mix, they’re scarce indeed. 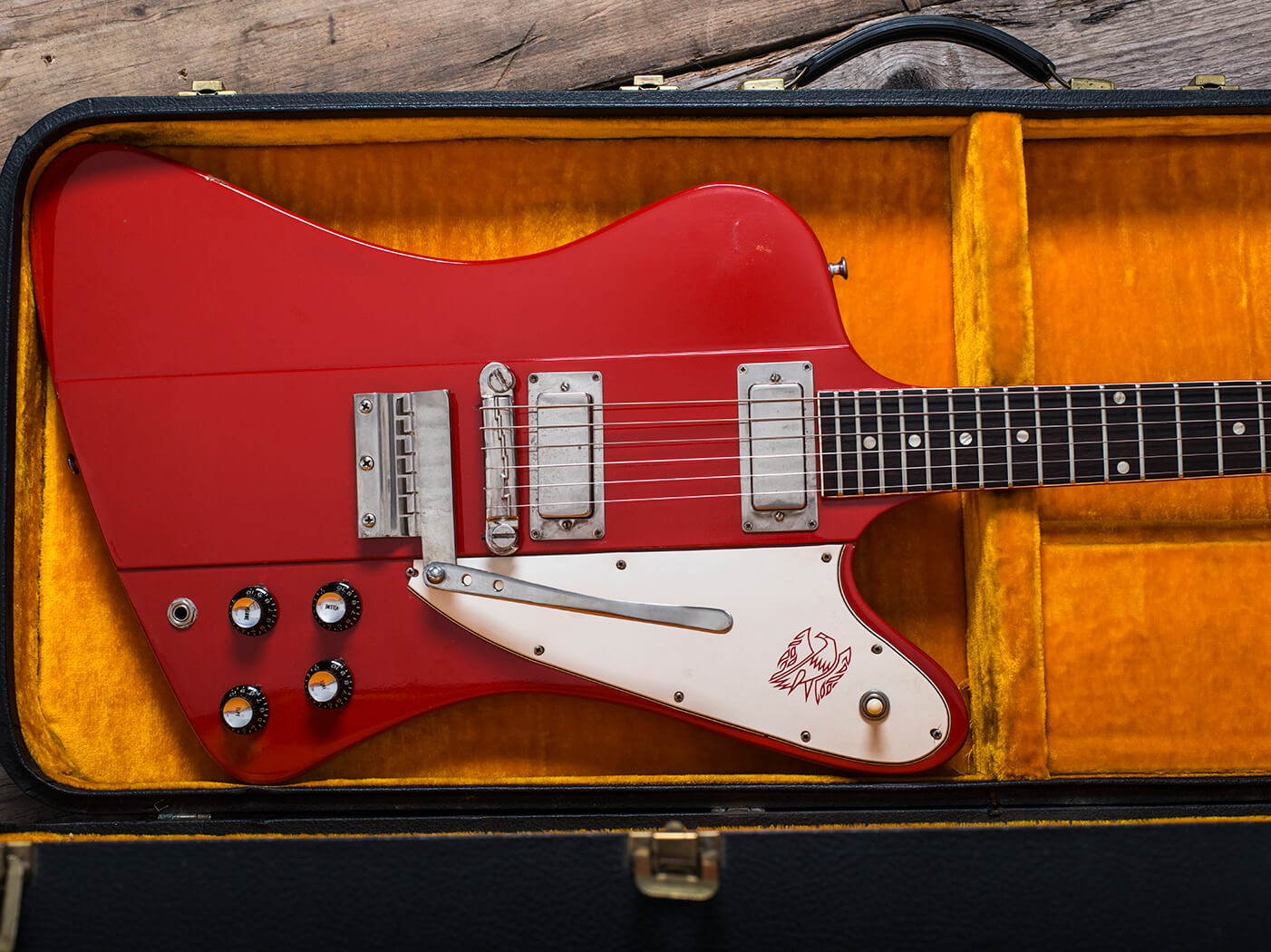 Even in sunburst, the Gibson Firebird must have seemed breathtakingly modernistic in the early 1960s, but this red rock machine would have really turned heads on concert stages.

Originally an Oldsmobile car colour, Cardinal Red was Gibson’s acrylic equivalent of Dakota Red. The finish is still incredibly vibrant on this guitar and looking under the truss-rod cover, the shade is identical. This suggests that if there are nitrocellulose topcoats, they’ve seen very little daylight.

Interestingly, Gibson sprayed over the fingerboard binding. We suspect that tiny circular pieces of masking tape were applied prior to spraying and later removed to reveal white faux dot markers. 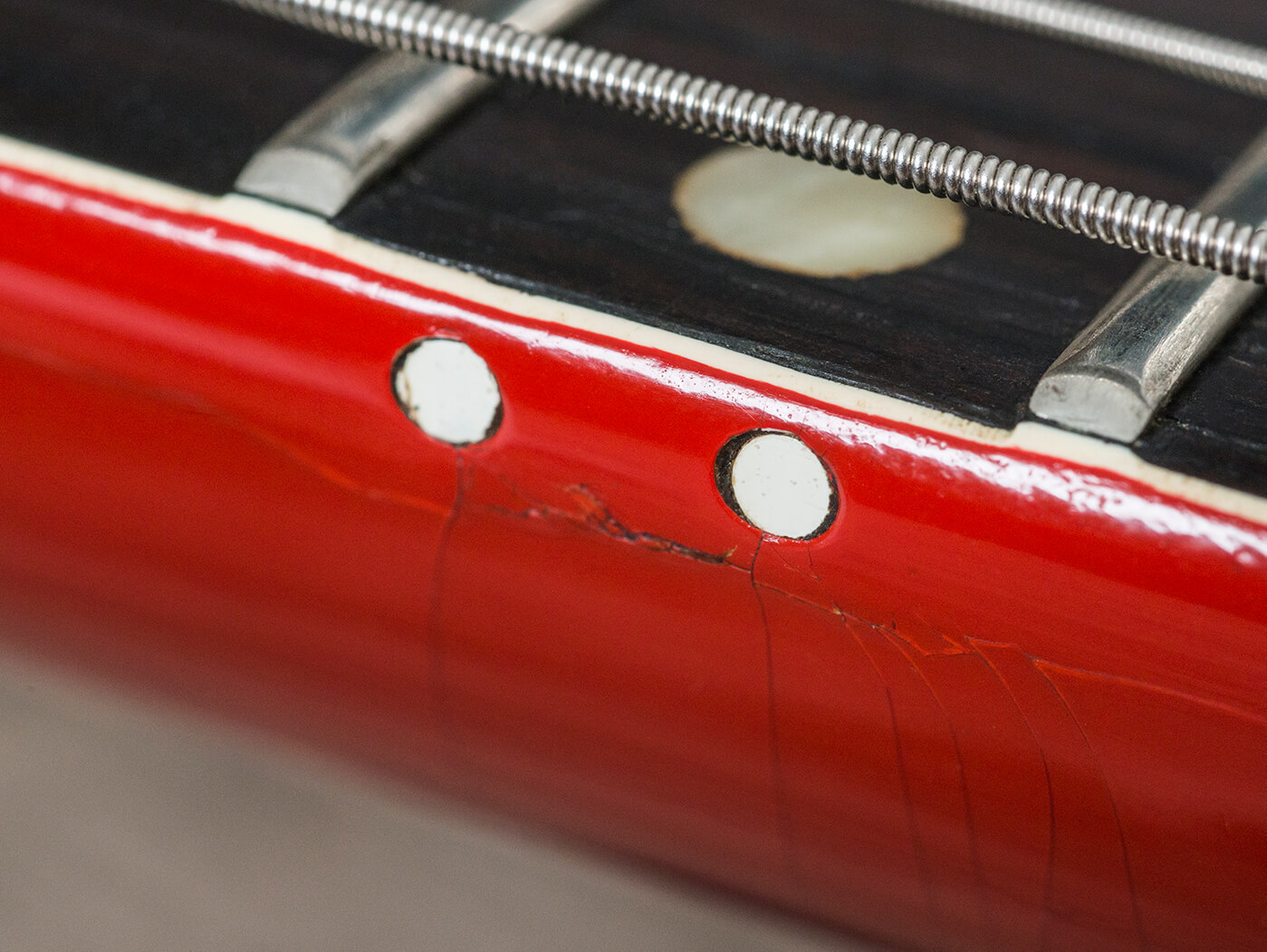 Everything associated with this Firebird III is otherwise standard, including a wrapover bridge and a top-mounted vibrato. This gives owners the option to disengage the vibrato and string up Junior-style.

The only minor blemish in the otherwise excellent finish is on the upper bouts. It appears to be glue residue from something that was once stuck onto the guitar. Fortunately, the paintwork is undamaged and a skilled luthier may be able to polish it out. 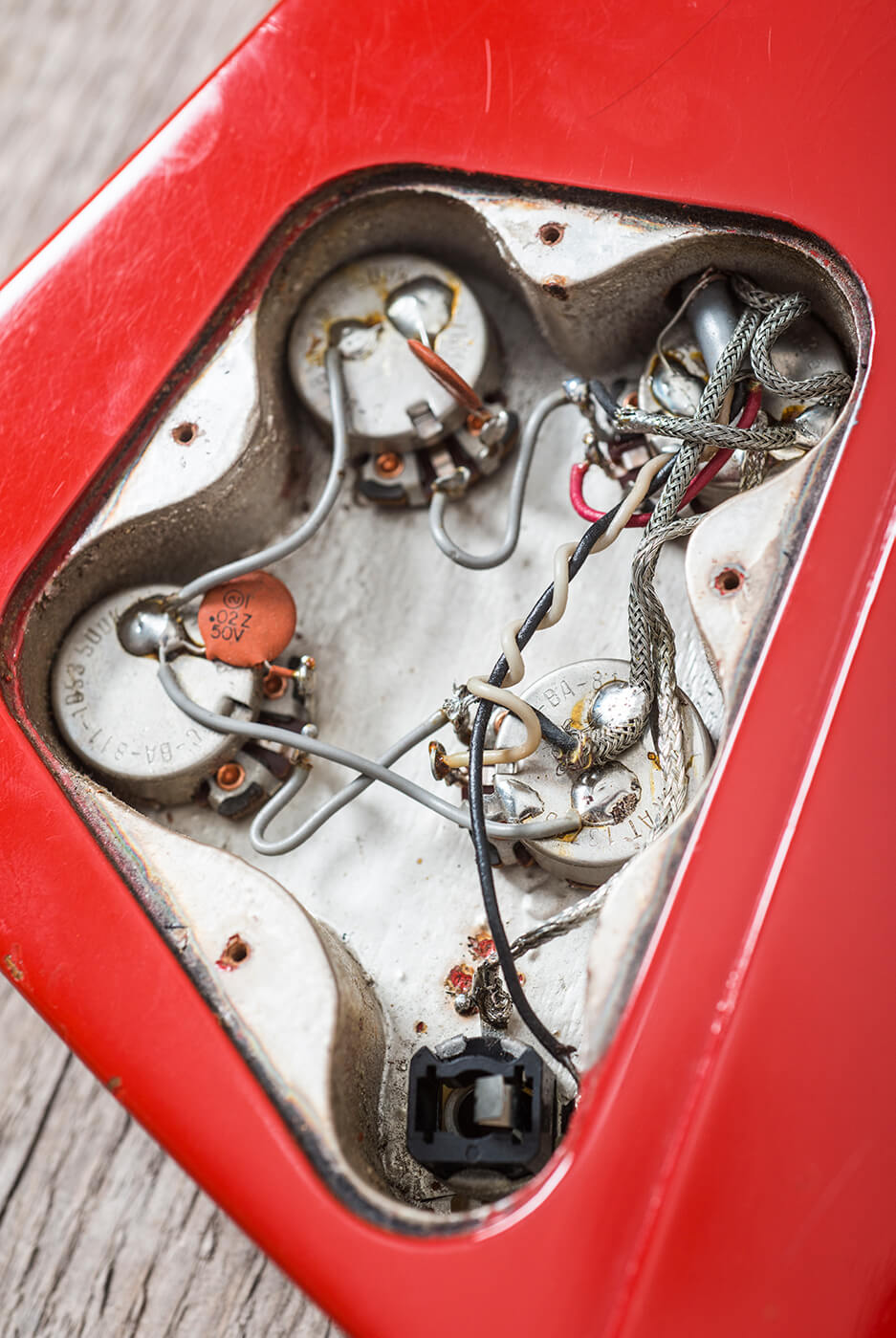 Inside the control cavity, there’s conductive paint rather than a brass lining and the cover plate has a metal backing. All the original wiring appears untouched and with space at a premium, Gibson installed tiny 022uF ceramic tone caps.

Another commonly touted piece of Firebird lore suggests that they’re the most Strat-like of Gibsons. This is largely based on the brightness and clarity of the scaled-down humbuckers that were designed for this model. We understand this, but might suggest that the Firebird actually sounds closer to a 1950s Tele. 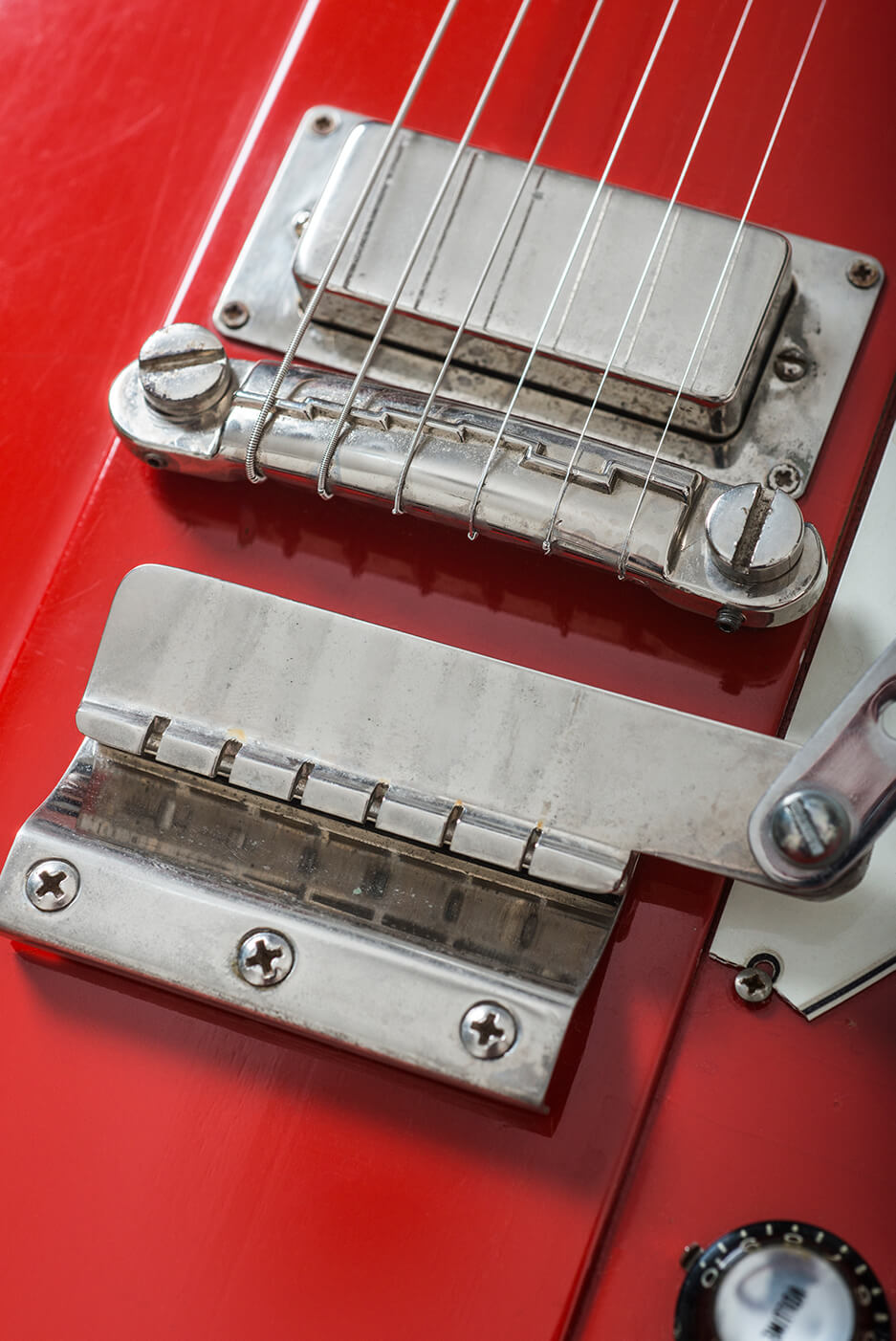 There are various reasons for this. Principally, the Firebird’s bridge pickup combines Fender-like treble with the quacky midrange resonance of a Tele pickup and the tone is a little too full to be convincingly Stratty. There’s also an intriguing phasiness that’s especially noticeable on the wound strings.

On the neck unit, you get the tonal contrast that is also reminiscent of good Telecasters. The brightness remains, but there’s a warmer and more ‘neutral’ quality. It’s probably not that far off the low-impedance jazz tone Les Paul was always shooting for and there’s no trace of quackiness.

The thing that really distinguishes the Firebird from any Fender is a very slow and even note decay. As a result, the distinction is more in the dynamics than the sound per se. We also notice that the neck pickup is more powerful than the bridge unit, despite being set low, while the bridge pickup is jacked up close to the strings. 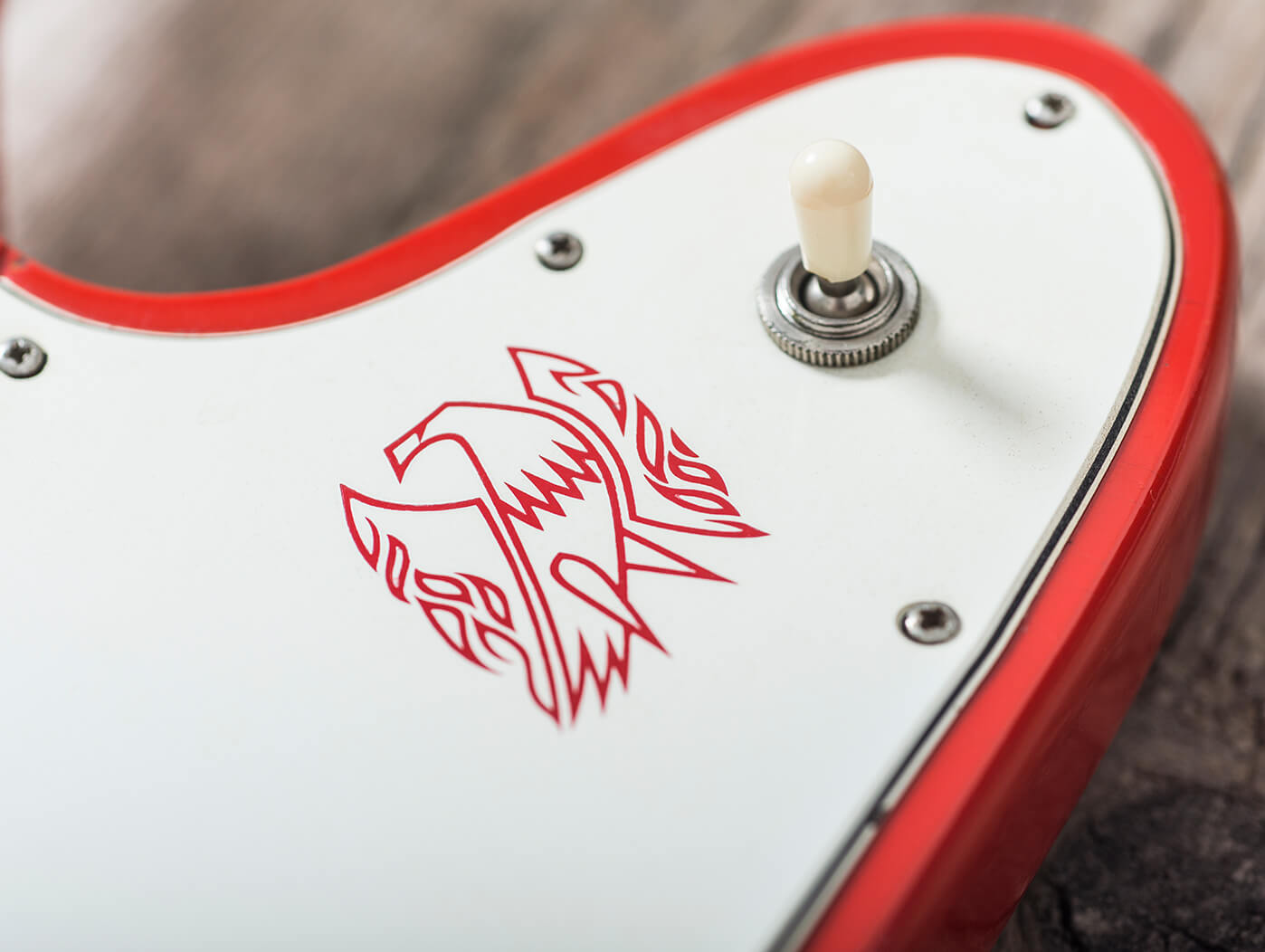 The DC resistance readings are 6.08k and 5.8k respectively and with so little difference, it’s hard to offer an explanation, but it was the same with the Firebird VII we featured in 2018.

The control layout has the volume controls on top with the tone controls beneath. Since they’re so tightly clustered, it actually makes sense. Placing the three-way pickup selector on the cutaway horn works well, too. It’s well out of strumming range, yet quick and easy to access.

Firebirds are often associated with classic rock and the incendiary slide playing of Johnny Winter, but we feel this guitar particularly excels for clean and mildly overdriven tones. It’s surprisingly adept at indie jangle, country picking and funk tones and in the middle position, the Firebird pulls off a fairly convincing Gretsch impersonation. 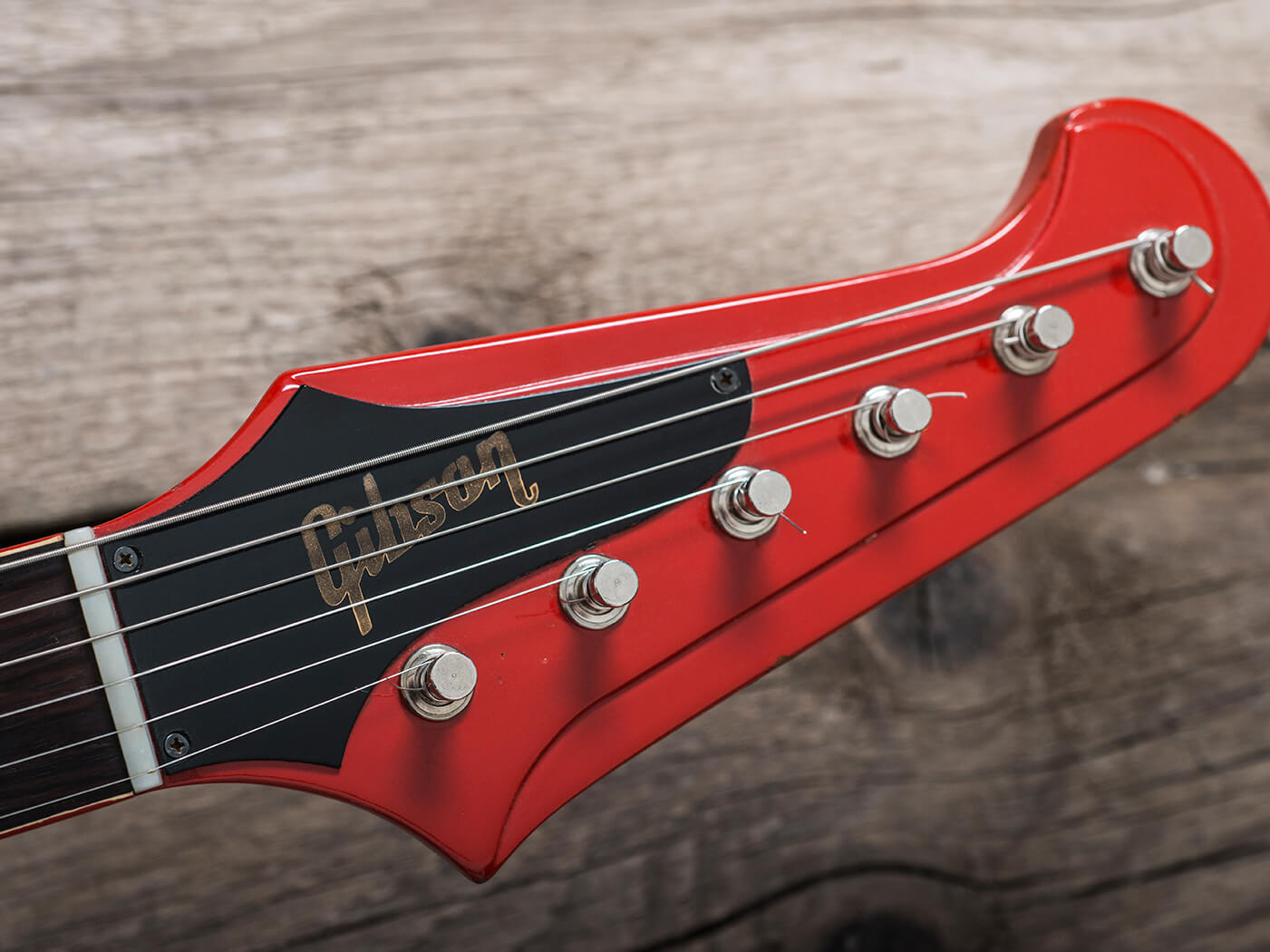 With overdrive and distortion, you probably won’t get away with the usual amp settings you’d opt for with a Gibson-style guitar. Due to the extended treble and upper midrange, some sweetening of the amp tone may be required.

Before making snap judgments, we would suggest rolling back the treble and presence, and maybe boosting the bass. You might even consider using the very effective tone controls on the guitar.

Clearly, the Firebird is never going to deliver the sheer heft of a Les Paul or SG. Instead, you get unusually clear and cutting overdriven and distorted tones with articulate attack and a pleasingly vocal quality.

We habitually begin electric-guitar reviews and features with assessments of their acoustic qualities. On this occasion, we’re turning the convention on its head, because we want to try a little experiment. Since there are two methods of stringing up this guitar – with the strings anchored in the vibrato or wrapped around the bridge – we want to determine which sounds best.

In the process, we discover that Firebirds aren’t the easiest guitars to restring and that switching to wrapover mode dramatically improves the tone and feel of this guitar. Prior to doing so, it was hard to imagine that the sustain could be improved, but it turns out it can.

The most significant change, however, is the way the Firebird’s tone fattens up. The edginess we were slightly struggling with has been attenuated. The Firebird remains brightly toned, but it’s now tempered by a woody growl that adds depth and sonic interest.

The downside is that you can’t use the vibrato. Some might say ‘so what?’, but whether you regard the design as crudely agricultural or an exemplar of minimalist elegance, it actually wobbles chords and simulates finger vibrato effectively enough. The only challenge is preventing the adjustable arm from falling off.

Reverse Firebirds cannot be described as the most well balanced, comfortable and ergonomic guitars. Their raison d’être is visual impact, but they have much to recommend them sonically, too. But to use this guitar day-to-day, a replacement wrapover bridge would be needed to get a plain third (G) string to intonate properly.

It’s hard to imagine a better-preserved example of a custom-colour Firebird than this and although it’s eye-wateringly expensive, we found one other example for sale online at the time of writing and it’s priced substantially higher than this. Rare examples in this sort of condition attract a premium, but we would expect most of our observations about this guitar to apply to any vintage Firebird III, irrespective of finish.