The ES-175 was introduced as an affordable jazz guitar, but its popularity has endured because it can do so much more – just ask Steve Howe. We check out a 1956 ES-175D with a brace of P-90s and the early-style tailpiece. 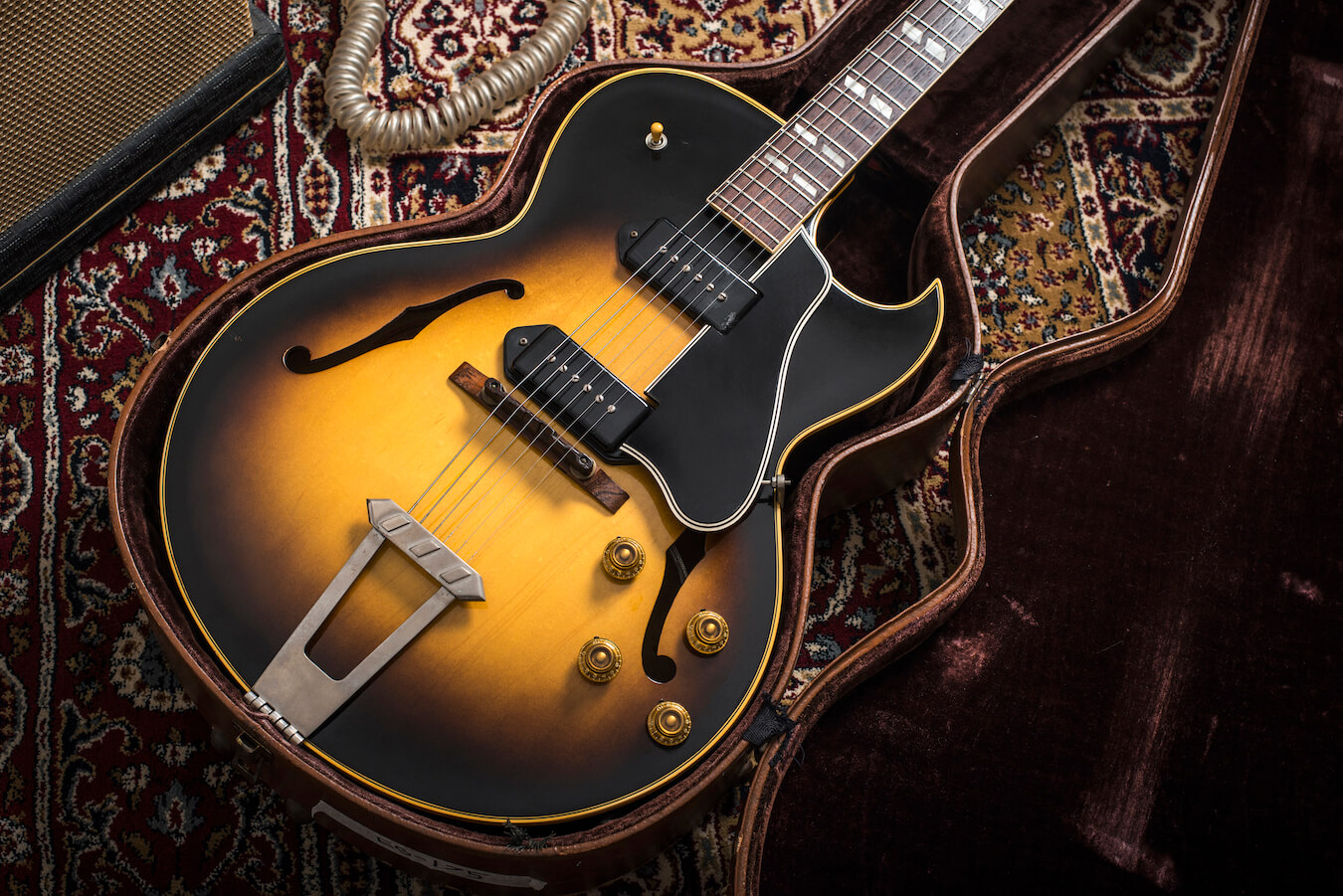 Looking for vintage mojo? The history here is palpable before you even open the period Lifton case. A hand-made leather cover is laced over the ever-vulnerable handle and on the lid, there’s a well-worn sticker advertising The Church Of God Of Prophecy, a Pentecostal Holiness Christian church with its origins in early 20th-century Tennessee.

There are plenty of anecdotes about vintage guitars surviving unscathed after only seeing use in weekly church services. Although we can merely speculate about its history, the aforementioned sticker and stellar all-original condition of this ES-175 suggests that it has remained untainted by the devil’s music since it left Kalamazoo in 1956. Until now, of course.

If it has spent most of its life in the South, the sunburst’s vibrant colour and absence of tan lines under the slightly warped pickguard suggest the guitar was kept away from sunlight, perhaps spending most of its time ensconced in its case. The minimal lacquer-checking also suggests it enjoyed life in a warm environment. 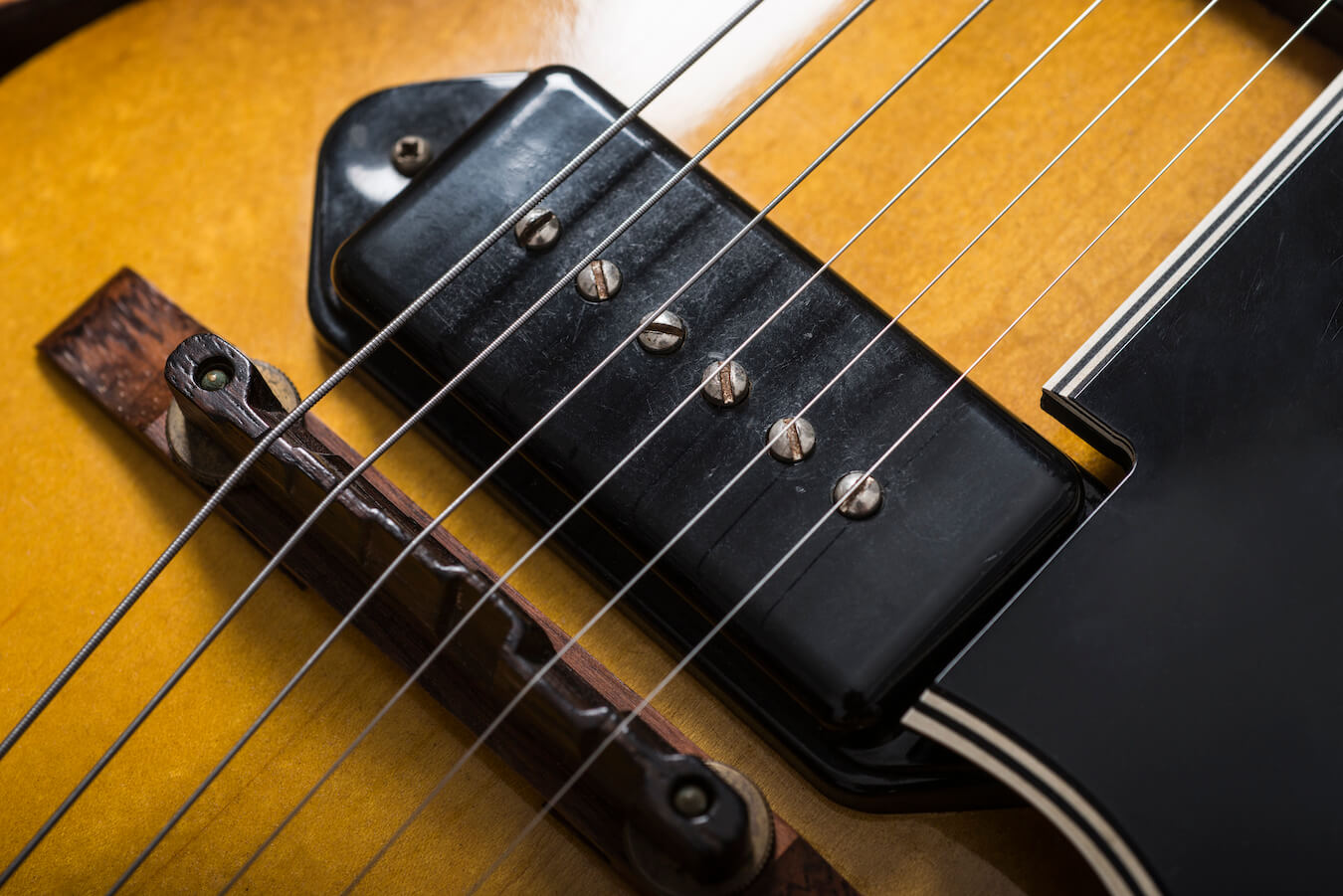 Elsewhere on the guitar, there isn’t much playwear to speak of. The tobacco-brown lacquer is unchecked and retains its full thickness. After a quick rubdown with some finish reviver, it would probably shine like new. You can see a little of the mahogany showing through in a couple of areas below the binding, but we are more inclined to attribute that to inaccuracy when the binding was being scraped.

Even so, this is no time capsule – a sizeable chunk of lacquer is missing on the volute’s bass side and there’s a small scrape near the fifth fret on the treble side. Besides a handful of minor dents and dings, the body finish is in lovely condition. There are some scrape marks near the jack socket, but this may testify to the difficulty of plugging in by votive candlelight.

As expected, there’s a full set of no-line Kluson tuners with a crown inlay on the headstock and a single-ply black truss-rod cover. In contrast to the ES-175s made from early 1957 onwards, earlier ES-175s have fewer parts to pilfer for nefarious Les Paul-related purposes. Mid-50s knobs and switch tips might be fair game, but the originals remain with this guitar. 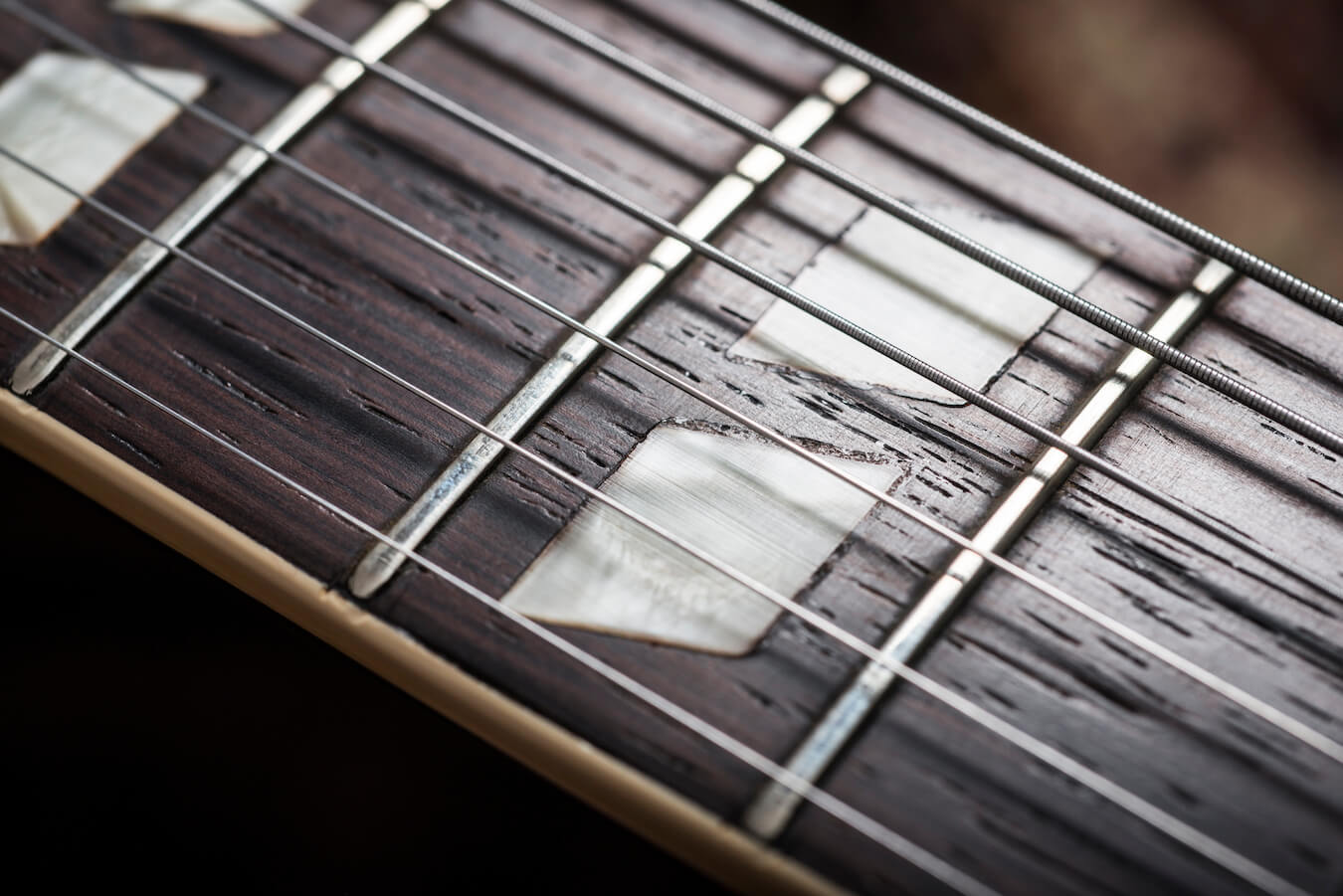 Strictly speaking, ES-175s had a single pickup and this is actually an ES-175D – with ‘D’ denoting the presence of two ‘dog ear’ P-90s. The neck unit sits flush with the top, but the bridge has a riser for balance. Some might suggest that the ES-330 would have benefitted from something similar, but in this case it’s unavoidable, because the ES-175’s geometry is essentially that of an archtop acoustic.

The strings are about 23mm above the body when they reach the bridge, but on an ES-330 it’s closer to 18mm. Vintage ES-175s always had a carved rosewood bridge with intonation compensation for wound G strings. This one comes with the earlier-style tailpiece, featuring three raised parallelograms to match the markers in the Brazilian rosewood fingerboard. Both features were inherited from the L-4C.

Unlike the carved top L-4 models, the ES-175 has always had a laminated body. As such, it was never a ‘high end’ Gibson, but that didn’t deter such jazz luminaries as Joe Pass, Herb Ellis and the young Wes Montgomery. Laminated bodies are quicker and cheaper to make, but added benefits include greater strength and stability and better feedback resistance. 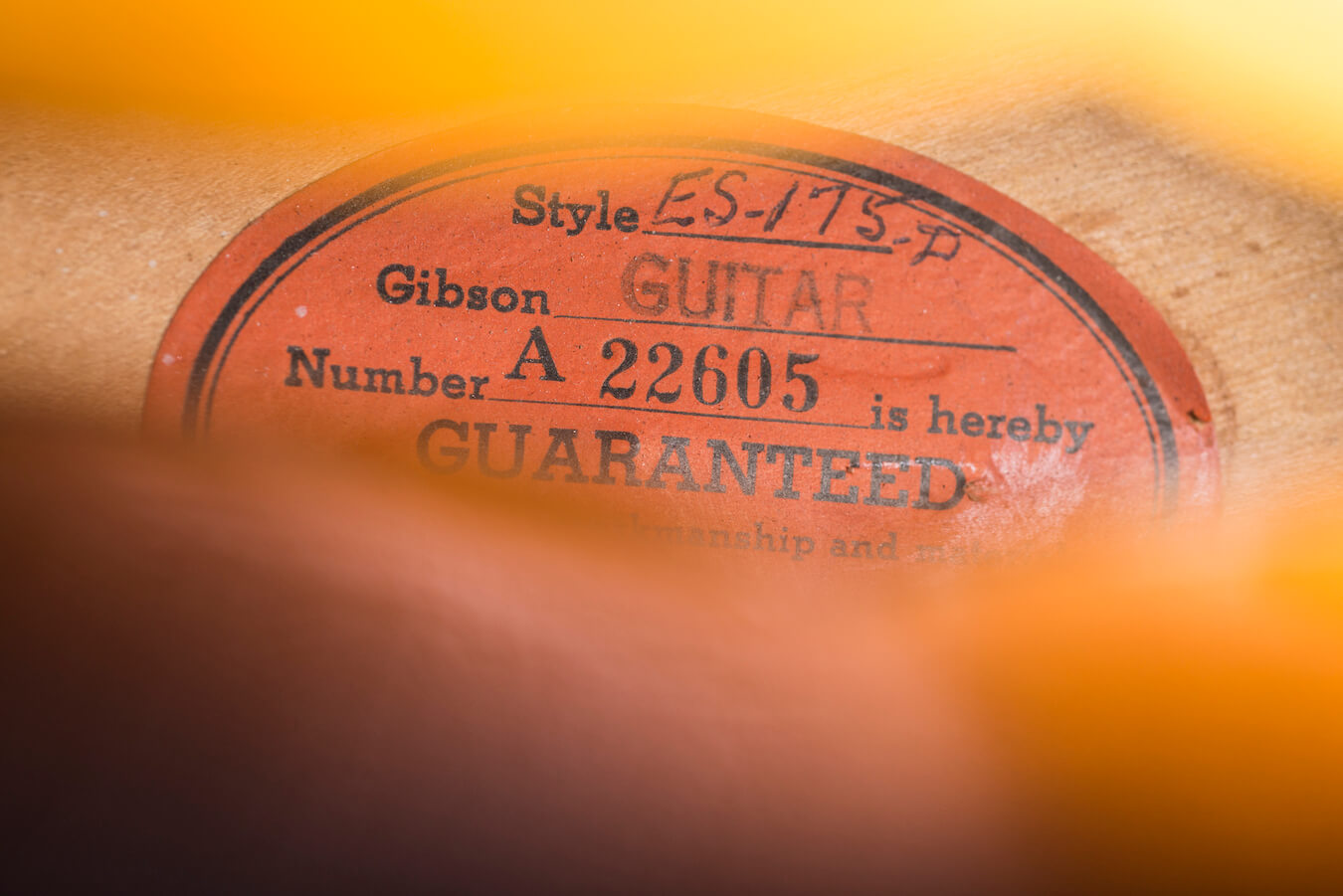 Consequently, this model has proved popular with pop, rock and fusion players – including Roddy Frame, Steve Howe and Pat Metheny.

The maple outer layers on this example are quite plain and there’s more figuring on the back than the front. More upmarket than the ES-225, Gibson used multi-ply front binding on the ES-175, but it’s single-ply on the back.

Everything appears present and correct on this guitar, but we suspect the strap button at the neck is a later addition. If you’re going to put one anywhere, it’s arguably a better location than on the heel – assuming, of course, that the screw is biting into the neck block. 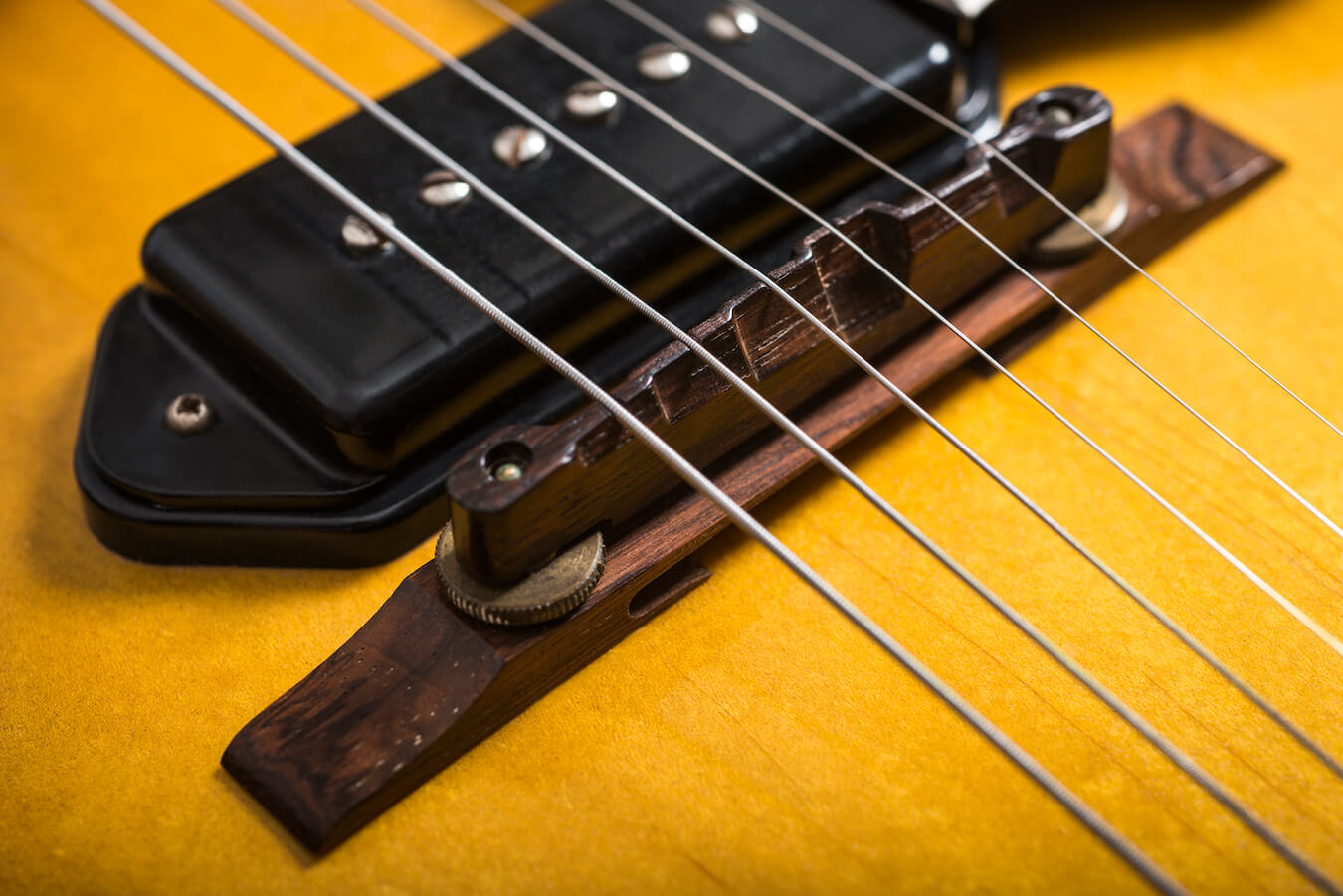 When we got our first opportunity to play a 1950s Gibson jazzbox, the neck profile left a powerful impression. It was chunkier than anything we’d played before. But after a few minutes, that profile went from feeling big to feeling like the most comfortable, ergonomic and least tiring neck of all time. We’ve since discovered that 50s Gibson necks are pretty consistent and this guitar has a great example.

There’s no discernible fingerboard wear and the original frets are in similarly fine fettle. Some may struggle with thin and low fretwire, but we have no issues with these. Then again, the guitar arrived strung with half-round strings – a midpoint between roundwounds and flatwounds. Since they’re not exactly conducive to bluesy bends, we might feel differently with our regular roundwound set. 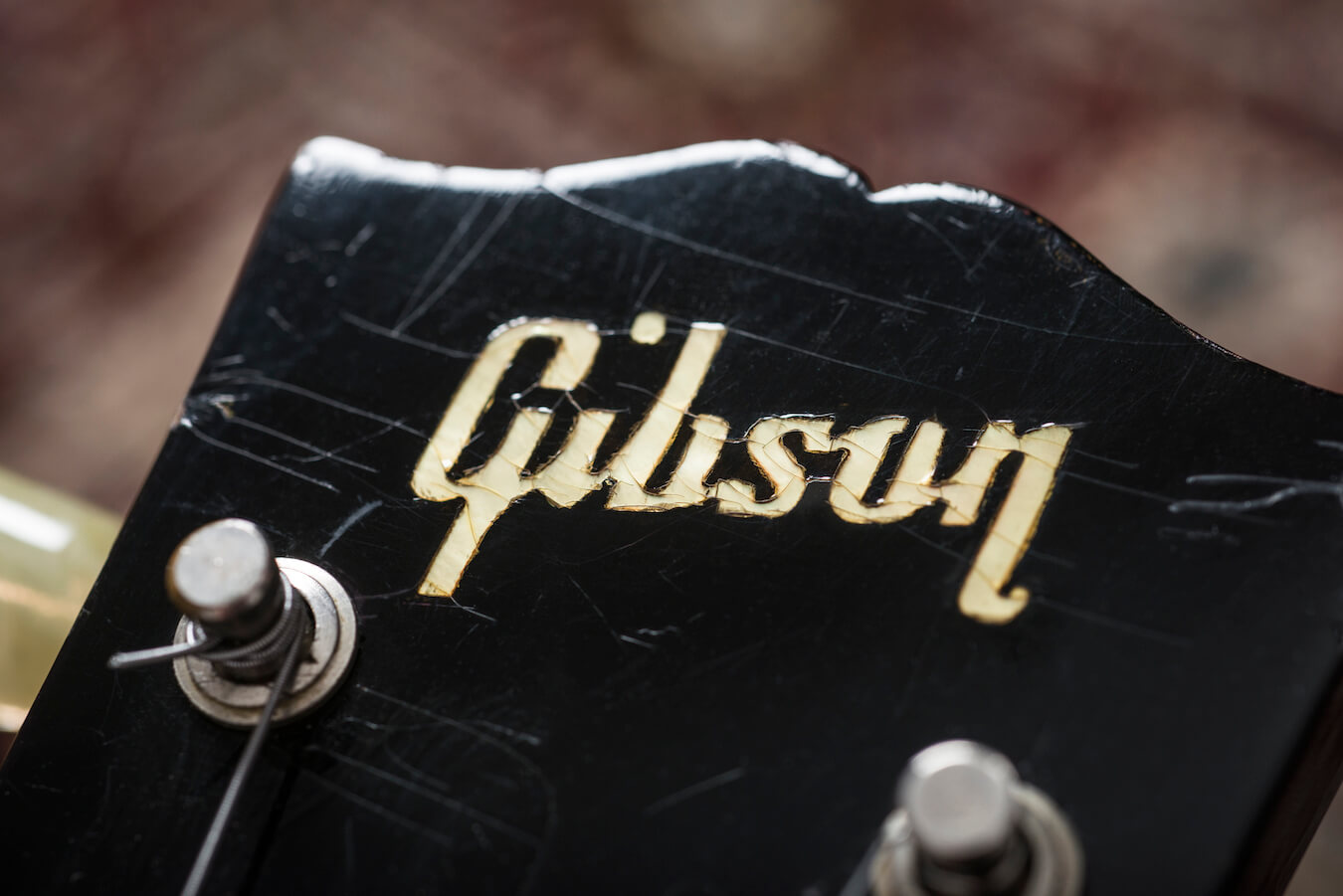 The ES-175’s unplugged tone isn’t as loud or as full as our ’62 ES-330. Again, this could be attributable to the strings or the floating bridge, but the ES-175 has a more even response and a quick decay that enhances the percussive aspects of rhythm playing. We also hear a woodier twang from the wound strings than makes the ES-175 just a touch more old-school.

Although fun to play acoustically, the ES-175 only comes to life when amplified. The pickups deliver the full and warm clarity we associate with mid-50s P-90s, with more than a hint of brassiness as they push a valve amp into overdrive. The guitar also sustains a lot better. 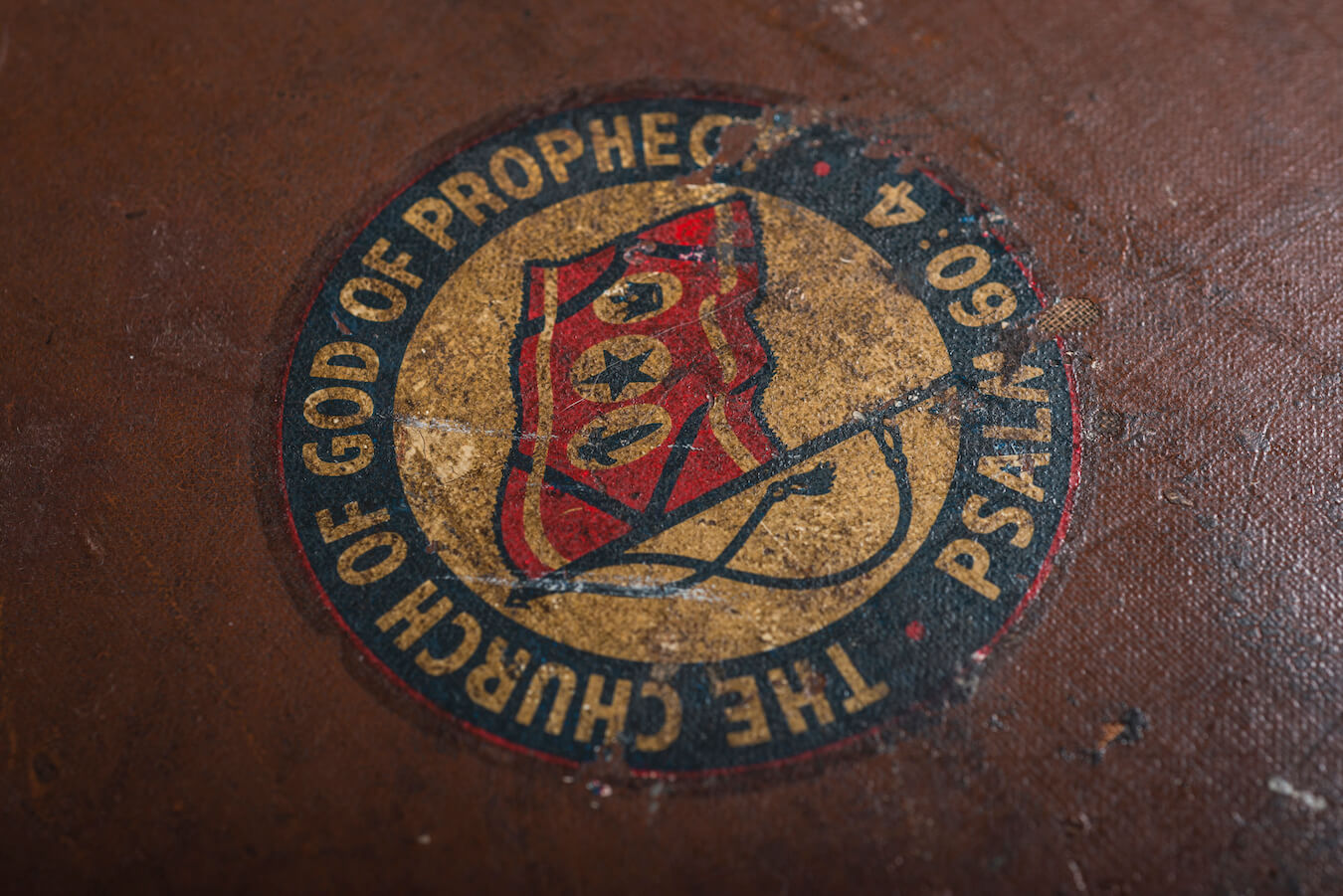 Chords have fine note separation and single notes sound big, smooth and rounded and we find the ES-175 a lot more dynamic and expressive through an amp. The bridge pickup is slightly more powerful than the neck, but the pole screws are jacked up and getting them balanced would be fairly easy.

We like the way you can switch straight from a mellow jazz tone to a throaty and twangy bark and the in-between position is a phasey fingerpicking joy. This is an ES-175 from the golden era with no issues and superb playability. It’s not cheap, but compared to many of its Gibson contemporaries, it’s not bad value at all.