The Gibson ES-5 Switchmaster is regarded as the first commercially available electric guitar with three pickups, and this example from 1957 is loaded with original PAFs. 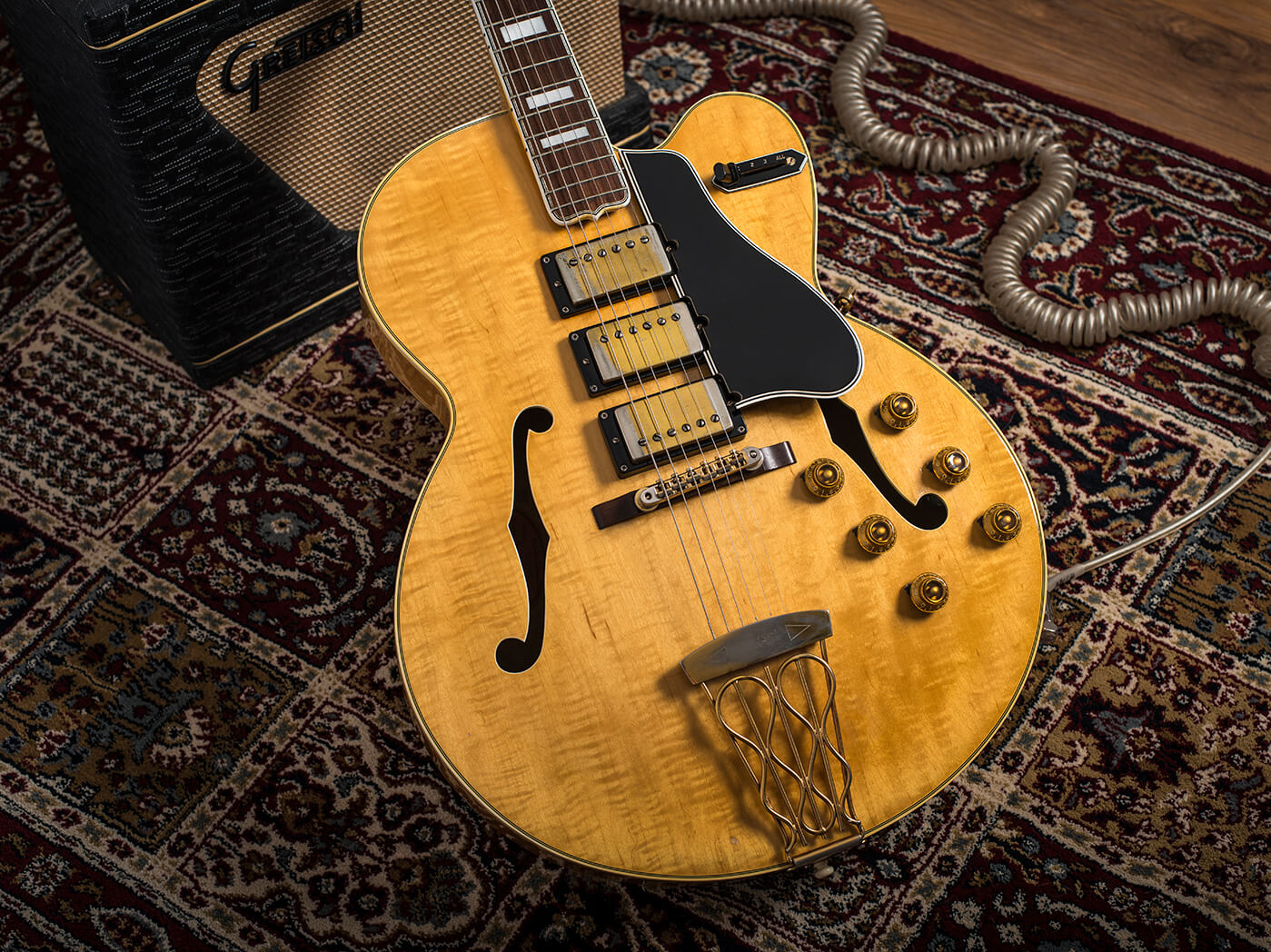 By the 1950s Gibson’s reputation as a jazz guitar manufacturer was founded on traditional lutherie skills and understated style. But when the mood took them, they could certainly bling it out with anybody – Gretsch and Epiphone included. 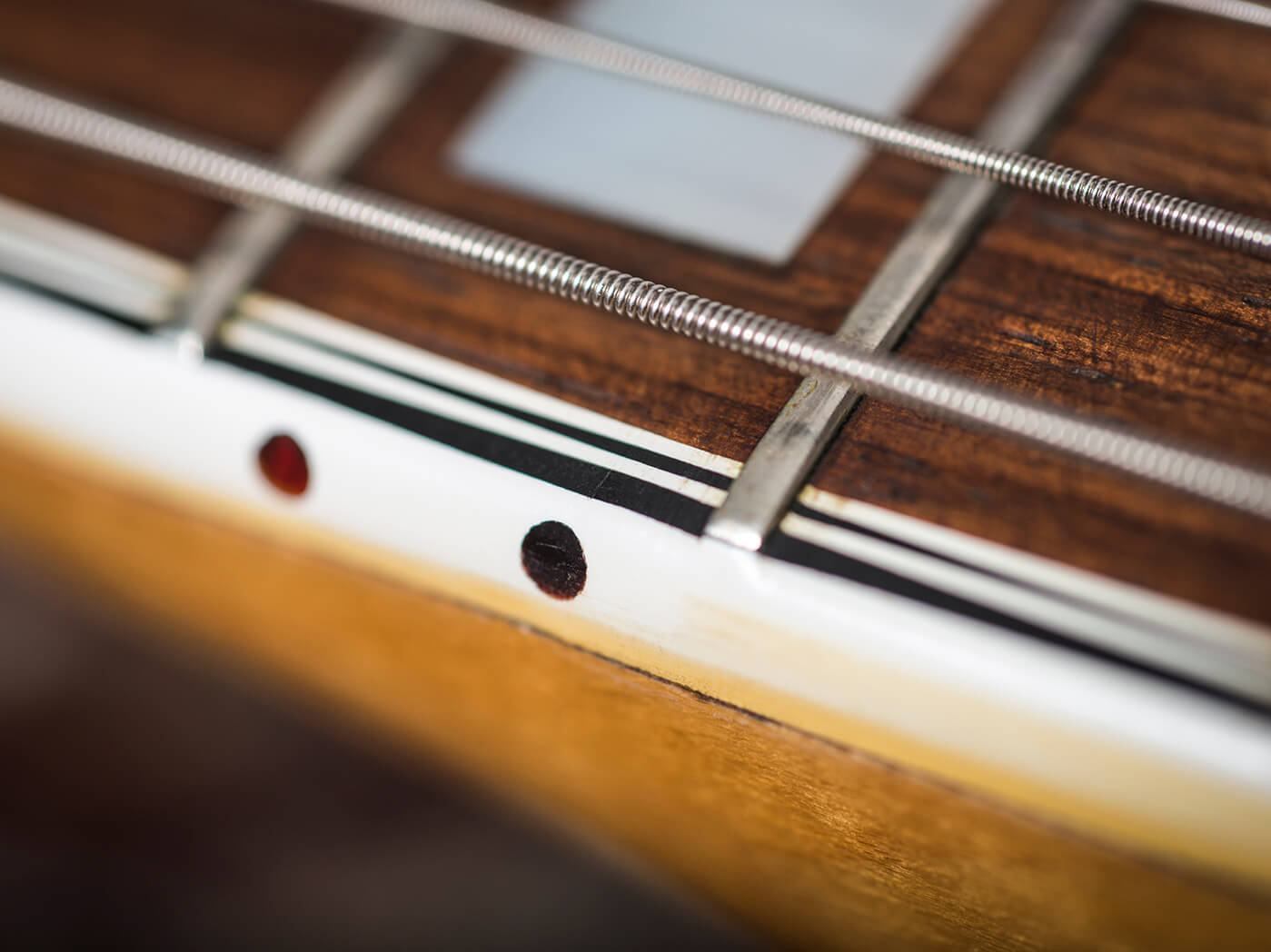 This ES-5 Switchmaster is a prime example, with gold hardware, fancy multi-ply fingerboard binding and no less than six knobs to go with three original PAF humbuckers. The ‘Switchmaster’ name comes from the four-way switch mounted on the Venetian cutaway with an accompanying plate engraved to denote settings for each individual pickup or ‘all’ three. 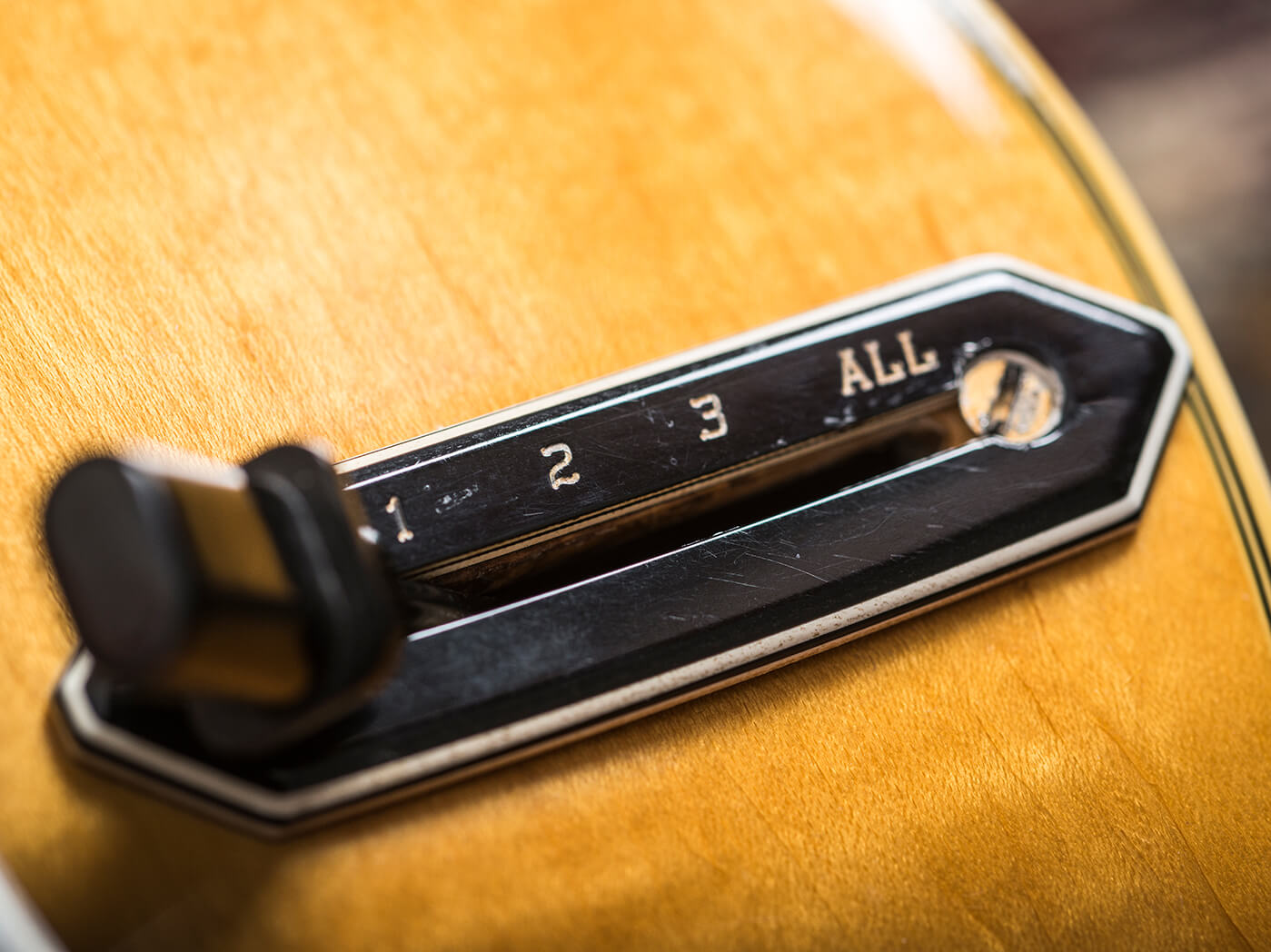 The ES-5 model was introduced in 1949 with a rosewood bridge, a gold-plated version of the ES-175 parallelogram tailpiece and three P-90 pickups. The triple pickup compliment is considered an industry first and pre-dates the Epiphone Zephyr Emperor Regent by a year.

Some players found having three individual volume controls and a master tone mounted on the cutaway somewhat impractical. So, the Switchmaster specs were introduced in 1955, along with a gold-plated ABR-1 bridge on a rosewood base. The double-loop tailpiece followed in 1956 and by 1957, state-of-the-art PAF humbuckers had replaced P-90 single-coils. 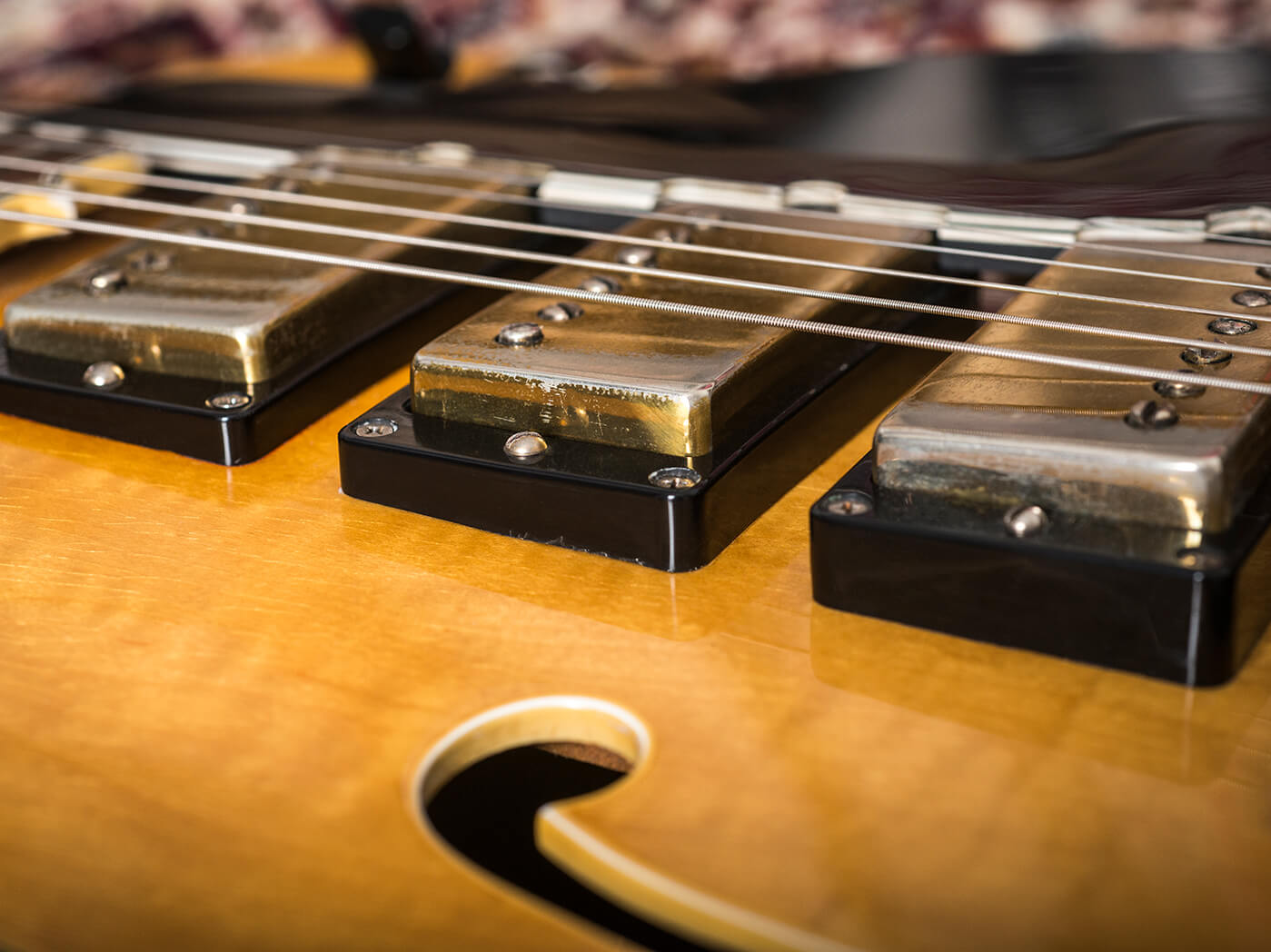 In 1961, a Florentine cutaway was introduced and cherry sunburst became the standard finish before the model was discontinued the following year. While the Switchmaster might easily fall into the jazzbox category, it wasn’t such a hit with jazz players. That’s fine because plenty of blues, country and rockabilly players love them.

It’s pretty obvious why jazz guitarists weren’t enamoured with the Switchmaster – their baffling preference for playing music rather than perpetually fiddling about with gear means that few jazz players bother switching pickups.

This example from ATB Guitars in Cheltenham, UK is in stunning condition, with no discernible play wear on the body or neck. There is a small lacquer chip deep inside the cutaway and another by the tailpiece, but they’re barely noticeable. The finish does have some very fine checking, but overall, it’s near mint. 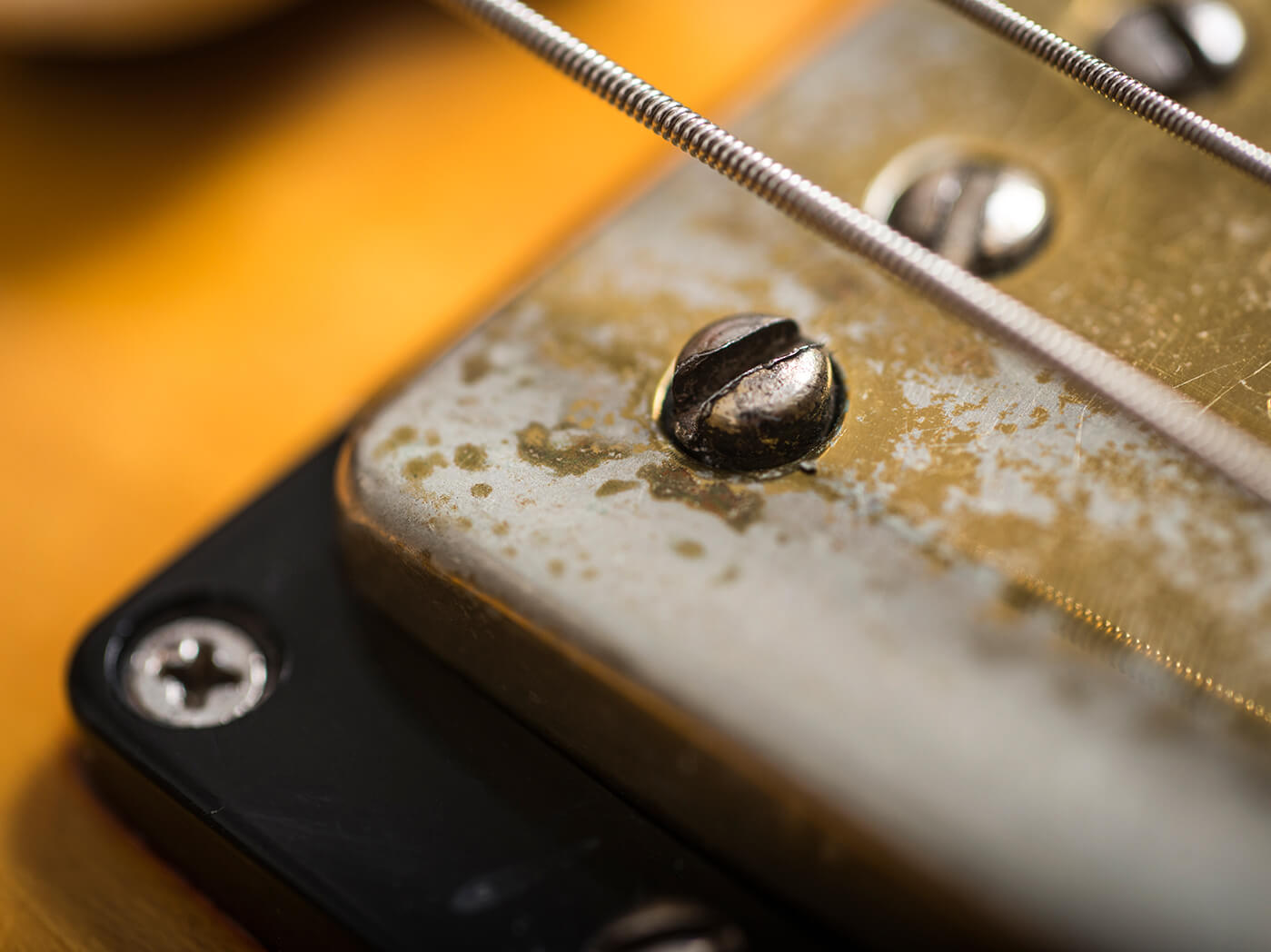 The gold plating has worn away from the outer edges of the pickup covers and the top of the tailpiece, but the fingerboard and frets appear almost unplayed. A retainer wire reveals the tune-o-matic here is old, but a later replacement. The case is slightly later too, but it fits the guitar perfectly and marks in the orange velour demonstrate that the Switchmaster is the only guitar ever to have lived inside.

Switchmasters are considerably more upmarket than ES-175s. Although laminated, Gibson tended to use more figured maple, and both the body and neck have five-ply binding. Single-ply binding adorns the headstock and f-holes, with genuine pearl marker blocks along the light Brazilian rosewood. 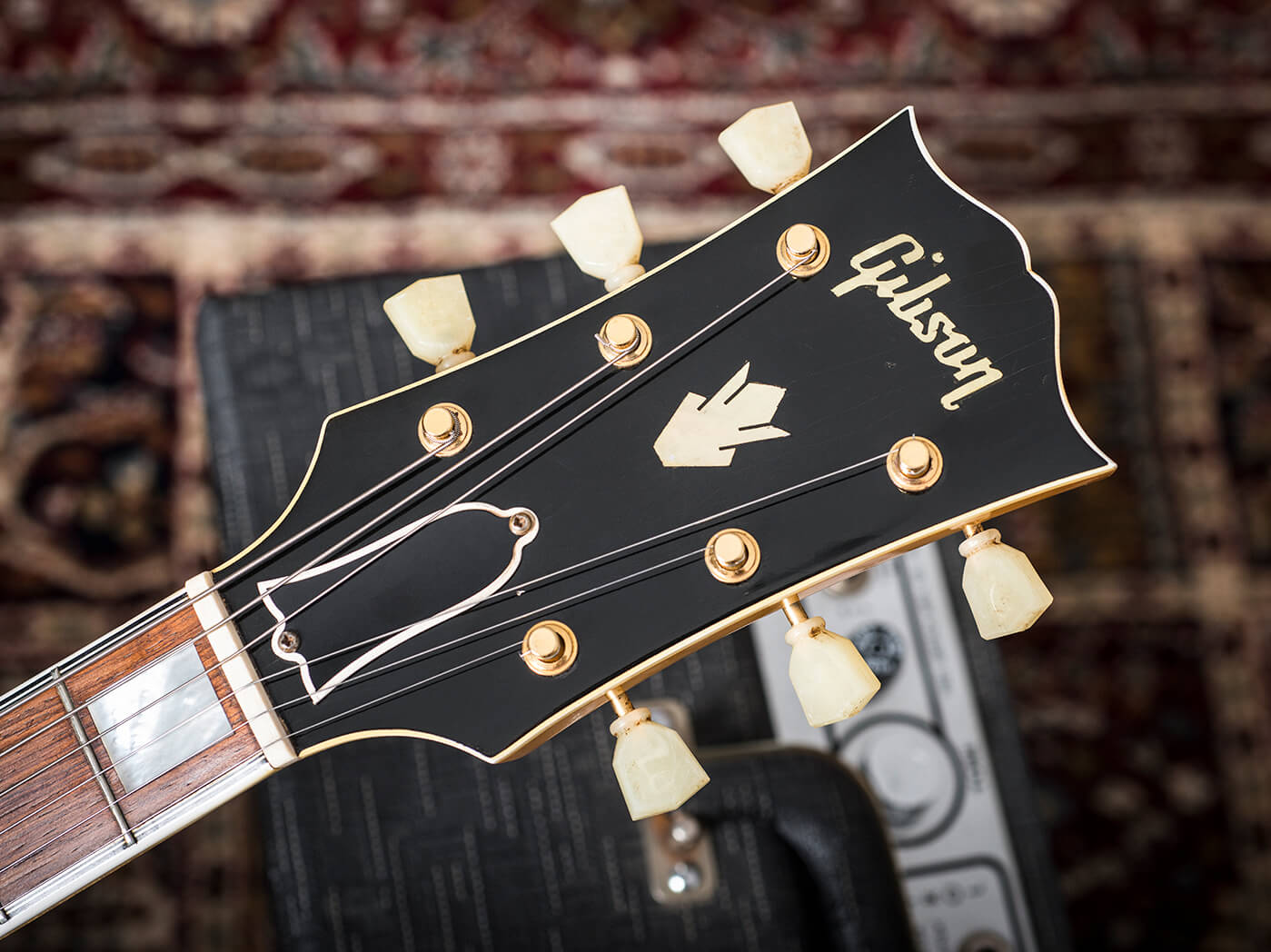 The neck is a laminated construction with a thin rosewood centre strip flanked by two pieces of maple. Headstock ‘ears’ are added but you can only tell by looking at the end of the headstock because the rear is sprayed black. A ‘stinger’ gracefully transitions into the centre strip with a precision that, back in the late 1950s, the Gretsch factory could only have dreamed of.

Beginning unplugged, the Switchmaster has a glorious tone. It’s reasonably loud for a laminate construction, the treble is mellow but clear and the bass resonates deep inside the body. There’s also a considerable thump to the low mids and impressive sustain. Yet while the Switchmaster ticks all the boxes for definition, body, sustain and balance, there is something that some players may find hard to live with…

This guitar’s defining feature may also be its most divisive. Depending on your picking hand technique, the middle pickup can get in the way. It would probably be noticeable enough with P-90s, but humbuckers with plastic rings are even bigger. There’s a sizeable gap between Strat pickups, but these PAFs are barely 20mm apart. Also, the pickups are so microphonic – as they should be – that with the middle pickup selected, every time a plectrum or thumb pick touches the cover, a loud thump comes through the speaker. 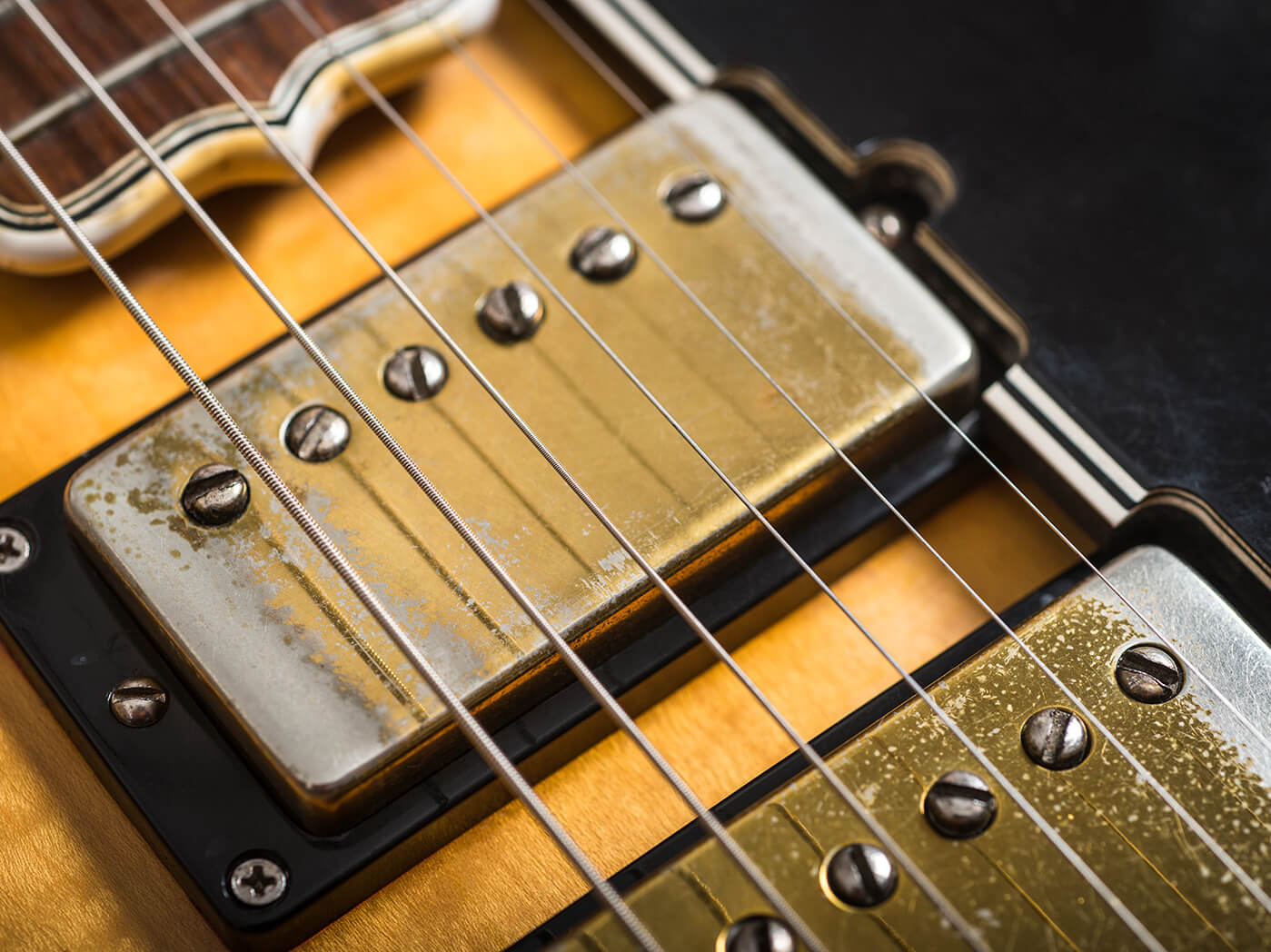 Do the added tonal options make up for having to adjust your playing approach? Much depends on how you quantify tonal qualities. On the one hand, you might find the individual and combined tones all have merit, or you may consider them such close variations on a theme that it’s not worth the extra complication or obstruction.

All that said, we’re determined to give this guitar a chance to sing, so we spend a very worthwhile ten minutes or so adjusting the pickup heights to balance them out and coax out their best qualities. We also discover that in doing so, each individual tone becomes more characterful. 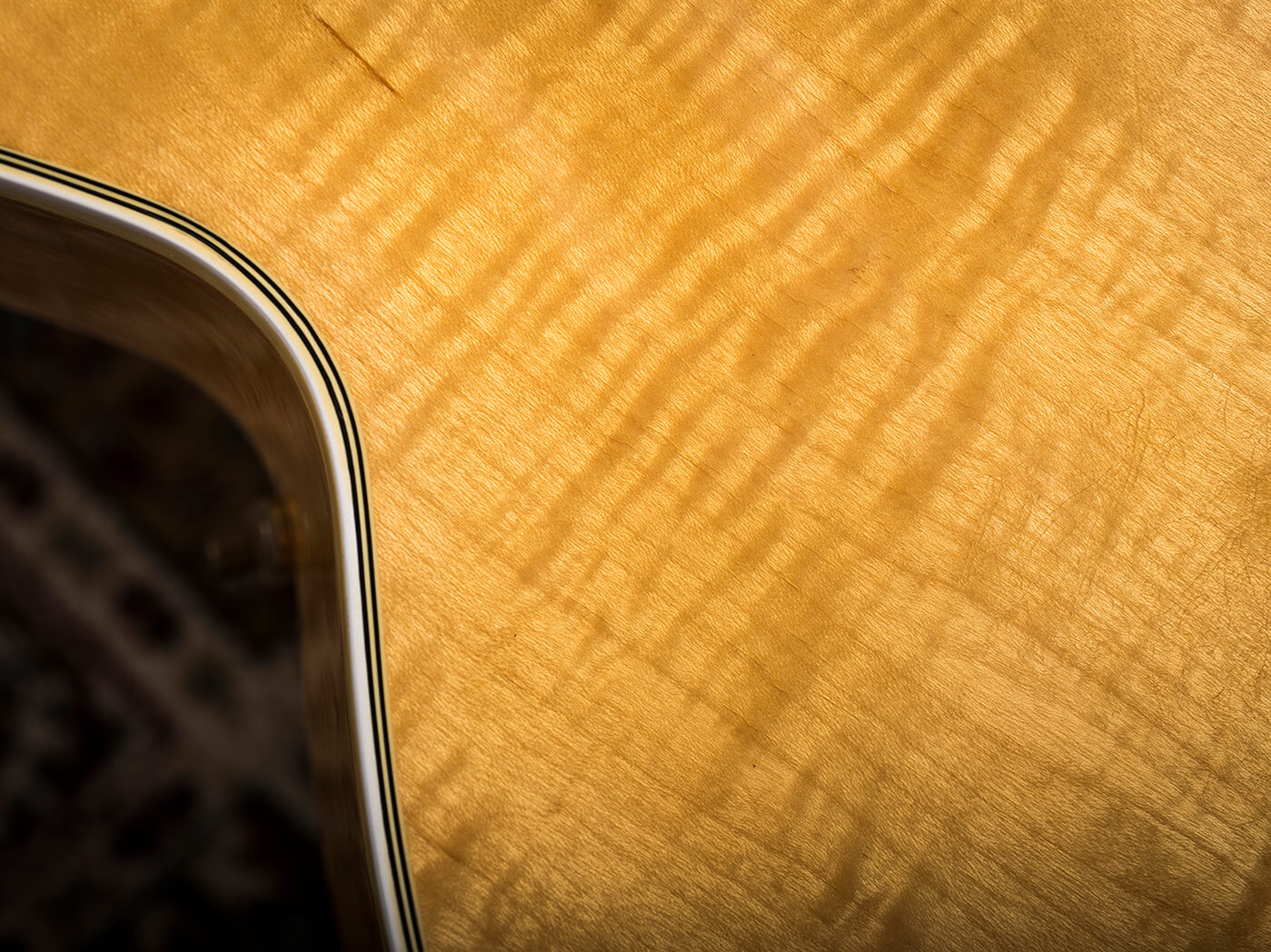 The middle pickup does the best job of capturing the Switchmaster’s acoustic tone, with the correct bass and treble balance and a wiry, yet slightly hollow, snarl through the midrange. The neck setting is no less clear, but it fattens and refines the tone to a more fluid and vocal sweetness.

Meanwhile, the bridge pickup’s quacky chime and woody twang are almost guaranteed to outrage members of the Jazz Research Group. We can’t resist the temptation to add some overdrive. Incredibly, you could easily play a set of punk tunes with this guitar. If you like jazz, blues, 50s style rock ’n’ roll and jump blues, the Switchmaster has it all covered. 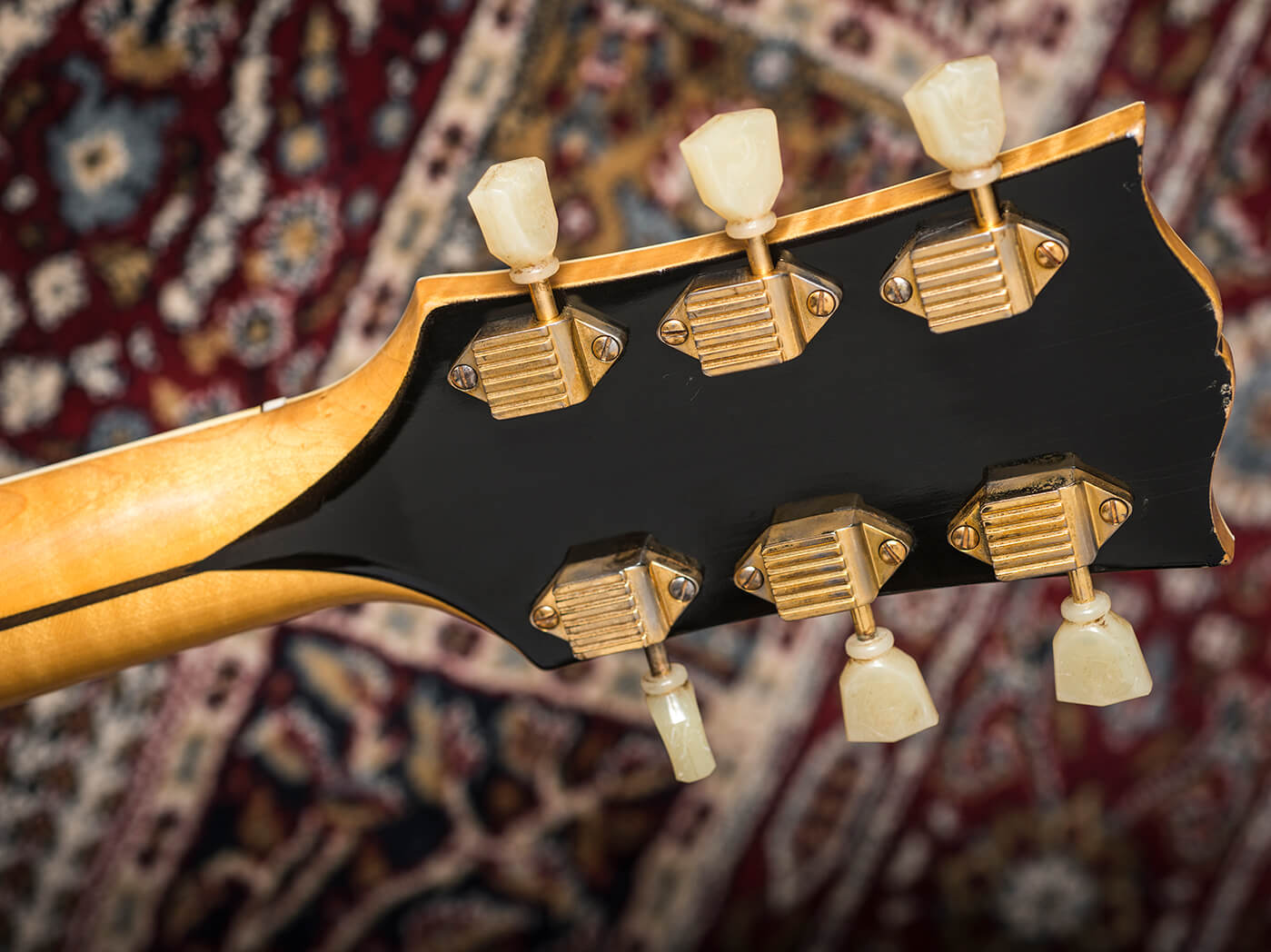 After a while it occurs to us that it may be possible to position the switch between the individual pickup settings – Stratocaster style – and discover it can indeed be done. Placing the switch between the bridge and middle positions should be the same as selecting ‘all’ with the neck volume set to zero. But as it turns out, the in between setting is brighter, spankier and bizarrely Stratty.

Although the pickups aren’t out of phase, it’s not unlike a T-Bone Walker or Peter Green tone – and it might be our favourite Switchmaster sound. You can also use the switch to combine the neck and middle pickups for a similar tone with extra body. Further investigation reveals that it’s the same for all the individual pickups, so the ‘all’ setting must introduce a subtle degree of treble bleed. 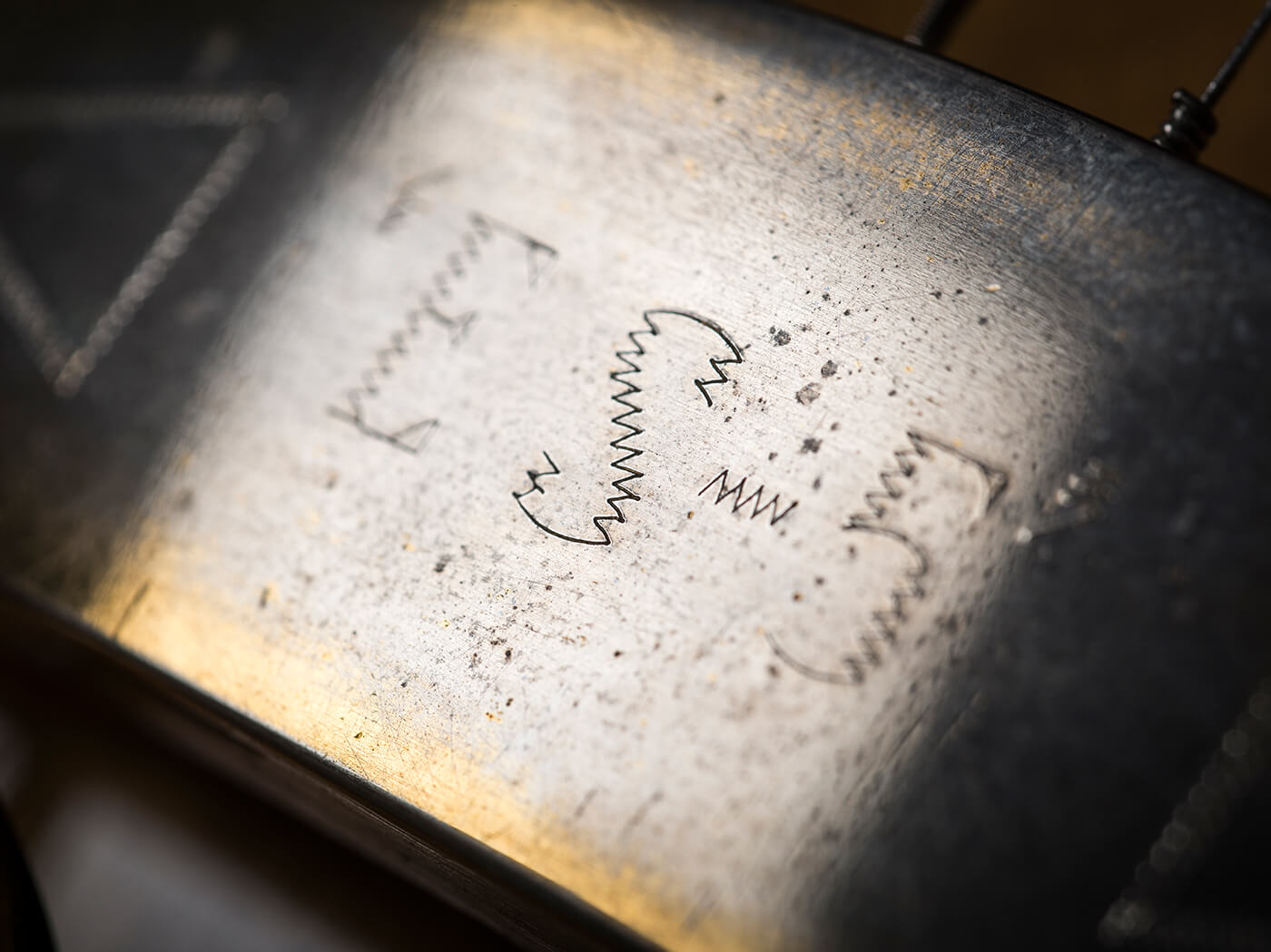 Using the switch itself feels more like shifting a gearstick. We find it quirky in a cool sort of way and it’s easy enough to handle. The neck is fairly rounded and chunky, even by mid-50s Gibson standards, but we love it, and the playability and tuning stability cannot be faulted.

Before long we even manage to cope with the pickup spacing and if you select ‘all’ then turn off the middle pickup volume control, it’s a fabulous tone for Chet picking and you won’t hear any unwanted noises. This really is a beautiful and fascinating instrument.