The SG Special took over from the single- and double-cutaway Les Paul Special models in 1961. This example features the short-lived Maestro Tremotone Vibrola.

The Gibson SG Special needs little introduction. This all-mahogany, set neck double-cutaway design features two P-90 pickups, fingerboard binding and the earlier small pickguard. Although not the most widely used SG variant, Pete Townshend thought it was smashing and Carlos Santana played one during his mescaline odyssey at Woodstock.

Bigsbys had long been an optional upgrade, and many Gibson owners either fitted them themselves or asked their local guitar store to do it for them. By the early 60s, though, Gibson was ready to hit back with some vibrato designs of its own. 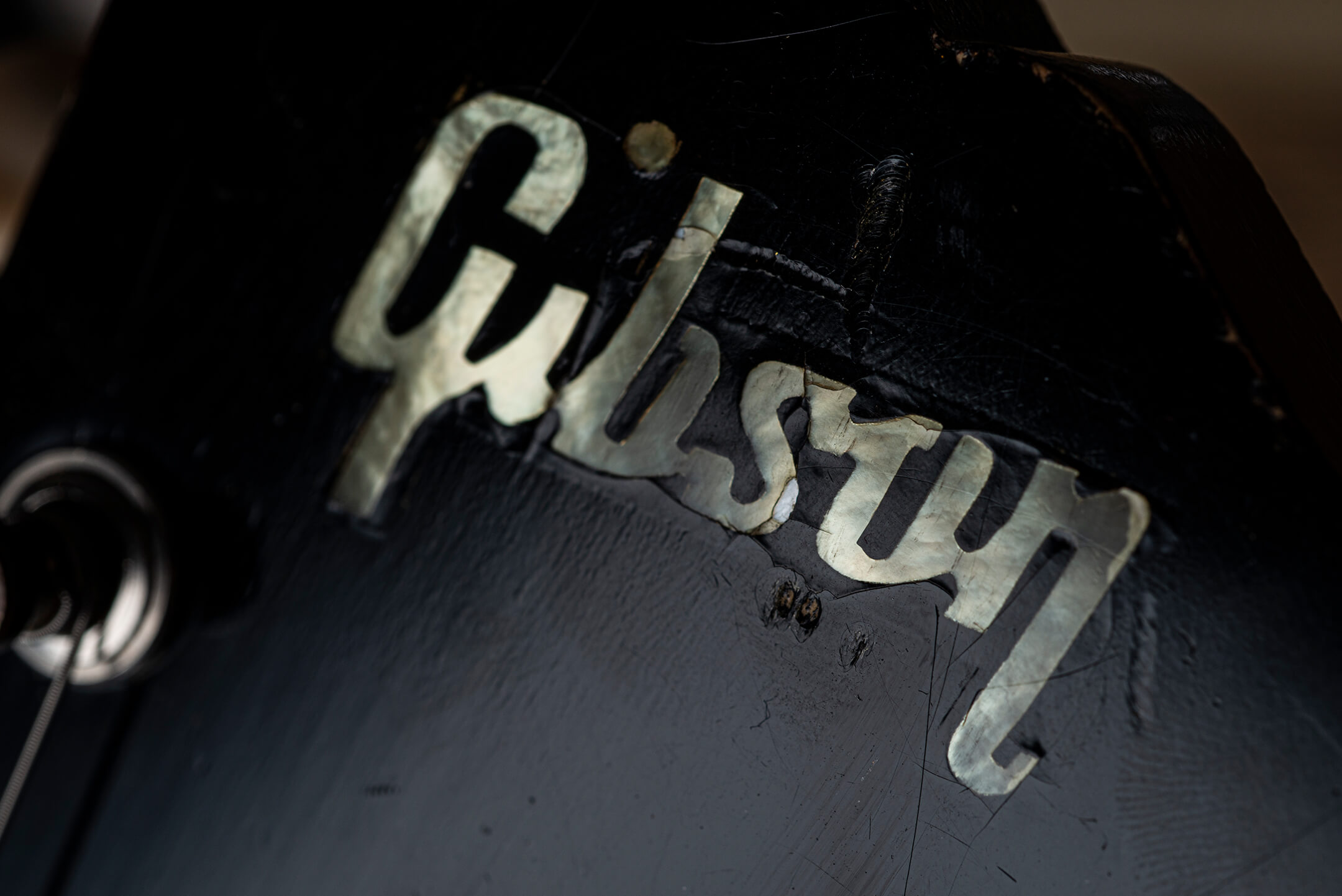 Paul Bigsby’s design was over-engineered but superbly effective, and Fender’s synchronised vibrato was an exemplar of ergonomic elegance, but Gibson’s efforts were somewhat agricultural in comparison. Several attempts were made, and the SG was subjected to all of them.

There was the infamous ‘sideways’ vibrato, the bent metal spring that was the Maestro and the seldom-seen Maestro Tremotone Vibrola that we have here. Research indicates that it appeared on SGs, Firebirds and various Epiphone solidbodies between 1963 and 1965. 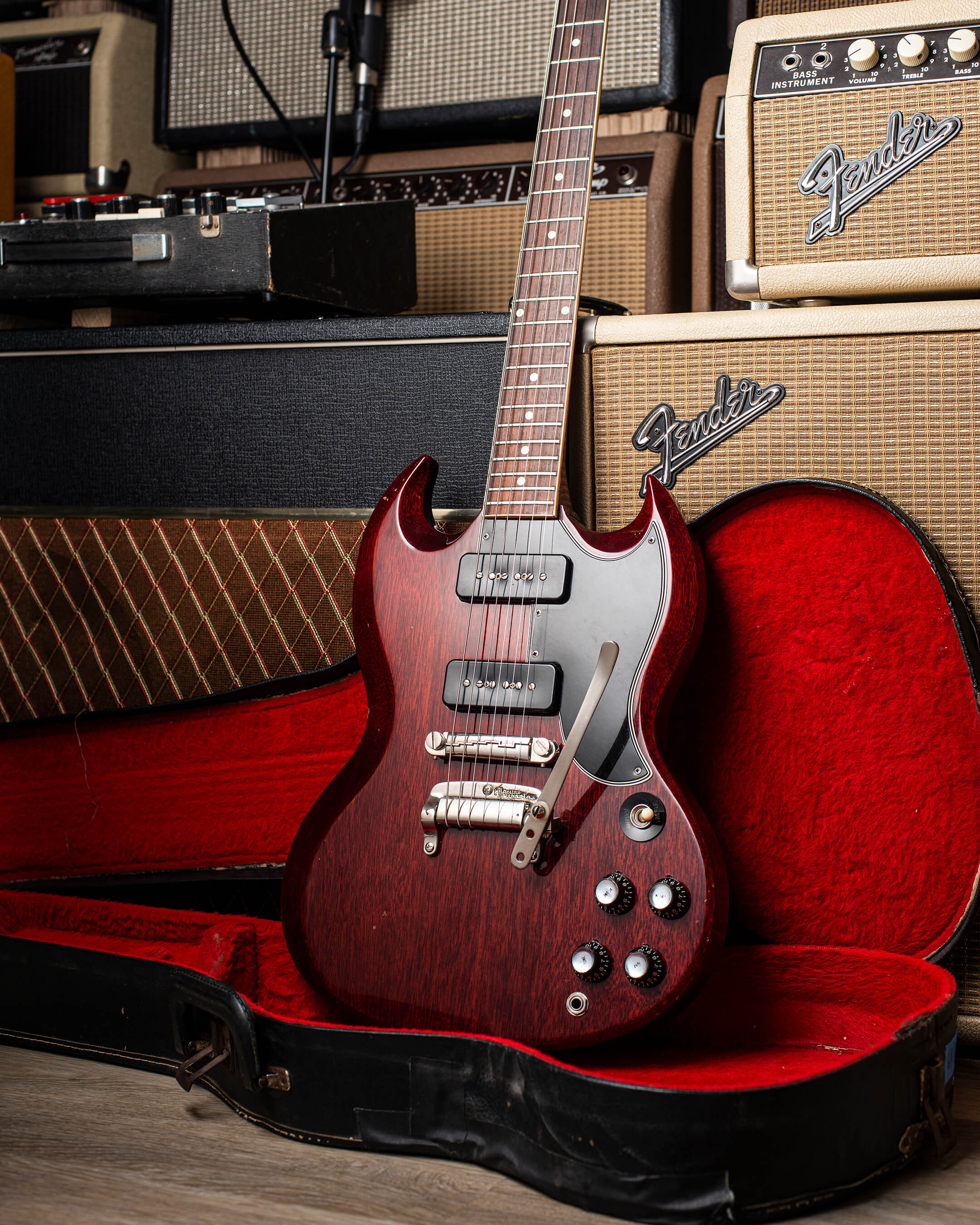 Santana had one on his SG, along with a retrofitted tune-o-matic bridge and a stop tailpiece. The Tremotone was shifted backwards on the body and he mysteriously kept the arm attached, despite having disengaged the vibrato.

By Gibson standards, this is a sleek and low-profile design. Attached to the top by three screws, the moveable section looks much like a rotating wrapover tailpiece. The arm is a flat piece of plated metal with three bolt holes drilled at the back end for length adjustment. 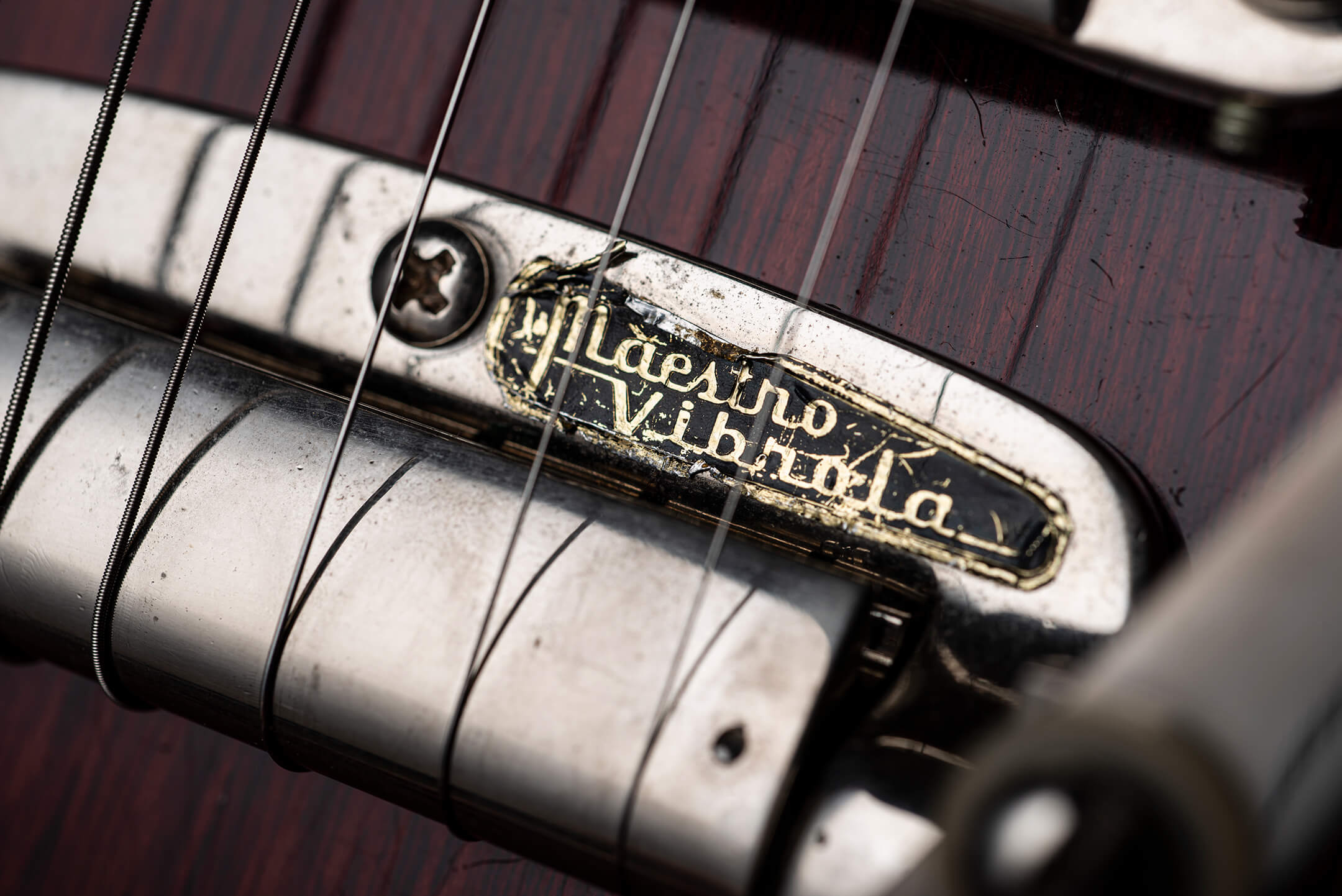 There’s the option to dispense with the whammy bar completely, and wrap the strings around the compensated bridge. Typically for the era, the compensation on this vintage bridge is designed for wound G strings, but modern versions are available if you prefer guitars that intonate well all across the neck.

Typically for the era, the compensation on this vintage bridge is designed for wound G strings, but modern versions are available if you prefer guitars that intonate well all across the neck

At least this one stays in tune, thanks to an incomparably smooth set of vintage three-on-a-plate Kluson tuners and a perfect original nylon nut. Like all the fixtures and fittings on this guitar, they’re in fine condition, and the only evidence of the era in which it was made – besides the bound Brazilian rosewood board and celluloid pickguard – are the dents and scratches on the finish. 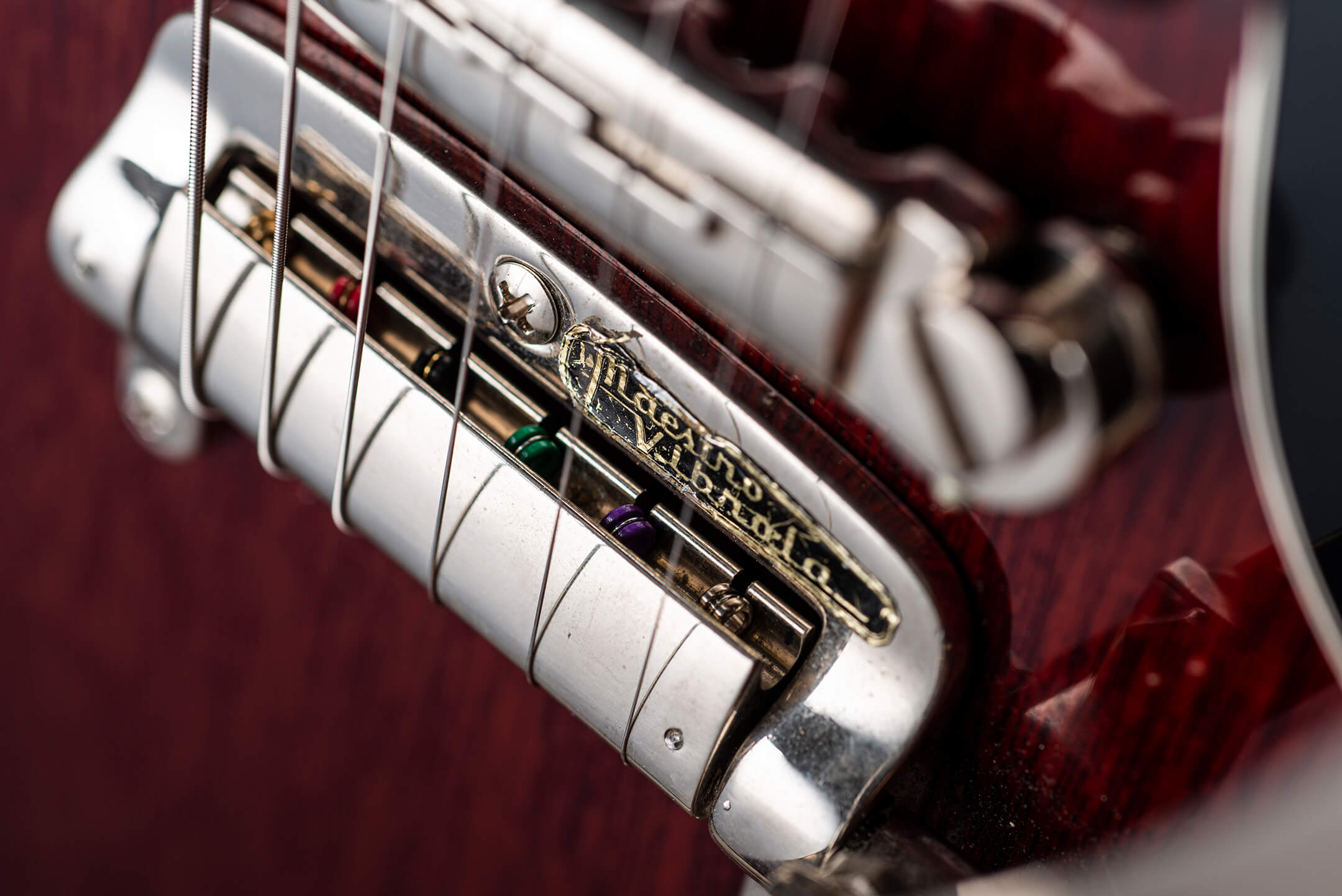 Even so, the finish is in better than average condition for the year and there is minimal lacquer checking. The dark cherry colour remains unfaded and there is no corrosion on any of the metal parts.

Although the control cavity cover is scratched, underneath, the wiring is factory fresh. Gibson did an impressive job, with neat solder joints, elegantly routed wires and insulation wherever appropriate. By this point in the 1960s, Gibson was using ceramic tone capacitors when space was tight. 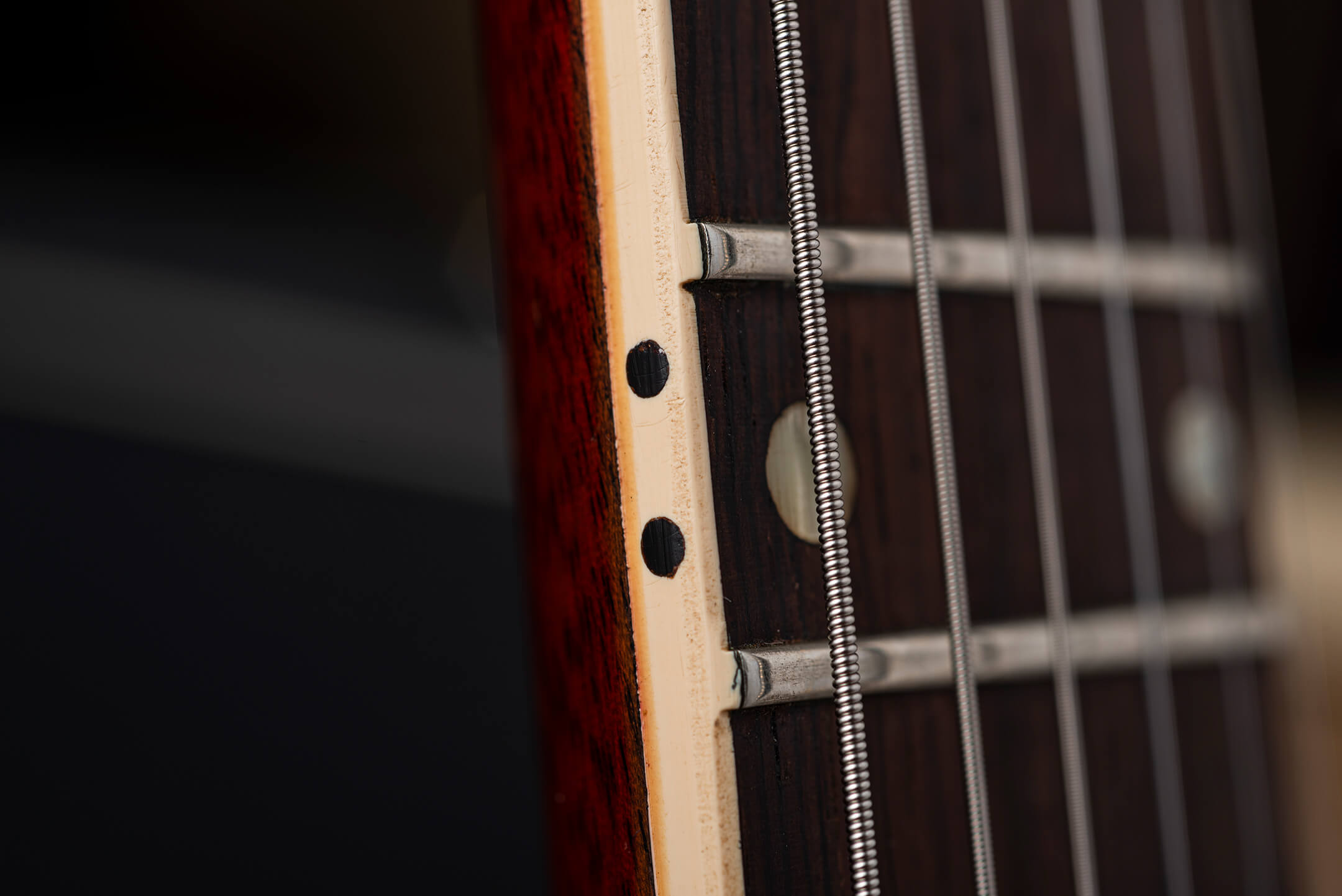 Neck profile preferences are a personal thing, and may even vary depending on the guitar. The thrilling V-neck of a 1957 Stratocaster would likely feel out of place on a Flying V, while a skinny 61 Strat profile wouldn’t be our first choice for Les Paul.

Gibson neck profiles went through many changes between the mid-1950s and late 1960s, but most agree that around 1963, the Kalamazoo mojo was reasserting itself

Gibson neck profiles went through many changes between the mid-1950s and late 1960s, but most agree that around 1963, the Kalamazoo mojo was reasserting itself. This SG Special is a case in point. 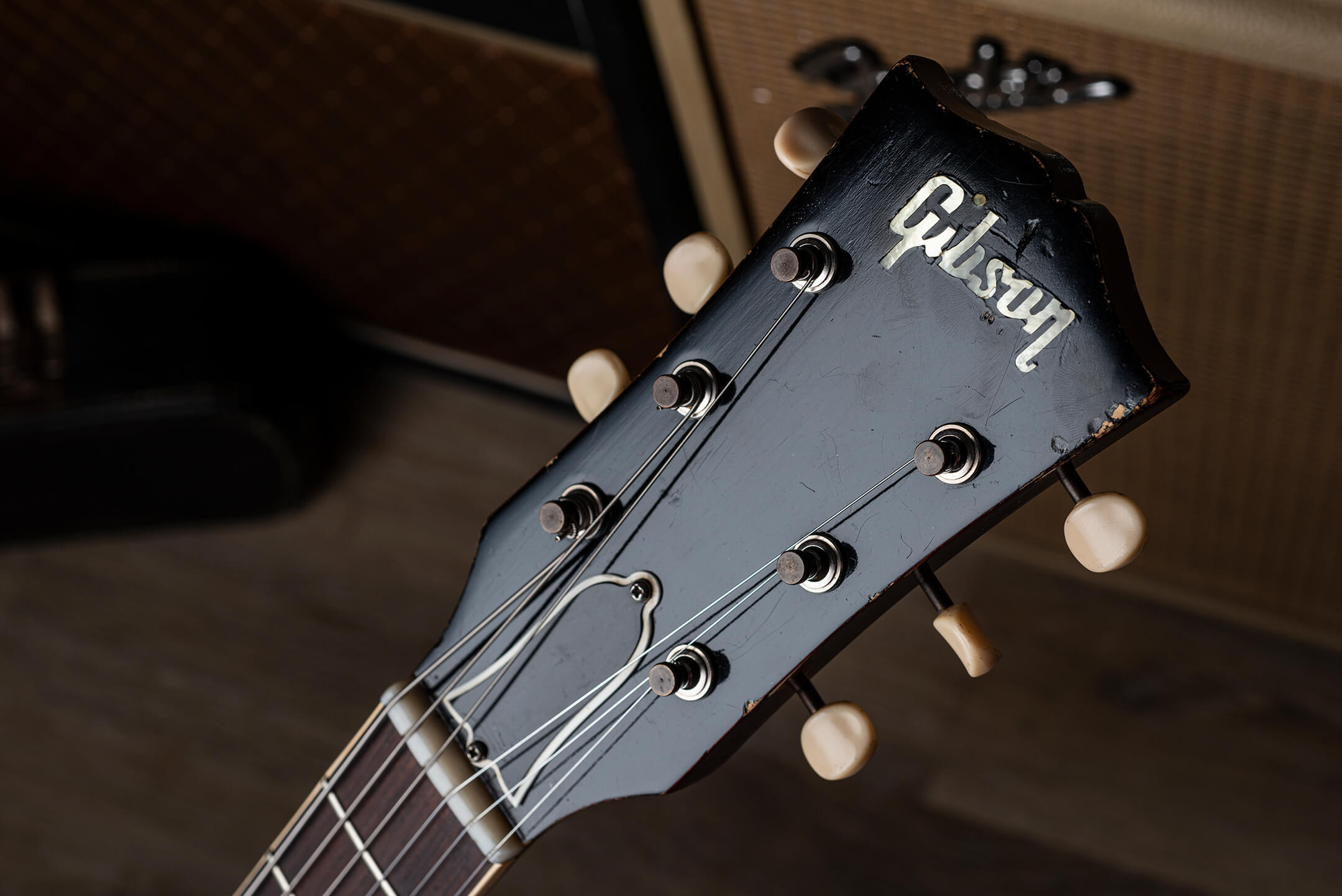 Here we have a big neck, but it has little in common with late 1950s profiles. Instead it’s more of an evolved profile that combines older traditions with the more popular aspects of the slim early 60s experiments, likely prompted by Fender’s success.

Here there’s a more pronounced taper than might have been usual in the late 50s, but it doesn’t start too skinny and it ends up pretty fat. The shape is quite distinct too, with a wider and flatter D carve rather than Gibson’s earlier subtle U/V hybrid.

But the really clever part is the all-important soft shoulders that make big necks hand filling without being a handful. We love the feel of this guitar, and it’s baffling that the neck finish and frets show so few signs of playwear.

The vibrato actually works quite well and tuning is very stable. The arm tends to work itself loose quickly, making the response feel a bit vague. It can only pull notes a semitone sharp and push them a tone flat – if you push really hard – but it wobbles chords quite effectively. 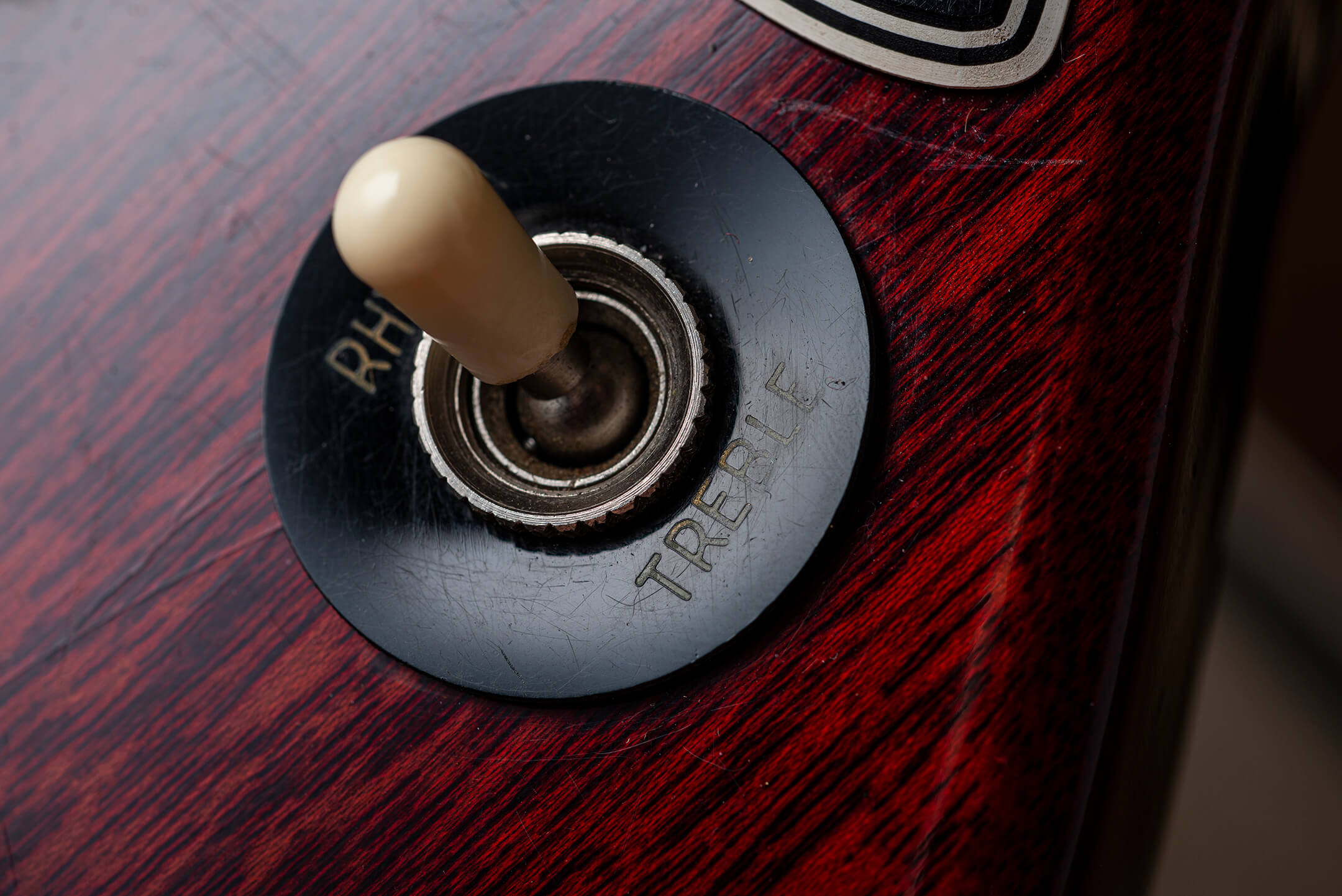 Comparing the SG’s acoustic response with a 1955 Les Paul Special, the tone is darker, more compressed and has a bit more midrange growl. The Les Paul is brighter and chimes a bit more, but neither is ‘better’ as such.

Plugging in produces no surprises because we immediately get the velvety mids, barking lows and singing treble of the SG. The neck pickup sounds a bit hotter than the bridge unit, but the bridge pickup sits fairly low and some spongey rubber pads – or better still, wooden shims – would balance things up. 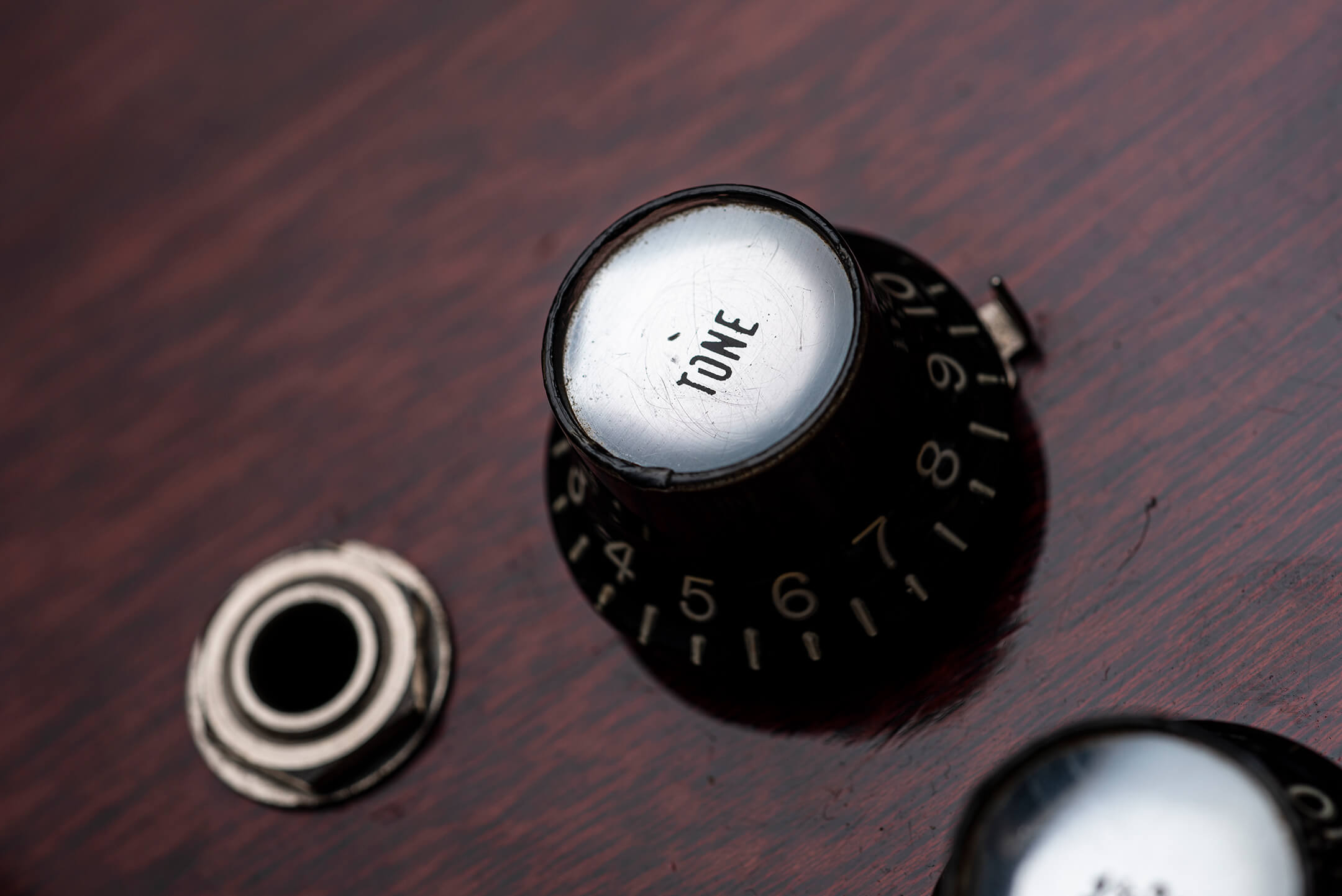 As things stand, the SG doesn’t have as much bite and clarity as our 1962 ES-330 and its not as wild as the ’55 Special. But many will prefer the SG’s woody smoothness and even balance.

It’s entirely possible that wrapping the SG’s strings around its bridge rather than the Vibrola would transfer more string energy into the body, and we suspect that partly explains why the SG sounds so different to the ES-330 and Special. We like things just as they are, but it’s good to have the option. 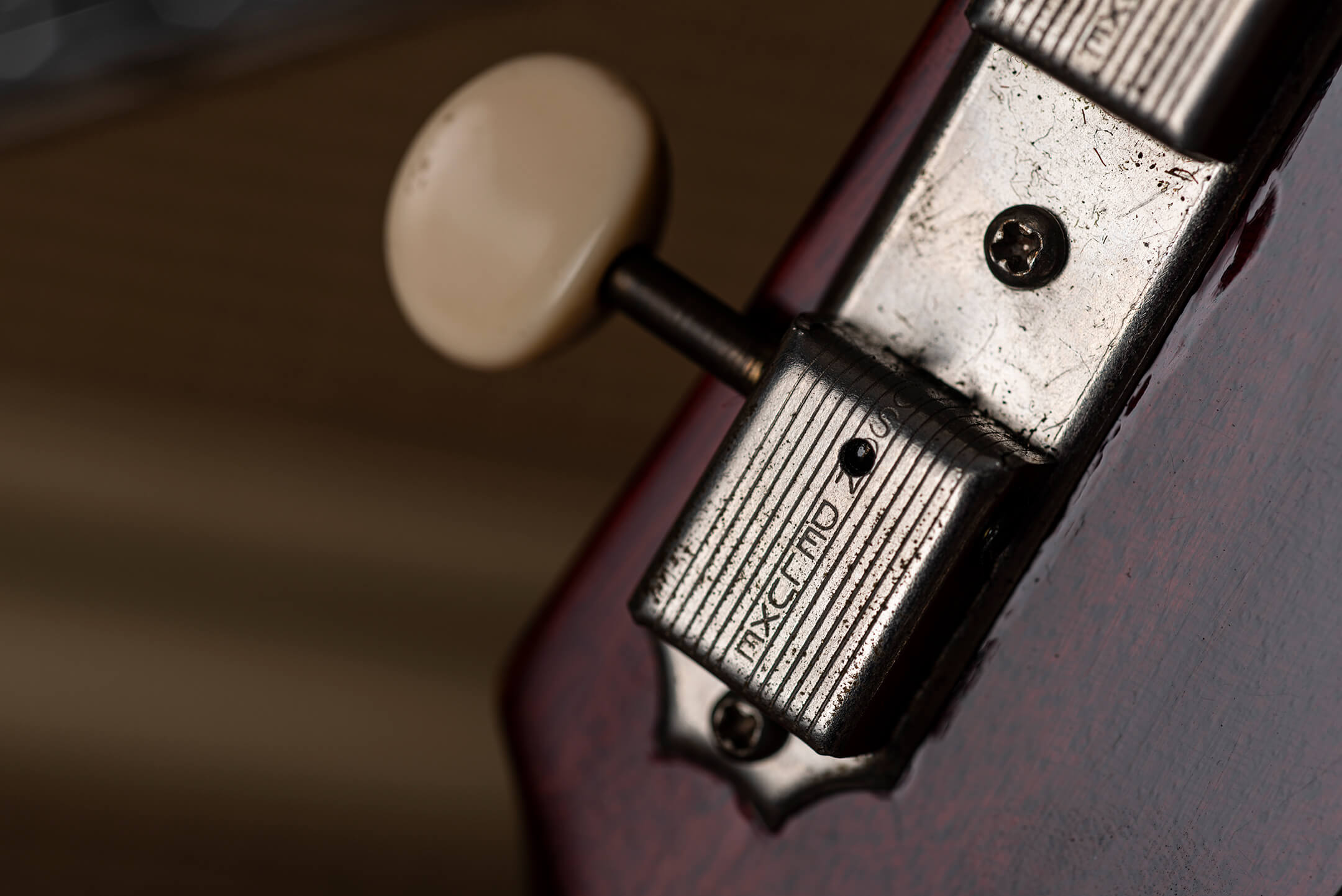 If you like to manipulate the onboard controls, you’ll probably need a cable with an angled jack plug when using this guitar, because a straight plug renders the neck tone control almost inaccessible. At least everything works perfectly and, although it’s wired 60s-style, volume control cleanup is excellent.

Comparing the SG’s acoustic response with a 1955 Les Paul Special, the tone is darker, more compressed and has a bit more midrange growl

We’ve argued before that the idea that vintage guitars that were barely played couldn’t have been much good to begin with is nonsense, and this is one of those instruments that proves our point. It’s an issue-free guitar with its original case, and a better example would be hard to find.