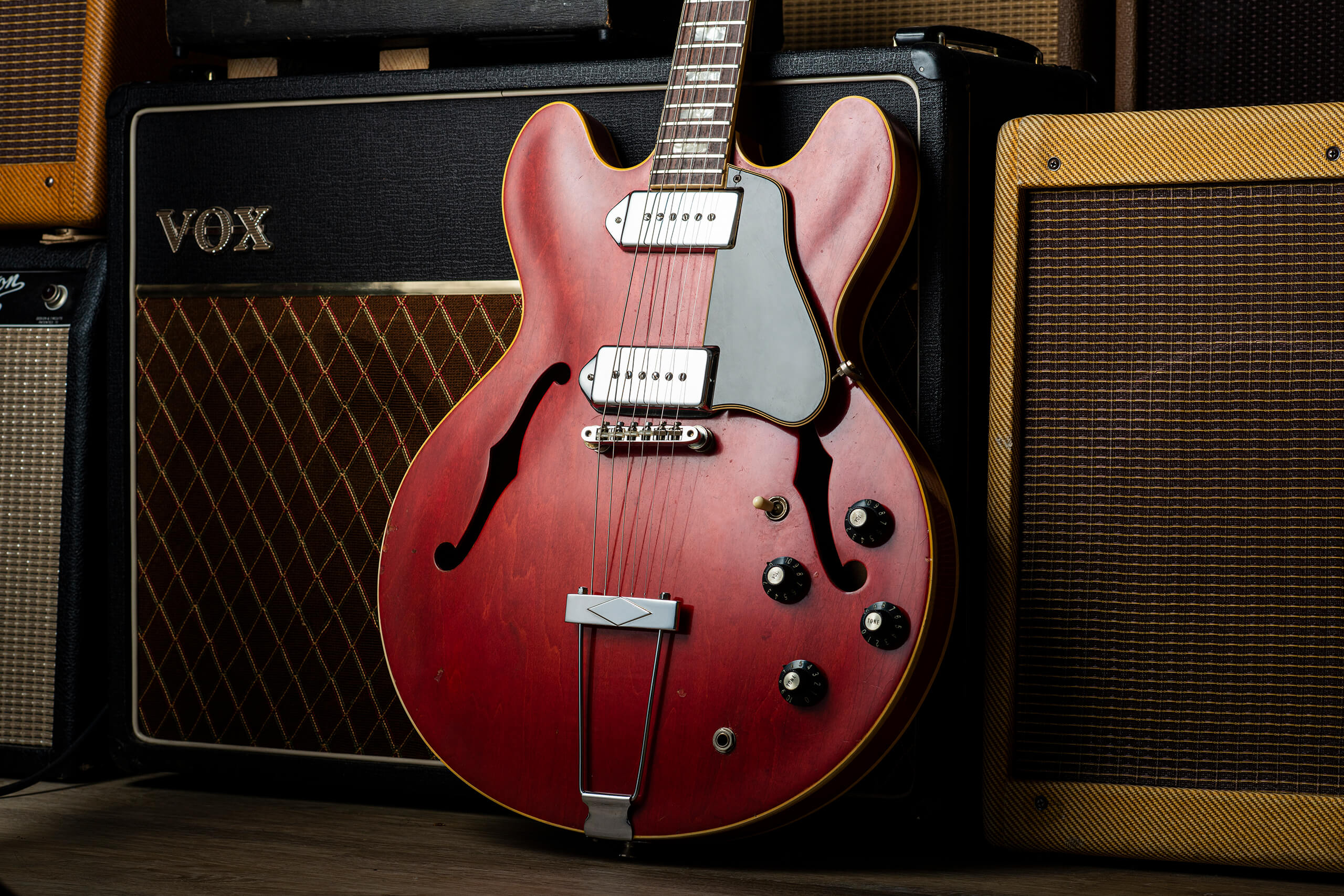 Not all ES-330s were created equal and, during its lengthy first run in Gibson’s catalogue, there were some notable changes – the most significant coming in 1968 when the neck join was shifted from the 16th to the 19th fret.

The ES-225 was Gibson’s premium P-90-loaded thinline during the 1950s, but Ted McCarty and his team must have viewed it as rather old-fashioned in the era of Bursts, Flying Vs, Explorers and the ES-335. Single-cutaway bodies were retained for the more downmarket ES-125 models, and in 1959, the ES-330 took over the ES-225’s mantle along with the ES-335 body shape.

The new ES-330 was available in double- and single-pickup versions, with the single pickup placed dead centre, making later upgrades a challenge. It also retained the trapeze tailpiece and tune-o-matic bridge arrangement of the final ES-225 models. 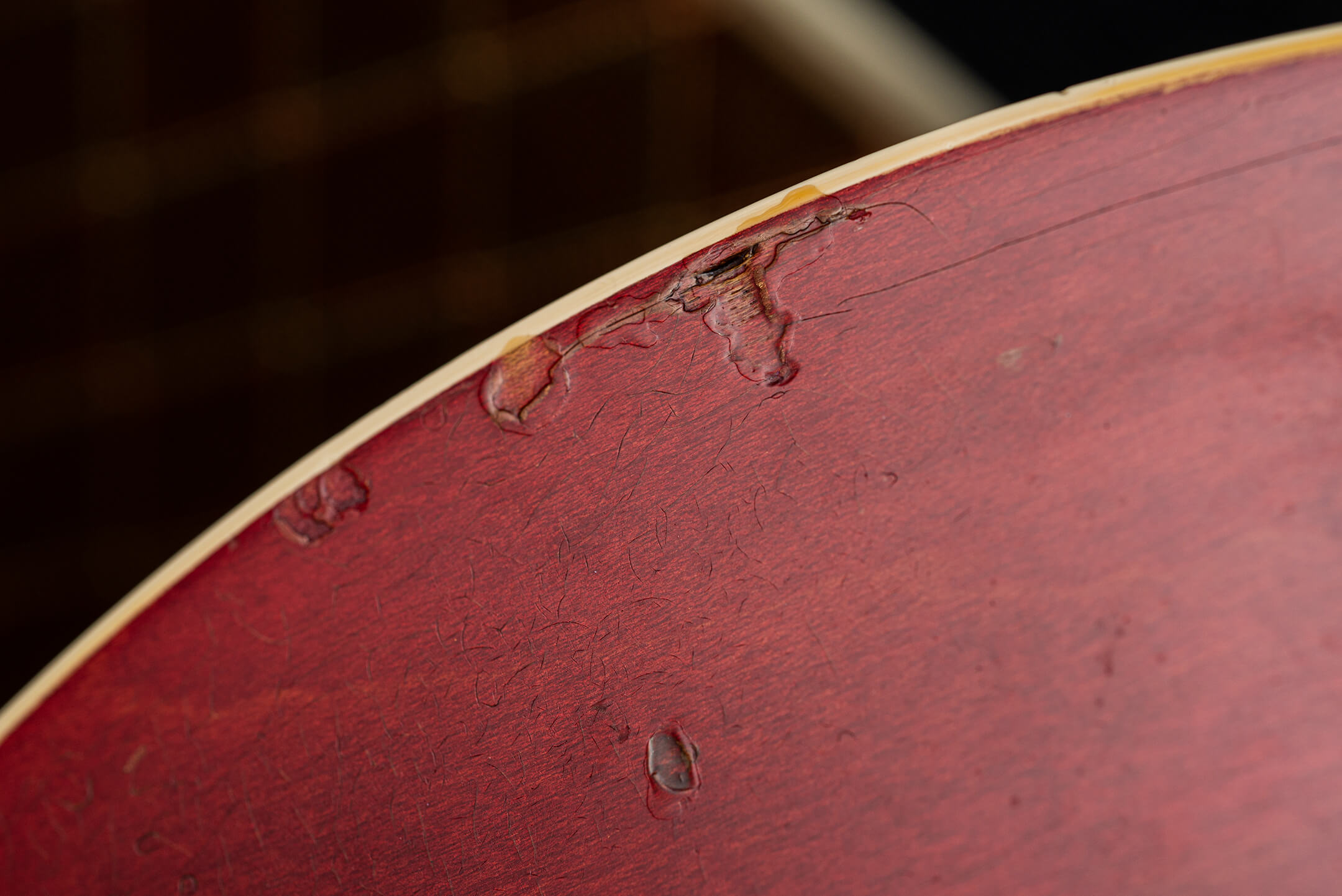 “Starting out with Micky Mouse ears, the horns became more pointed in late 1962, and the headstock angle shifted from 17 to 14 degrees around 1965”

Starting out with Micky Mouse ears, the horns became more pointed in late 1962, and the headstock angle shifted from 17 to 14 degrees around 1965. The plastic pickup covers were switched for nickel-plated units late in 1962 and from 1965 all the hardware, including the covers, was chrome plated. 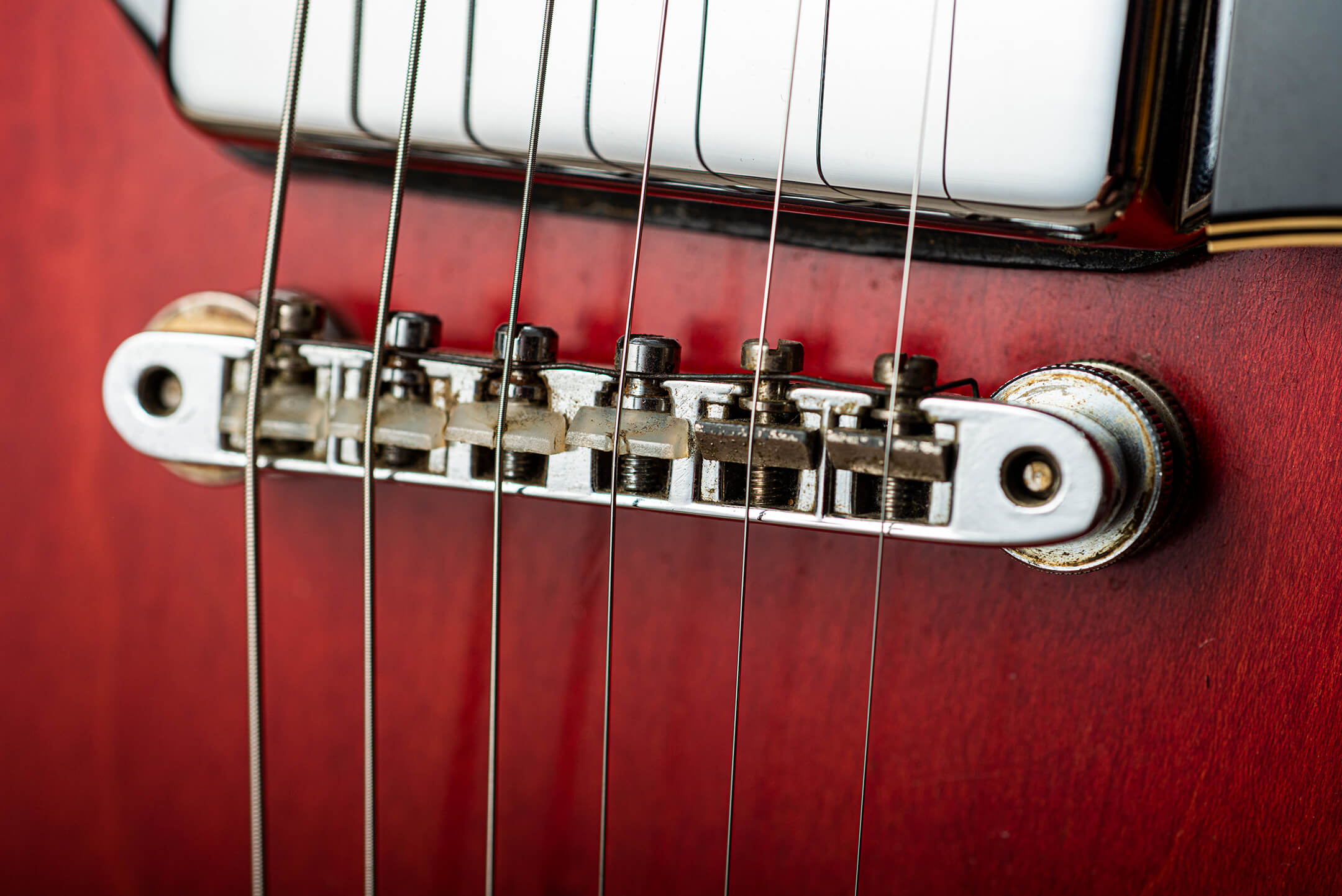 The 19th fret join may have been offered as an option as early as 1967, before becoming standard in 1968. The model we have here – on loan from ATB Guitars at the time of writing and later purchased by our venerable Chief Editor – dates from September 1969. The change brought the ES-330’s geometry in line with the ES-335. For some, this caused further confusion about the differences between the two models.

It’s inaccurate to call the ES-330 a ‘budget’ ES-335. ES-330s never had crown headstock inlays, stop tailpieces or tulip tuner buttons; P-90s and a fully hollow body are the main points of difference. 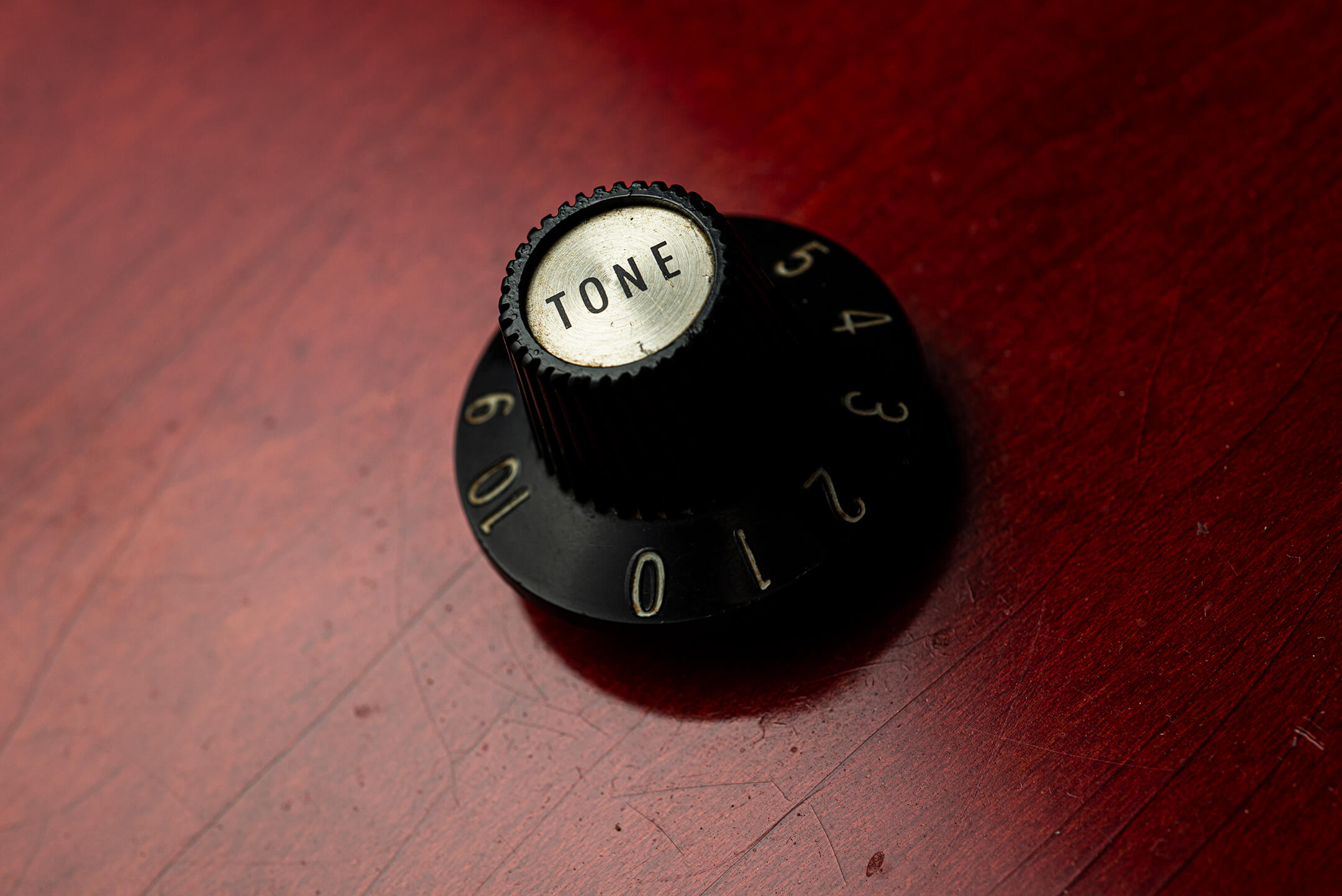 The latter proved problematic back in the 1960s when blues, rock and psychedelic soloists demanded sustain and feedback resistance. The ES330 – and its close cousin, the Epiphone Casino – simply weren’t built to do that.

“ES-330s were rarely seen through the 1970s, but became popular again in the 1980s with indie guitarists such as Johnny Marr and William Reid”

In the 1960s, the ES-330 was used by a string of luminaries such as Grant Green, BB King and Brian Jones. And we probably don’t need to tell you about the Casino’s starring role in the back catalogue of a certain popular beat combo from Liverpool. Despite Glenn Frey playing one, ES-330s were rarely seen through the 1970s, but became popular again in the 1980s with indie guitarists such as Johnny Marr and William Reid. 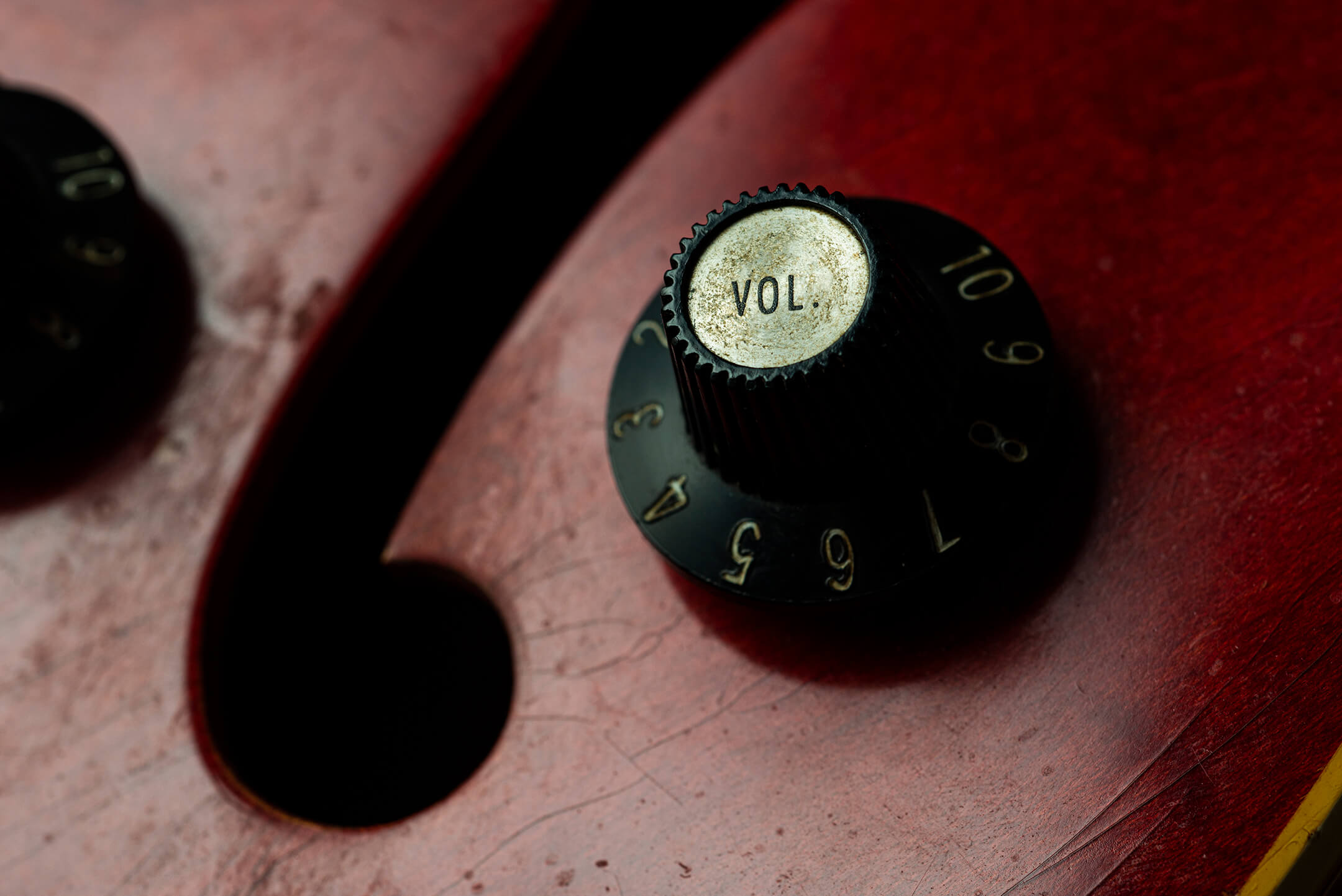 In the lower-volume climate of recent years, ES-330s have enjoyed another resurgence and are arguable more practical than ever before. Perhaps the highest profile UK ES-330 player right now is Barrie Cadogan of Little Barrie, who can often be seen with his cherry red, Bigsby-loaded 1962 model.

Besides the colour, this example is about as far removed from Barrie’s as an ES-330 can get. Aside from the long-neck configuration, witch hat control knobs and metal pickup covers, the pickguard is also a different shape with a steeper bevel angle. 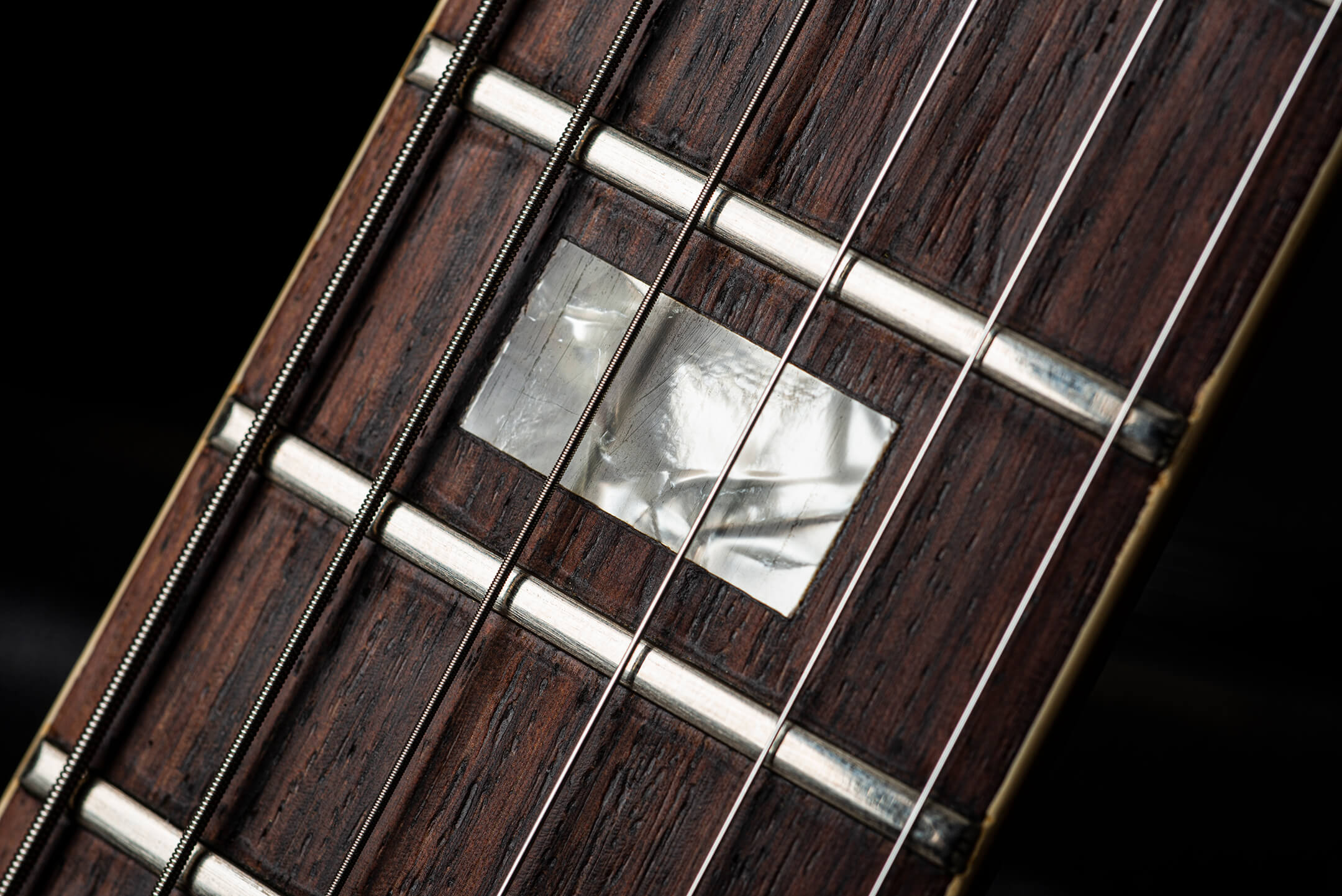 These covers are actually replacements, as are the strap buttons and tuners. Judging by the extra screw holes, this guitar wore Schallers at some point, but it now has a set of five double-line Klusons and one Gibson Deluxe Kluson copy. It has also been nicely refretted, and the rosewood fretboard was levelled up in the process.

“Perhaps the highest profile UK ES-330 player right now is Barrie Cadogan of Little Barrie, who can often be seen with his cherry red, Bigsby-loaded 1962 model”

Fortunately, it wasn’t over-sanded and there are still minor divots between the first eight frets that do not affect playability. The frets are wider than vintage spec by about 0.2mm, and the wire is low, fairly flat and a breeze to play. 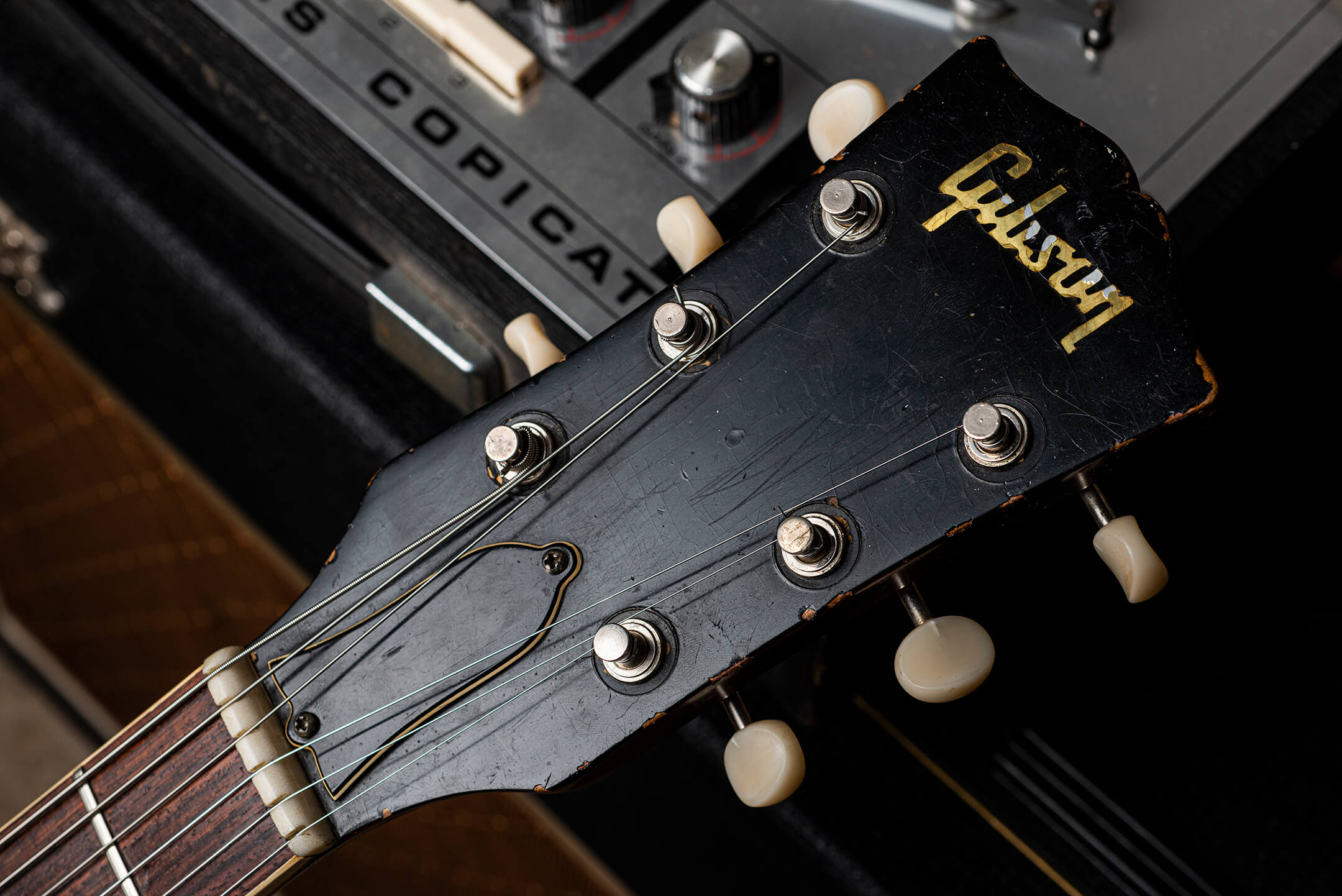 ES-330s of this era would have shipped with nylon bridge saddles, but this guitar only has four of them, with metal ones substituted for the plain B and E strings. The bridge itself sits about 4mm higher above the body than the bridges on the ’62 and ’64 ES-330s we have on hand to compare. The neck angles are all identical, but the 1969 model’s bridge pickup tilts towards the bridge a little more than usual. The tops of hollow Gibsons sometimes compress, and we suspect that has happened here, however it seems perfectly stable and the action is ideal.

We also note that the 1969 model’ pickup spacing is identical to the 1962 ES-330’s but wider than the 1964 model. Here, a 2.5mm shim has been placed under the bridge pickup. This has clearly been there for a very long time and it is a common ES-330 modification that’s done to correct a perceived imbalance between the two pickups. 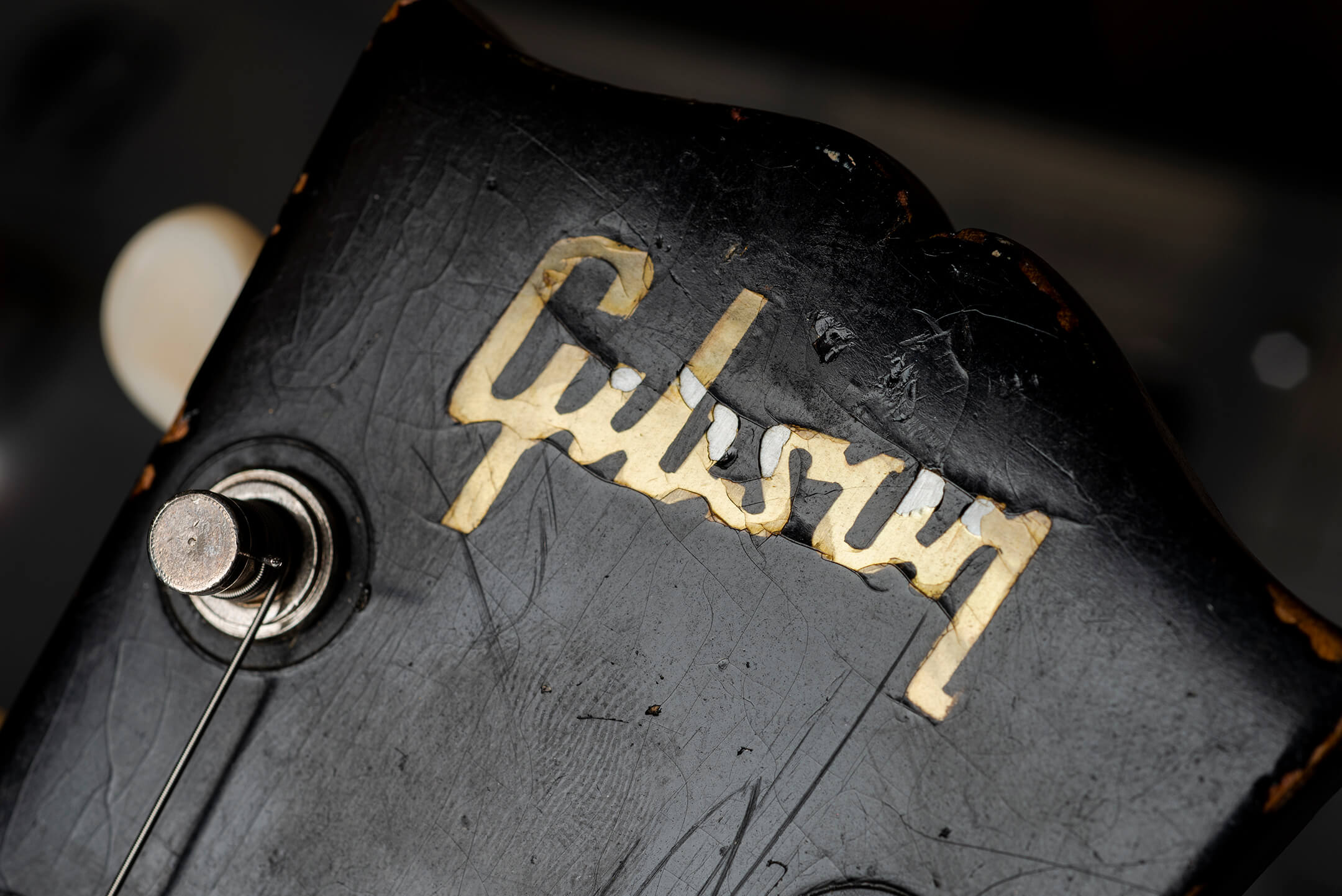 The feature that discourages a lot of players from buying Gibsons made in the latter part of the 1960s is the narrower neck – or more specifically the narrowness at the neck end. Assuming the ’64 and ’68 we have here are representative, the nut width decreased by about 1.75mm. 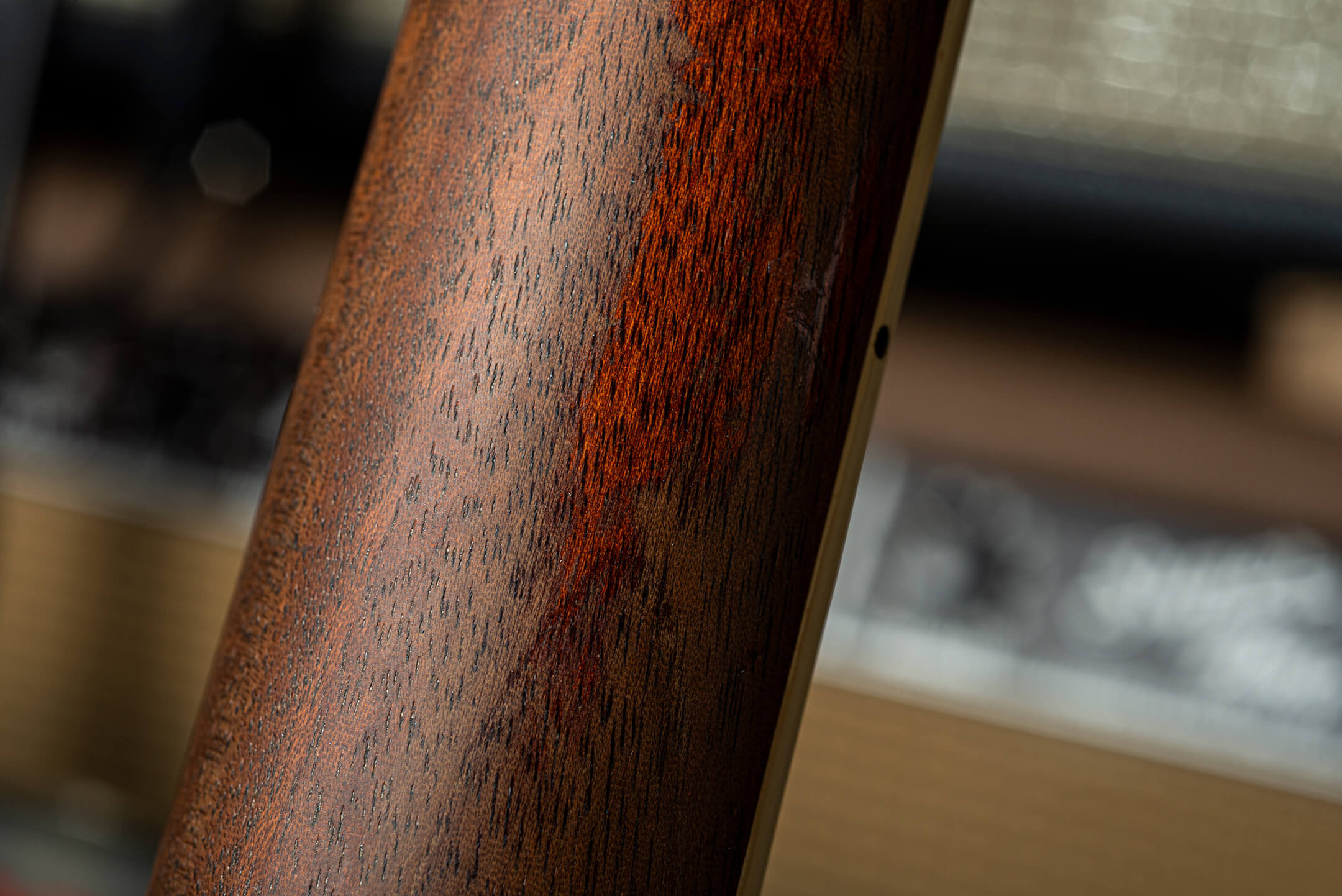 How does the altered neck join affect the unplugged tone? Being able to compare the ’69 with the ’64 is helpful, but with its Bigsby and brass bridge saddles, our 1962 guitar has too many variables.

“The ’69 sounds closer to the ’64, and it’s the quietest and smoothest, with a compressed feel and the most neutral frequency response”

That said, the ’62 is the brightest and edgiest, while the ’64 sounds warmer and fuller, with a honk in the midrange and more sustain. The ’69 sounds closer to the ’64, and it’s the quietest and smoothest, with a compressed feel and the most neutral frequency response. 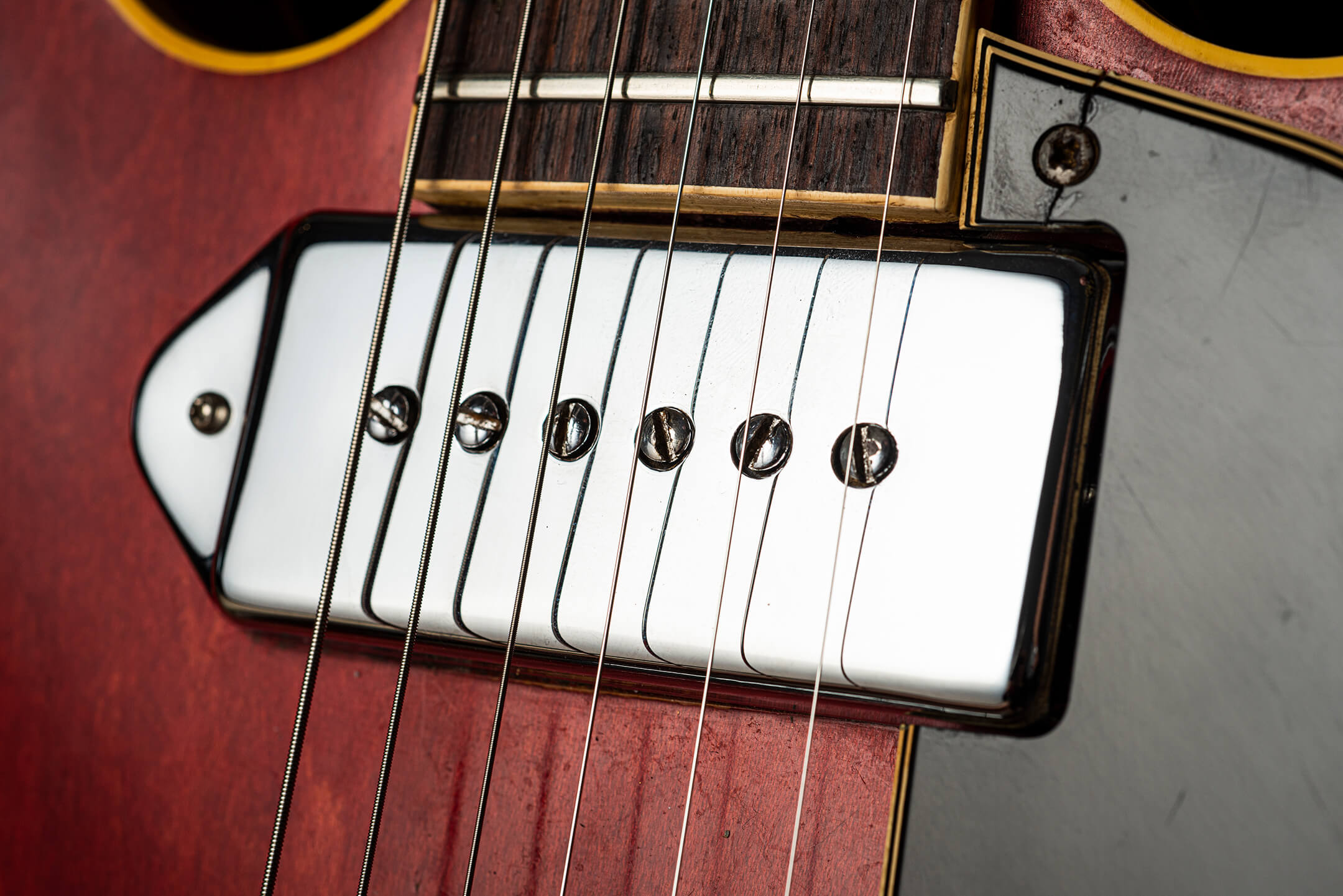 These characteristics are also noticeable when amplified, particularly with cleaner amp settings. The gap closes considerably when overdrive is added and with fuzz, they all sound much the same. Irrespective of what guitar they’re mounted on, it’s hard to beat a set of 1960s P-90s.

The 1969 model’s improved upper fret access is welcome, and the slightly narrower neck is a not issue for general playing. Short neck ES-330s are comparable to 12-fret acoustics, but this ES-330 will feel quite familiar to most Gibson players. 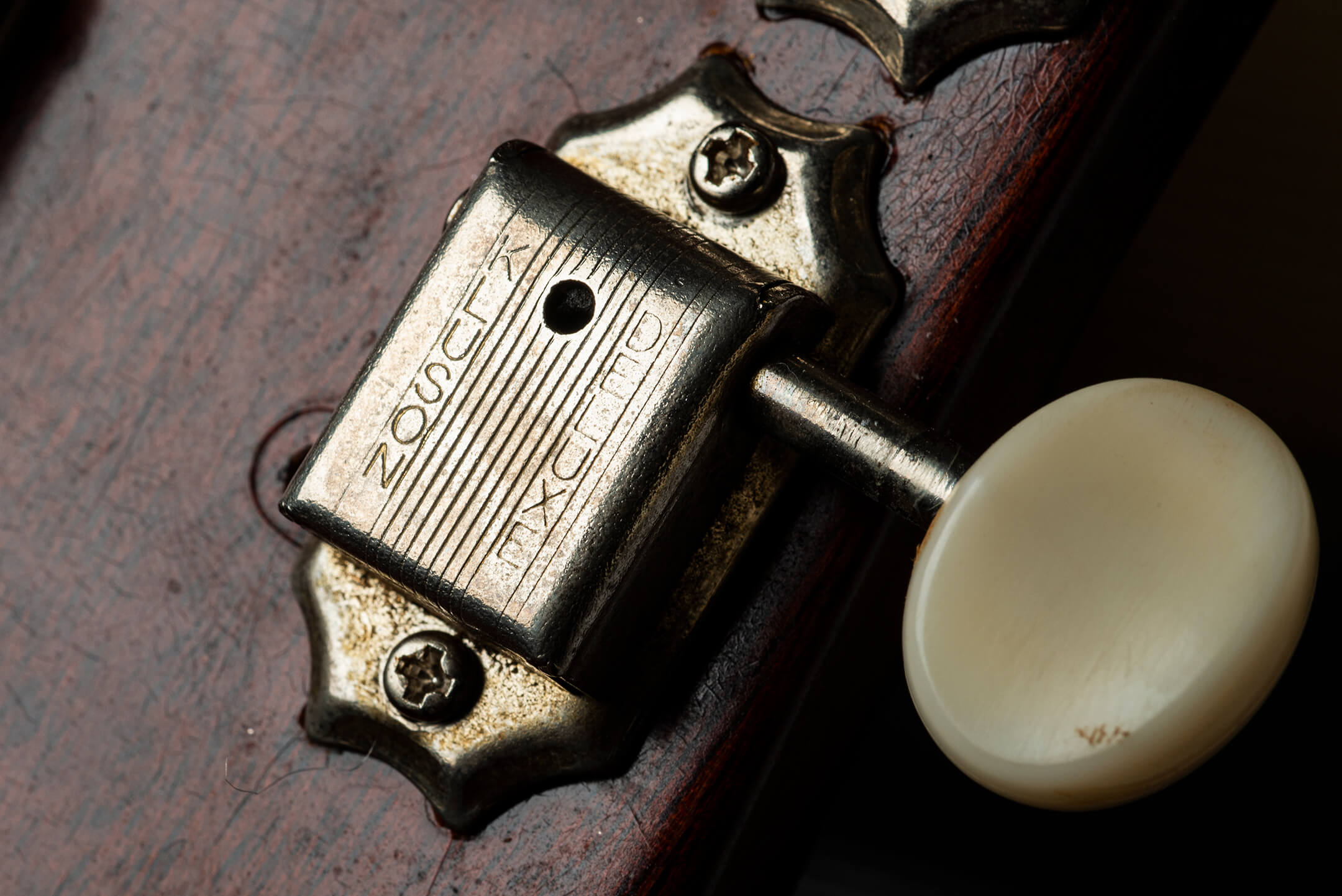 Swapping the 1962 and 1964 models’ bridges around demonstrates that the saddles are a crucial factor in ES-330 tone. We suspect that the ’64 and ’69 could sound pretty much identical to the ’62 with some plastic pickup covers – Bigsby notwithstanding. And of course, the same applies in reverse.

“Short neck ES-330s are comparable to 12-fret acoustics, but this ES-330 will feel quite familiar to most Gibson players”

There is much to be said for the tonal variety of the various ES-330 types, and the 1969 model’s smoothness, access-all-areas neck and ease of playing definitely put it on a par with the other two. We also feel that it has enough of its own personality for existing ES-330 players to consider adding a long-neck version to their collection in addition to the earlier design. 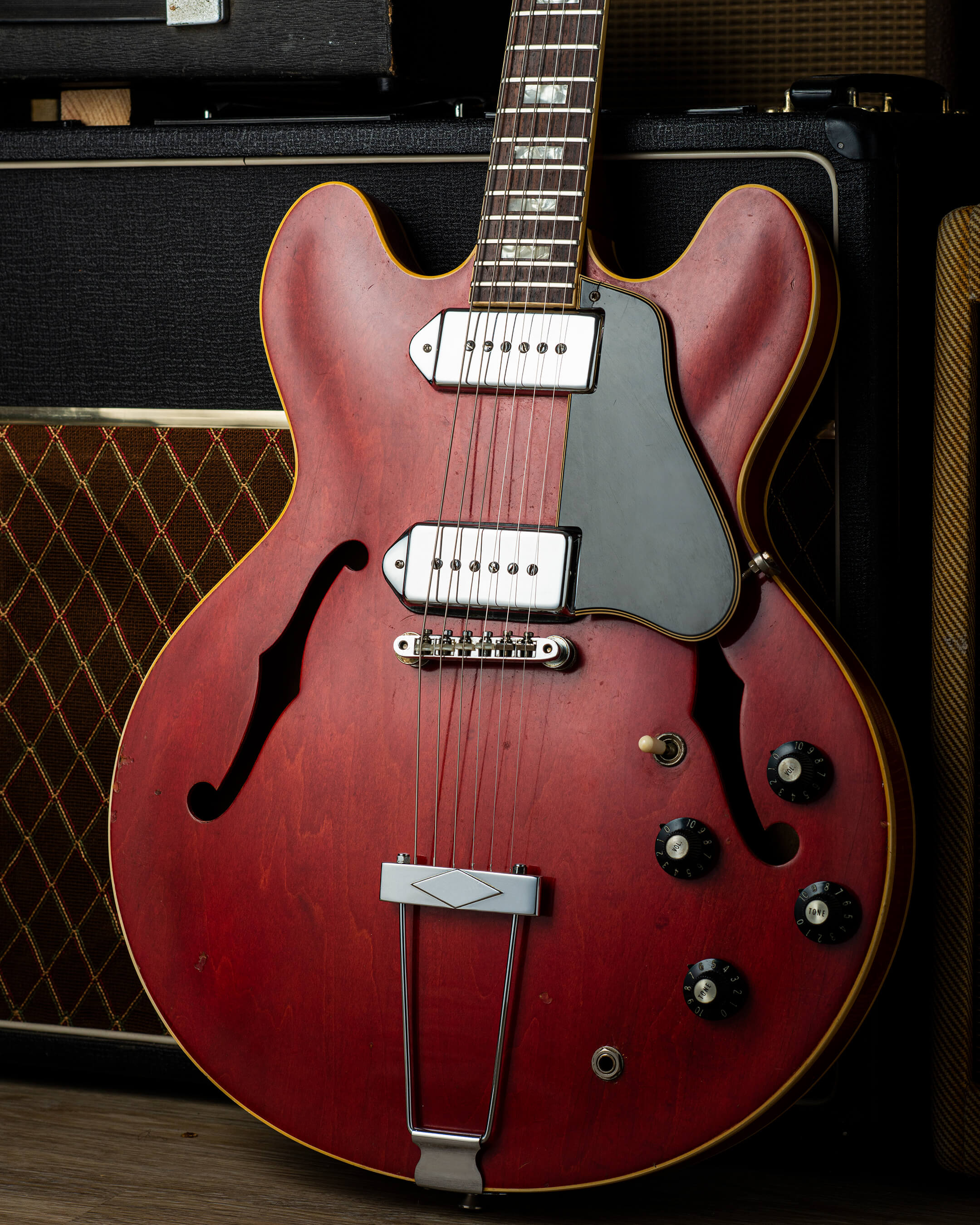