In a new series, G&B goes guitar shopping on Reverb.com, and we might just have blown the whole budget already…

Much as the mid-1960s were a ‘transitional era’ for Fender, the first years of that decade saw Gibson ring the changes, too. Those changes were seen most vividly in the shape of the total redesign of the Les Paul into what we know now as the SG. As the story goes, by the end of the 50s, interest in Gibson’s now-iconic ’Burst was waning and the firm sought to update its shape with sharper edges and a thinner, lighter body that would compete more directly with Fender’s designs.

Between 1961 and 1963, the SG was marketed as the ‘Les Paul’ (supposedly to the chagrin of the man himself) before being given its own title. When this design change occurred, Gibson didn’t just update the Les Paul Standard, but rather applied the new body shape to the entire line-up – from the spartan Les Paul Junior all the way up to the luxurious Les Paul Custom, the guitar we’re examining here. 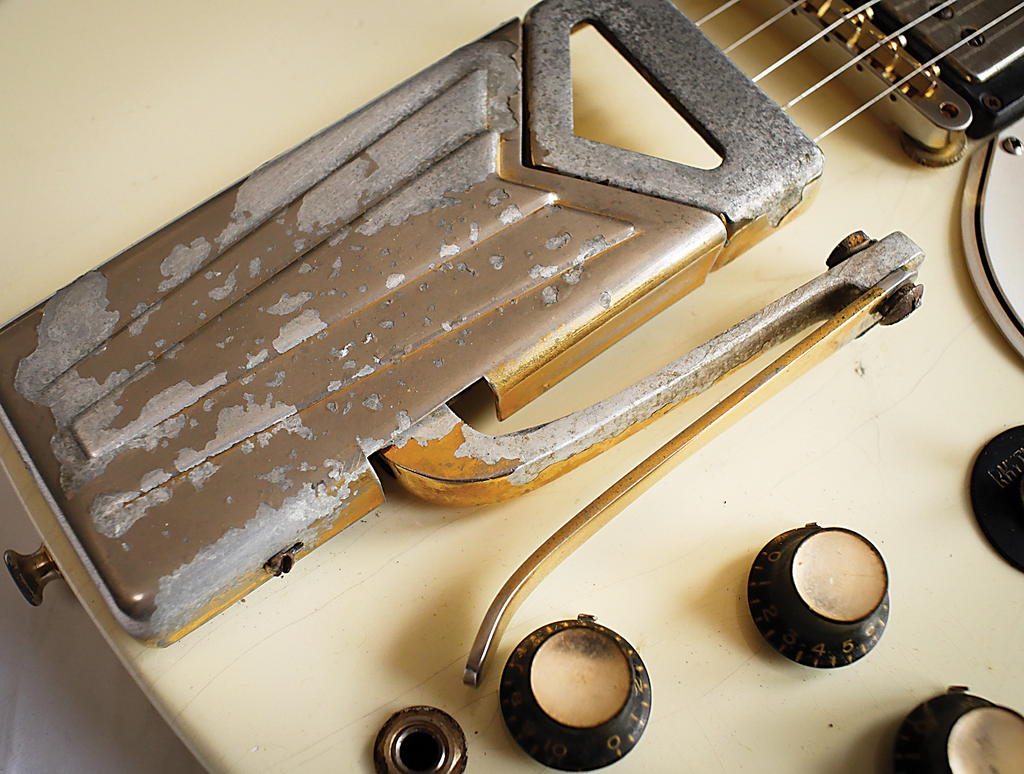 Like the 50s Les Paul Custom ‘Black Beauty’, the SG-styled Custom featured a trio of humbucker pickups, rectangular inlays and the ‘split diamond’ headstock inlay. Rather than the distinct black-on-black finish, the SG Custom sported a slick Polaris White.

This particular SG/Les Paul Custom comes from Atoyboy Guitars in Cheltenham, and is a truly wonderful example of an instrument that’s had some work done, yet still checks all the boxes on a collector’s wishlist. According to the seller, it has been resprayed and refretted, but the work was carried out by none other than Tom Murphy, Gibson’s go-to guy for replicating vintage finishes. Other appointments include the original, nicely patinaed ‘sideways’ Vibrola tailpiece and three original Patent Applied For humbuckers.

While the side-pull vibrato mechanism does not have the best reputation for stability or usability, visually at least, it’s absolutely central to the iconic status this guitar has achieved over the years. Later 60s SGs would use a standard Maestro-style vibrato system, while examples from the 70s can be found with a Bigsby.

Unsurprisingly, the presence of the most celebrated and important pickups of all time is a major contributor to the value of this triple PAF-loaded SG. While this guitar certainly falls just shy of that coveted ‘all-original’ mantle, it remains a stunning vintage instrument with a story to tell.

Take a look at Atoyboy’s entire Reverb shop for more examples of bona-fide vintage gems, all of which are ready to have another chapter of their story written. 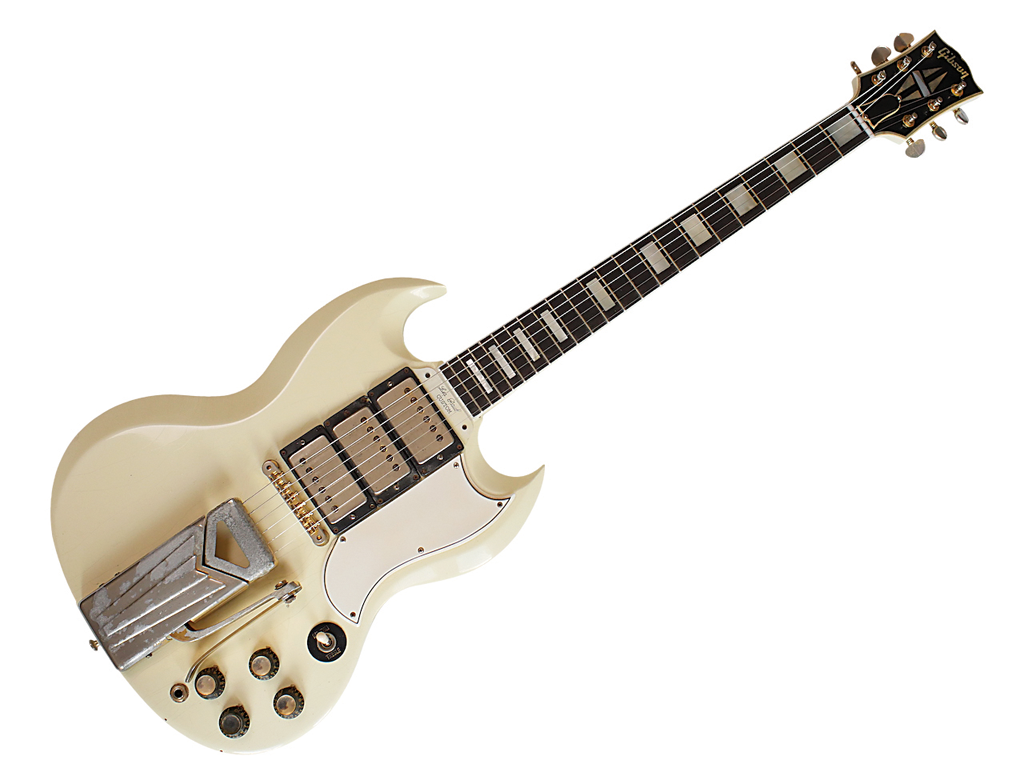