This glorious sunburst Jaguar bears the scars of five decades of live action. It’s a guitar that begs to be played… 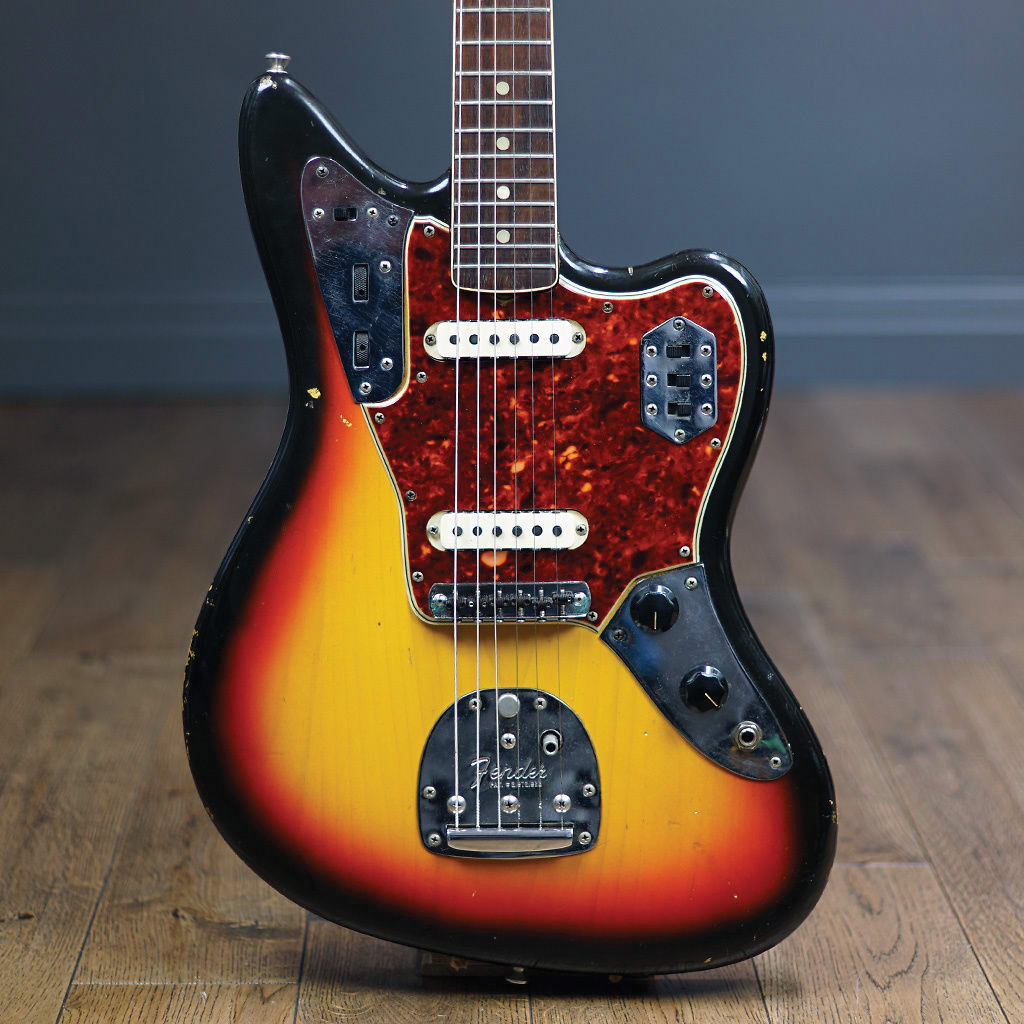 When most people think of Fender guitars, they think of the Stratocaster and Telecaster. And then there’s everything else. But the Jazzmaster and Jaguar are currently enjoying a resurgence, as evidenced by social media posts and searches and sales on Reverb.com (think MIJ reissues).

In many ways, the Jaguar was designed to improve upon the Jazzmaster. It kept what players liked (comfortable offset body, unique slide and switch tone controls) and addressed some complaints (pickups vulnerable to noise). With metal sawtooth shielding on powerful single-coil pickups and a shorter 24-inch scale, the Jaguar became popular in the surf-rock scene and later reappeared in the hands of grunge icon Kurt Cobain, but was never lionised by blues-rockers like the Strat and Tele. 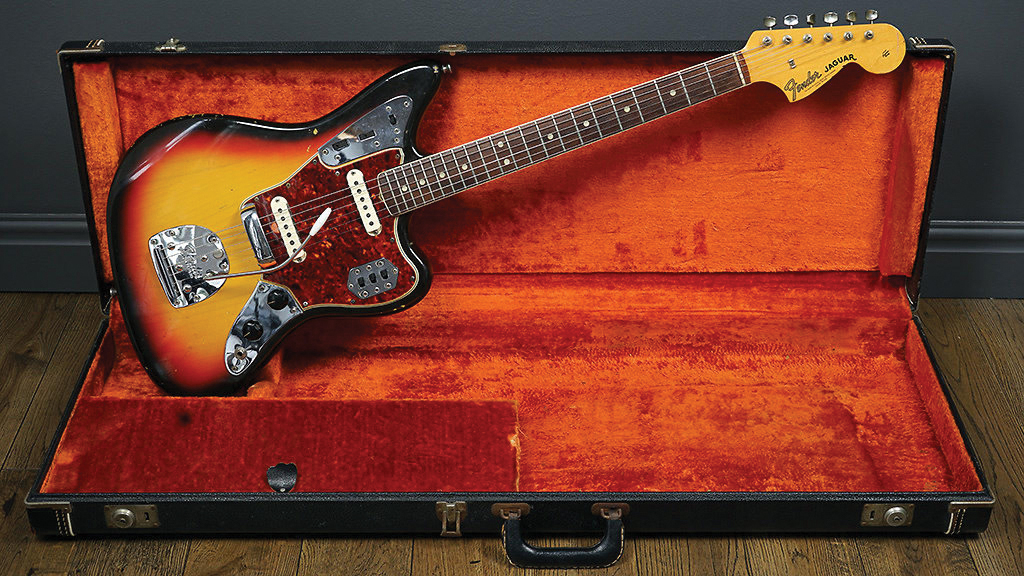 This transition-era beauty is proof that there are plenty of post-’64 Fender specimens that have the feel of earlier models without the eye-watering price tags. It also represents something of a sweet spot – a less-popular model in player-grade condition, made during an era looked down upon by many collectors.

This example was manufactured a mere three years after the model’s 1962 debut, with the original design mostly unchanged. While CBS officially acquired Fender in early 1965, it took a few years for the company to make the changes that many feel diluted the quality and feel of the brand. The only major changes in ’65 were a switch from clay to pearloid dot inlays and the addition of binding to the fretboard (seen by many as a plus). 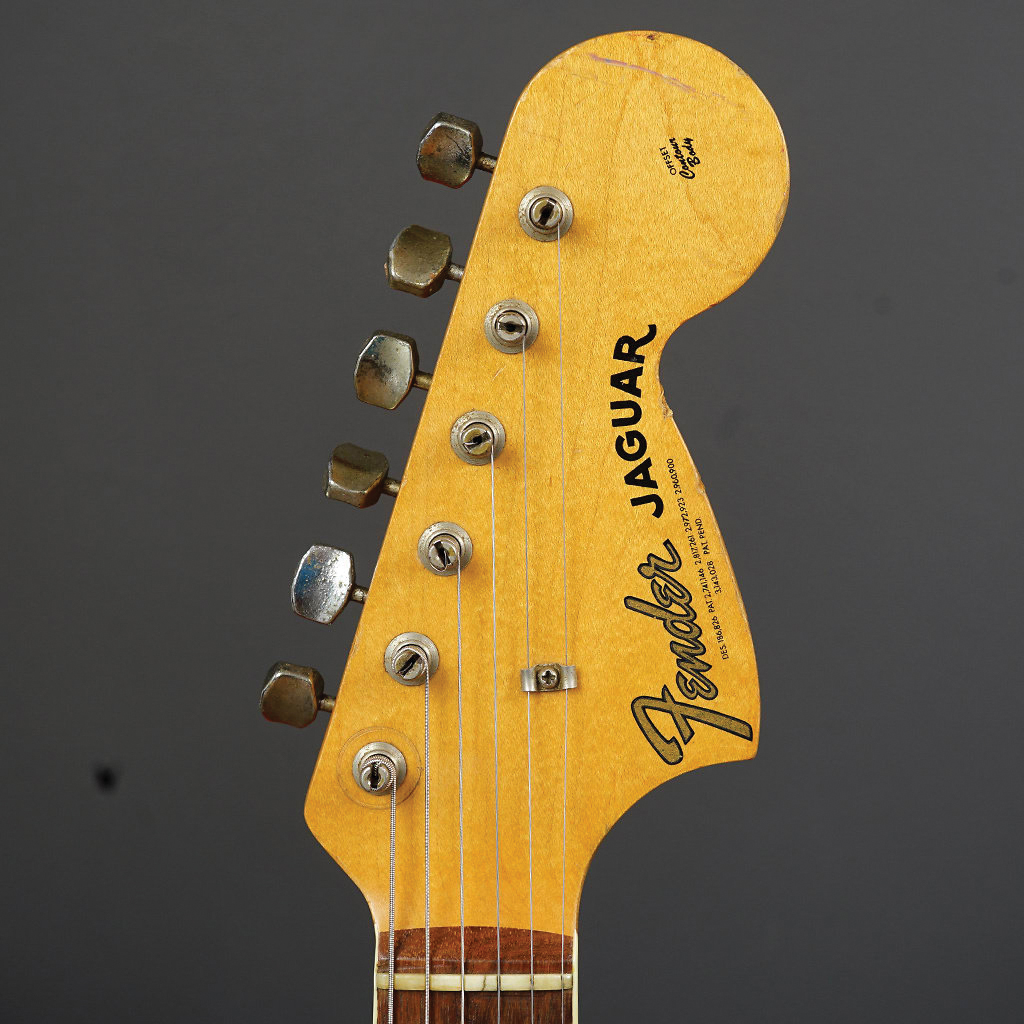 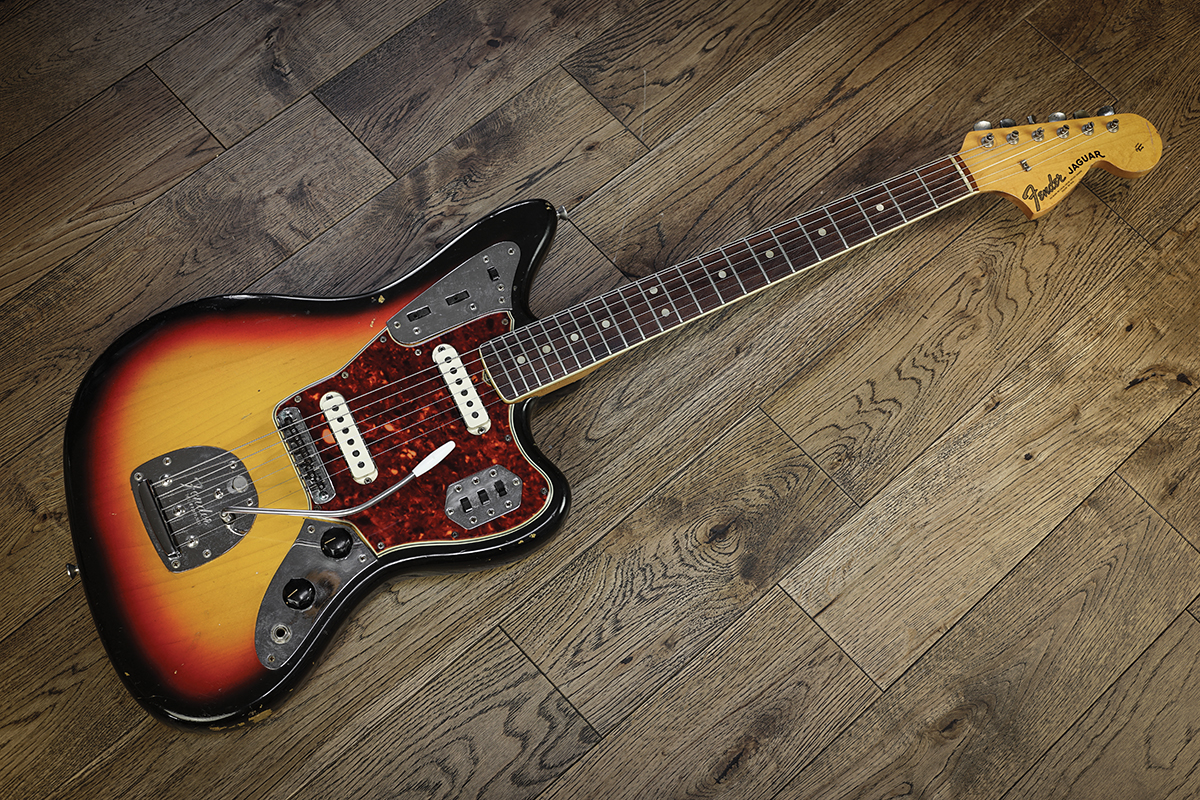 But the real reason we love this Jaguar is the history written all over it in the perfect poetry of scratches, dings and wear from years of playing. When a guitar has been played this much, it’s a clear sign that it gives much joy. That it begs players to come back to it. That it could’ve been put in a closet but was just too much fun for that.

These days, when offset-mania has reached fever pitch and the Fender Custom Shop is cranking out purposely worn vintage-spec instruments that cost more than this seller’s asking price, we wonder whether that classic line sung by Marvin Gaye and Tammi Terrell applies here: Ain’t nothing like the real thing, baby.