The ES-175D added an extra pickup to Gibson’s most affordable hollowbody jazz box, adding versatility to this stage-ready semi-acoustic… 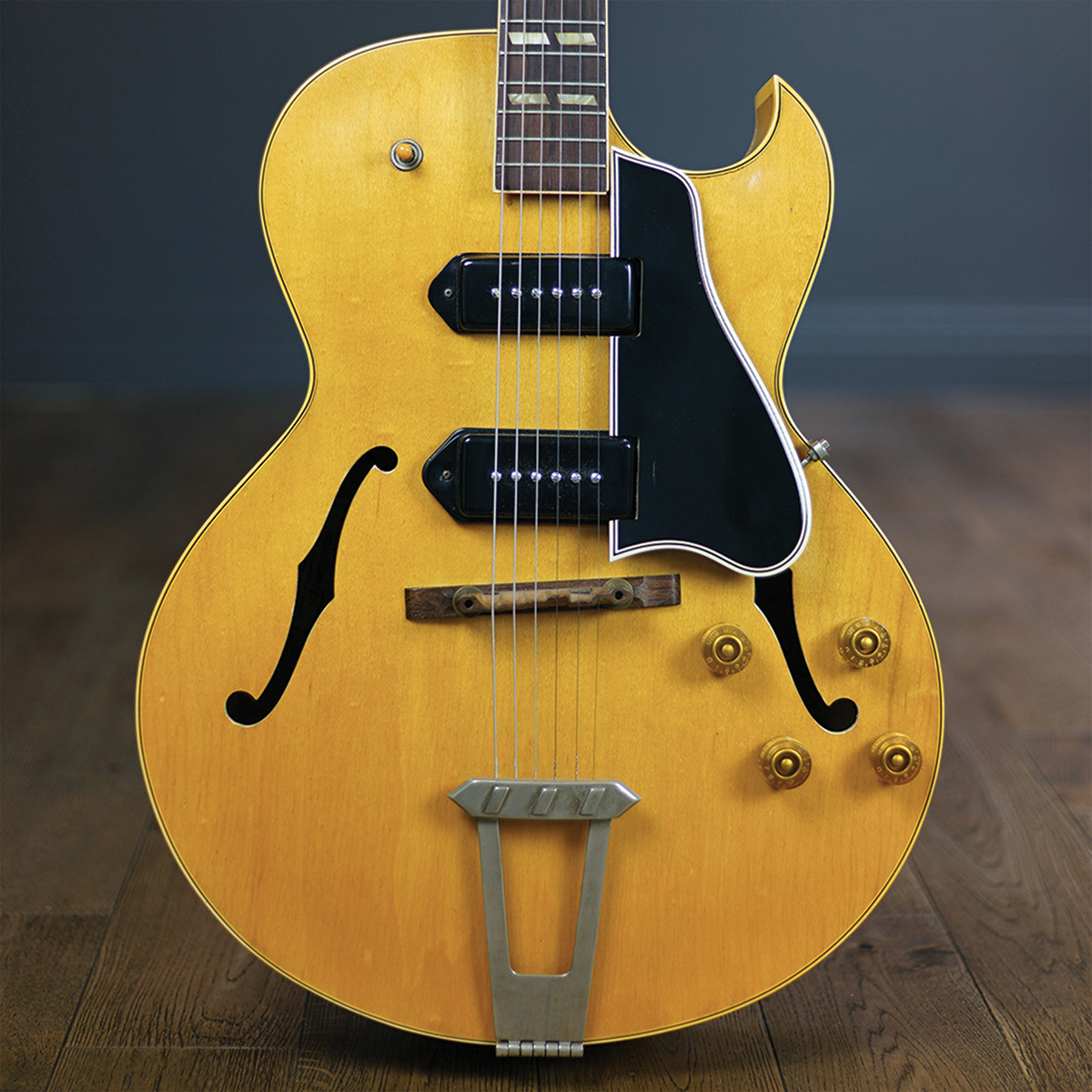 In the late 1940s and 1950s, Gibson had already established itself as the go-to guitar brand for jazz musicians, with high–end model offerings like the ES-300 and ES-350. But these models were expensive, and Gibson wanted to broaden the scope of who could afford to play its guitars.

Enter the ES-175 in 1949, with an all-laminate construction that not only kept the cost of production down, but also helped to manage feedback at louder volumes. The ‘175’ was a reference to the guitar’s sticker price of $175.

Four years later, Gibson released a two-pickup version called the ES-175D. Prior to its release, buyers could only get a double-pickup version of the guitar by custom order.
This listing features one of the earliest production ES-175D models, being one of only 129 guitars shipped in 1954. As such, this ES-175D is equipped with a lot of features that would eventually be changed later in the decade. For example, the two single–coil P-90 pickups from the earlier models would be replaced with PAF humbuckers in 1957, and the standard trapeze tailpiece would be exchanged for a more visually interesting unit. 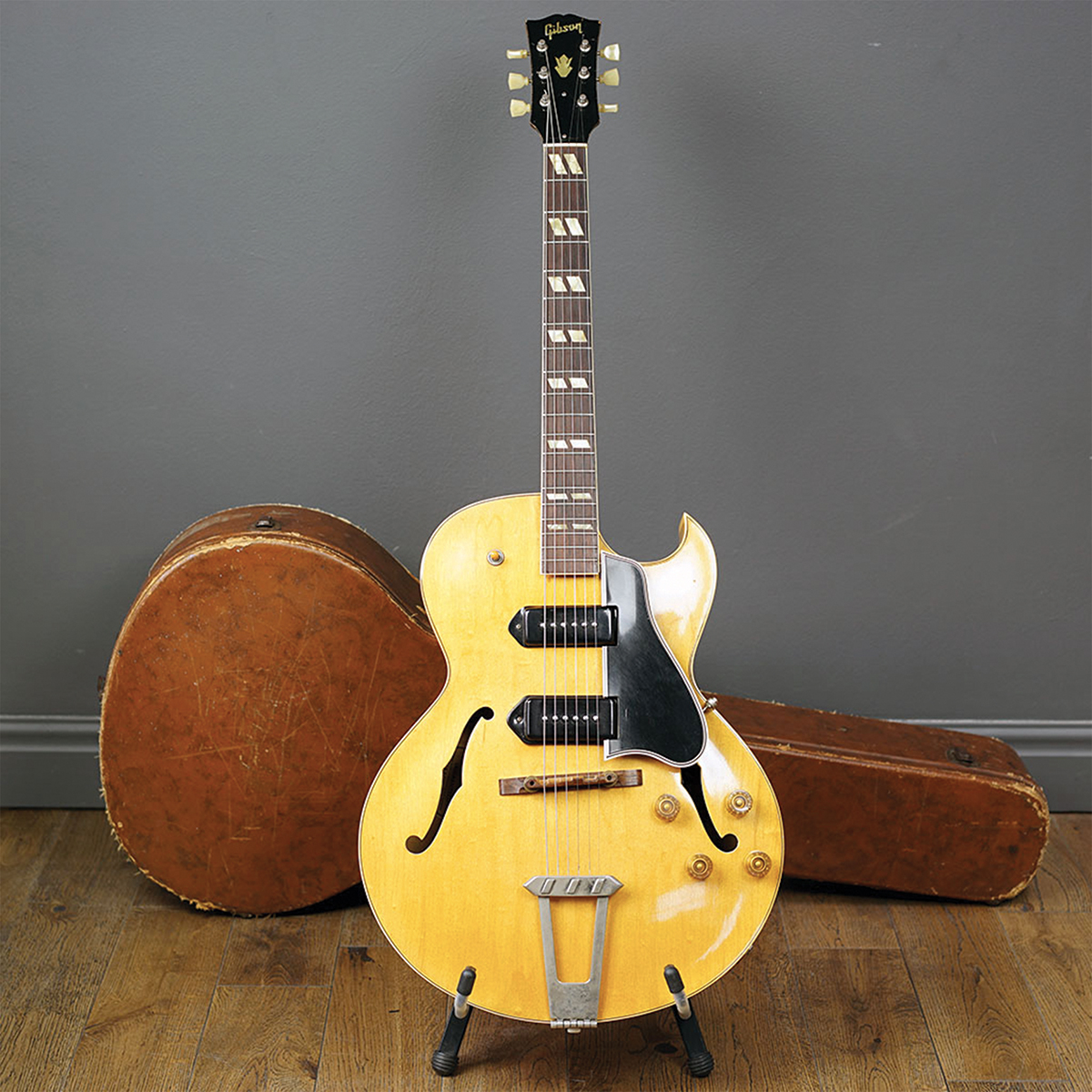 Since the modern ES-175D reissues adhere to the specs of the ’59 iteration, this particular guitar listed is a rare bird, indeed.

The full-hollowbody Gibson is famous for its deep, rich and resonant tone, and prized for its exceptional sustain. It was also the first Gibson guitar ever to feature the now-iconic and razor-sharp Florentine cutaway.

Widely regarded as a jazz guitar – and one of the best and most iconic at that – the ES-175D has welcomed some notable rock players into its dedicated camp, as well. Steve Howe of Yes fame worked with Gibson on a signature model that was released in 2006.

The price for this particular guitar is on the higher end of the spectrum at just under £5,000, but it is all-original and in good condition, with only a few nicks and dings. There is a small crack in the headstock and the wood around the input jack is fragile, but the seller assures that it has been handled with care.