This early Ricky flagship is an extremely rare window into the rapidly evolving golden age of electric guitar. 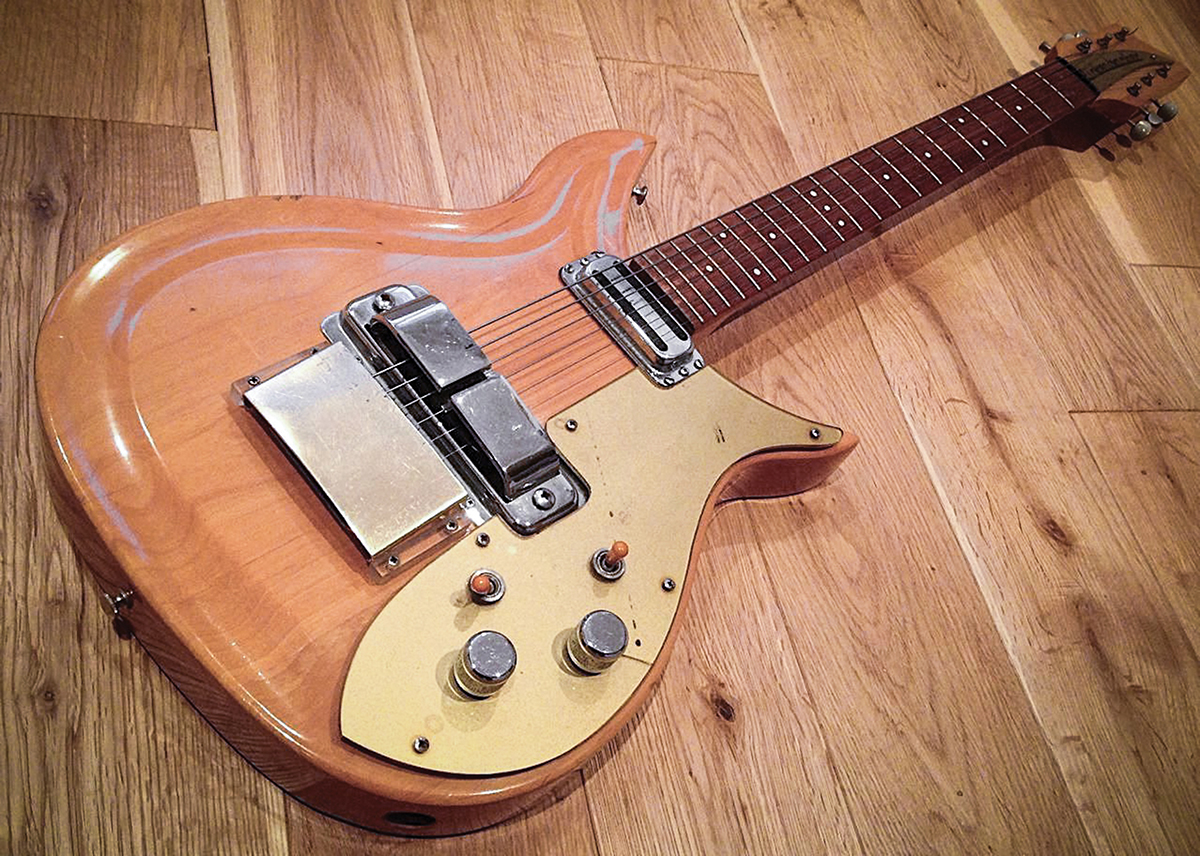 Rickenbacker collectors tend to be a devoted bunch, and it’s not uncommon to see entire vintage collections made up solely of guitars from the iconic California brand. Such is the case for the London-based GG’s Vintage Rickenbackers shop on Reverb. GG is currently selling a crop of rare and collectable Rics, and this 1957 Combo 850 lands at the very top of the heap.

The Combo 850 is one of the most sought-after vintage Rickys of all time. It was part of a series of 50s instruments that are precursors to the famous 325, but they lack the more elaborate ornamentation and hardware components found on the more recognisable 60s models.

On its introduction in 1957, the 850 was the flagship Rickenbacker model, intended to compete like the Stratocaster and Les Paul. According to Richard R Smith in The History of Rickenbacker Guitars, it was introduced along with the 650, and the pair were the first Rickenbackers to feature a deeper cutaway marketed as the “extreme cutaway body.” Most were built with a glued-in neck, but some use the through-neck seen on later Rics.

The earliest Combo 850s only had one pickup, but more collectable specimens like this one host both a horseshoe-covered pickup at the bridge and a toaster top at the ’board. Other features include a rosewood fretboard, gold pickguard, and an early example of the notorious double truss rod.

This particular guitar is in excellent shape and showcases a lovely flame on the back of the maple neck. The gentle slope along the body edge was done with the same “German carve” approach seen on later models, such as the 381.

Overall, the Combo 850 represents the pinnacle of the early wave of Rickenbacker production, when innovators like Roger Rossmeisl (of later Fender fame) were experimenting and iterating on their designs before arriving at the forms that most contemporary players now associate with the brand.

While the 850 enjoys a reputation for build quality and tone among collectors, it was only built for a short window, and examples remain extremely rare. Rickenbacker has never reissued this model, and the combination of scarcity and esteem make originals very valuable instruments.