Fender’s short-scale offset was marketed to set surf guitarist’s pulses racing, but it ended up being a vehicle for much more noisy pursuits… 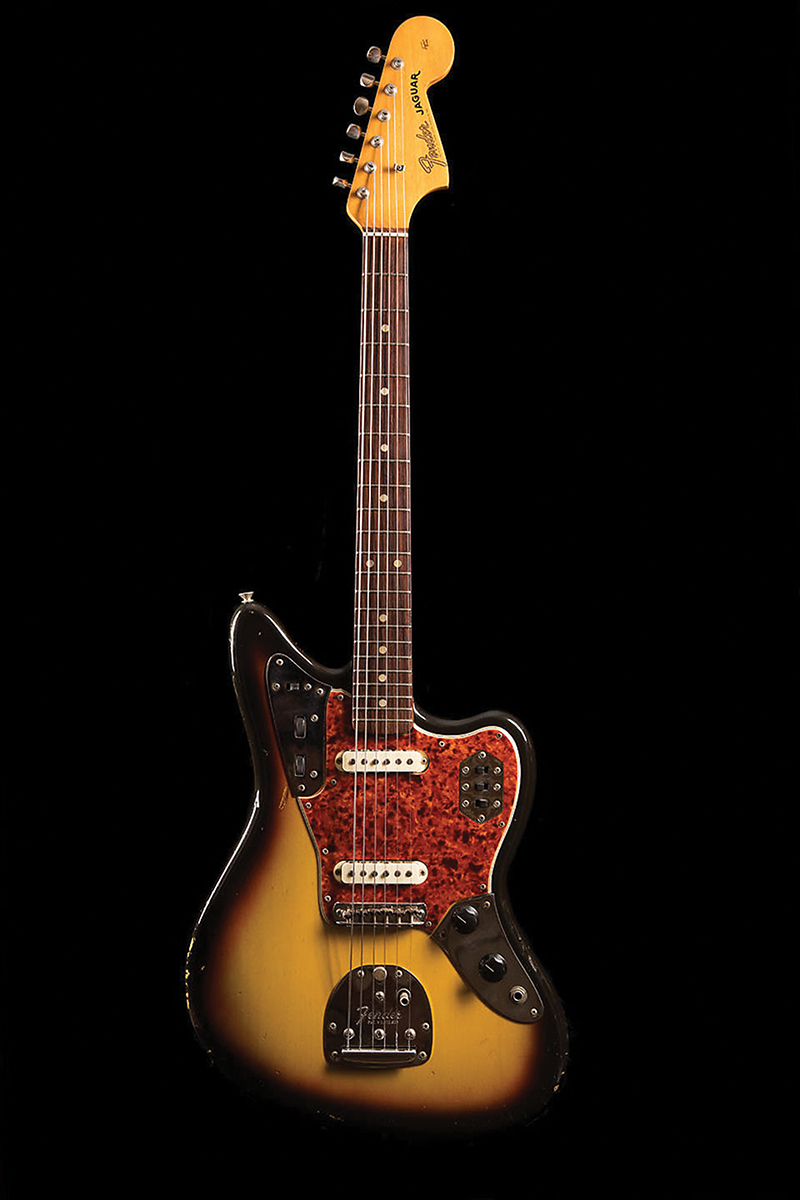 Offset guitars have enjoyed a resurgence in the past decade thanks to the popularity of indie-rock bands who eschew the more classic body shapes. While this trend has brought about a surge in modern boutique instruments in that style, it’s hard to beat the originals: the Fender Jazzmaster and Jaguar.

Originally released in 1962, the top-of-the-line Jaguar deviated from the Jazzmaster blueprint of 1958 in a number of ways. This included a shorter scale length at 24 inches (compared to the Jazzmaster’s 25.5) and shielded single-coil pickups instead of the Jazzmaster’s feedback-prone units.

The Jaguar was supposed to appeal to guitarists in the emergent surf genre, so beachside themes dominated early adverts, and ultimately a Jaguar did make its way into the hands of Carl Wilson of the Beach Boys. But even endorsement from the most biggest surf-pop band of the day couldn’t propel the Jaguar to match the popularity of the Strat or Telecaster.

After just 13 years in production, the Jaguar was axed from the Fender catalogue altogether in late 1975, never having really found its audience during its original run.
But that’s not the end of the story – the Jaguar experienced a resurgence in the early 1990s thanks to Kurt Cobain and other grunge and indie-rock guitarists would soon follow. Off the back of this surge of interest, Fender began production of Japanese-made reissues, and then in 1999 started building the Jaguar in the USA again as part of its American Vintage series.

Fender would go on to release a number of vintage-styled reissues and modern iterations of the Jaguar over the years, including a dual-humbucker version and even a semi-hollow.
Like many Fenders, the most desirable vintage Jaguars are from before Fender was bought by CBS in 1965. The beautiful model pictured just falls into that 1962 to 1965 time period, and comes in the classic three-tone sunburst, albeit slightly faded, and it’s a great option for someone looking to own an orignal piece of Fender offset history.