It promises a ‘sinus-clearing experience’ for your tone, but will this anatomically-themed dual booster from Oklahoma boutique mavericks Walrus get the blood pumping for Richard Purvis? 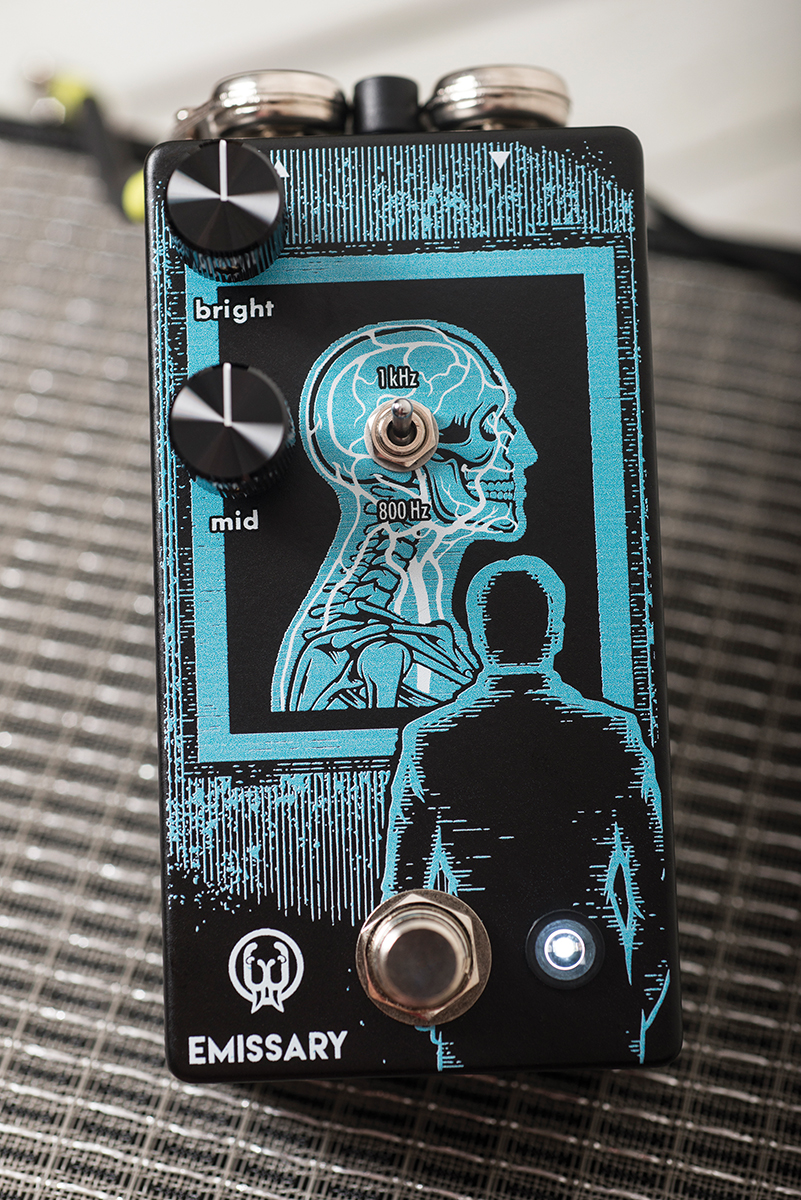 There are times when it feels like all the good band names are taken, and it’s starting to get that way with effects pedals. Not that ‘Emissary’ is a bad name for a pedal, but Walrus’s explanation of this boost pedal’s monicker – named for the veins that connect the inside and outside of the skull, of course! – indicates the thought processes are getting increasingly obtuse.

The name might be confusing initially, but the pedal itself is pretty simple. It offers two boost circuits running in parallel – one JFET with the emphasis on higher frequencies, one focused on the midrange – that can be blended to taste. Add a toggle switch for flipping the centre frequency of that mid-boost between 800Hz and 1kHz, and that’s your lot.

Oh, except that there is one more nifty feature: like the EarthQuaker Devices Pyramids we reviewed in August, the Emissary has a footswitch that automatically goes into latching mode if you hold it down – a potentially useful function if you only want to be louder than your band for a couple of bars at a time.

Starting with both dials at zero – silence – we bring up the bright boost until, around 10 o’clock, we get something like the bypass signal, but with a hint of extra top end. Crank it past halfway, and it becomes clear that this is really a full-range level-lifter with some added zing, rather than a pure treble booster. If you’re looking for something to give your solos more loudness, more overdrive (amp permitting) and more cut in the pick attack, then this could be the knob for you. It’s mighty addictive.

Now we put the bright boost back in its cage to let the mid control have a run around… and it couldn’t be a more different animal. With this dial at 10 o’clock and the switch set to 1kHz, the result is not so much a midrange boost as a bass chasm. It sounds odd at first but makes sense when you turn it up: we’re not quite in cocked-wah territory, but this is a strongly mids-focused sound that has a likeable character of its own, especially with overdrive.

Flipping to 800Hz, now we really do get the sound of a wah pedal stuck at halfway. The squeezed bandwidth is even more pronounced – and if you do find it too honky, you always have the option of dialling in the fuller-voiced bright boost to make things more balanced.
And that’s the key with the Emissary. You’re not getting the flexibility of a fully parametric booster here, but it’s surprising how much ground you can cover with such minimal controls. Walrus’s staff might not be our first choice for anatomy lessons, but the Oklahomans certainly know their stuff when it comes to ingenious pedal design. 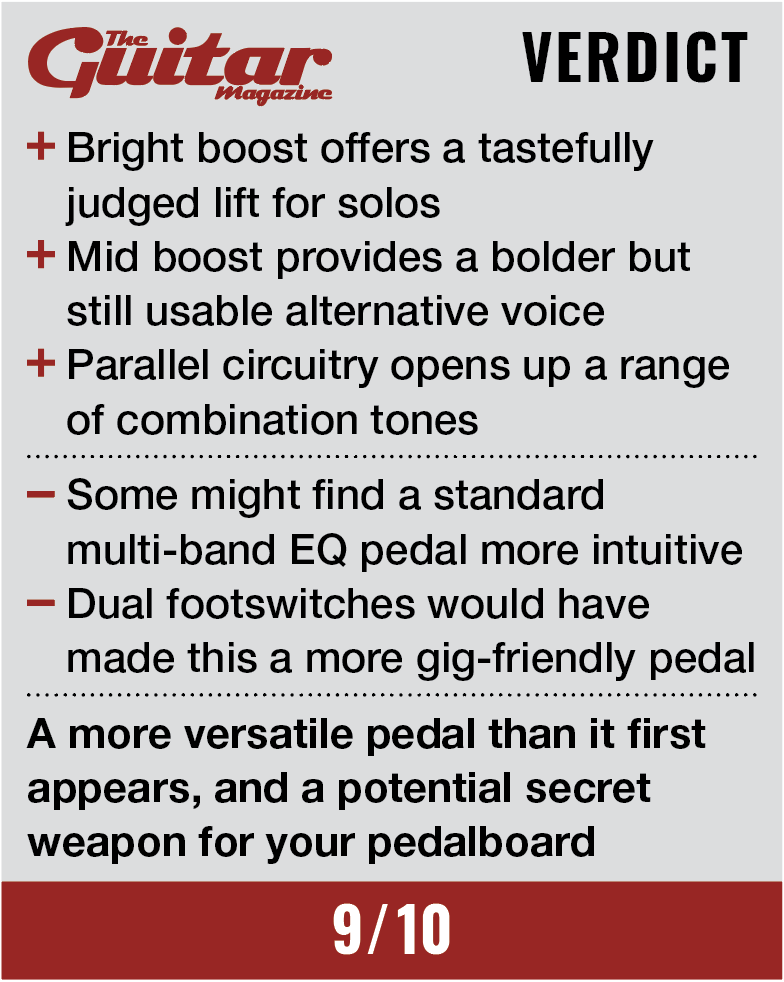