A high-end wah that offers a virtually limitless tonal palette. Simon Bradley separates the wheat from the Shaft… 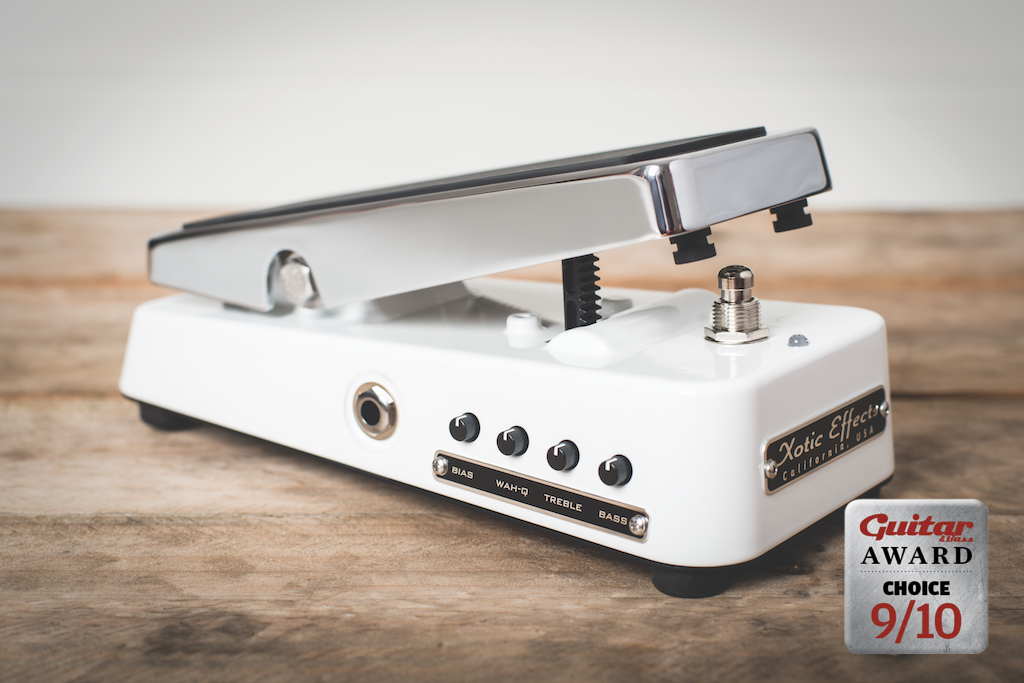 The first wah to be made available commercially was the result of a collaboration between Vox and a noted jazz trumpeter named Clyde McCoy, who’d approached the company to produce something that mimicked the tone of a muted brass instrument and could be used with a keyboard.

Taking the chassis of a volume pedal as a starting point, members of the design team duly obliged and the now-legendary Clyde McCoy Wah was introduced. The XW-1, the first wah from renowned US e ects manufacturer Xotic, is based unashamedly on the Italian-made McCoy from the late 1960s and, what’s more, its spec incorporates as exhaustive a selection of tone-shaping controls as we’ve seen on a pedal of this kind. These include a quartet of micro-pots sited unobtrusively along the pedal’s right side, an internal trim pot for setting the input gain and, again inside the pedal, a further four dip switches that allow settings such as the Q frequency, amount of presence cut and treble frequency in the treadle’s toe-down range to be fine-tuned.
Other notable features include the on/o LED that flashes conveniently when the battery drops below 50 per cent charge and, last but not least, its size. The XW-1 is smaller in footprint than, for example, a Vox V847 (a footprint of 210cm2, compared to the 257cm2 of the Vox), which is good news if, like ours, your pedalboard resembles the car deck of a cross-channel ferry.
Everything within is exceedingly neat and, with true bypass courtesy of gold contact relays, and a nylon bushing pivot that does away with the need for gobs of grease to ensure a smooth operation, we’re so far very impressed.
In use
We begin by leaving all the controls in their factory default positions, which quickly enables us to discover just how clean the e ect is. That’s not to say it’s in any way sterile, more that there’s no pedal scratch, extraneous hiss or unwanted crackles to speak of. As we wind up the amp gain, we find ourselves reaching for the treble pot to take off some of the high end, but that’s the beauty of the XW-1: you can set it to your preference and wail away.
We did find we needed to match the wah output to that of the dry amp signal, which involves removing the baseplate to access the input gain trimmer, and we’d suggest that you’ll need to do this when using guitars loaded with pickups of di ering output levels, too.
Would it have been better to site this important control alongside the four pots on the chassis? It’d certainly have been more convenient.
That’s the only gripe, though, and the sheer variety of wahs is staggering. All it can take is the merest twist of the bias or wah-Q pots to find something genuinely inspiring, and experimenting with the wah-Q frequency dip switch should also not be missed. With a clean, lightly overdriven or high-gain tone, the wah keeps its character and, in case you were wondering, we didn’t notice its slightly smaller size under our size 12s.
Grappling with a series of small pots may not be every guitarist’s cup of tea but, pricey though the XW-1 is, the resultant versatility puts it right up there with the very best wahs on the market today.
Key features
Xotic Wah XW-1
• Price £287
• Description Analogue was pedal with true bypass and a number of tone-tailoring options. Powered by internal 9v PP3 battery or optional 10mA/9v DC PSU
• Controls Bias, wah-Q, treble and bass pots, plus four internal dip switches and input gain trimmer
• Features On/o treadle- operated footswitch, mono 1/4-inch input and output
• Dimensions 100(W)x67(H) x210mm(D)
• Contact Andertons Music 01483 456777 www.xoticeffects.com 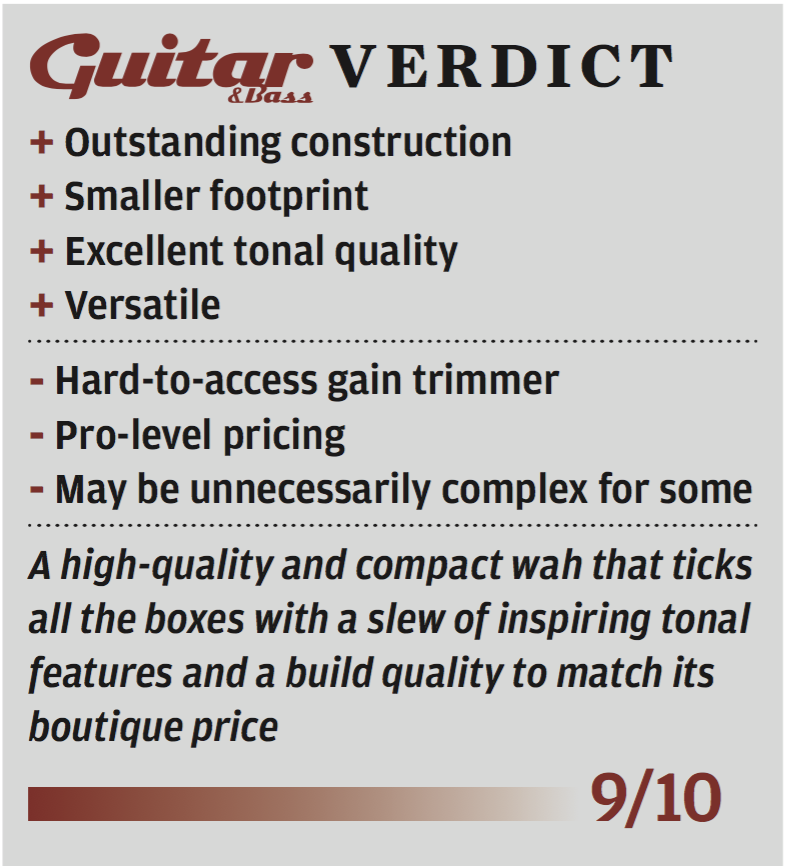