Small is beautiful, as we check out a pair of mini marvels from Yerasov. 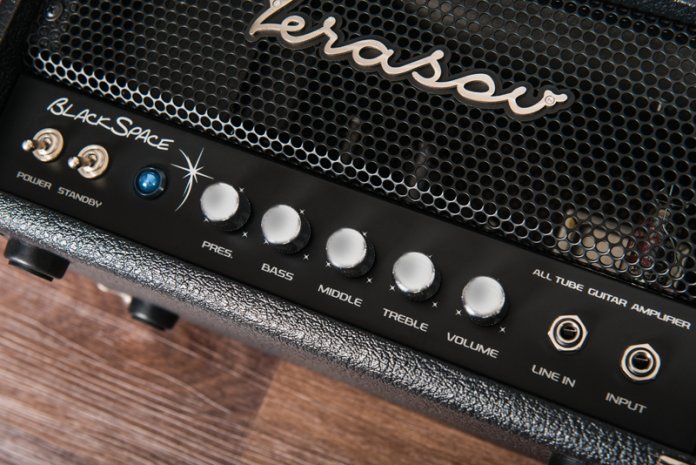 Yerasov Amplifiers has quietly been carving itself a niche for affordable, solidly built all-valve guitar amps. The range includes retro-inspired combos as well as fully featured metal heads and cabinets, some of which are wired point to point. This month, we’re testing a pair of very different mini heads. 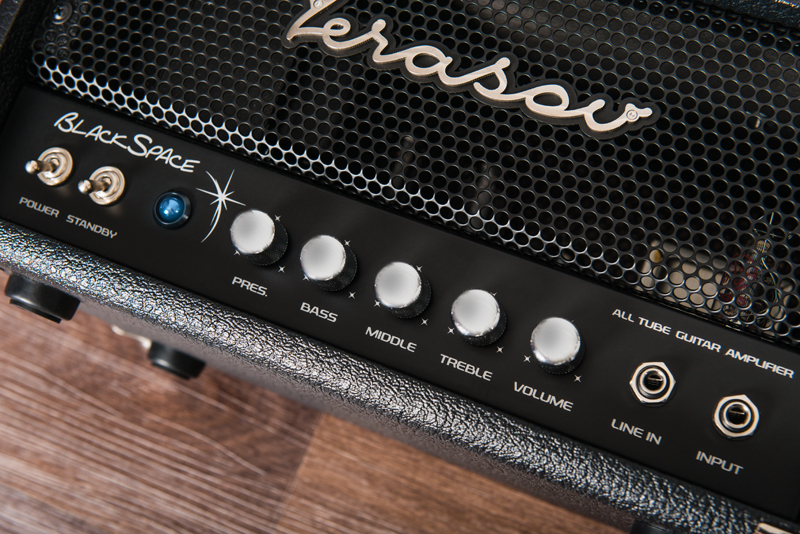 The specs state clearly this 20-watt valve head is “specifically designed to add real tube sound to processors, preamps and pedalboard setups”. Speaker outputs are provided for 4- and 8-ohm cabinets alongside a line input for processors and preamps.

The equalisation controls include volume, treble, middle, bass and presence. Given the retail price, you may be pleasantly surprised to learn that the Blackspace is completely handwired on turret board with chassis-mounted ceramic valve sockets.

This amp is designed for a very specific purpose, so you shouldn’t expect 50 shades of filth or radical tone shaping. This is first and foremost a pedal platform, so we’re talking clean headroom, refined but full frequency equalisation plus a punchy and solid dynamic response. Blackface characteristics, even?

I soon discovered those 20 watts can move a lot of air, but some careful tweaking is necessary to get your guitar `talking nice’ with the amp. Rather than go for broad brush strokes, it’s more helpful to approach the Blackspace’s tone controls like a studio equaliser. 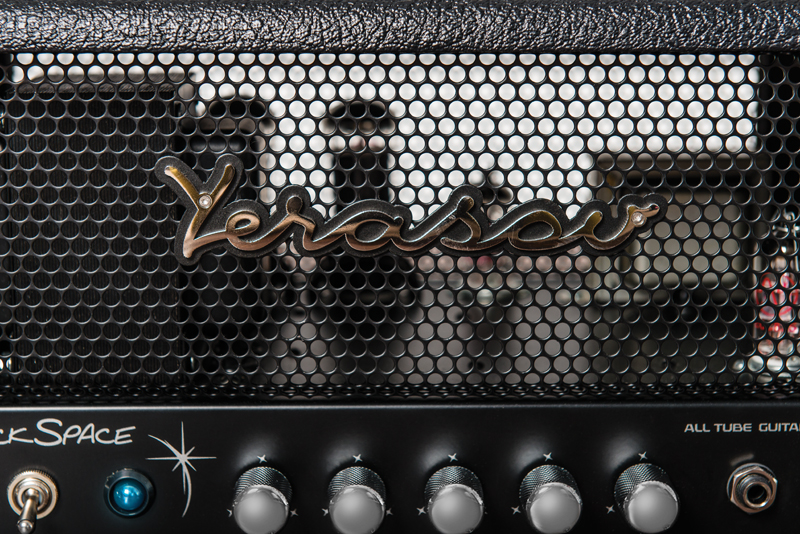 The Blackspace retains its clean composure until the volume control reaches around 75 per cent, at which point a mild degree of overdrive begins to take over. Breakup occurs a tad earlier with humbuckers, but there’s still plenty of clean volume and the overdrive has a slightly smoother and warmer quality. You can use a compressor to soften a lively transient attack, but I can’t think of a pedal that can add punchiness to a saggy amp. This ought to make the Blackspace’s solid-state rectification and lively attack preferable for pedal platform duties.

There is a way to dial out some of the spikiness from single coils; try turning the treble all the way down and max out the presence, then dial back in a little of the treble. Increasing the presence doesn’t lower the clean headroom, but it compresses the transient attack just enough without losing clarity.

The clean tones are more neutral than characterful, but venturing into overdrive territory does allow some of the valvey colouration to show itself. To my ears, the most obvious sonic reference point would be the clean channel of a mid-powered Fender because the overdrive mostly rounds out the underlying cleans. 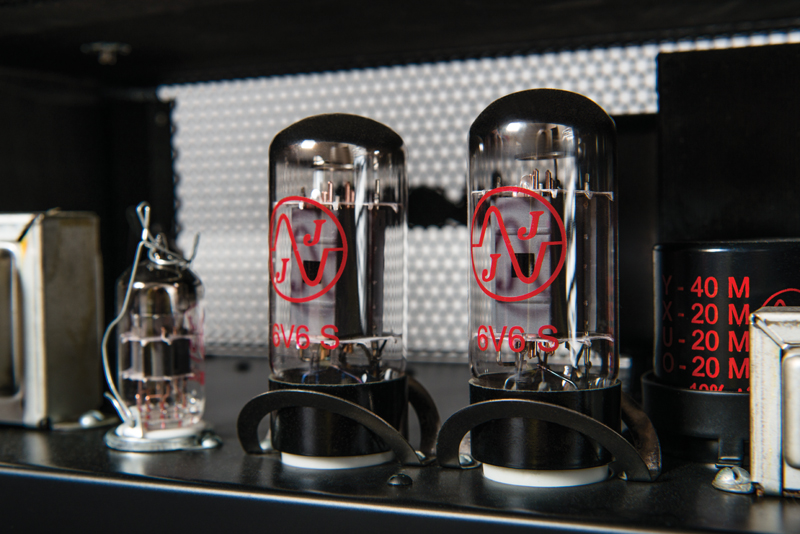 It’s fairly responsive to playing dynamics and quite engaging on its own. Fortunately, things get even better with pedals and the Blackspace really allows the sonic characteristics to come through.

The line input feature isn’t something you can use to jam along with backing tracks from an mp3 player because plugging into the line input mutes the guitar input. The Blackspace’s volume and presence controls remain active, but the other tone controls are disengaged.

However, you can plug a processor straight in to add some genuine tubey goodness to modelled sounds. In this application, the Blackspace produces a very big and clear tone, but some fine level balancing may be required to stop microphonic pickups from squealing. 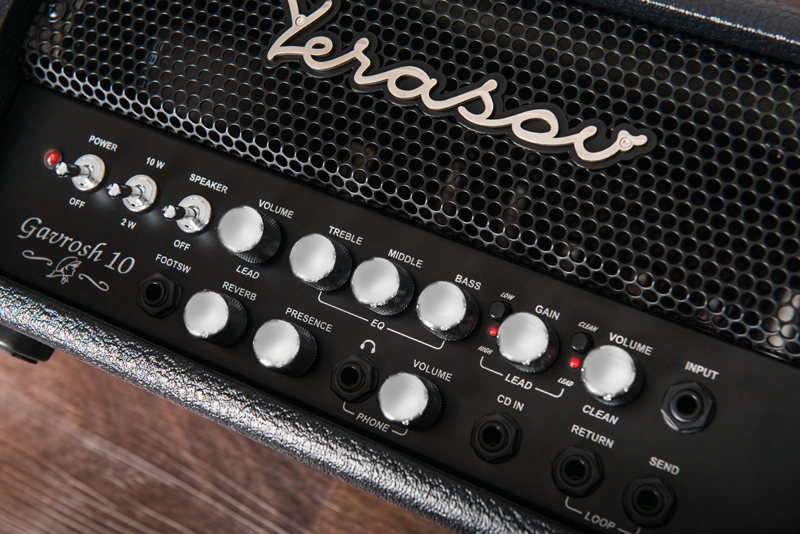 Most practice amps tend to be fairly simple affairs with very few features. Not so the all-valve Gavrosh 10 head, because you get two channels, 2/10-watt power switching, CD input and an internal power soak that emulates a guitar cabinet for routing preamp valve overdrive into headphones. The channels share bass, middle, treble and presence controls, along with digital reverb. You can switch channels on the front panel or use the supplied footswitch.

This one covers an awful lot of ground with clean, overdrive and high-gain tones. In clean mode it’s fairly similar to the Blackspace, but it shifts into a nicely rounded overdrive a bit sooner. The tone controls are powerful, but overall I find the sound slightly on the bright side.

It also sounds as if the frequency points of the middle, treble and presence control are fairly close together, so going beyond halfway with any of them accentuates the inherent brightness. I ended up rolling the treble back and lifting the treble to tame the shrillness. 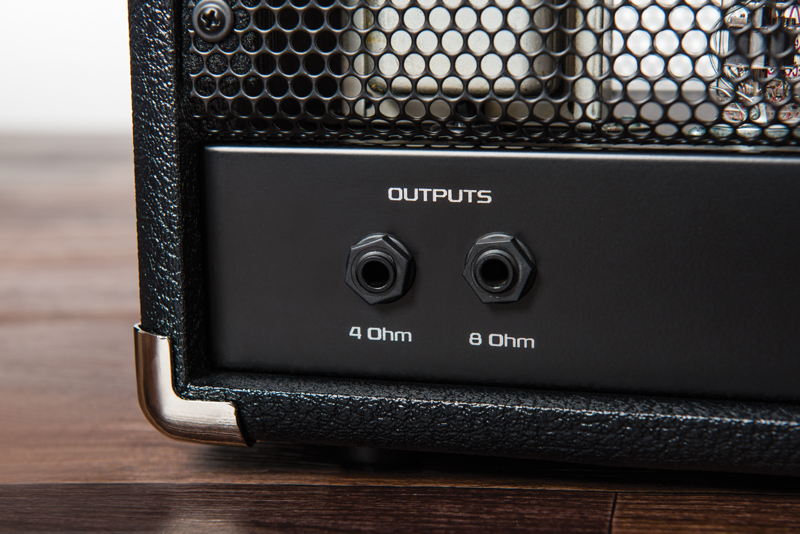 If multi-channel amps are to share the same tone stack, the fundamental sound has to be very well voiced, so only minor adjustments will be needed. Overdrive accentuates the Gavrosh’s brightness, but once you roll off more treble, you can get very nice tones at low-to-medium gain.

A panel switch activates high gain mode – and it’s the sound of shred. The gain really is massive and when you turn down the master volume there is a fizziness that sounds more like the diode clipping of high-gain Marshalls. To minimise the fizz, try flipping to 2-watt mode rather than attenuating the level using the master volume.

The reverb will be a bit over the top for some tastes. The decay is quite long and the effect comes on very quickly. Long before the control reaches halfway, the guitar tone becomes swamped by the effect. It’s nice, though, to have reverb on a practice amp, even if it does work best with cleaner and more moderately overdriven tones. 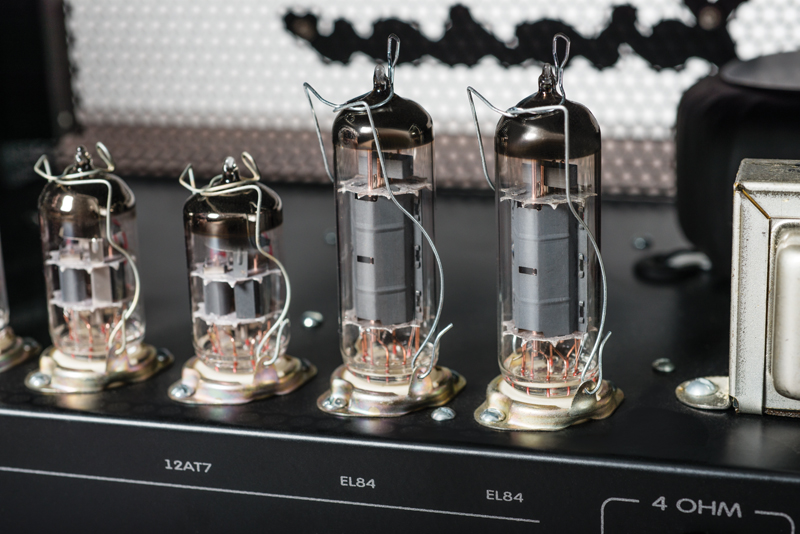 Overall, the vibe is fairly 80s, but that’s no bad thing. Those seeking old-school tone should probably look elsewhere, but you’re likely to be able to dial in something you enjoy.

The line input works nicely, but your media player will need its own volume control because input on the Gavrosh is fixed. You won’t get hi-fi quality for your backing track, but it’s a convenient solution. The headphone socket doesn’t kill the power amp output, so you have to flip the speaker switch to silence the Gavrosh, but the tone is very enjoyable through headphones.

Both these amps are built to a far higher standard than is usual at this price point. The styling might be a dated, but both sound decent, there’s no shortage of features and if they had been made in the USA, you might expect to pay significantly more. 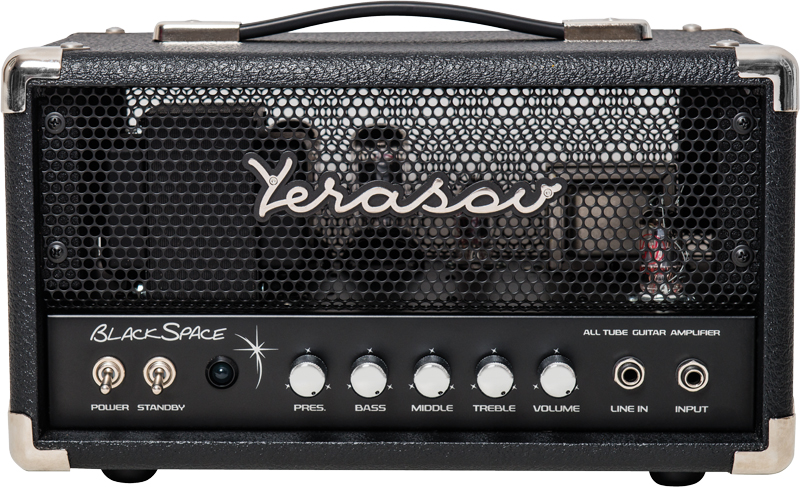 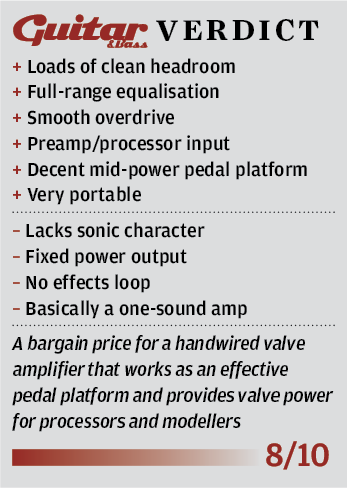 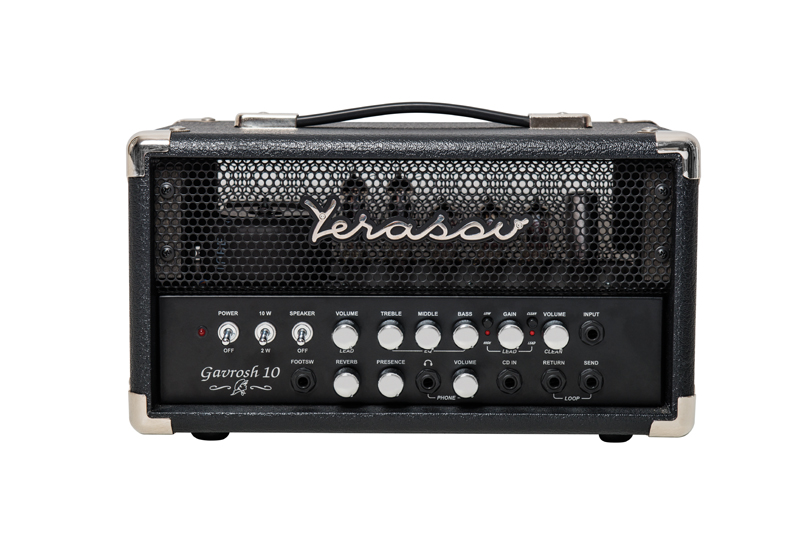 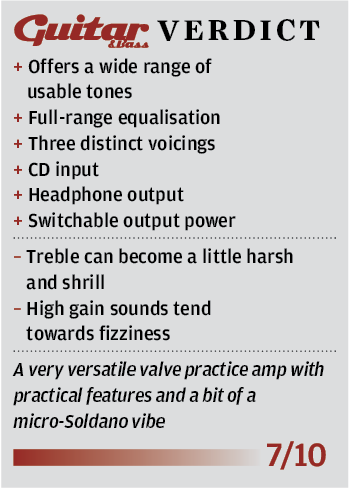