Owned by Slade’s Dave Hill for 47 years and used to record many of the Wolverhampton rockers’ mightiest songs, this much-modded custom guitar is a true icon of glam. 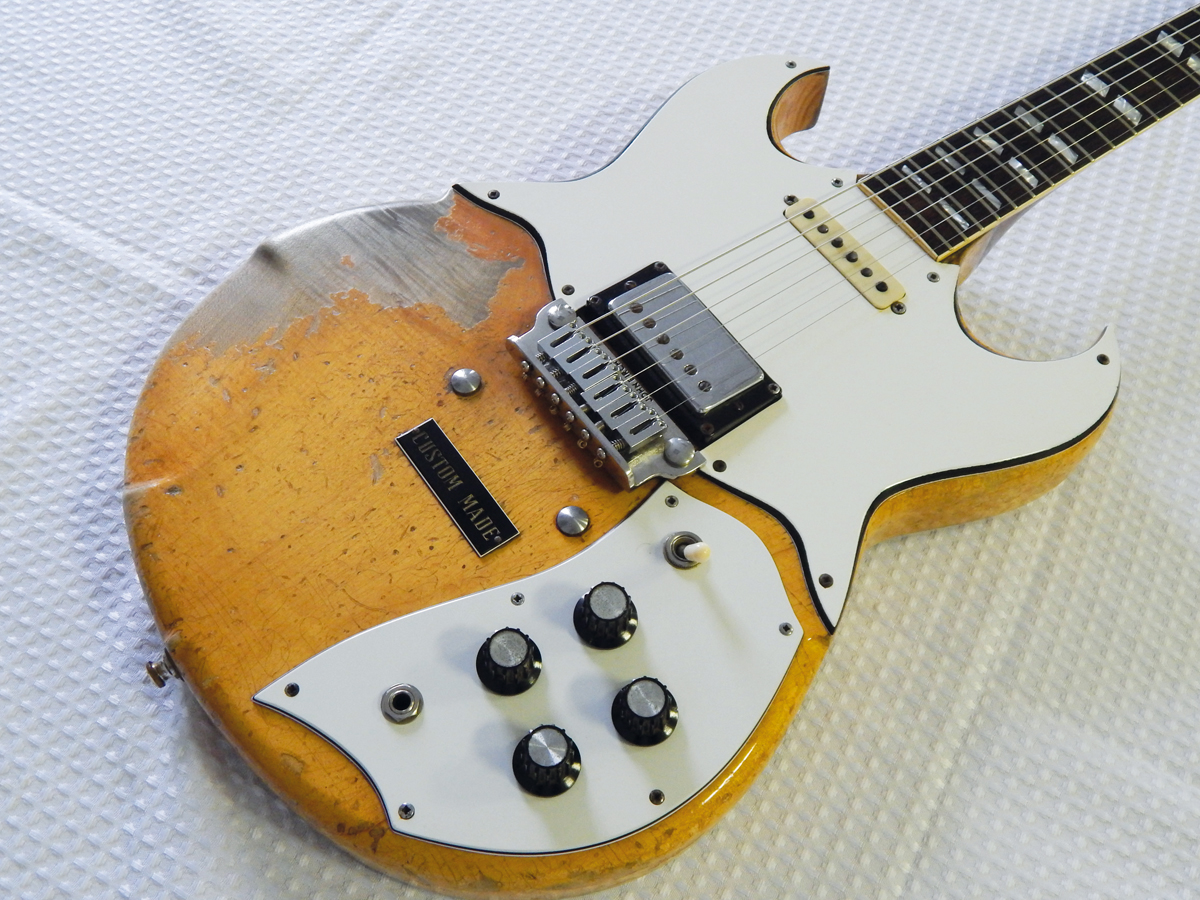 If you look at any YouTube songs of Slade in the early ’70s performing on Top Of The Pops, the chances are you will see Dave Hill using this guitar. I’ve covered a table with a sheet in readiness for the guitar’s visit to our workshop, and as I lay out my tools Dave tells us that this guitar was used on every Slade hit… regardless of other guitars he may be seen using on various promo videos and shows. ‘As soon as you plug it in to a small Fender amp, this guitar is THE Slade sound,’ he assures us. 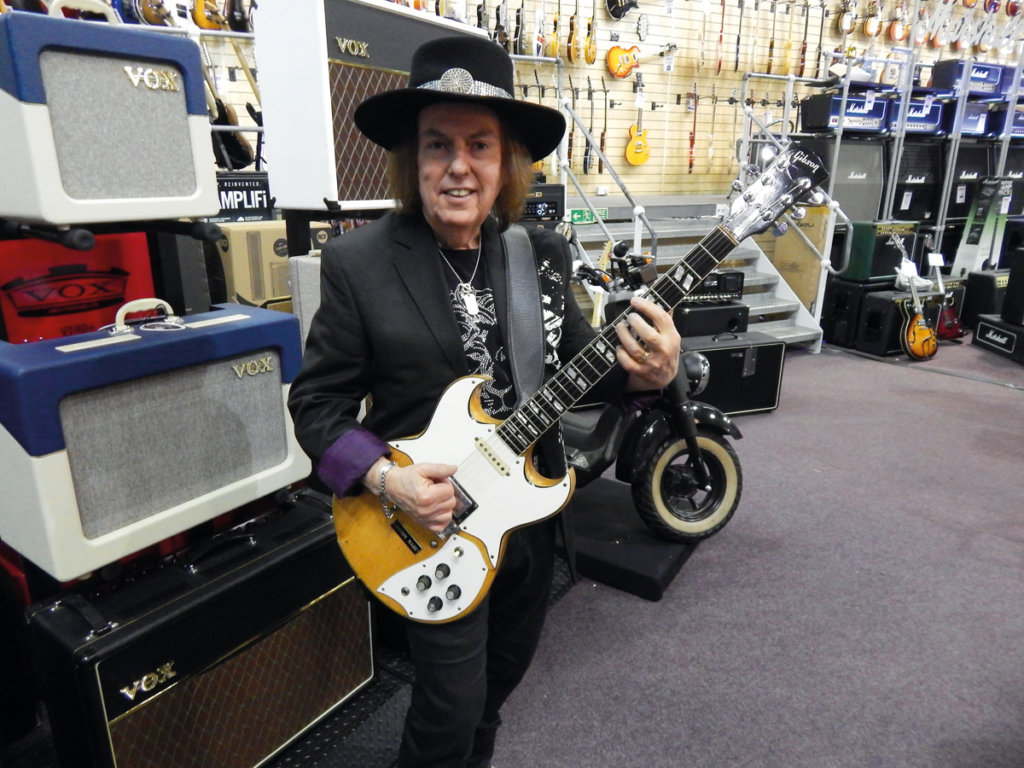 Being given permission to examine this rock icon is a special thing, as you’ve got to appreciate the value of this guitar – not only for its countless studio and live appearances, but also because it was bought for Dave by his father in the late ’60s. This not only contributes an all-important sentimental factor but also means that the guitar predates even Slade, adding even more significance.

The guitar arrived in a new Gibson case that fits it perfectly, and the first thing that strikes you as the guitar is lifted out is the weight, which is approximately 8.5lbs. Considering its history and the sheer amount of work it has done, the condition of the guitar is, generally speaking, quite good; of course there’s been some damage along the way and some headstock repairs too, but this a unique-looking guitar with a great history and vibe. 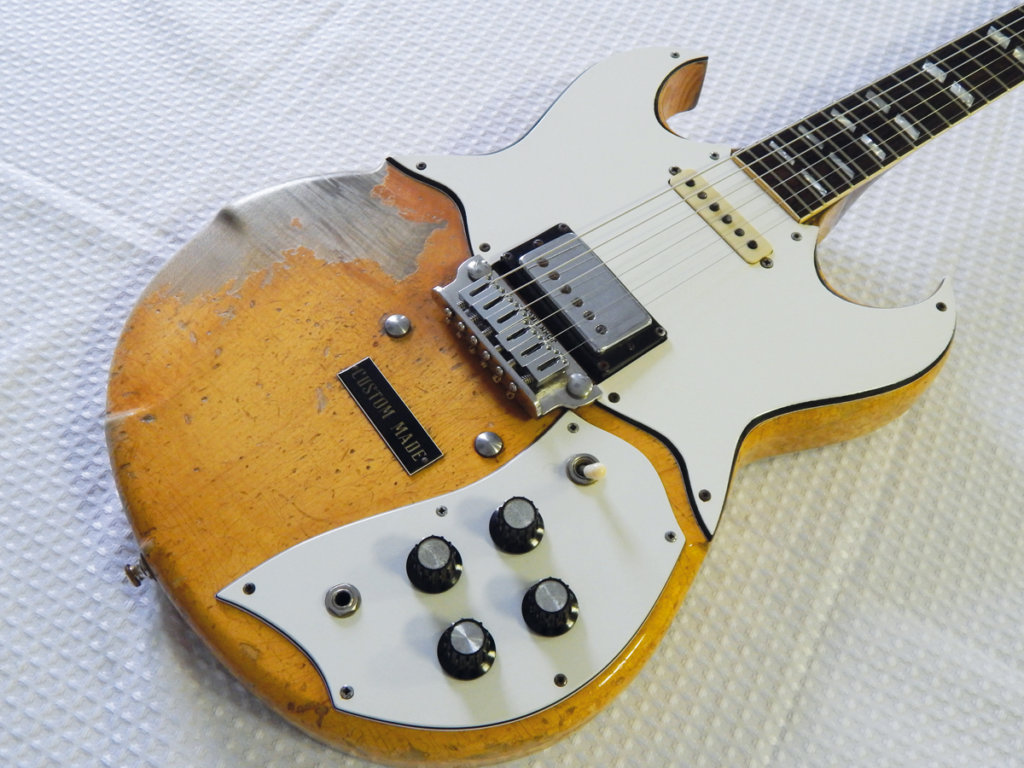 Early Days
In 1968, before Slade had achieved any success, Dave’s father took him to London to buy this guitar. It was built by Sam Li (aka Lee), who had a workshop in Gerrard Place in the late ’60s. There is a story that Sam Li may have worked at some point on Peter Green’s Les Paul; although he had a reputation as a good repairman and enjoyed a good trade working as a set-up man for Selmer’s, he could also refinish guitars. Sam’s strong points, however, did not include wiring and guitar electronics… more on this later.

The Sam Li guitar was in the window of a Shaftesbury Avenue shop when Dave spotted it, and his father purchased it for £220. Shaftesbury Avenue, as we know, also gave its name to a brand of guitars, Shaftesbury, an import line distributed by Rose Morris between 1968 and 1974. 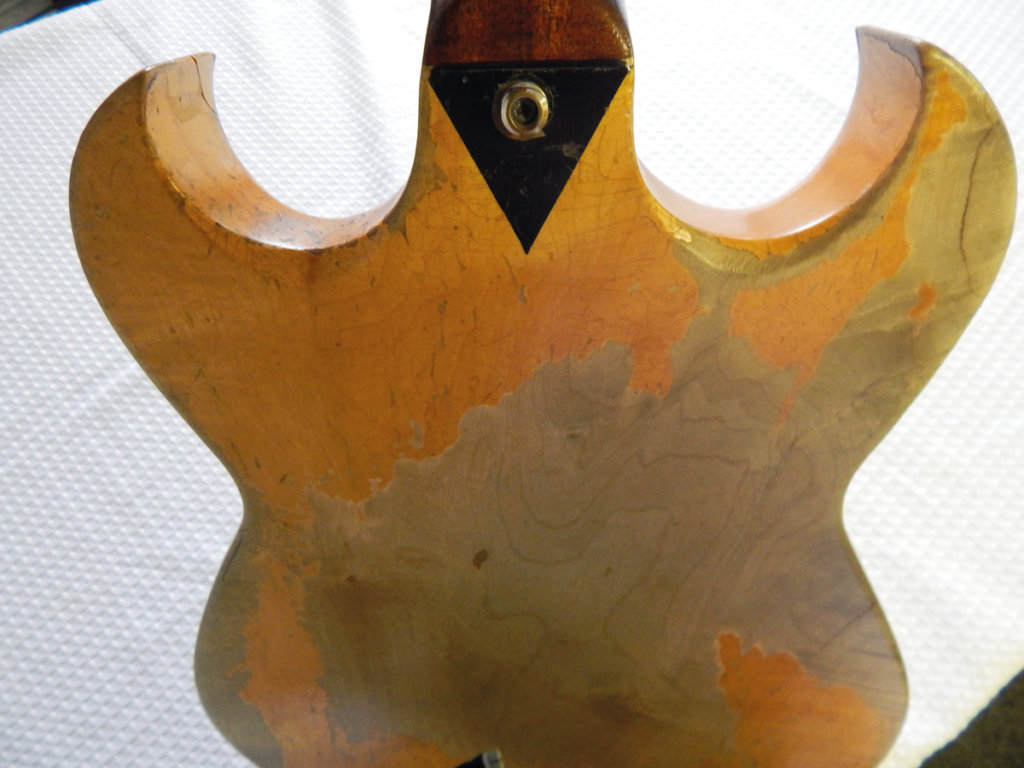 Rear of the maple body, with chamfers on the cutaways

Rose Morris also had the concessions for Marshall and Rickenbacker, and Rickenbacker-alikes appeared under the Shaftesbury name in the latter part of 1968, including a six-string, a 12-string and a bass, all modelled on the Rickenbacker 330. Hardware and pickups were vaguely similar to the originals and were of fairly good quality. Interestingly, the original toggle switch on Dave Hill’s guitar is metal, which is very much like the one on the 330-type Shaftesbury guitars.

The first TV use of this guitar can be seen on a black and white film of Slade performing a Paul McCartney song called Martha My Dear in May 1969. Having done a timeline on this guitar, it’s interesting to see when things got changed along the way.

In January 1971 the track Get Down And Get With It was released, and the guitar at this point looked much the same as when it was purchased, with a fat, almost SG-shaped maple body, a humbucker in the bridge, a single coil in the neck, and a large scratchplate surrounding both pickups. There was a separate control plate with two volume and two tone pots, but the metal toggle switch was located in the lower part of the control plate, near the bridge volume pot. 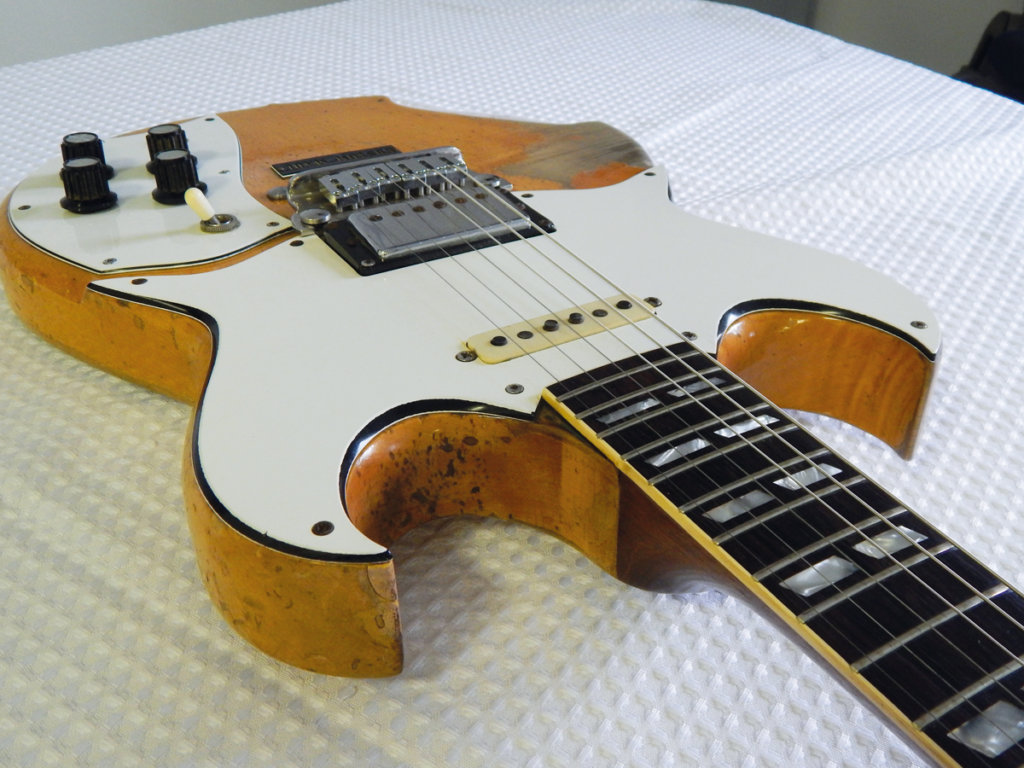 On the front, even the scratchplate is smoothed into the cutaway

A Gibson Tun-O-Matic bridge and tailpiece was fitted, and behind the tailpiece was a small plastic plaque with the words ‘Custom Made’ inscribed on it. The plaque is slightly smaller than the ones fitted to Gibson 345/335 models as they would have small ornate squares at either end, but the guitar was not actually custom-made for Dave. The neck is taken from a Gibson ES-345 and has Grover machineheads fitted.

Body
The large body of this double-cutaway guitar is made of maple, ochre in colour and worn away in the upper part where the arm would rest (or, in Dave’s case, never be still). It’s actually quite a complex shape, with different levels and contours blending into one another.

The whole top of the body ‘steps down’ from the area under the scratchplate to the lower part of the body, and there’s an edge-contour in the forearm area which has discoloured over the years with wear: it looks very smooth and shiny. Around the area of the horns the body thickness is slightly more than that of a Les Paul Standard, and the lower horn keeps the thickness along the bottom of the guitar, but is bevelled into the cutaway.

The top horn is the same until the edge of the scratchplate where it starts to step down twice and becomes thinner. Looking at this unusual design from different angles, it’s really quite tastefully done. There are plenty of the knocks and dents you’d expect to see, and every one of them would have a story to tell.

Steve Clarke is an experienced guitar tech and can be contacted via Famousfrets.com or by email at stacmusic@yahoo.co.uk