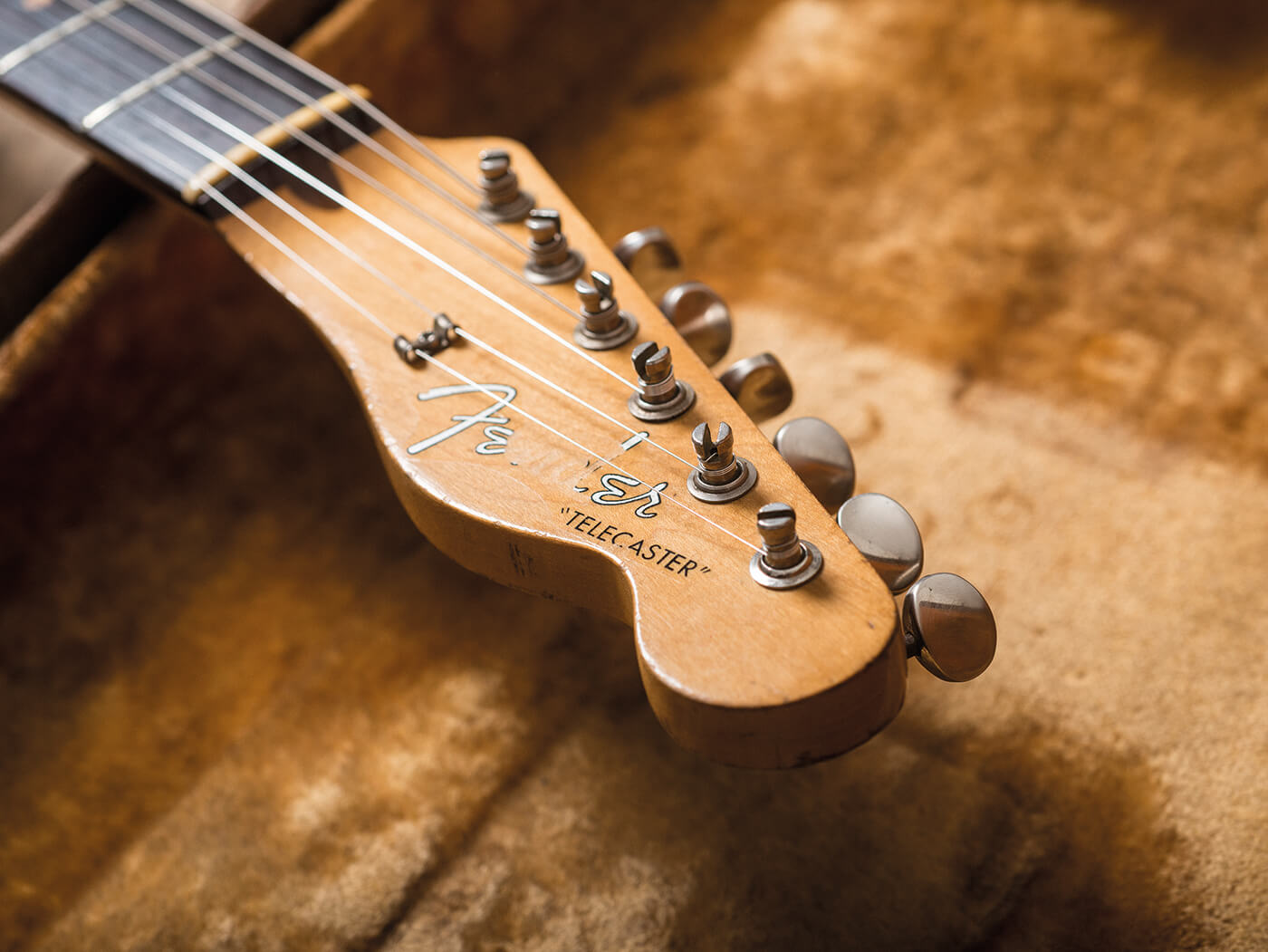 If you’re feeling a sense of déjà vu, we don’t blame you.

Recently unearthed by our friends at ATB Guitars in Cheltenham, this is the prototype Custom Telecaster that starred in Fender catalogues from its introduction in 1959 right up to 1966. Recognisable as the same instrument due to the double-bound, one-piece ash body’s distinctive grain pattern and unusually wide sunburst, the guitar – which has a neck date of 10/58 – was used as the catalogue model for both the Custom Telecaster and Custom Esquire, posing with an alternative pickguard when photographed in single-pickup configuration.

Interesting transitional specifications include an early slab rosewood ’board, walnut plug and skunk stripe, and while the peghead logo predates the ‘Custom Telecaster’ logo that would arrive later in 1959, the decal and position are consistent with the original catalogue shots. This instrument was obtained as a husk and restored lovingly with vintage parts.

Visit atbguitars.com for the full story.