Rare Guitars: This 1960 Gibson Les Paul Standard is one of Italy’s first Bursts

This Les Paul has certainly had a colourful life of mods and repairs, though that hasn’t damaged its appeal one bit. 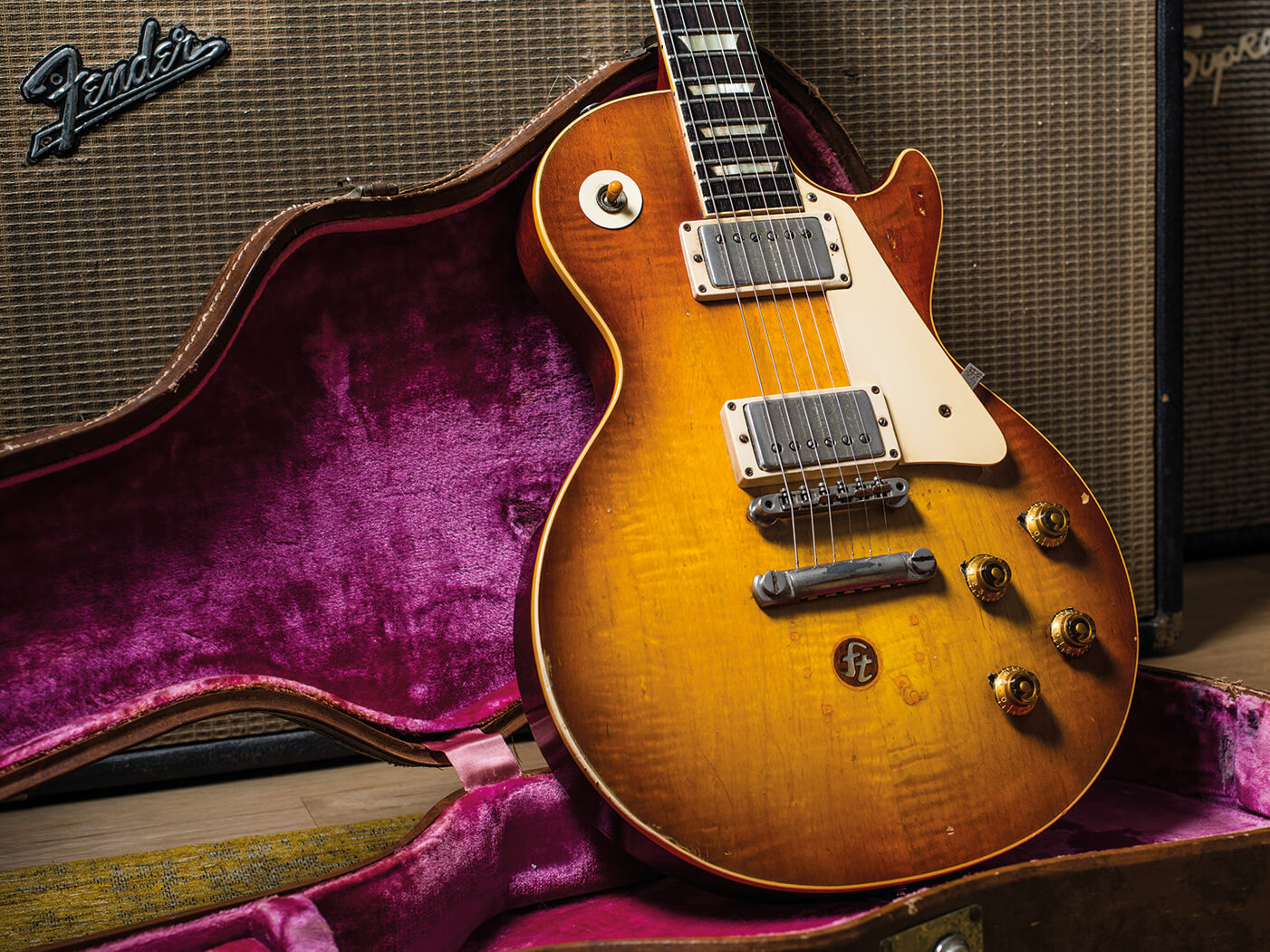 Gibson moved to colourfast ‘tomato soup’ sunburst finishes in mid 1960, but Bursts from earlier that year are to all intents and purposes ’59s, as evidenced here by serial number 0-1500, with its partially faded finish and transitional neck profile.

One of three Les Paul Standards sold in Italy in 1960, this guitar was nicknamed ‘Giotto’ after the 14th-century Florentine Gothic/proto-Renaissance painter. Its first paintings with sound were made by a local musician who added a Hagström vibrato and broke its headstock.

During the 1980s, second owner Franco Tonini converted it back to a stoptail, covering the Hagström vibrato rout with an inlay featuring his initials. It certainly gives the guitar an unmistakable look and makes this Burst slightly more affordable than many – although at €174,300, we’re still firmly in high-end collector and rockstar territory.

Visit mattsguitar.shop for more on this distinctive and glorious-sounding Les Paul Standard. And read our interview with the shop owner, Matthieu Lucas.